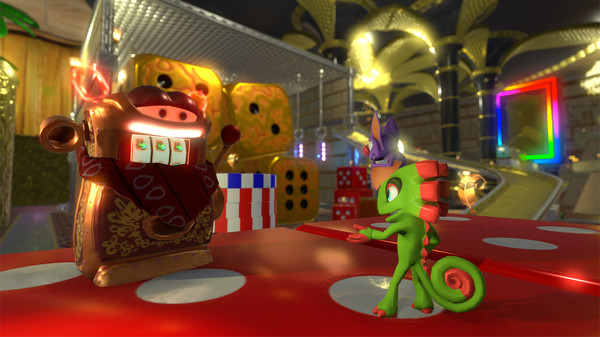 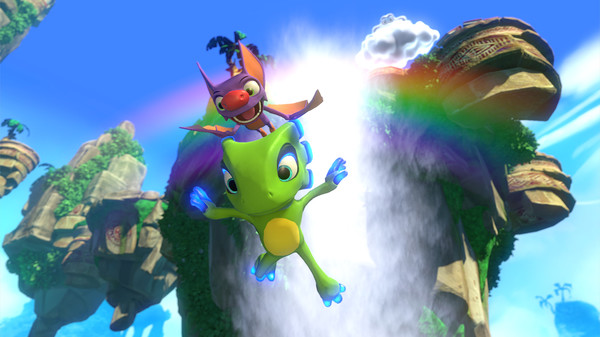 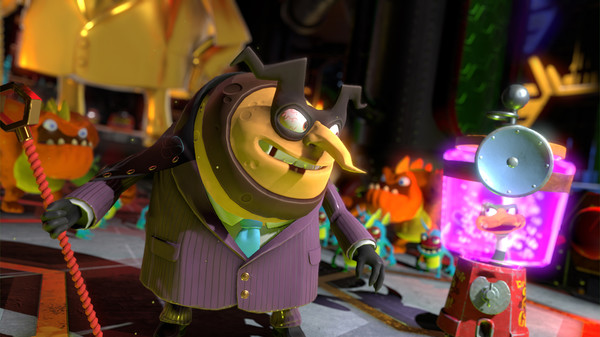 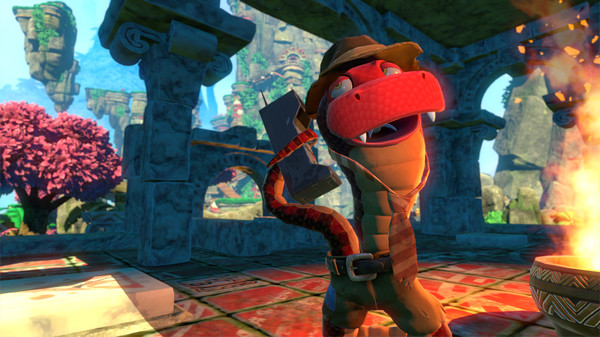 Uploaded: 26.04.2021
Content: text 17 symbols
Loyalty discount! If the total amount of your purchases from the seller Key_keeper more than:
If you want to know your discount rate, please provide your email:

Key_keeper information about the seller and his items
offlineAsk a question

Yooka-Laylee is a new platformer from Playtonic studio!

Two friends named Yooka (this is the one that is green) and Laylee (nosed bat with a sarcastic disposition) are waiting for huge beautiful worlds, meetings (and fights) with unforgettable characters and a fight with the sinister corporation Capital B, which decided to collect all the books in the world and ... turn them into net income!

Using a whole arsenal of special techniques, our heroes will have to solve various puzzles and perform feats on platforms in search of Pagies - treasures that allow you to discover new dizzying worlds teeming with all kinds of eccentrics and villains, as well as races, arcades, quizzes, team games ... and much more. others!

INTRODUCING NEW HEROES: Yooka and Laylee boast an arsenal of abilities that can be unlocked from the serpent trader Trowzer.

CREATE YOURSELF: Freely buy and discover new moves, develop your favorite worlds, transforming them into huge and complex playgrounds, use gameplay modifiers in the form of potions, creating your own style of play. A different game for each player!

Collect a variety of fun and useful items that influence the course of the game - for example, the energy of a double-action butterfly or cunning ghosts!

SUPER TEAM: Meet (and sometimes fights) with many memorable characters, born of the talent of the creators of legendary platformers who are destined to live in the Playtonic universe. And each of them has its own way of grunting, squealing and squeaking!

YOUR DREAM SOUNDTRACK: David Wise (Donkey Kong Country) and Grant Kirkhope (Banjo-Kazooie) create a musical masterpiece! There is a lot to listen to in this game!

PLAY IN TWO: There are two heroes, but there can be two players! Yooka-Laylee can be played in cooperative mode. Taking control of a special assistant hero, the second player will stun enemies and assist Yooka and Laylee in difficult situations. You won´t have to carry anyone.

AND A LOT OF EVERYTHING! Awesome boss fights, cart races, retro-fantasy arcade games, quizzes and more than 8 unique multiplayer games!