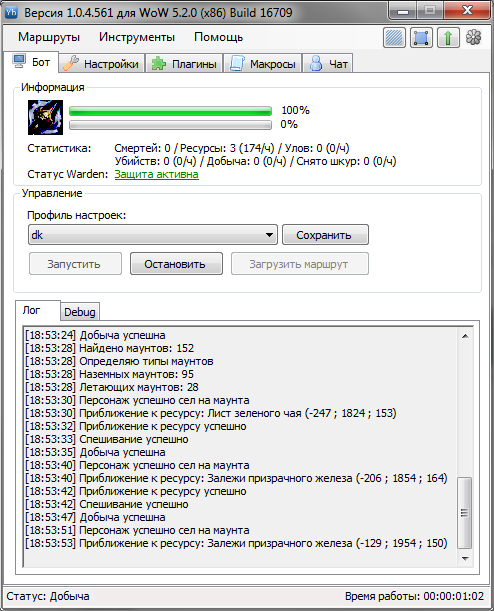 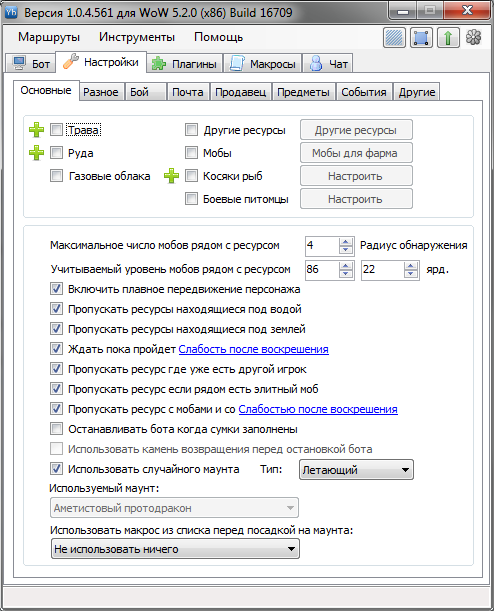 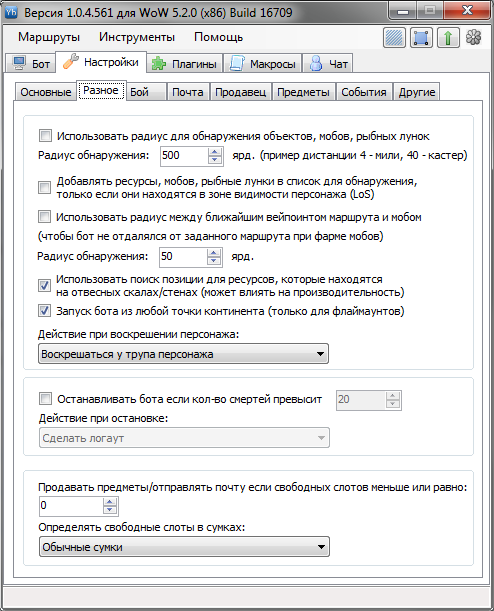 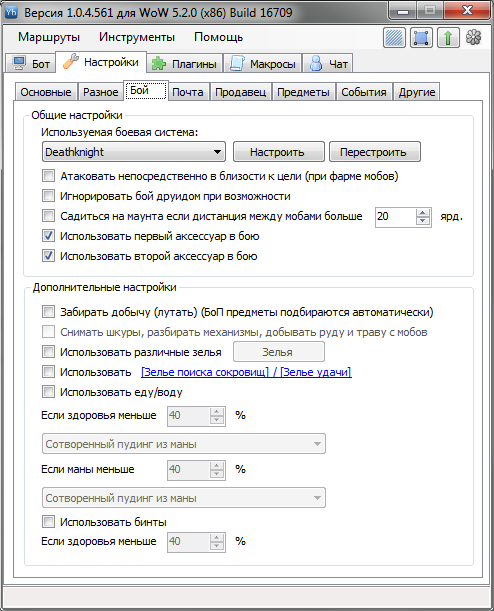 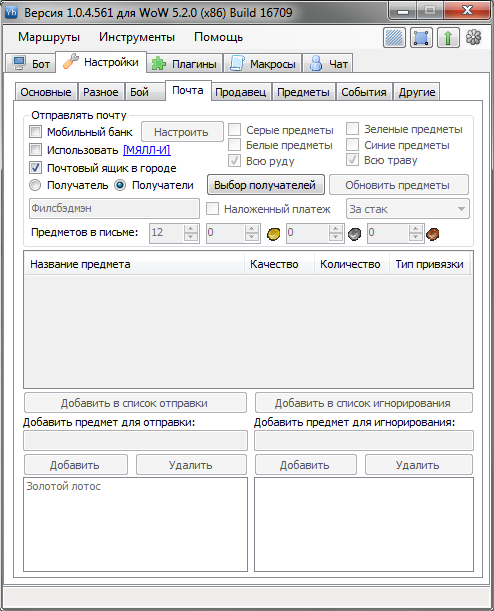 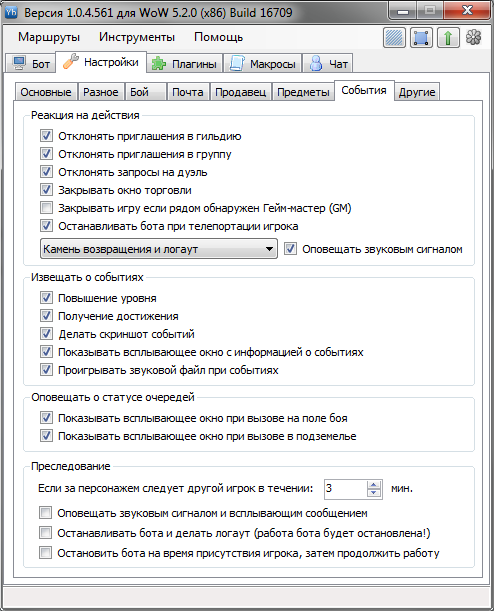 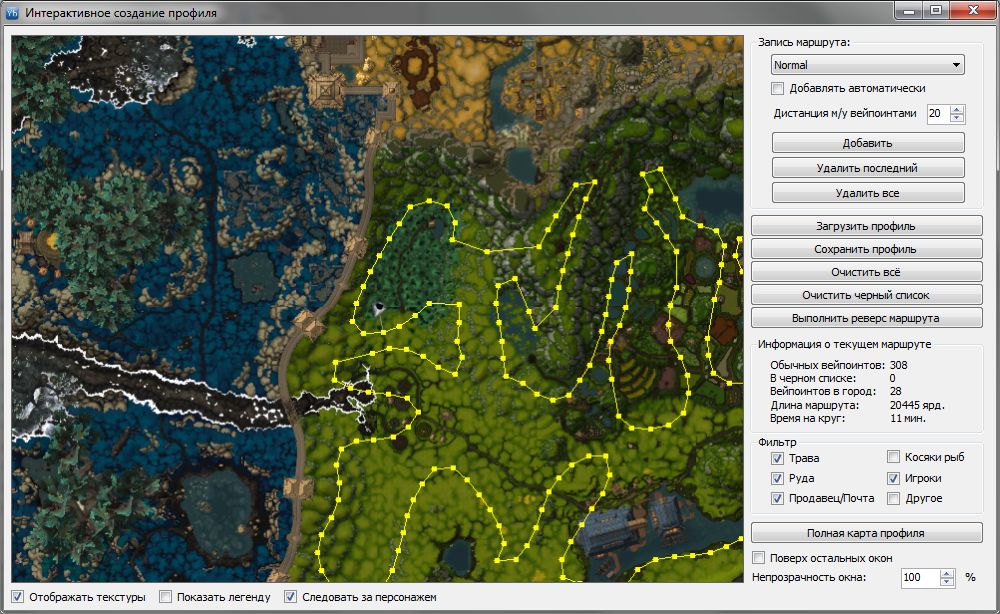 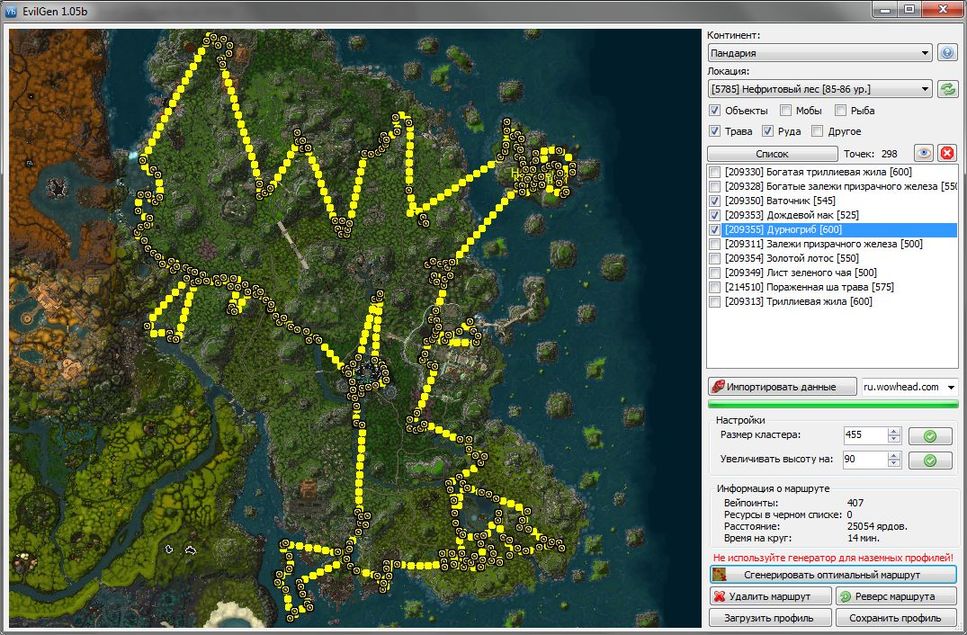 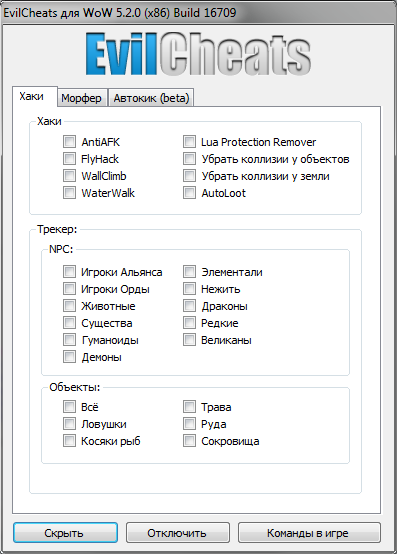 Uploaded: 20.05.2014
Content: text 182 symbols
Loyalty discount! If the total amount of your purchases from the seller evilbots more than:
If you want to know your discount rate, please provide your email:

evilbots information about the seller and his items

Powered by the official World of Warcraft servers and supports the latest version of the game - 6.2.3.

Boat supports ALL localization of the game.


YASB - is the best bot for farming and fishing of all existing bots of this type, the bot with "mind" uses spells and attacks mobs, if necessary, Buffalo, uses "prokovye" spells, as well as accessories and racial abilities!


Warning! YASB first boat, which was to maintain the function of the new additions Mists of Pandaria - Battle pets. Try the demo and see for yourself!


You do not need to monitor the actions of the bot, for example in the case of disconnection he perezaydet in the game, and when filled bags to go to the city and will send these items to your other character. Boat can operate continuously for weeks without your control.

- Boat conducts a detailed log of all actions, the statistics of deaths collected resources of fish caught, killed by mobs;

At any time you can see when and what to farm bot.

- Boat runs in the background, the number of launches bot on the same machine - unlimited;

- Remote management via Telnet or bot ICQ, from your smart phone or another computer;

- The ability to completely hide the window and the window bot game, even with the taskbar;

- Ability to write plug-ins to suit your needs;

- Bot able to farm resources Vayshire, while druids can use Aquatic Form;

- Bot able to skip the resources under the ground, such as in caves and under the water resources;

- Bot able to skip the resources that have already been mined by another player;

- Bot able to skip the resources, next to which is a certain amount of mobs with a certain level;

- Bot able to farm only you specified resources;

- Bot able to fish from the wells (including the land is able to determine the position of fishing);

- Bot able to lift objects soulbound when picked up;

- Bot able to use bait or Fishing hat;

- Bot able to use racial abilities;

- Bot able to pick up loot from mobs killed and peel off the skins with all mobs killed with the possibility of sanding within 30 yards;

- Boat can be repaired if At least one of the items on the player is broken;

- In case of death, the bot will try to resurrect the corpse of the character, in case of failure, it is automatically revived in the cemetery; (In this case, it can wait until the debuff or continue to farm, but skip the resources with mobs).


Other features of the bot:

- Bot able to turn off the timer after a certain time;

- Boat can automatically reconnecting to the game when disconnection;


To work needed installed components - Microsoft .NET Framework 4.0 and Visual C ++ Redistributable package (available in the archive with the bot).


As part of the bot is present module Khakov:

- FlyHack allows you to fly.

- WallClimb allows you to climb the steep wall, rocks, etc.

- ZoomHack allows you to zoom out the camera at a very great distance.

- AntiAFK lets not go into a state of AFK.

- Lua Protection Remover removes ban on the use of protected lua functions.

- Ability to remove the conflict of the objects.

- Ability to remove conflict from the earth.


As part of the hack also has Morpher, which allows you to change the model of your character naturally change is visible only to you.


As part of the bot also present the profile generator - EvilGen, unique in its kind, with it you can create routes only a couple of mouse clicks.


Boat has a unique feature - disable rendering (graphics) in the game, this feature reduces the load on system resources and allows you to run the game even more customers!


I beg to draw your attention to the fact that at the moment you buy the bot, and the key to activate it.

Download bot by the link above, you bought the activation code can be activated once on a single computer, which will be made further use of the bot, so be careful!