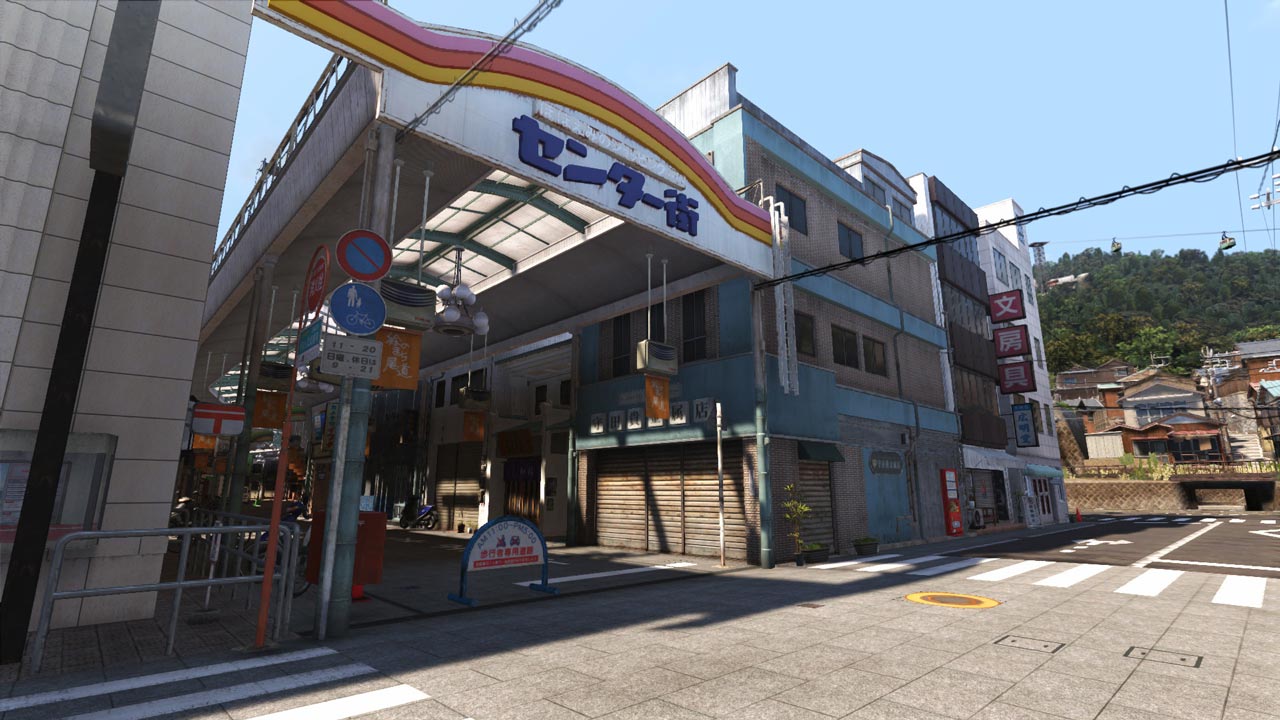 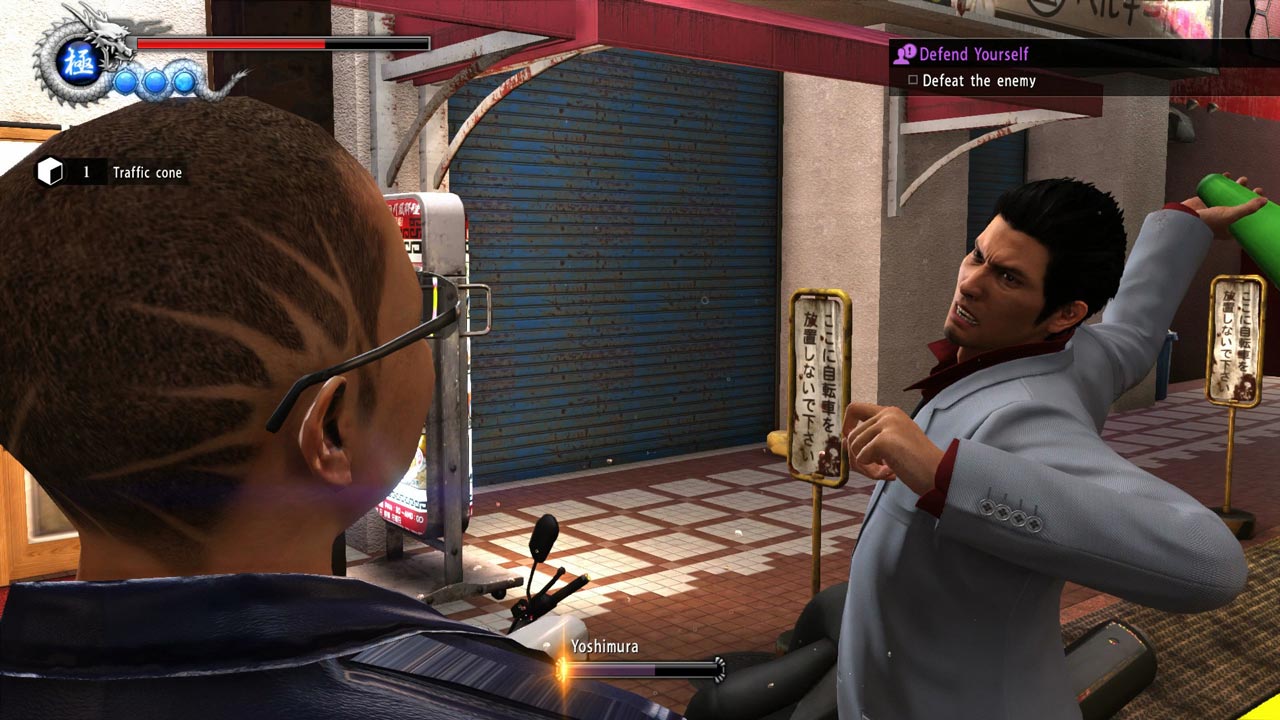 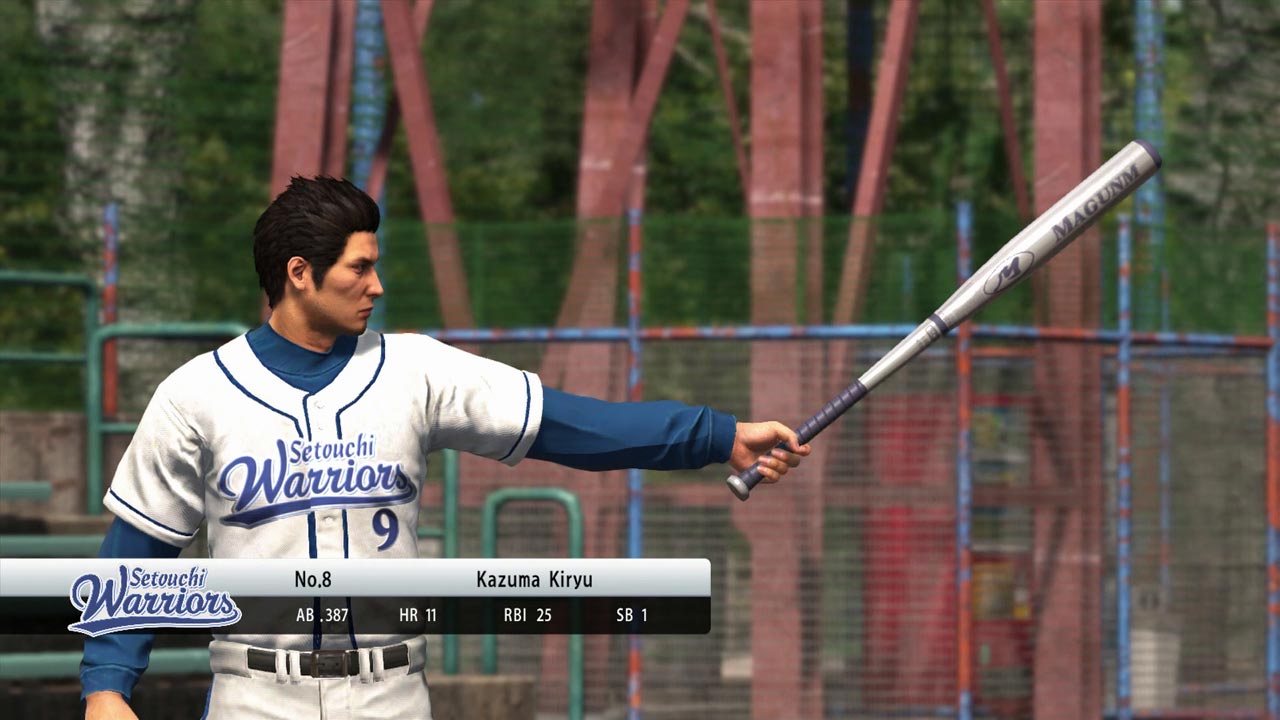 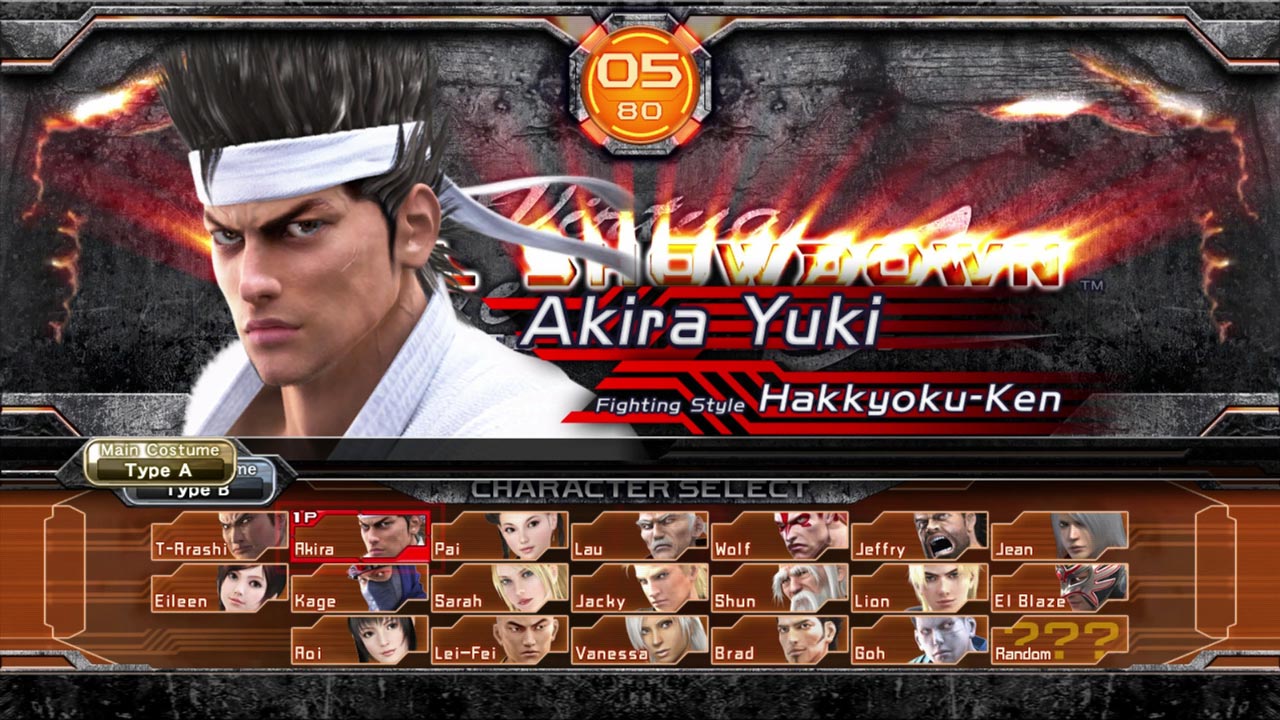 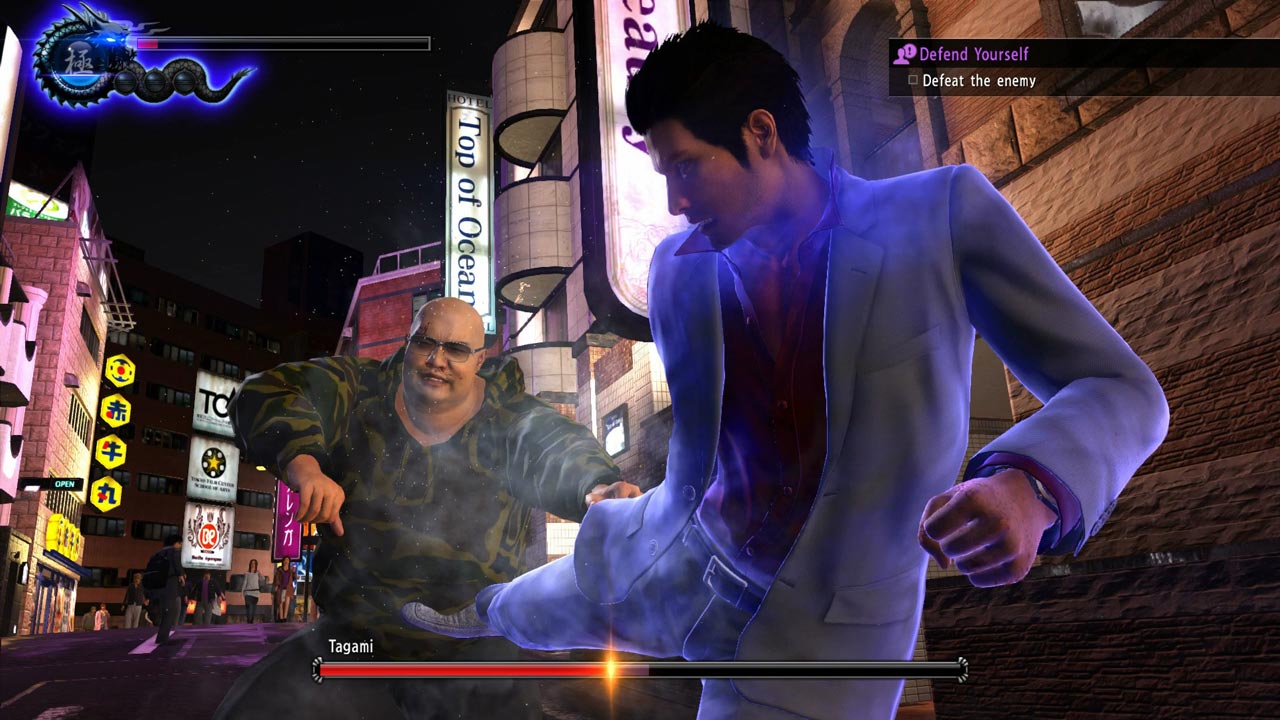 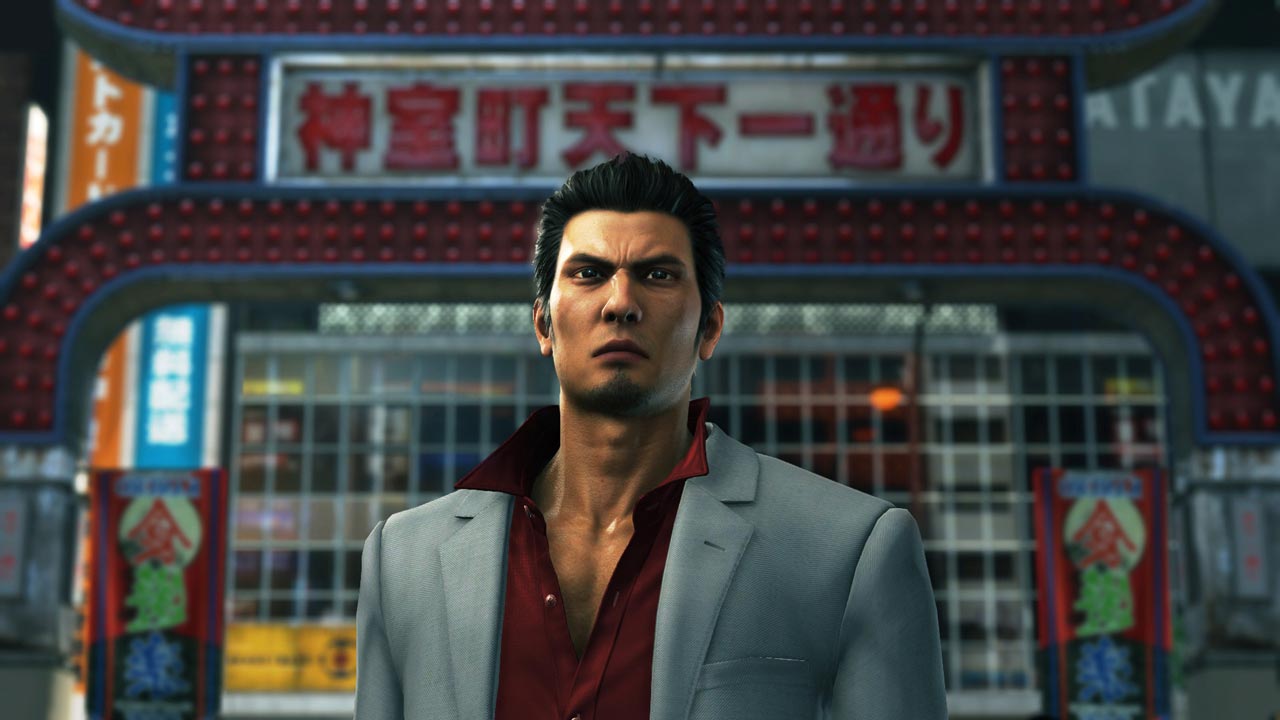 ========================================
In Yakuza 6, Kazuma Kiryu has to unravel the knot of dark incidents and answer the question of what a person is ready to sacrifice for the sake of his family - and close people are not always tied only by blood ties. After spending three years in prison, aged and having seen a lot, Kiryu learns about the mysterious disappearance of his adopted daughter Haruka. The trail leads him to the familiar streets of Kamuro-cho, where he soon finds out that Haruka was hit by a car, and now she is in a coma. Not only that, it turns out that Haruka has a son that Kiryu has to look after. And now Kiryu - with the baby in her arms - must travel to the coastal town of Onomichi to find out the truth about Haruka and her son, as well as unravel the sinister mystery of the local yakuza.

Yakuza 6 takes place in two locations - the incredibly realistic Onomichi, a lovely and quiet port town in Hiroshima Prefecture, and the even more compelling Kamuro-cho, Tokyo´s largest red-light district. As always, you will see a dark crime story and hurricane battles, as well as a lot of temptations and entertainment that fill these two so different, but equally beautiful places.

Meet the new Dragon Engine - the world of Yakuza you´ve never seen before. Yakuza 6 is the first game in the series built from the ground up for its generation of devices. It allows you to take a fresh look at the underworld of Japan. Detailed graphics, realistic animation, a new physics model, interactive showcases, smooth transitions and much more are waiting for you.

Explore the revamped Kamuro-cho and scenic views of Onomichi - dazzling neon lights, adventurous townspeople, and Kamuro-cho´s idle entertainment have never looked so good. Updated mini-games - karaoke, baseball courts, darts, hostess bars and SEGA machines - bring you even more fun than before, and new items like RIZAP Gym, Cat Cafe and Clan Creator will help you relax and unwind from the brutal massacre. If you are tired of the noise of the big city, you have a direct road to Onomichi. Go to the bars, go spearfishing (dynamic rail shooter ... only with fish) and try other local activities.

All your enemies will fall - in Yakuza 6, Kiryu is even cooler than before; before you is a harsh invincible fighter, hardened by thousands of battles and perfectly mastering the art of street combat. This time he uses only one fighting style, but you can be sure that every blow he hits is like colliding with a truck. Crushing combos and killer moves await you again, but this time, having accumulated enough energy, the Dragon of Dojima can switch to Extreme Heat Mode. In this state, Kiryu radiates a blue aura and begins to inflict powerful blows - both with his fists and with any "tool" that comes to his hand.

Full Japanese dubbing - for the first time in the entire series, every line in every dialogue is dubbed here. The deep dramatic story and absurd humor for which this series is famous will now look like a real interactive film in a foreign language.

1. You need to download and install Steam http://steampowered.com/download/SteamInstall.msi (if not already installed)
2. Launch the Steam client
3. Create a new account on Steam or go to an existing one
4. Go to the "Games" section and select "Activate on Steam"
5. Enter the activation key you purchased
6. After that, the game will appear in your list of games