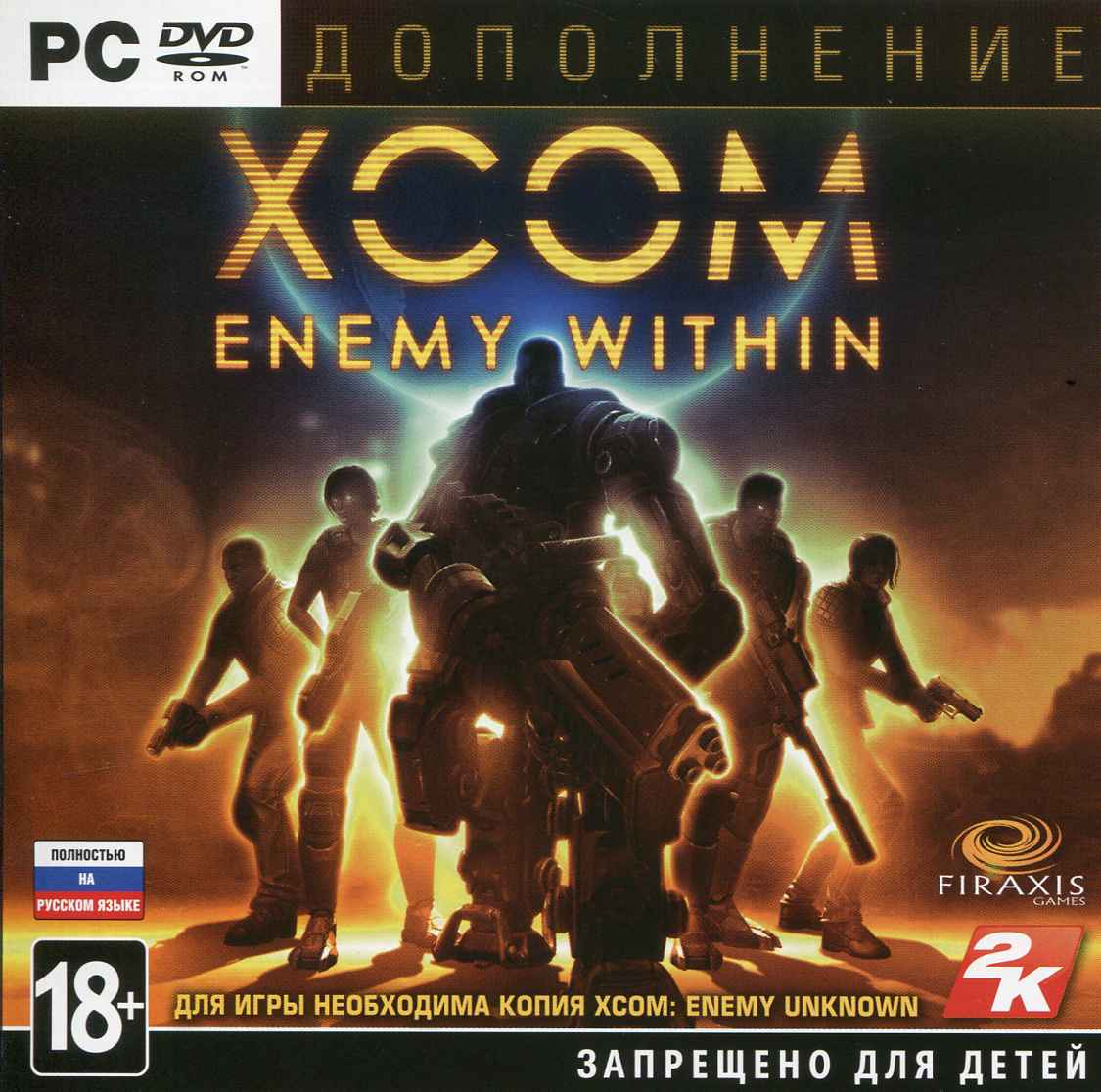 Uploaded: 19.04.2020
Content: xcom_enemy_within_0049.txt 0,02 kB
Loyalty discount! If the total amount of your purchases from the seller servicesoft more than:
If you want to know your discount rate, please provide your email:

After payment you will receive a link where you can get a license key (CD KEY) with the XCOM: Enemy Within game from the official supplier, Buka company, for activation in the STEAM system.

Reviews
“The best tactics game of the decade gets better”
9.5 out of 10 - EGM

“Enemy Within is an amazing expansion to a brilliant tactical game.” ”
9 out of 10 - IGN

XCOM®: Enemy Within is an add-on for XCOM: Enemy Unknown, a strategy that received the title of Game of the Year in 2012. Enemy Within has a huge range of new skills, improvements and weapons to deal with an alien threat. Also added a lot of new maps and missions, new elements of tactical and strategic gameplay and new content for multiplayer games, giving a lot of new sensations.

New soldier skills: Build a genetics lab to improve the physical abilities of operatives, including enhancements for the chest, brain, eyes, skin, and legs. Or build a cybernetics laboratory to make it possible to create a new Mechanized Exoskeleton Costume, aka IEC. The new class - the IEC fighter - is endowed with special skills, and each costume can be supplemented with new types of weapons, such as a flamethrower and a grenade launcher.
New weapons and equipment: provide your operatives with an additional tactical advantage thanks to the advanced projects of your team of engineers and the foundry.
New Enemies: Use different tactics to confront two new types of enemies and a deadly organization called EXALT.
New Strategic Resource: The most valuable new alien resource, known as the “composition”, has been discovered. Get it on the battlefield and skillfully use it at the base to open up new research and improvements.
New Tactical Challenges and Maps: Spy and reconnaissance operations give you new tactical challenges on 40 different maps.
New maps, skills and combat units: create your own arbitrary squad with a huge number of opportunities and surpass the enemy in intense turn-based battles one on one.

The content of this video game is fictitious and does not represent or depict real events, persons, locations or organizations during the gameplay. The creators and publishers of this game in no way support, encourage or facilitate participation in any activities reflected in the game.

By using this product, you agree to the terms of the license agreement, available at: http://www.take2games.com/eula/

13 killer games for SONY ERICSSON! (Most suitable for nokia) also has 3D games