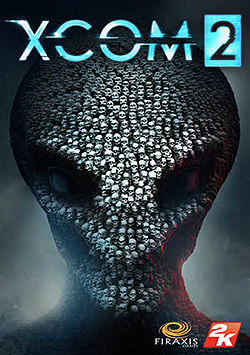 Uploaded: 18.02.2021
Content: text 17 symbols
Loyalty discount! If the total amount of your purchases from the seller SOFT-KLUB more than:
If you want to know your discount rate, please provide your email:

The earth has changed. Twenty years have passed since the world leaders signed an unconditional surrender to the aliens. Earth´s last line of defense, the XCOM organization, has been destroyed and its remnants scattered around the world. Aliens rule the planet, building it up with sparkling cities that promise a cloudless future for humanity. However, behind this magnificent façade, aliens hatch sinister plans and destroy anyone who refuses to live by their new rules.

Only those who live on the outskirts of the new world have retained the remnants of freedom, gathering strength to repel the invaders. In hiding, the remnants of XCOM are trying to find a way to rise from the ashes, expose the invaders and destroy the enemy once and for all.
XCOM UNDERGROUND: Take control of the Avenger alien transport ship, converted into XCOM´s mobile headquarters. Attack the enemy around the world, enlist the support of the population and expose their sinister plans.
RECRUIT RESISTANCE FIGHTERS: Five classes of fighters, each with their own unique class talent tree, including powerful abilities such as Impulse, will allow you to create squads of soldiers whose skills are best suited to implement your tactical plans.
GUERRILLA TACTICS: New game mechanics will give you more freedom in battles. The state of the world affects the environment during each mission. Use covers to ambush enemy patrols and take trophies from the corpses of defeated opponents. Rescue VIPs and wounded comrades in arms by dragging them to the evacuation zone.
NEW GENERATION OF ENEMIES: A variety of enemies, from new alien species to Advent, the new regime´s watchdogs, create tactical diversity on the battlefield.
EXPLORE, BUILD & IMPROVE: Design and build compartments aboard the Avenger to dominate the battlefield. Use scientists and engineers to research, create and upgrade weapons and armor that are optimal for your fighting style.
EVERY QUESTION IS DIFFICULT IN ITS OWN: Go on missions around the world - from wild lands to the very center of alien-controlled cities and the depths of enemy complexes. Almost endlessly varied combinations of cards, tasks and goals await you.
CREATE YOUR OWN MODIFICATIONS: Special in-game tools allow players to create their own campaigns, tactical and strategic game features, aliens and new fighter classes, and then share them with the gaming community through the Steam Workshop.
ENCOURAGE FIRM FIGHTING WITH OTHER PLAYERS: Create mixed squads of aliens and humans and fight other players on randomly generated maps.