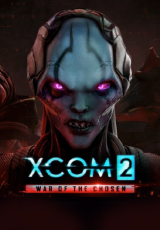 Uploaded: 27.11.2018
Content: XCOM 2 War of the Chosen_61.txt 0,24 kB
Loyalty discount! If the total amount of your purchases from the seller GameCod more than:
If you want to know your discount rate, please provide your email:

Dispatch of the gift is done within 48 hours after writing a comment.
Attention!! Putting a tip - you guarantee that you read all the conditions for the Gift and if something is not clear - asked.