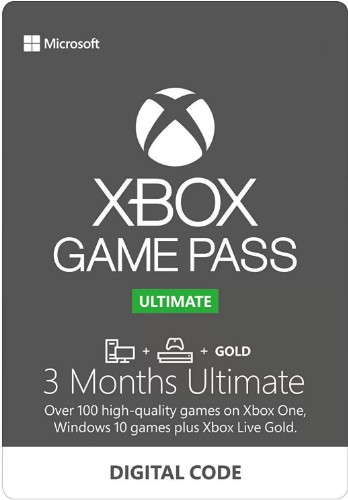 After purchasing this product, you will receive an Xbox Game Pass Ultimate subscription 3 months. Suitable for all regions.

To activate the key on your account, you may need a VPN connection. Activation instructions are attached to the code.

An Xbox Game Pass Ultimate subscription gives you access to a catalog of games for Xbox One and Windows 10 PCs. You can launch games from Xbox Game Studios on the day of release. In addition, the owner automatically receives an Xbox Live Gold subscription with access to exclusive network features, special discounts, and free games every month.