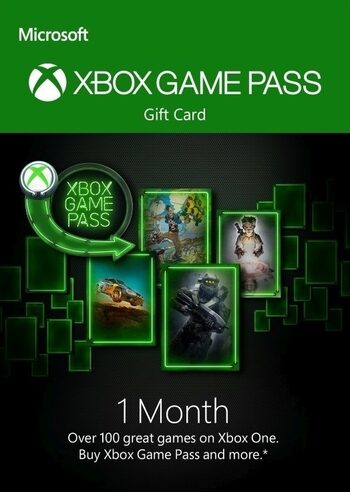 Catalog of Xbox Game Pass Ultimate games
Explore an ever-growing digital library of popular gaming titles published for Xbox consoles and Windows 10. Over 100 games are included in the collection with at least 20 of them being available for PC. Xbox Game Pass Ultimate (14 days trial) catalog includes such Microsoft exclusives like Forza Horizon 4, Sea of Thieves, Halo: The Master Chief Collection, Gears of War, and multiple other games from third-party publishers! Each title is backwards compatible with Xbox One, but numerous games also run on the 7th generation Xbox 360 console.

Two Ways to Activate
Okay, so you’ve bought the Xbox Game Pass Ultimate code, what’s next? How to receive all the above-mentioned benefits? How to activate this key? What’s this code all about? Look no further because you’re fully covered! Here are the two most convenient ways on how you can activate your prepaid key codes!

If you are using an Xbox One console to activate Xbox Game Pass Ultimate membership 14 days trial:

• When on the Home screen, go to the Store selection;
• Find Categories selection, choose Games option;
• Choose the Use a Code feature (or shout out at your controller – Xbox, use code!);
• Sign in if prompted;
• Your prepaid key will either come in the form of a QR code, or the 25-character code;
• In the case of QR code hold it to your Kinect sensor. In the case of the 25-character code, simply enter it by hand.
If you want to activate your Microsoft Ultimate 14 days trial via Web Browser: