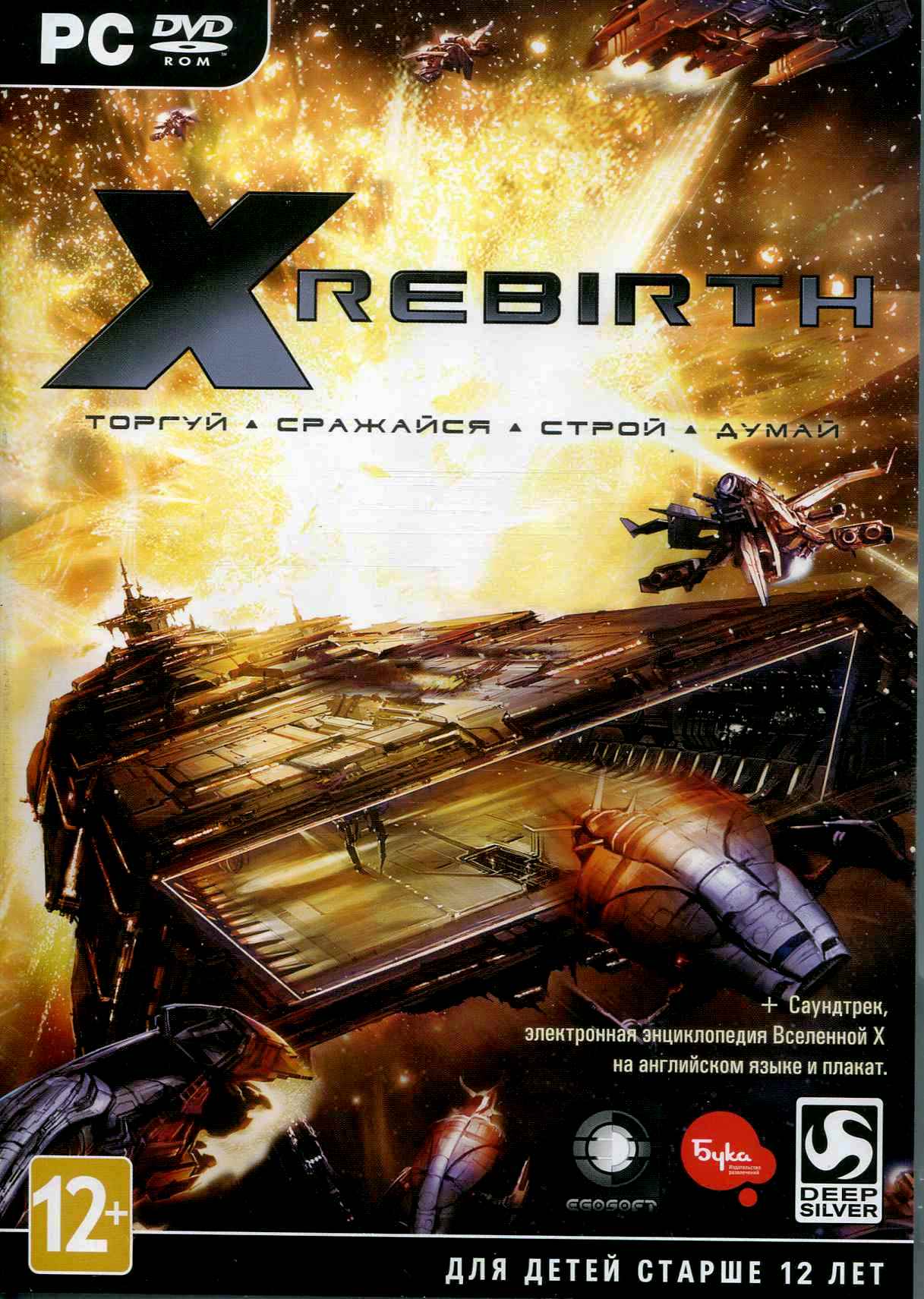 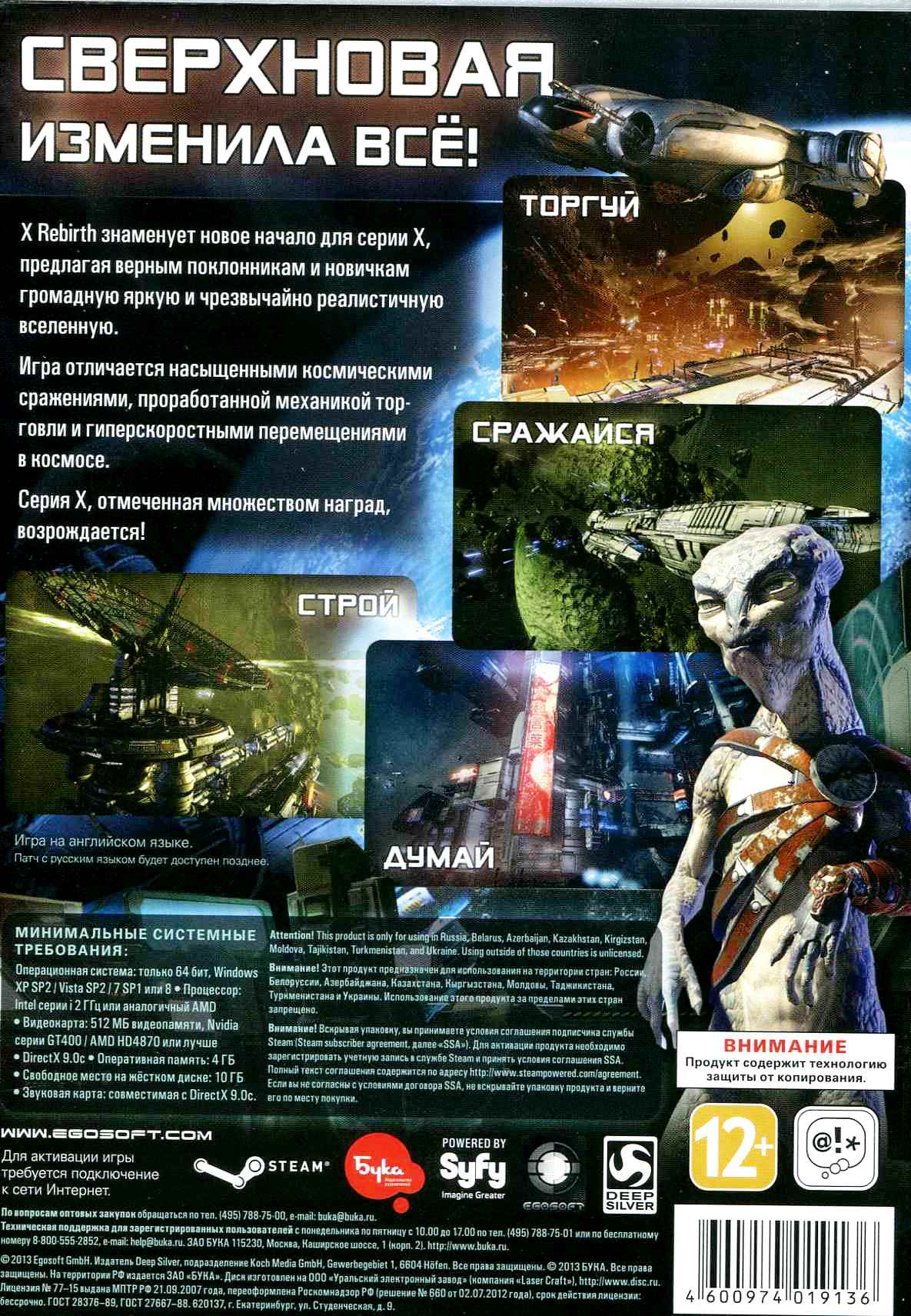 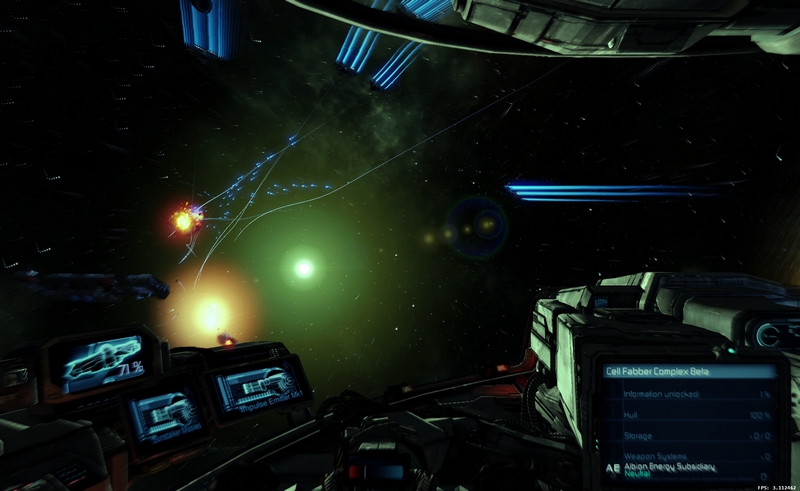 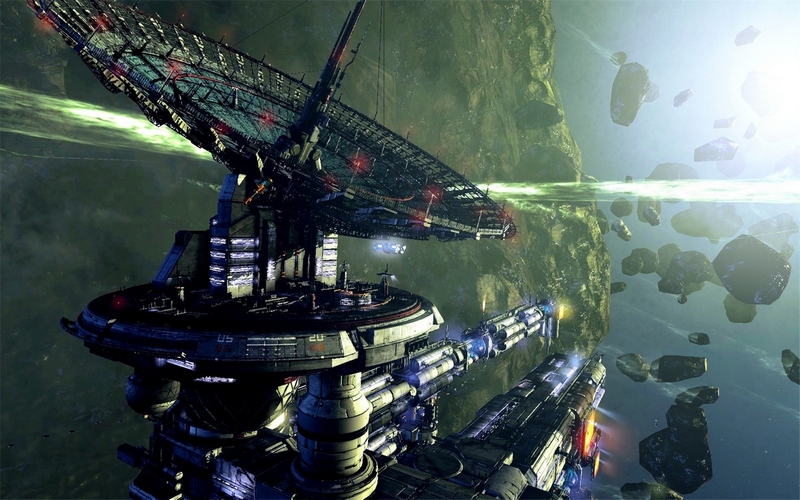 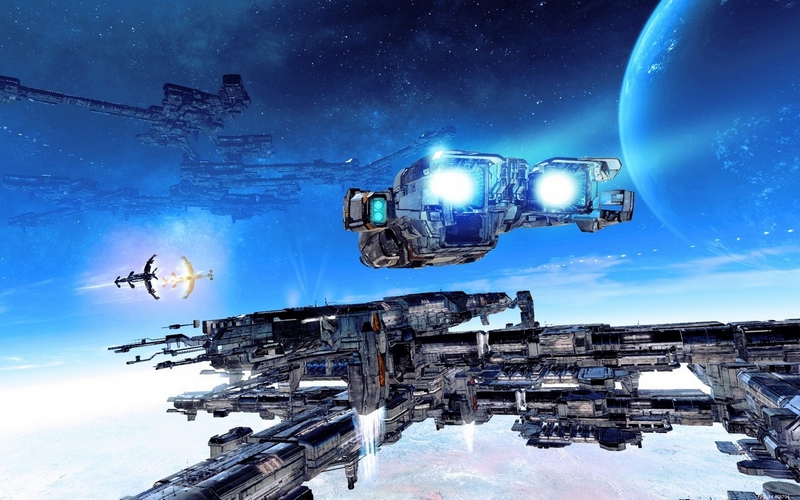 Uploaded: 25.11.2014
Content: X_Rebirth_038.jpg 7,91 kB
Loyalty discount! If the total amount of your purchases from the seller XBOX66 more than:
If you want to know your discount rate, please provide your email:


After the payment order, the system will automatically send you an e-mail to the link to download the license activation key games in Steam X Rebirth.


NOTE: This is the official version of the company "Buka" - it has a territorial restrictions (suitable only for Russia and CIS countries)


1. You need to download and install Steam http://store.steampowered.com/ (if not already installed)


Distant future. X Universe is being radical and irreversible change. As the world steps into uncertainty, new enemies rise in search of power. At the same time our heroes - the young adventurer and his companion, - meet the endless adventure. Two young men on a distinguished in battles battered spaceship collide with the universe one by one and will play a key role in future events. The fate of the galaxy in the hands of the player ...


X Rebirth - a revival of a series of space simulator "X". The new game is being developed for both fans of the series X, as well as for beginners who are just going to go into an endless journey through the vast, bright and full of life the world!


Many game elements! Epic battles in space, more detailed mechanics of trading, high-speed space exploration with the possibility of instant travel - all this and more constitutes an absolutely unique space saga, the events that will not allow you to break away from the monitor hundreds of hours.


X Rebirth brings a new gaming experience - easy for beginners, and the development of deep enough to fans of the series were satisfied!


Trade! The economic model is extremely realistic. Your every action counts! Travel through the cities, swarming ships and drones to retrieve its economic benefits.


Each ship has its own purpose. Stop the freight carrying certain goods and its delivery was suspended, causing a rise in prices.


Fight! The scale of the battles in X Rebirth no limits - from small local skirmishes to epic carnage between fleets!


Wage war on all levels. Destroy the turrets and shield generators to weaken the enemy, damage the engines and hyperdrive, so as not to give opponents disappear, stop operation of factories and plants to bring down the economy.


Build! Create your personal empire! You can have it all - from trade and exchange offices to large plants, from farms to high-tech military systems. Build for sales and profit, or to strengthen its military power, and crush the enemy.


Expand and strengthen its stations to make them work more efficiently. In X Rebirth, you can personally see how the process occurs each. Collect resources themselves to the development of your empire went like clockwork.


Make decisions! The rich storyline with a mass of small details, which you can always participate and change the course of events. You determine your pace of studying the universe - choose your own path and do administer their own destiny.

We are the official supplier of the publisher - JSC "Buka"

We do not buy ratings (for gifts and so forth.), Any feedback can be left alone if you w

Other games from Buka: http://xbox66.plati.market/