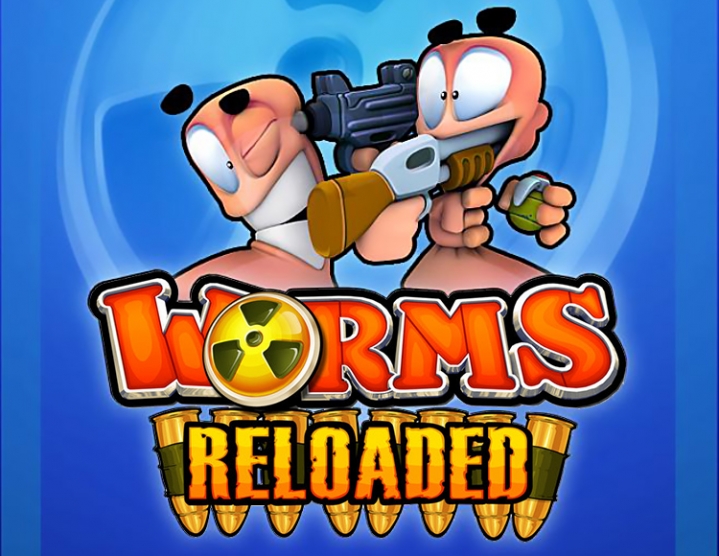 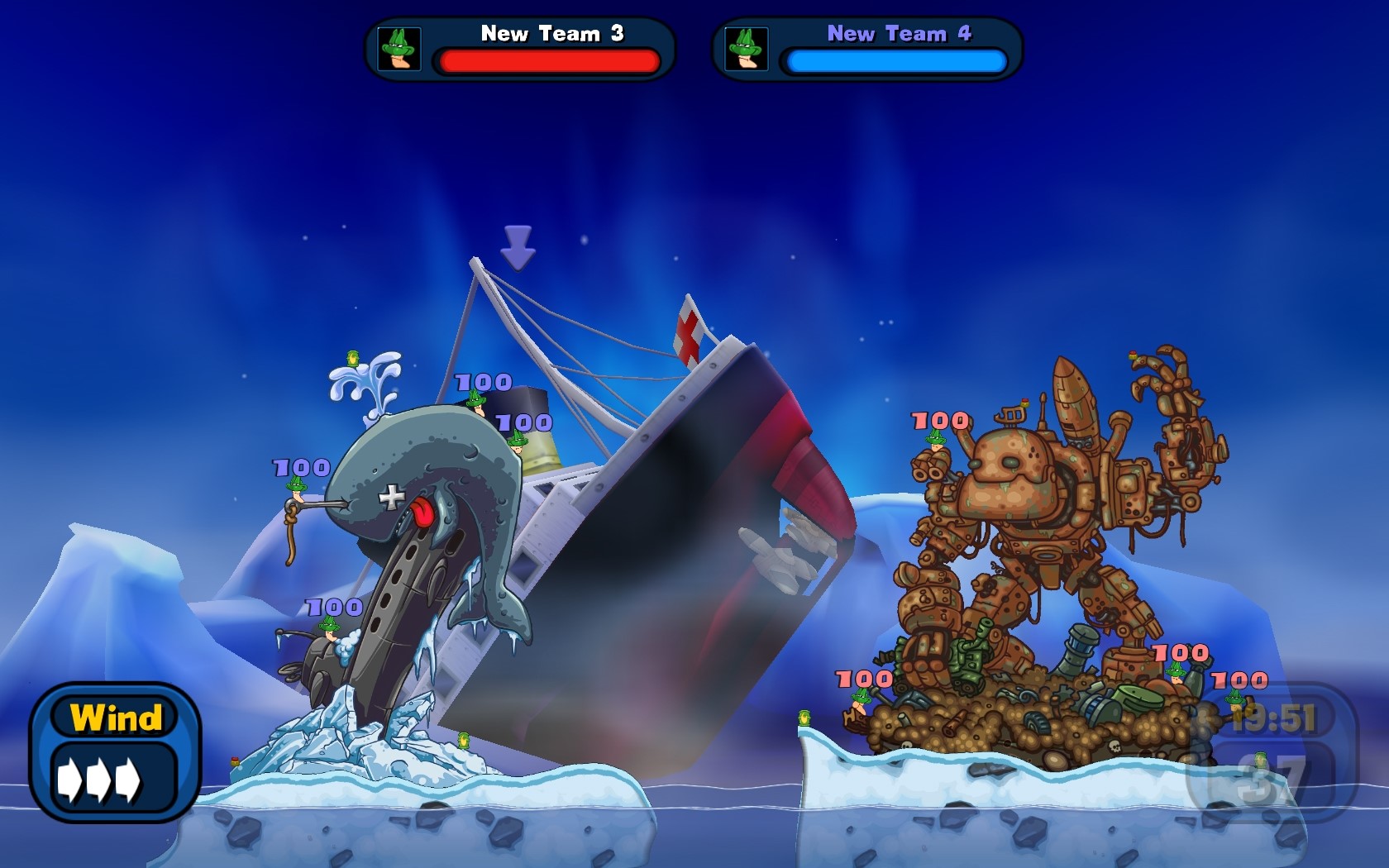 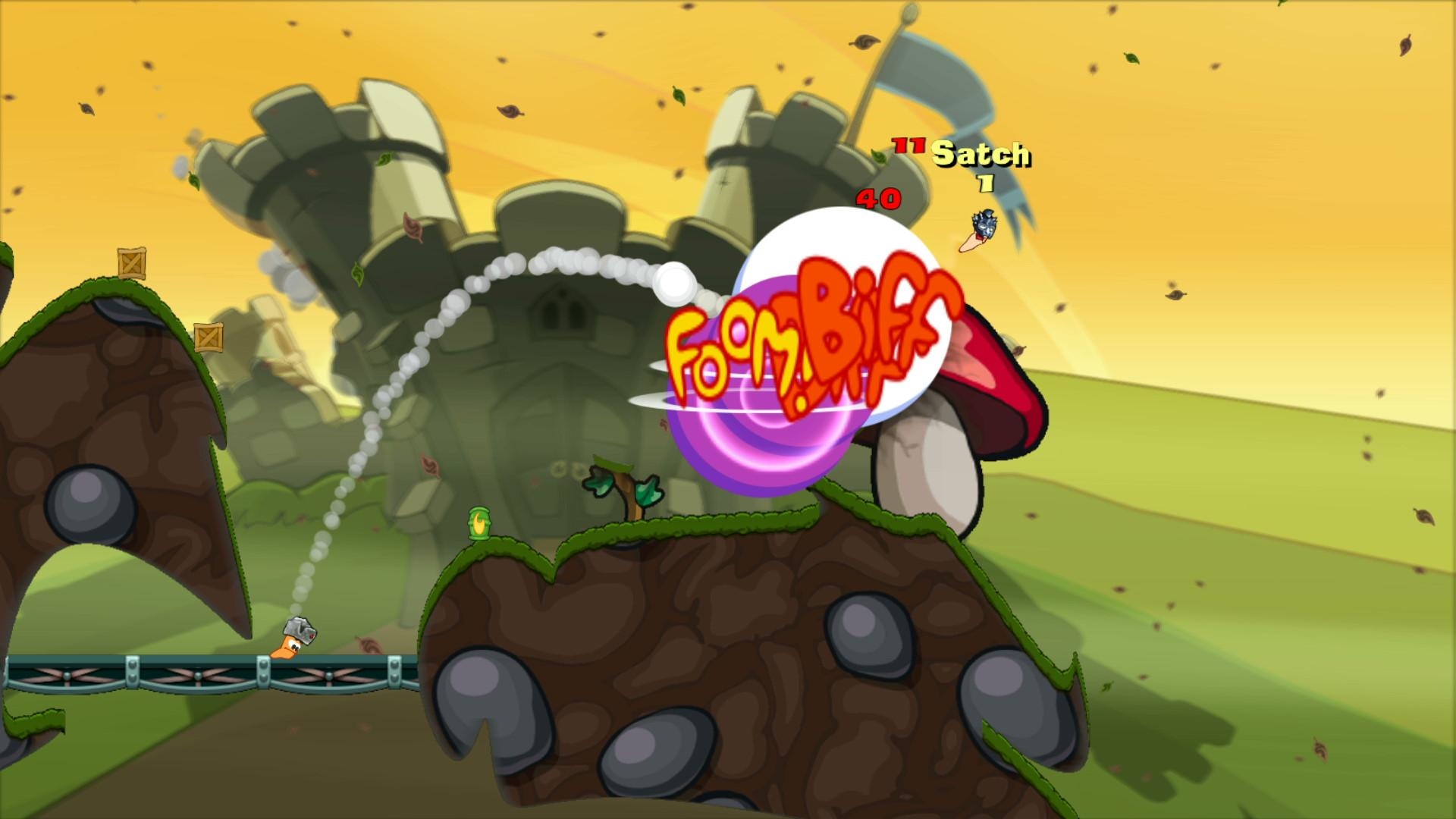 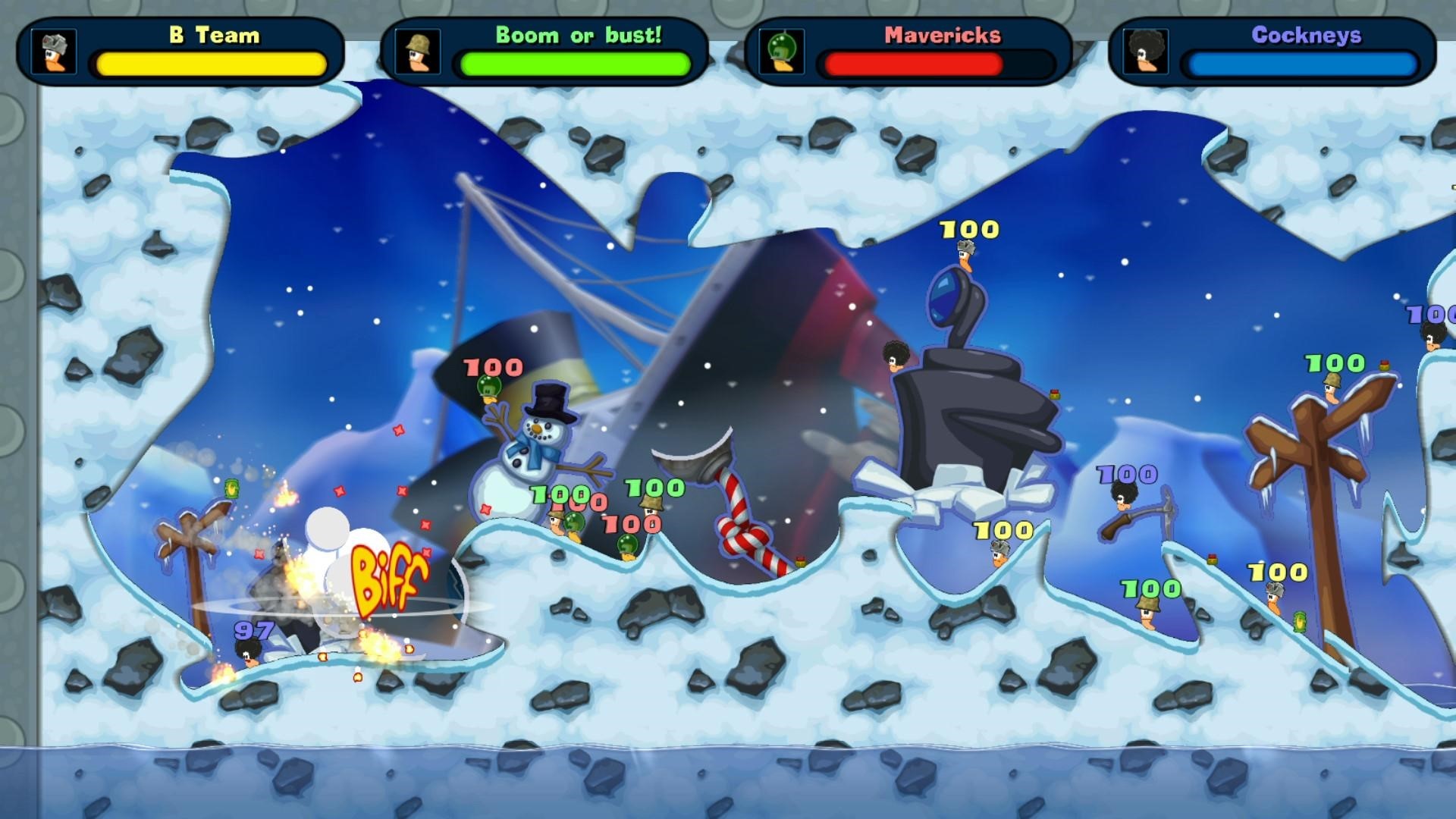 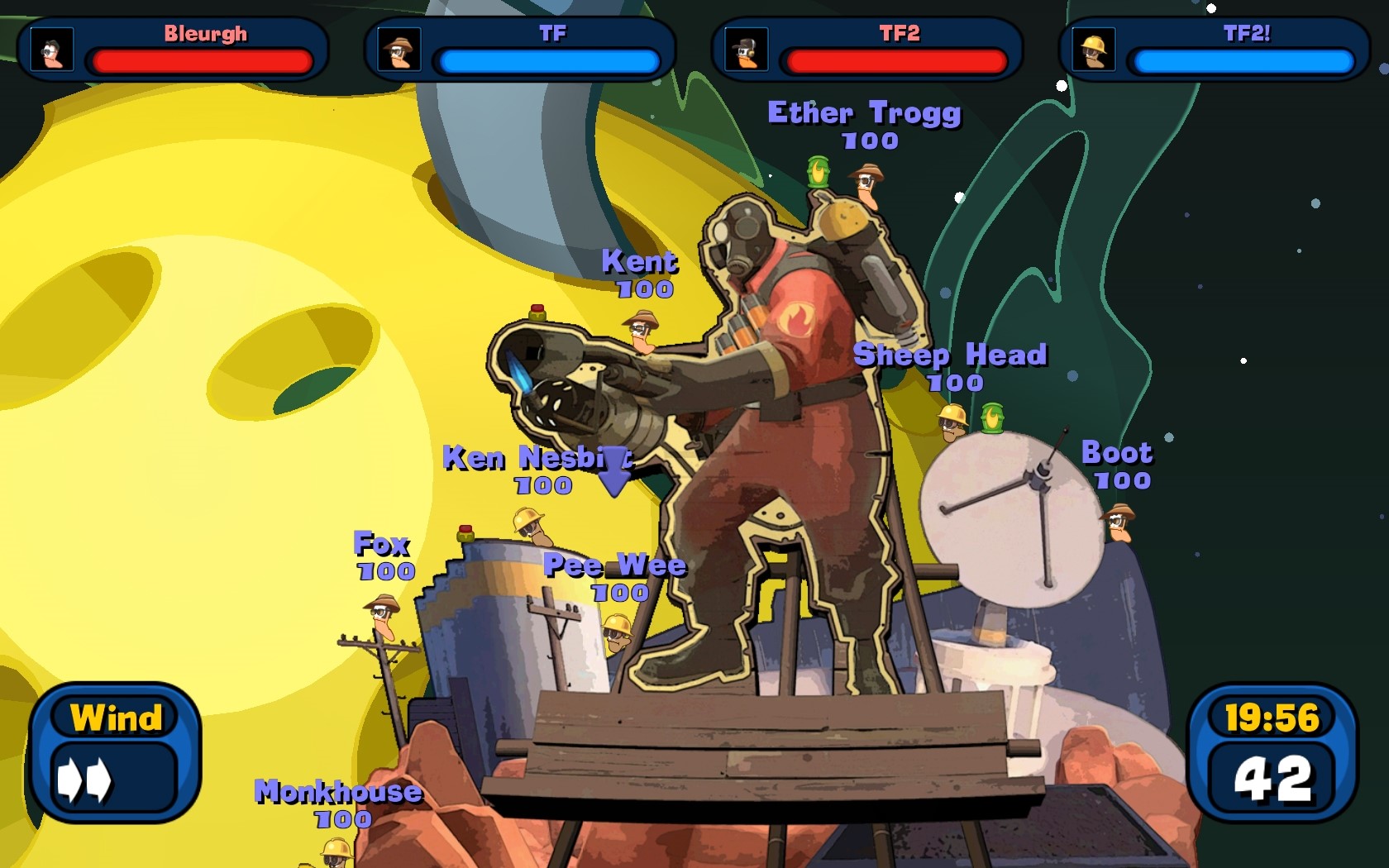 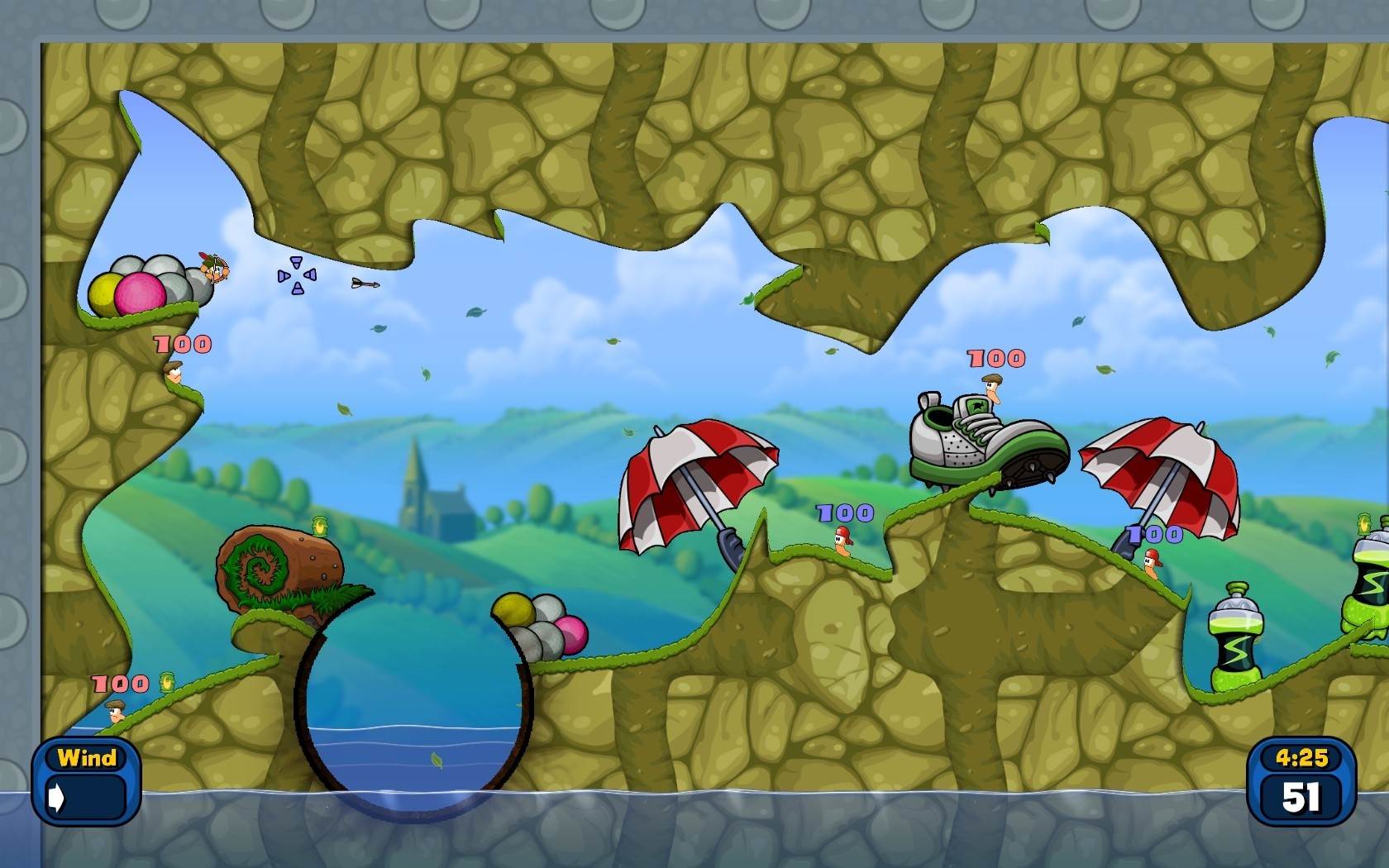 Description:
Ten years after the release of Worms ™ Armageddon, a step-by-step comical messy continues in the redesigned Worms ™ Reloaded, available for the PC on Steam. Worms ™ Reloaded brings to your attention a multiplayer game for up to four people and with a computer, voice support, a bunch of new crazy weapons (and not counting some of the most memorable weapons from the previous parts of the series), achievements, a high score table, new high-resolution background themes, an extensive list of locks for the new "Castle" mode, a new landscape editor, new game modes, hats, costumes and voice sets of worms.
And at the end of all this we almost forgot to mention the most interesting single game, which includes training, the "Fight to Death" mode, races, games of the "Castle" mode and puzzles. Taste the new high-definition engine and the reworked physics, in combination with which the artificial intelligence of 7 different types becomes light, then reckless, and then a real almost invulnerable monster, capable of tearing any experienced player to shreds. In addition, in the game you will find a bunch of options for customizing it, starting with thousands of options for creating your own worm team and ending with unique levels created by you that will allow you to play as you want! Key features: VARIOUS CONTENT FOR A SINGLE GAME: Campaign. Play alone 35 missions, and then take another 30 in the "Military Zone" mode, designed for these professionals.
"Kill as much as possible" mode! How long will you last, playing for one worm and a pile of opponents that are getting stronger and stronger? Try to become the best and outrun your friends by the number of points in the table of records.
Training. Extensive training, which includes 3 parts with shooting at 3 different distances.
GAME ON THE INTERNET AND ON THE LOCAL NETWORK: Play on the Internet and a local network with 4 of your friends. And all this with the support of Steamworks technology, with which you can automatically download game updates, communicate with your friends and other players, compete with others in the high scores table and get unique achievements.
Table of records! Several kinds of lists of the best for each type of game, as well as -statistics. You can compare your results with all players or only with your friends.
GLOBAL SETTING TOTAL: A wild number of possibilities for personalizing worms: change their appearance, victorious dances, coffins, voices, interface, names and even hats!
Buy until you become blue! Players can buy new hats, cards, weapons, missions, locks and coffins, earning in-game currency, carrying out missions from a single game.
More than 70 voice sets: 50 reworked from the past parts of the series and another 20 absolutely new voices, including an insane set of cheese voices!
A wide selection of maps: from both new and old ones, as well as the ability to make your own map in the level editor!
ABSOLUTELY NEW EDITOR OF LEVELS: Our landscape editor returns in a new version, together with the long-forgotten possibility of building bridges and the ability to import the created levels directly into the game, to immediately play a couple of matches with their friends. Schedule your spawn points, mines and texture, or even invent your own game mode!
New vertical maps - move the battle to new heights!
The environment editor allows you to change the rules of the game on your map right on the fly: you can install even objects such as turrets, electromagnets and a fire wall on the map.
WEMS AND TOOLS IN WORMS ™: 47 weapons and tools, including old good guns from Worms ™, Worms ™ 2, Armageddon, World Party and the last part of the series, Open Warfare, and 14 absolutely new thi