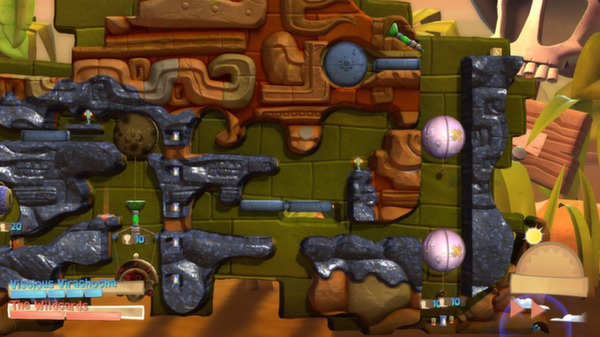 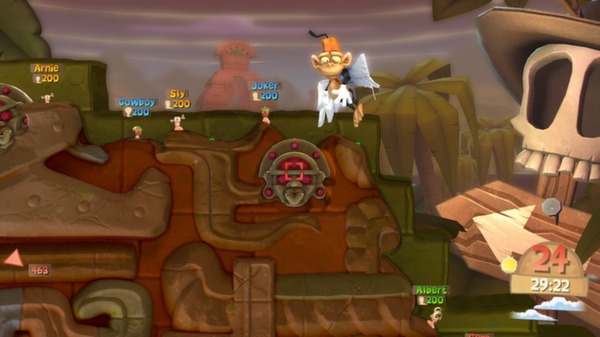 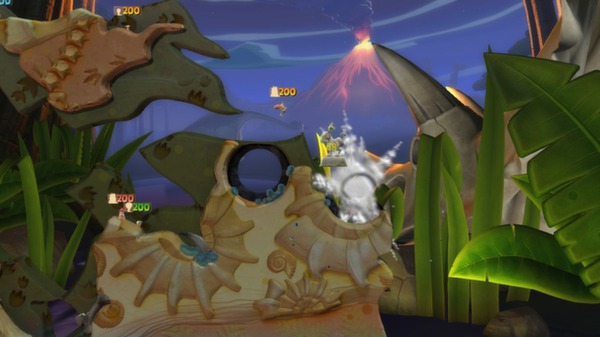 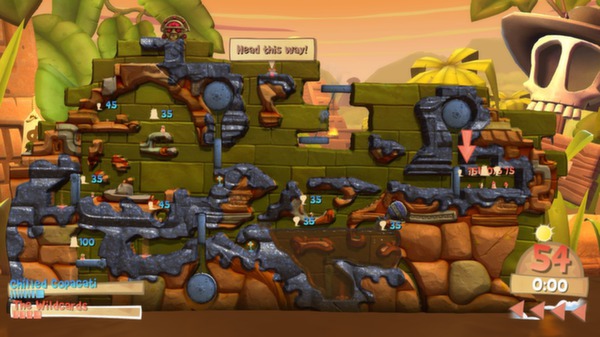 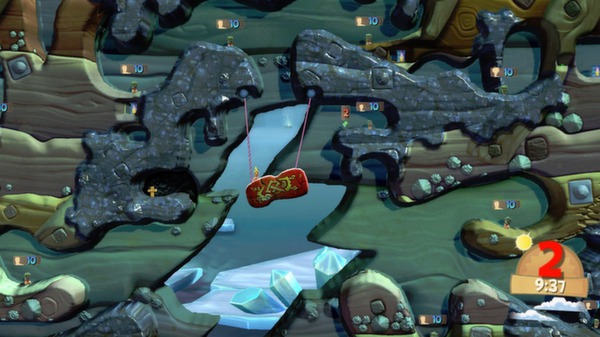 About the game: Worms ™ Clan Wars - is the biggest and best to date in a series of game Worms ™. More worms, more locations, more dynamic water, more weapons, and more customization options than ever before. In the development of Worms ™ Clan Wars, we have provided the opportunity to enjoy all the benefits of hardware for the next generation of PC. Available beautiful three-dimensional video (preserving the classic two-dimensional gameplay) with new lighting effects, new options to help users communicate with each other, a great addition to enhance the single-player games, and more of everything that can find a fan of Worms. Formed clans conquer the world. Teaming up with friends and other players Worms ™ Clan Wars, to form a formidable team; Call your clan, has developed its own logo, the other players are nominated for the posts of leaders and commanders. Register their clan in the league and fight with others, to leave their mark on the leaderboard. No one wants to have an empty cupboard for trophies! Keep in touch with friends and foes using WormNET, private hallway games and chat system. Each clan has its own chat channel, and a number of other channels is useful for players who have completely different tastes! Go online just to droop, to chat, to hire new members or find games. Stay in touch with the game when you´re on the go, thanks to the accompanying mobile application (browser, iOS, and Android). This is the best collective game on the Internet in Worms ™ of all time! Also great single-player gameplay. Scene mode adds diversity, first introduced gimmicks, acting on the basis of the laws of physics. Lots of interesting machines spice up the gameplay and makes the single-player Worms ™ even more fun! The meaning of the single-player game is not to sow only death and destruction, but also in establishing ingenious swinging rope bridges and rescue friends from the deadly traps! The player spends a lot more time on the game and significantly less time waiting until his computer opponent will make the shot. Take care of business with the Workshop Steam. Expected to be of artistic abilities? Integration Steam store will allow you to show all their creativity! Now, you do so that your outfit worms are just such as you want. IMPORTED own three-dimensional objects and textures in the game with a single tool. You´ll be able to model for their worm hats, glasses, mustache, trinkets and tombstones. You can create your own country! Gordy created? Publish it on the Internet thanks to the Workshop Steam! At this point, Worms ™ Clan Wars is the most full-featured version of Worms ™! Kotory looking forward ardent fans. New: support for clans. NEW: Many clan leagues. NEW: Clan emblem editor. NEW: concomitant application for iOS / Android / browser. New: Support Workshop Steam. Create your own configuration options and their own locality, and then publish them via Workshop Steam. New: The transition from daylight to night. NEW: gimmicks, acting on the basis of the laws of physics. Editor areas. More than 200 individual configuration options for the worms. 65 weapons and tools, including 10 new items The stunned: "Megamortira", "Gravedigger", "Winged Monkey", "Oxygen", "Chervesharm", "Cow blitz", "Navozopodushka", "Teleport-blaster", "Water pack "and" Equalizer ". 4 superior class of worms, including new special abilities. 5 environments: "Inca", "Viking", "Feudal Japan", "Industrial Revolution" and "Up to the present day."