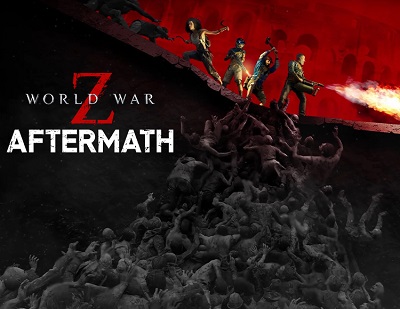 Uploaded: 26.10.2021
Content: World War Z Aftermath_14.txt 0,24 kB
Loyalty discount! If the total amount of your purchases from the seller GameCod more than:
If you want to know your discount rate, please provide your email:

You buy an official key, which you receive immediately after payment in the window that opens, as well as a link to the page with the key that will come to your E-Mail specified upon purchase.


Each customer who leaves a positive review (I want a gift) gets one of more than 40 different games for Steam. Which one? You will find out about this when you receive your GIFT.
It can be activated on Steam.

Gift distribution is done within 48 hours after writing a comment.
Attention!! By submitting a review - you guarantee that you have read all the conditions for the Gift and if something is not clear - you have asked.

World War Z: Aftermath is a stunning co-op zombie shooter inspired by the blockbuster Paramount Pictures and the next evolution of World War Z, which has captivated over 15 million players. Reverse the zombie apocalypse in full console / PC crossplay. Team up with up to three players or face off against hordes of bloodthirsty zombies alone in intense storylines in new, zombie-ravaged locations around the world. Fight back the Vatican in an epic confrontation in Rome and join forces with the survivors of the snowy Kamchatka Peninsula.

New stories of peace in war
- Fight back the Vatican in an epic confrontation in Rome and join forces with the survivors of the snowy Kamchatka Peninsula in brand new story missions. Play as old and new characters on the offensive against the undead with a new brutal melee system, deal with zombies with unique techniques, perks and two-handed weapons like the sickle and cleaver. Fight off new monsters, including flesh-thirsty rats, who will wreak havoc on your team.

A new generation of Zombie hordes
- Play in amazing 4K | 60fps. Fight against waves of increasingly powerful zombies in the new game mode Horde Mode XL, in which there will be hundreds more zombies on the screen than possible. Horde Mode XL will appear as a free add-on after launch on PC.

Thoughtful progression and a new perspective
- Experience a thrilling new Aftermath perspective with an immersive first-person view. Upgrade 8 unique classes - Shooter, Demoman, Executioner, Medic, Technician, Fighter, Drone Operator, Defender - each with their own abilities and playstyles. Customize your weapons to survive any challenge and conquer new daily missions with modifiers and bonus rewards.