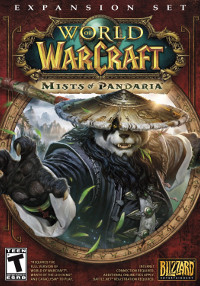 By purchasing this product, you immediately after payment receive the activation code of the account (CD-KEY) in Battle.net for the game World of Warcraft on the Russian Server.

The code is not suitable for the American and European versions, only for RUSSIAN (in the line The region of your account should be written by Russia and the CIS)

Attention ! This is NOT a timecard, is not suitable for renewal, it only serves to create a new account (full version) of World of Warcraft, or to renew a trial account

ABOUT THE GAME:
World of Warcraft is an online game, for today, perhaps, one of the most popular MMORPG in the world. The game is made in the style of fantasy and offers players to fight with monsters or with each other. The terrain and the storyline resemble the progenitor of online game hit strategies for Warcraft.

Before the game, according to all the laws of the genre, you need to choose one of the seven worlds of WoW. Take the choice seriously, because each race corresponds to a certain set of skills, but at the same time develop different skills will not work. In addition, the race will determine the course of events, that is, the path of the player of World of Warcraft. The development of skills depends on the frequency of their application.

Graphics World of Warcraft leaves much to be desired, however, given the age and concern about the congestion of the line, this item can be left without comment. In general, the game looks very nice and can deliver a lot of fun to fans of the world of fantasy.

The first addition to World of Warcraft. It should be noted the improved mode of PvP, in which one significant drawback of the original version of World of Warcraft was eliminated, namely the huge necessary duration of the game in order to achieve some results.

In The Burning Crusade, everything happens much more dynamically. You can buy items for glory points, which you can get for quite a reasonable period of time. A significant improvement in your equipment can be obtained in a couple of weeks of unhurried game, which is very good compared to the classic World of Warcraft. In addition, The Burning Crusade has 10 new levels, added skills and skill points. In the races also the replenishment. Shamans at the Draenei and Paladin at Night Elves.

• Wrath of the Lich King

Revolutionary changes in the game process did not happen, except for the addition of new spaces. The main objective of the player & ndash to defeat the Lich King and his army of undead that inhabit the ice continent of Nortend.

In the gameplay are also made some changes. Now under the PvP mode a separate location is assigned and it is possible to use heavy siege equipment.