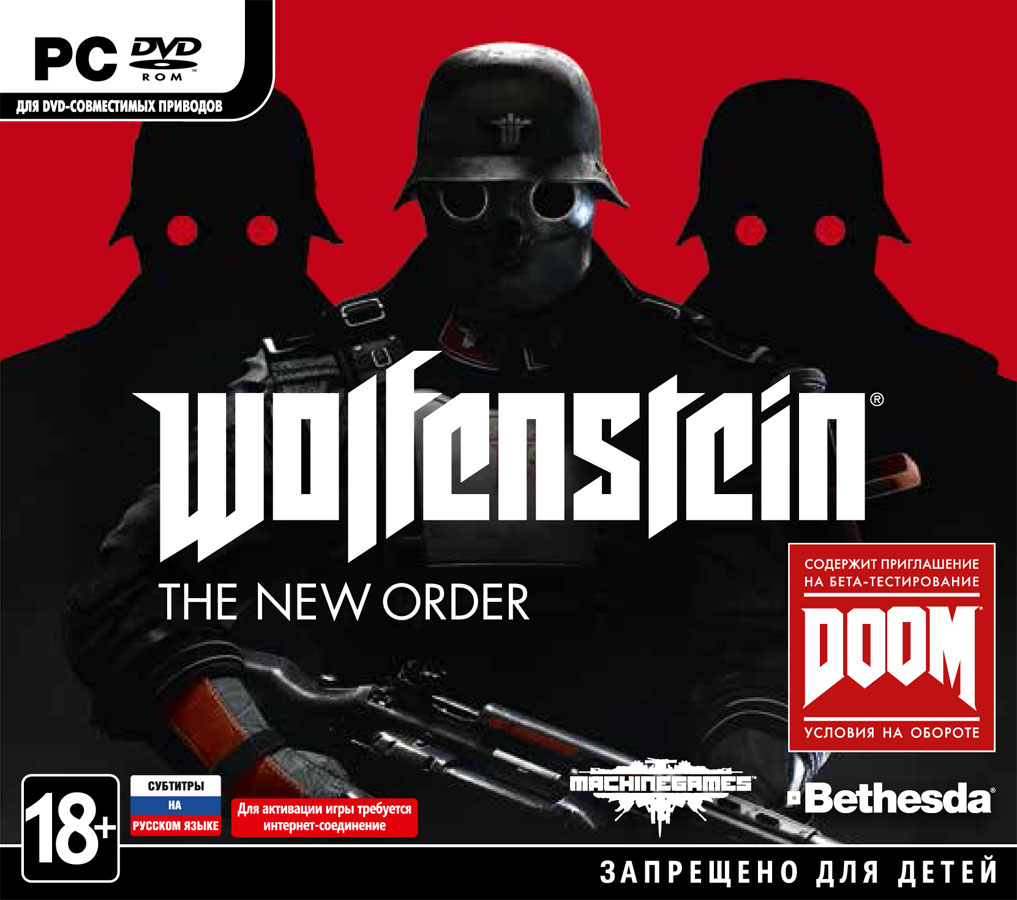 Wolfenstein®: The New OrderTM is the revival of the series, which once laid the foundation for the FPS genre. Developed by the studio Machine Games, which brought together experienced masters who created more than one famous game, Wolfenstein is a combination of psychological drama with a thrilling storyline, adventures and a first-person combat system.

WOLFENSTEIN: THE NEW ORDER - the triumphant revival of the series, which once laid the foundation for the first-person shooter genre. Imagine: in 1960 the Nazis won the Second World War. And only the hero of the battles BJ Blazkowitz is able to do the impossible: to deal a crushing blow to the new world order

• First person shooter, where your opponents will be giant robots, huge super-soldiers and elite shock troops. The possibilities of id Tech 5 technology will make every collision unforgettable.

• Wolfenstein: The New Order is not just shooting, but also chasing in the mountains, underwater exploration, fighting vehicles that you can test personally, and much more.

• Take the enemy´s weapon against him. Get control of the secret research facilities and military depots to obtain materials to improve your equipment.

• Enjoy the full combination of a dynamic action and an exciting story - two inseparable components of Wolfenstein: The New Order.

... The charismatic protagonist, who has always acted in the games of the series since 1992, a fascinating fantastic plot, a wide selection of weapons and the possibility to improve it, as well as various opponents (from ordinary soldiers to mighty combat robots), hurricane battles on the principle of "one against all" ", An original, gloomy and tense atmosphere. GOOD GAME!