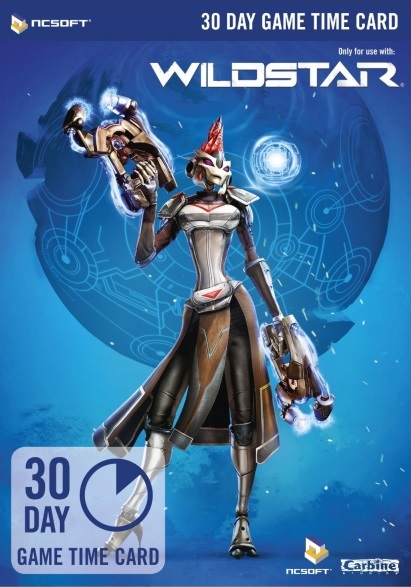 Uploaded: 01.06.2017
Content: WildStar-EU-TC30-120_45.jpg 8,84 kB
Loyalty discount! If the total amount of your purchases from the seller ИгроShop.com more than:
If you want to know your discount rate, please provide your email:


CAUTION Time does not replace the card game and the key is to extend the playing time.

This key is intended for the European version.

- Over 14 years experience in the Plati.ru

- Activation code card must be entered in your account on the site http://www.wildstar-online.com.

WildStar - new MMORPG from the developers who participated in the creation of the original WoW. The game combines a stylized picture and the latest technology to pripodnesti stunning graphics. The game takes place in a mysterious extraterrestrial world. WildStar allow you to explore a hitherto unprecedented world full of mysteries and adventures, and will not get bored, thanks to the active combat system.


Light up your spaceship engines and set the coordinates. Destination - The Nexus. The legendary world of the lost civilization Eldanov finally found, and all the inhabitants of the galaxy rush from all corners of its vast to discover the secrets of this amazing world. Powerful interstellar empire Dominion Nexus captured and all its treasures, thereby declared a war to expel who call their home planet. Meanwhile, in the depths of the planet awakens an ancient evil that can turn the war for control of the war for survival.


Planet Nexus is not for the faint of heart. Wear your boots, charge your lasers and sharpen your swords. Choose from a variety of unique classes, each of which has its own unique combat mechanics and abilities, participate in PvP battles, explore dungeons and conquer massive raids that can make you show all that you are capable of.


Nexus - one of the most mysterious and dangerous planets in the universe, and you just decided to make it their new home. On the one hand, here you will find the beautiful ancient ruins, mystical forests and uncharted moon - just a paradise for the traveler such as you. On the other hand, most of these places are inhabited cybernetically modified monsters, scary creatures and hostile aliens. In general, you will find plenty of fun and adventure.


Remember, it´s your adventure, so choose whom and how you want to play and go! In addition to choosing a class, you can choose one of three ways: Soldier, scientists, researchers - each has its own unique content, special awards and bonuses that approach is consistent with the style of play. Do you put a flag on the top of the mountain, whether to build a new star port, or the countries studied extraterrestrial rodents - your chosen path

Please take 10 seconds of your precious time and leave us positive feedback after the purchase.