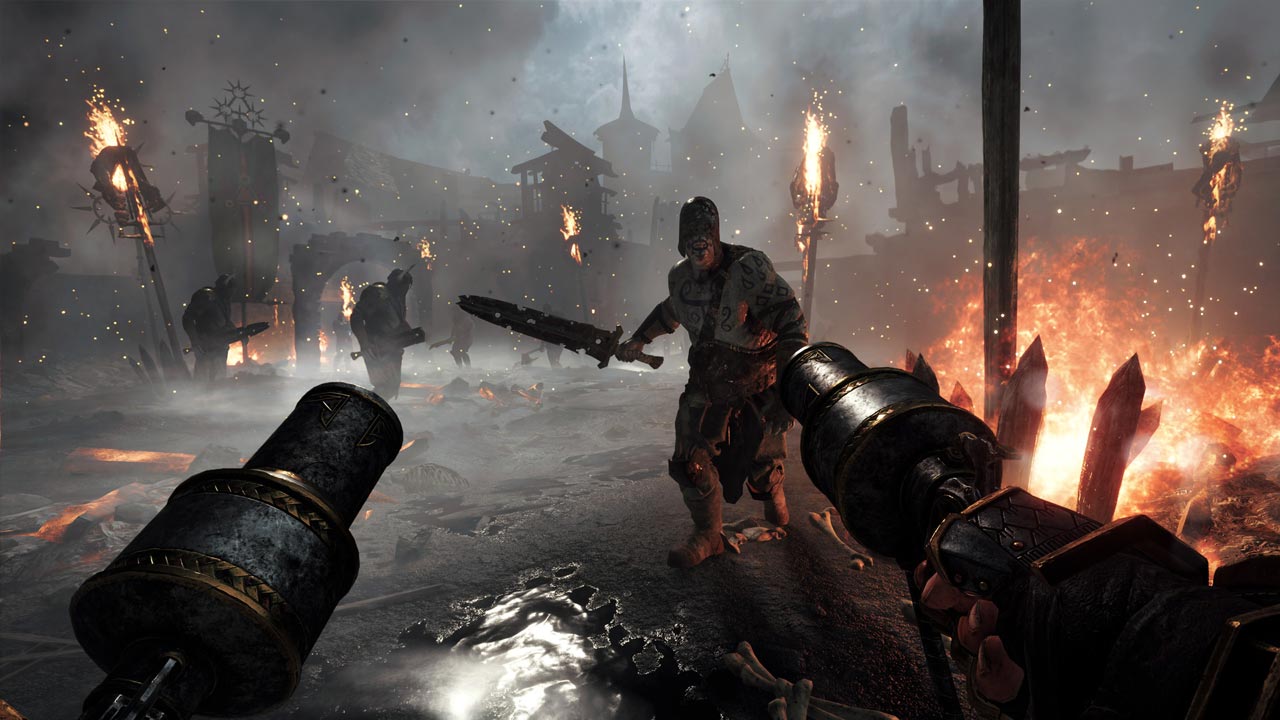 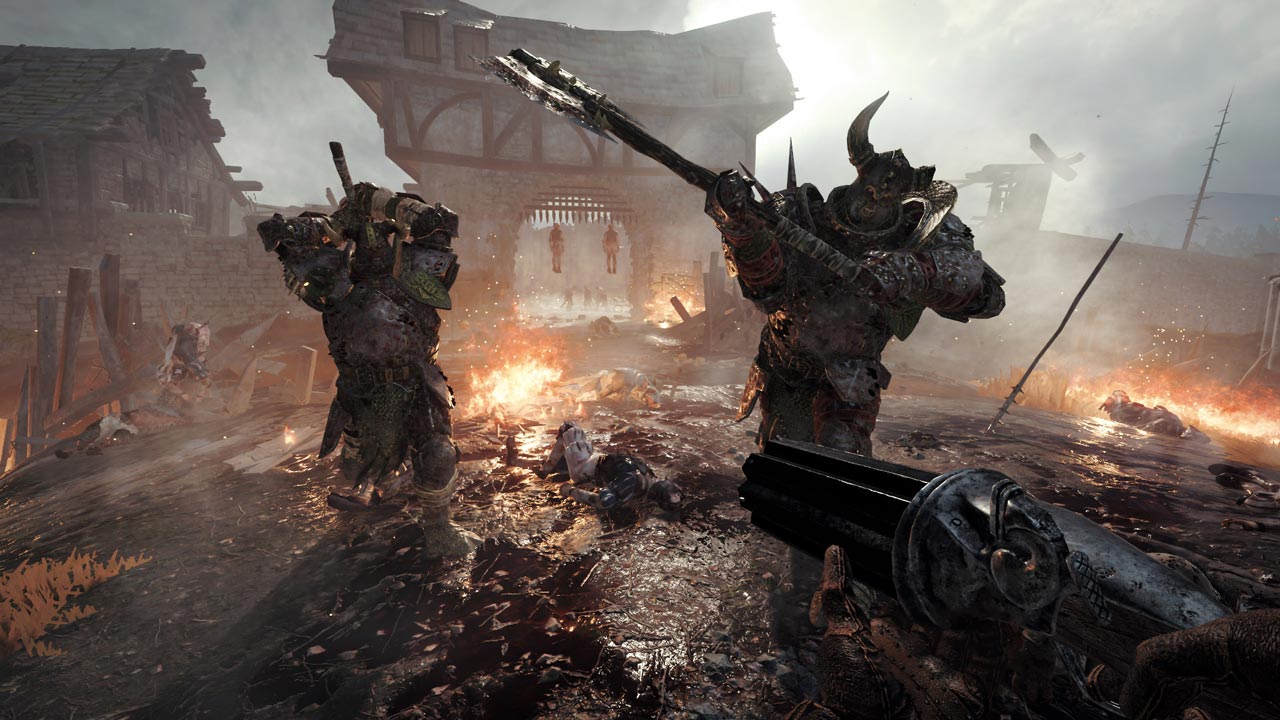 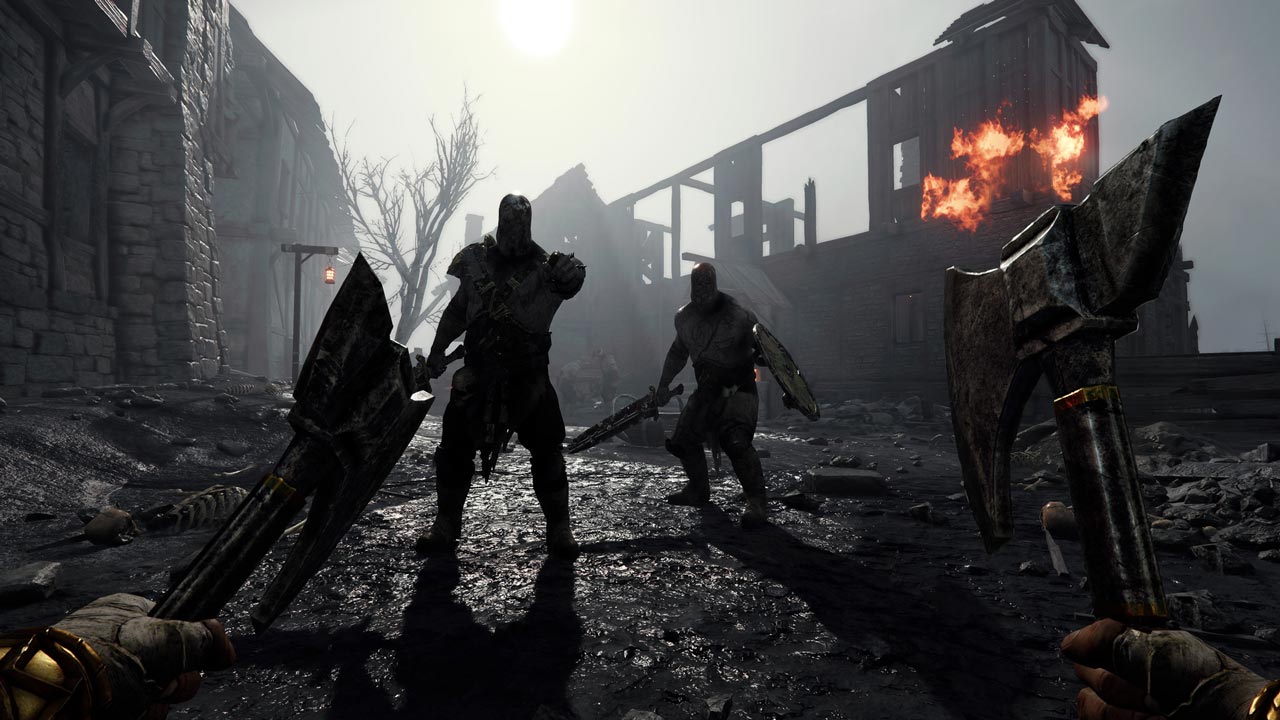 
DESCRIPTION:
Warhammer: Vermintide 2 is the sequel to the critically acclaimed Vermintide game. The time has come to plunge into the fierce co-operative first-person hack, where you are waiting for frantic first-class hand-to-hand combat in the apocalyptic world of the End of Times - the war-torn world of Warhammer Fantasy Battles.
Five of our heroes returned to fight an even greater threat - the combined forces of the evil and destructive army of Chaos and the swarming hordes of Skaven. Get ready to face such challenges that you have not yet met, desperately trying to survive in an endless massacre. Choose one of 15 development paths, climb trees of talent, adjust your arsenal to sing your style of play, break through many amazing levels and test yourself in our new system of heroic deeds. The only thing that stands between complete collapse and victory is you and your allies. If you fall, the Empire falls.

KEY FEATURES:
• Merciless cooperative battle for 4 players: the combined forces of Chaos and Skaven are violent and ruthless, and to get out alive, you need to work together in a team
• 5 heroes and 15 development paths: choose one of 15 unique development paths, each of which provides its own looks, abilities, talents and weapons
• The creatures of Chaos and the Skavens work together: get ready to face the threat of unprecedented proportions, because the armies of Chaos and the Skavens have entered into a dark alliance to plunge the world into ruin and decline. Our heroes will face a horde of enemy fighters of all kinds and sizes
• System of heroic feats: go through unique scenarios and intense tests with our new system of heroic feats - one-time tasks that radically change the composition of the enemy army, level settings, use of weapons and mission objectives
• Talent tree and development: increase the level of your heroes and climb the talent tree of the chosen development path, discovering new abilities and simultaneously gaining access to powerful equipment
• The adventure continues: explore a wide variety of exciting levels in and around Helmgart, a walled city defending the Breton border of the Empire
• New improved extraction system: at the end of each mission, you will receive a corresponding extraction as a reward: weapons, one-time tasks, amulets, hats, materials for improvement, and more - everything that suits your chosen development path
• Fight countless hordes of enemies: confronting the myriad hordes of skavens, reinforced by the fierce power of the Chaos army, the heroes must rally and find a middle ground between sound tactics and rage in order to overcome their disadvantage

Lord of the Rings: War in the North Steam key