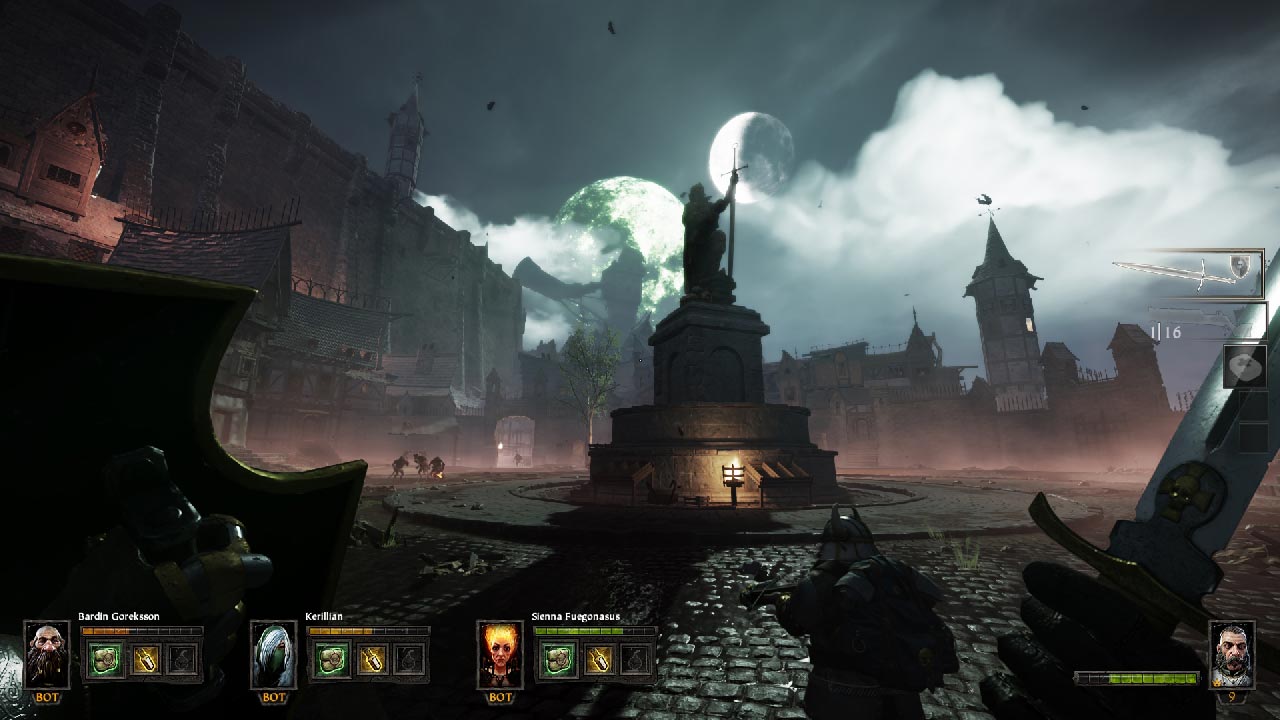 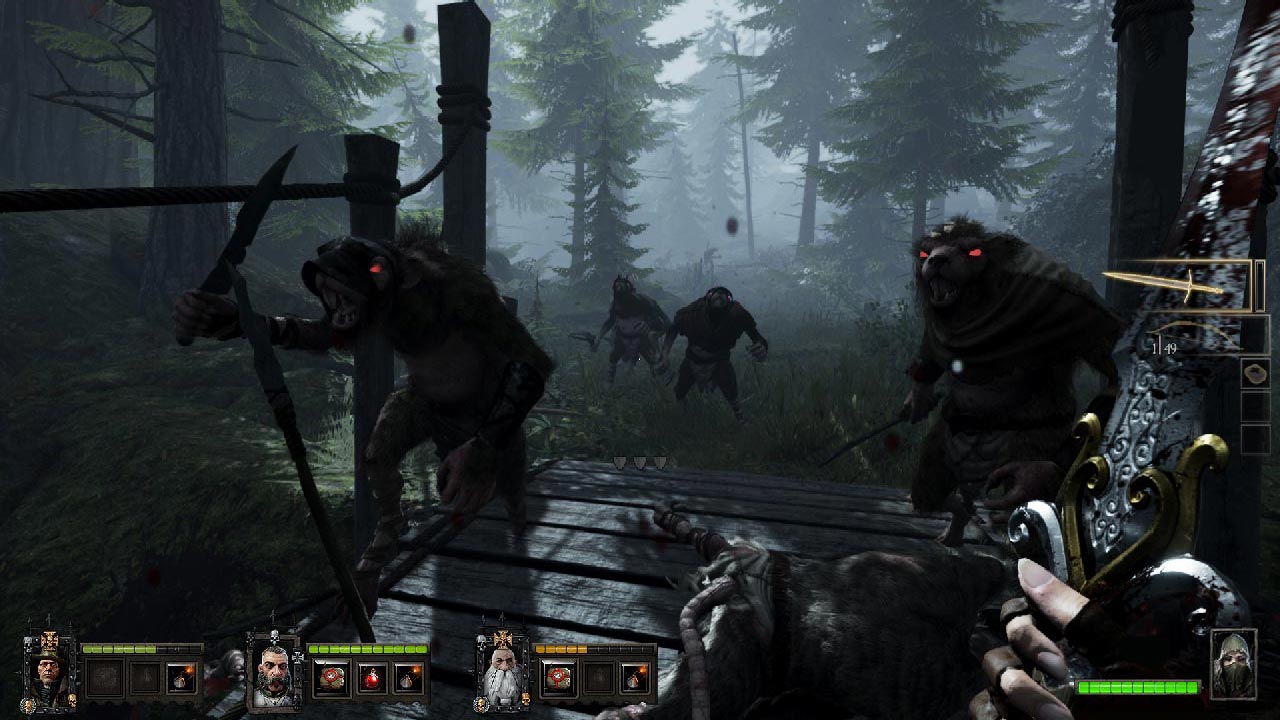 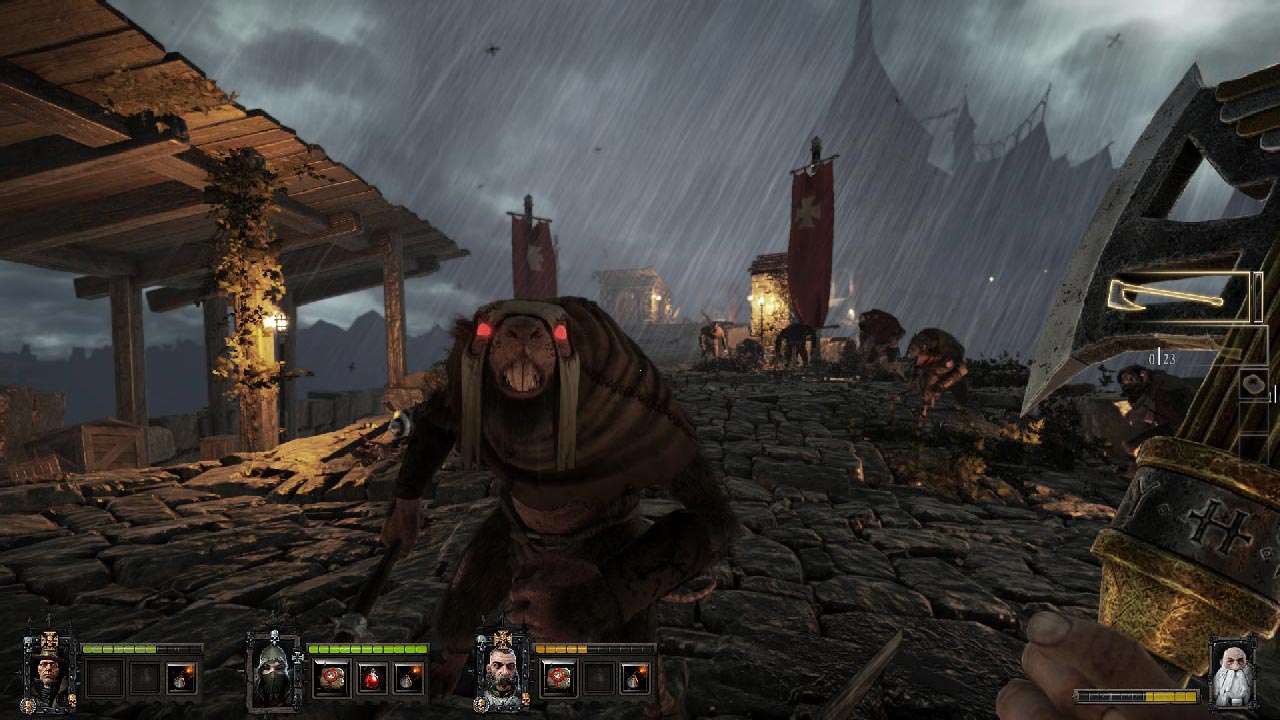 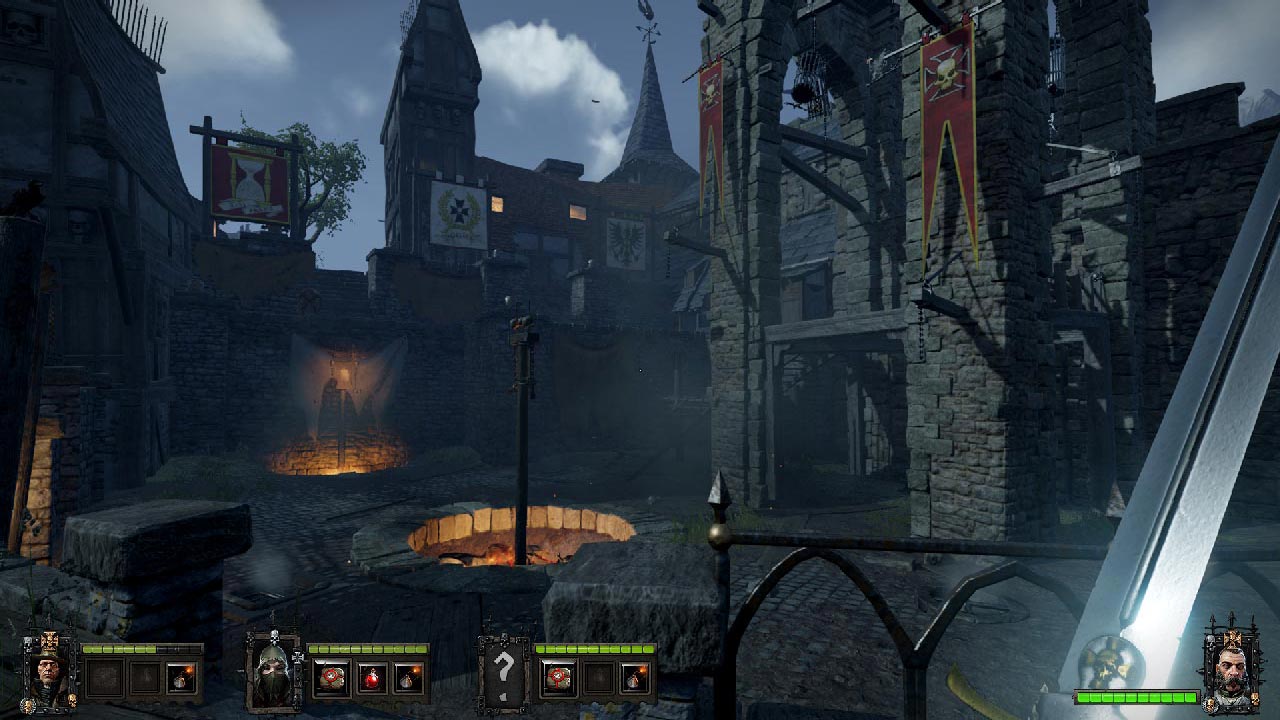 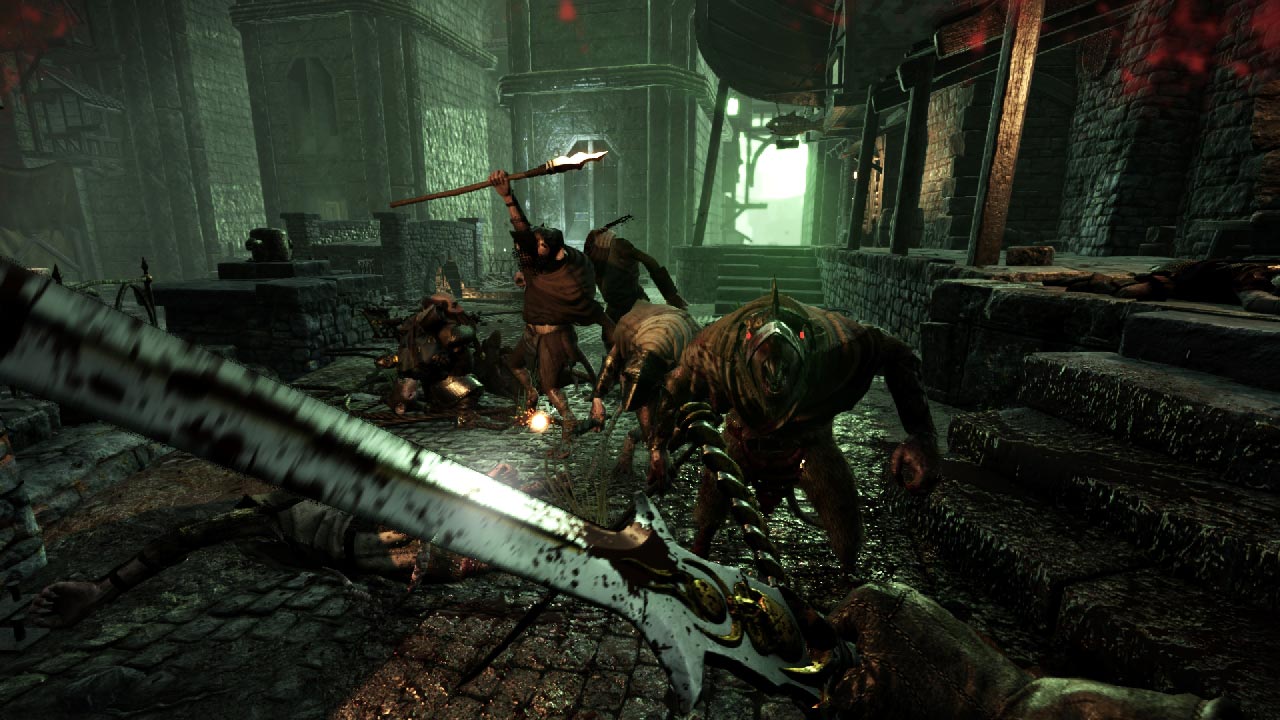 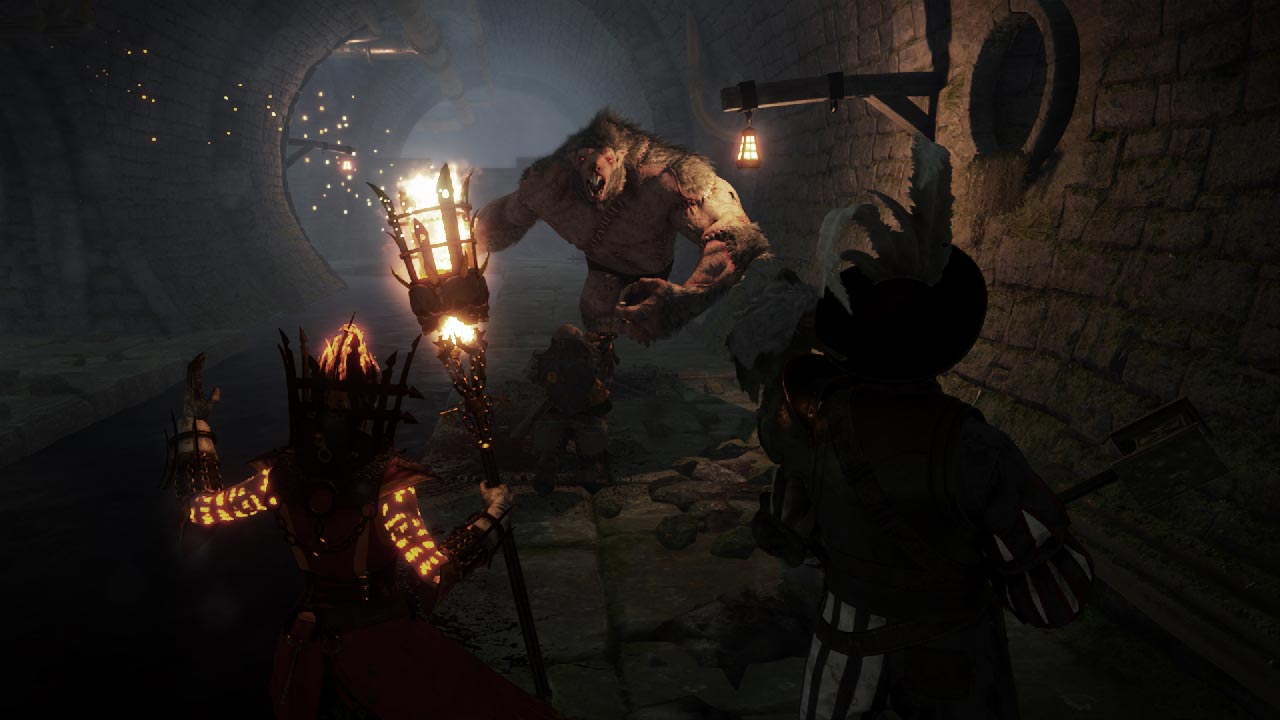 =======================================
The time of mortals is coming to an end, and the kingdom of Chaos is coming. The dark gods finally united with a single goal, spreading their madness all over the world like never before. In the Empire, Sigmar Karl Franz intently observes the invasion of the wild northerners, but this is not the only threat. After all, the full moon of Chaos Morrslib rose, and shrill voices echoed through the tunnels deep beneath the cities of the Empire, and hordes of skaven rushed to the surface. At first, something suddenly appears in the city of Yubershrayka: a disgusting, screeching mass, sweeping away everything in its path. And now Yubershrayk became one big cemetery, sinking under the ominous shadow of the Horned Rat.
However, even in the darkest times there are always heroes illuminating the way. While the deserted city sags and shrinks from fear, like a living creature, five warriors, united by a capricious fate, fight back against human rats. The future will show whether they have enough strength to survive, not to mention having to work together for a long time and prevent the invaders. However, one thing is absolutely clear: if these five fall, Yubershrayk will fall along with them.

● Survival in cooperative mode up to 4 players. Team up with friends or die alone. Vermintide will endlessly test your skills and abilities of your friends, as well as your overall ability to play the team
● Five different characters to choose from, each with its own history, personality and goals. Ability to act together is the key to team survival.
● Each character has its own unique arsenal, which allows players to form a variety of battle styles, depending on what they prefer. The game has hundreds of different weapons, including swords, daggers, axes, hammers, bows, crossbows and cannons
● Participate in an epic adventure. Over 13 different levels - on the ground, in buildings, on walls and underground - from the giant Magna Tower to the insidious bowels of the Lower Empire, Vermintide takes you on a journey that you will never forget
● Get to know Skaven as close as ever. A rising wave of cunning and evil people-rats are waiting for you, breaking, scratching and destroying everyone and everything in their path
● Collect mountains of shining treasures. A team game is generously rewarded, and players will be able to throw their loot cubes at the end of each mission, which will give them a weapon, a headdress or a talisman as a reward. Performing parallel tasks will allow you to get bonus cubes to the production.
● Fight unpredictable enemies. Vermintide presents a dynamic system of the appearance of enemies that can attack you from every angle.
● Get to know a fascinating story. Games Workshop veterans got together and wrote a terrific addition to the world of Warhammer, offering a new look at the catastrophic events of the End Times
● Find a safe place. Skaveny are famous for unprecedented mobility, can climb walls and jump over long distances, turning the lives of heroes into a real hell. Wherever you go, they will wait there, ready to pounce on you

1. You need to download and install Steam http://steampowered.com/download/SteamInstall.msi (if not already installed)
2. Create a new account on Steam or go to an existing one
3. Copy the resulting link and paste into the Internet browser.
4. Take a gift to the li