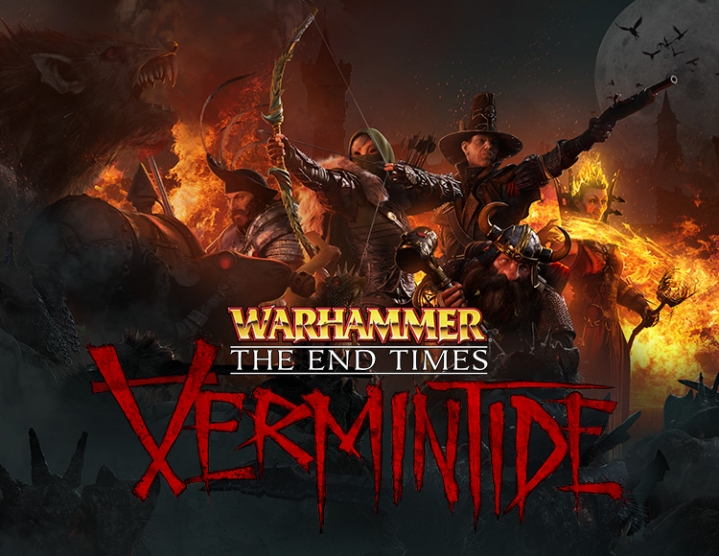 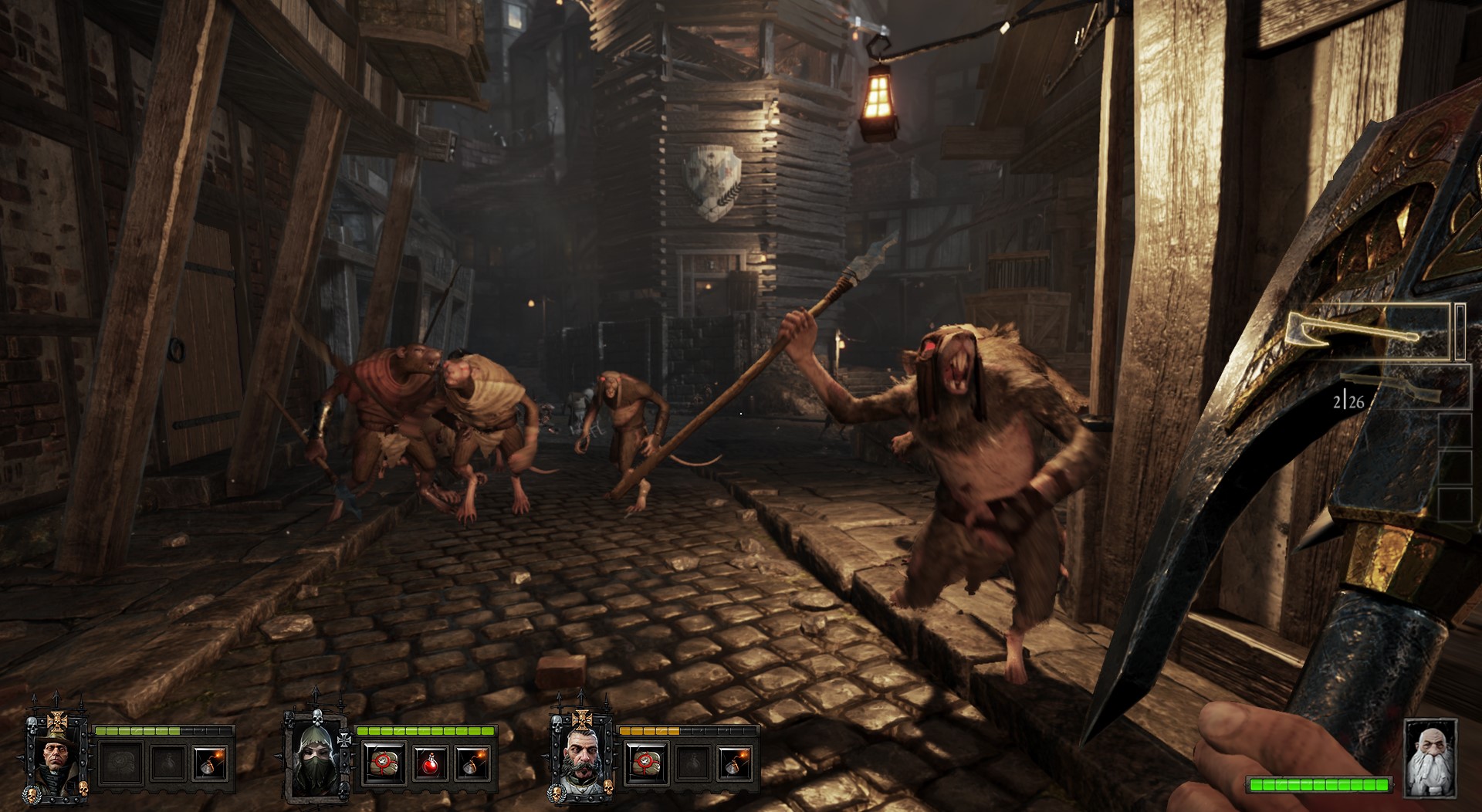 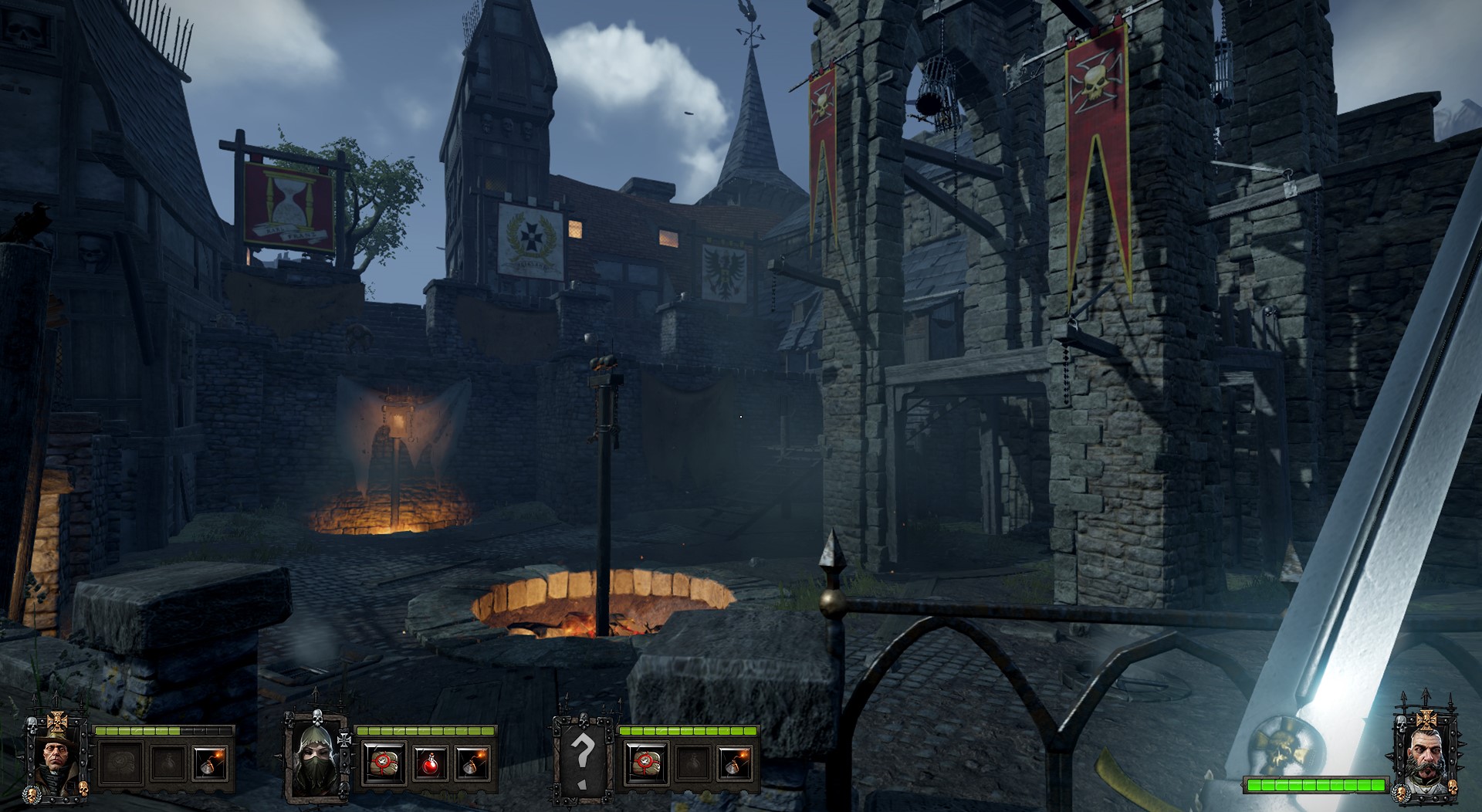 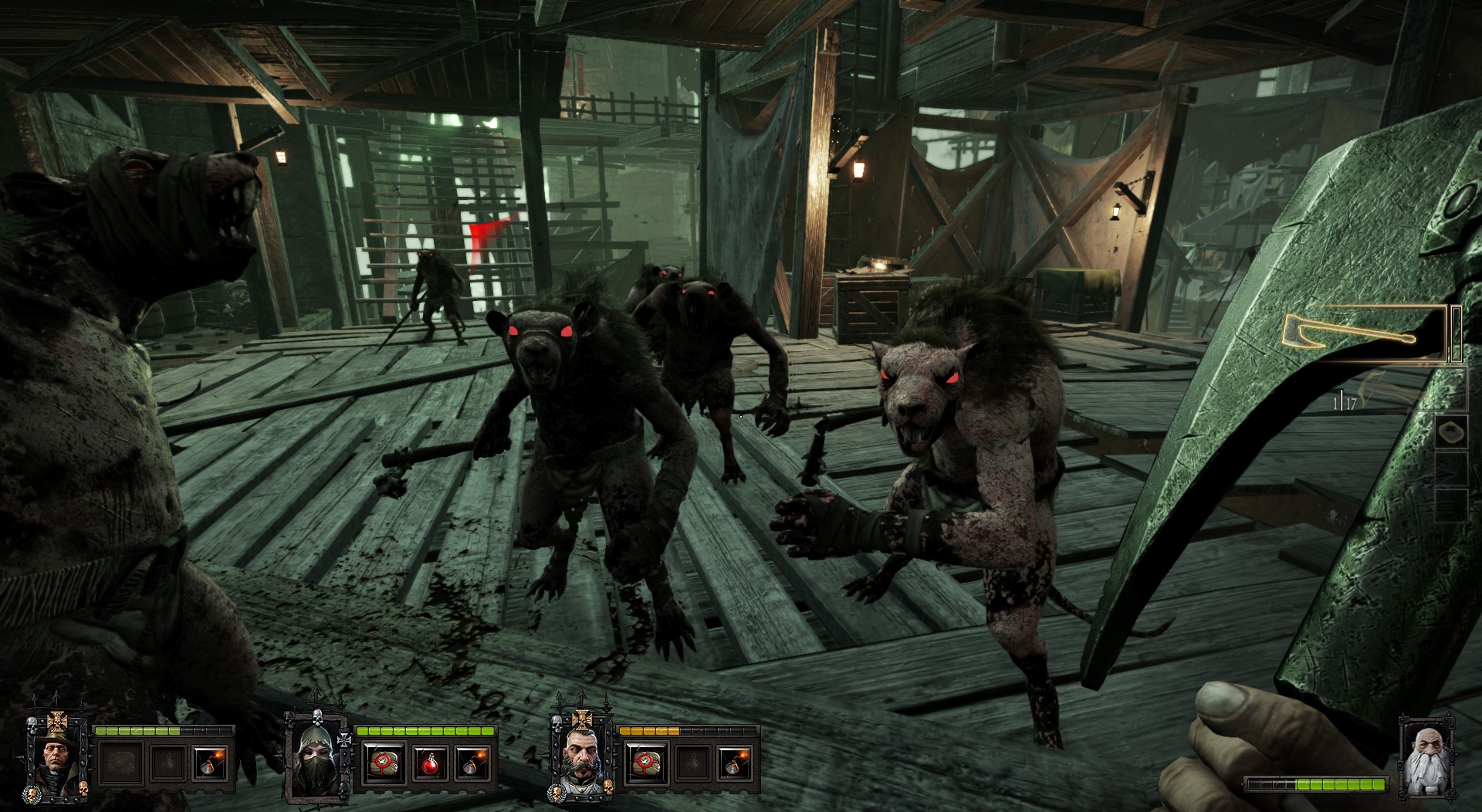 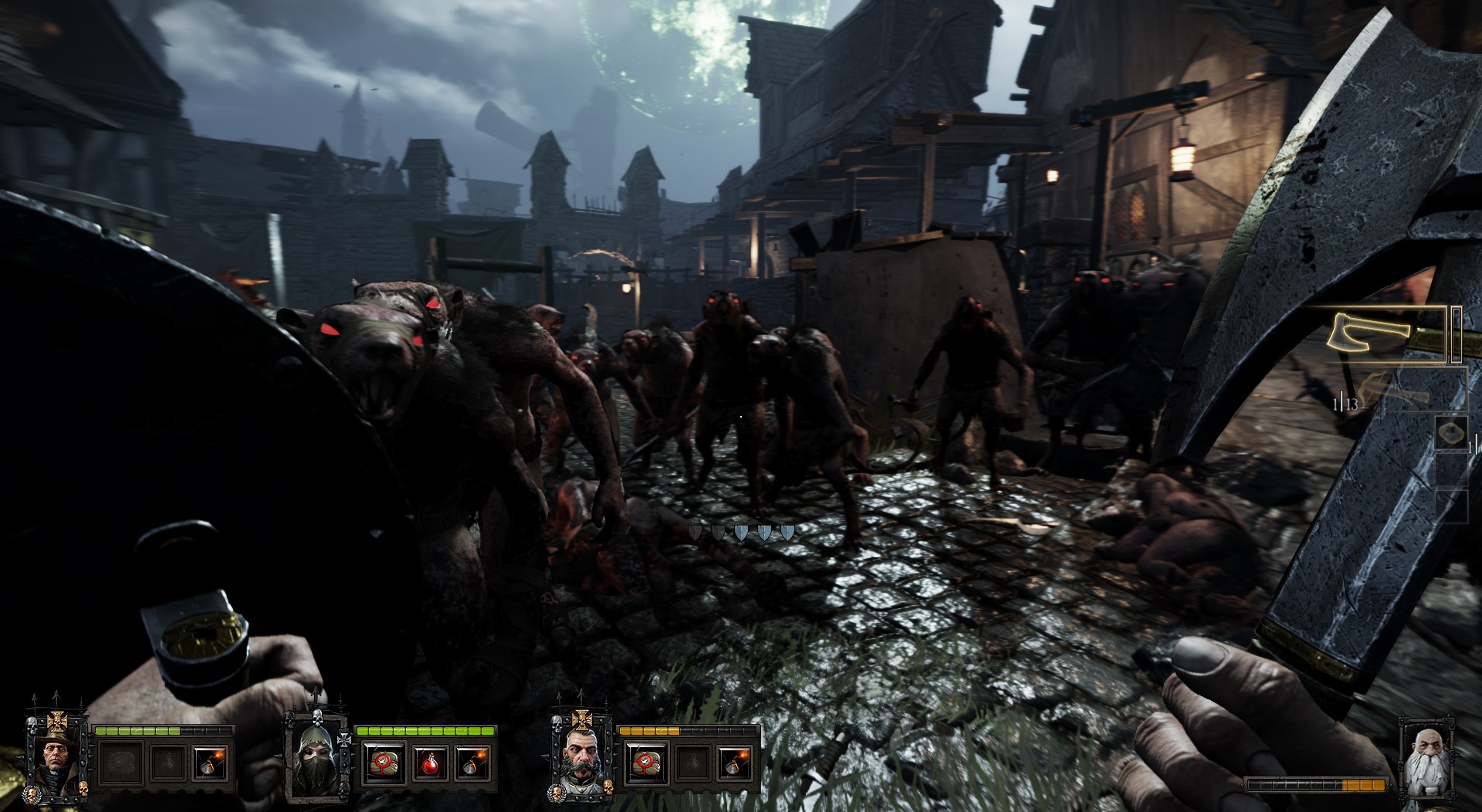 Vermintide is an epic adventure in the genre of first-person combat with the possibility of a cooperative, whose action takes place at the End Times of the legendary fantasy universe of Warhammer. Vermintide´s actions take place in the town of Hubershreic and its environs, teeming with scavenam - a race of ruthless rat people. You will play the role of one of five heroes, each of which has a unique personality, game style, abilities and equipment. Working together, you must use the individual abilities of the heroes to survive in the apocalyptic invasion of hordes of scavens. Battles will occur in a variety of locations, from the top of the Tower of Magna and ending with the bowels of the Lower Empire. The time of mortals comes to an end, and the kingdom of Chaos is approaching. The dark gods finally united with one goal, spreading their madness around the world, like never before. In the Empire, Sigmar Karl Franz is closely watching the invasion of the savage northerners, but this is not the only threat. After all, the full moon of Chaos Morrslib, and shrill voices echoed through the tunnels deep beneath the cities of the Empire, and the hordes of Skavenov rushed to the surface. At first, something suddenly appears in the city of Hubershrayke: a hideous squealing mass, sweeping away everything in its path. And now Huberschreke has become one big cemetery drowning under the ominous shadow of the Rat Horn. However, even in the darkest times there are always heroes illuminating the path. While the deserted city sags and cringes with fear, like a living creature, five warriors, united by a capricious fate, fight back the people-rats. The future will show whether they have enough strength to survive, not to mention the fact that for a long time to work together and prevent the invaders. However, one thing is quite clear: if these five fall, the Hubershreck will fall along with them. Key Features: Survival in a cooperative mode of up to 4 players. Join with friends or die alone. Vermintide will endlessly test your skills and skills of your friends, as well as your overall ability to team play.
Play for five unique heroes. Five different heroes to choose from, each with its own history, personality and goals. The ability to act together is the key to the survival of the team.
A huge arsenal of heroes. Each hero has his own unique arsenal, which allows players to form a variety of battle styles, depending on what they like more. The game has hundreds of different weapons options, including swords, daggers, axes, hammers, bows, crossbows and cannons.
Participate in an epic adventure. Over 13 different levels - on land, in buildings, on walls and underground - from the giant Magna Tower to the insidious depths of the Lower Empire, Vermintide will take you on a journey that you will never forget.
Meet the Scanners as never before. A wave of cunning and spiteful rat people is waiting for you, breaking, scratching and destroying everyone and everything in its path. Come face-to-face with clanocrys and deadly special elite groups.
Collect the mountains of shining treasures. The team game is generously rewarded, and players will be able to throw the dice at the