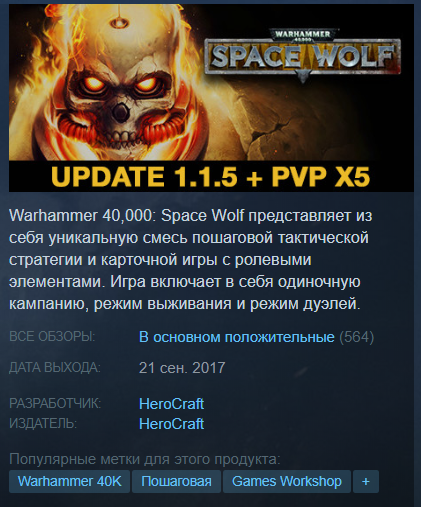 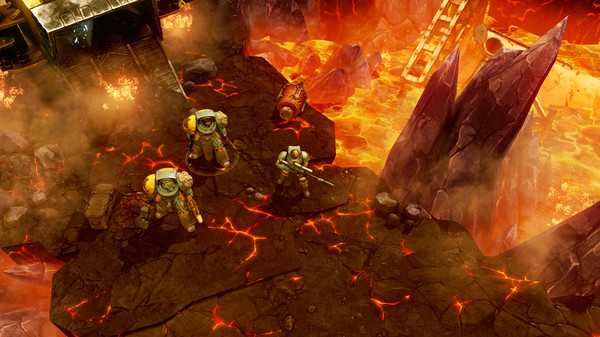 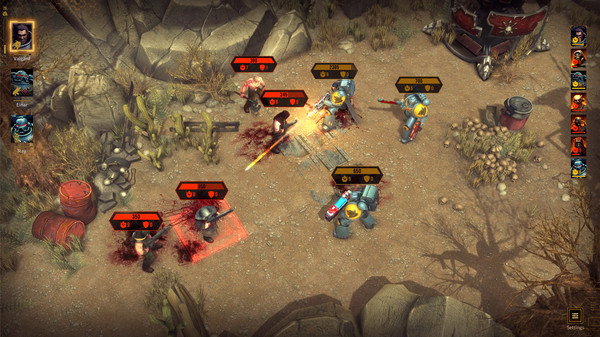 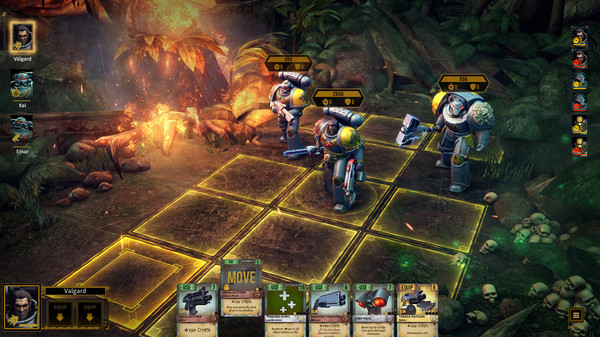 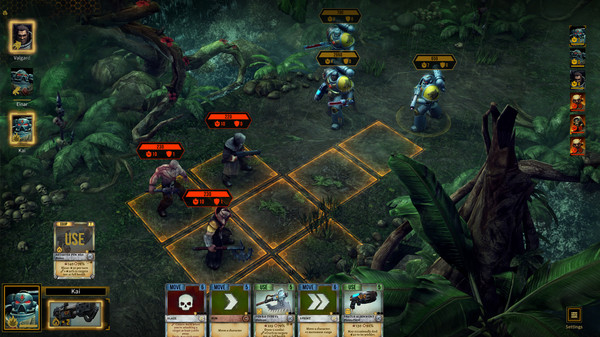 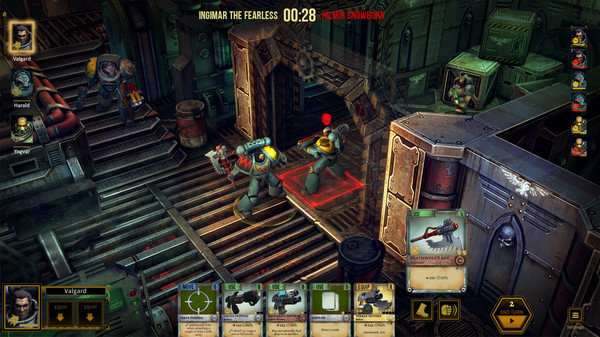 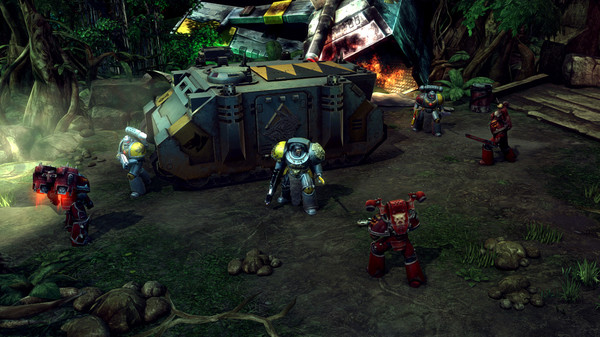 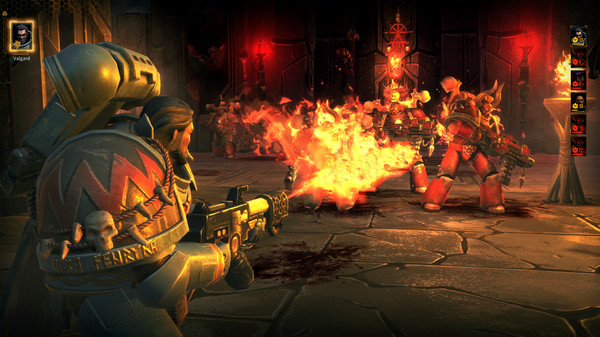 DigiCorp information about the seller and his items
offlineAsk a question

You will take command of a detachment of Space Marines from the Order of Cosmic Wolves under the leadership of Valgard Killed twice. The Shock Cruiser of your Great Company fell into the trap of the Chaos Paratroopers from the Legion of the Word Bearers and was forced to make an emergency landing on the planet Kanak, a wild volcanic world inhabited by tribes of severe barbarians. It will take you not only to survive, but also to emerge victorious from this struggle.

Join the battle with the ruthless enemies of the Cosmic Wolves:
Epic campaign on a hostile planet, full of gloomy secrets;
Fight with the deadly legion of the Word Bearers - the fanatical servants of the Gods of Chaos.

Brutal tactical battles:
Manage your squad of Space Wolves in valiant battles that unfold in an amazing and diverse environment;
Challenge your Brothers in multiplayer mode and prove your superiority.

Choose your path:
Gray Hunter, Wolf Scout or Wolf Guard - you decide which way to go and which of these paths is better combined with your own style of play.

* Install the client Steam - http://steampowered.com/download/SteamInstall.msi (if not installed)

* The Steam client looking for the tab "Games" => "Activate via Steam»

* Type the digital key product for its activation


Your positive feedback helps expand the products we offer.