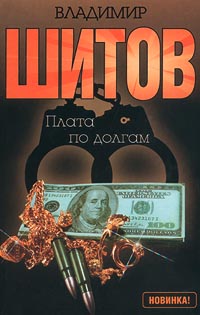 Шитов В. К. information about the seller and his items
offlineAsk a question

In the novel "pay the debts", consisting of three books, I'm pretty thoroughly touched the lives of prostitutes in the barquentine "Grato", runs from wealthy tourists along the French Riviera. However, the main characters of my works, by the way, the twenty-fourth - kingpin named Gennady Solomentsev Phot and his friend Edward named Saveliev Saveliev. In the first book of the action takes place in France during the second and third - in Russia and Sweden.

Related to item "Vladimir Shitov - to pay its debts (pdf)":

Depressants - will help get rid of the loan

Guild Wars 2 GOLD. We are looking for suppliers. A lot.