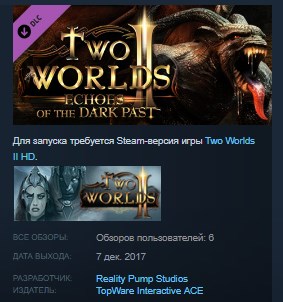 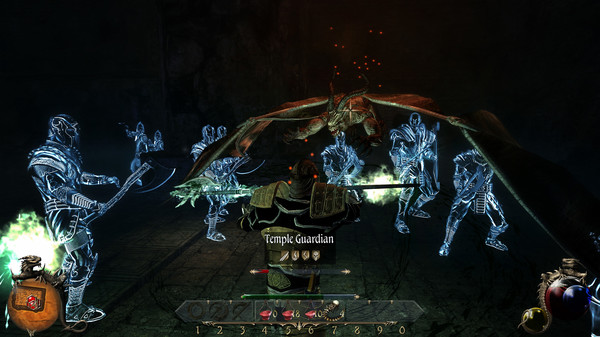 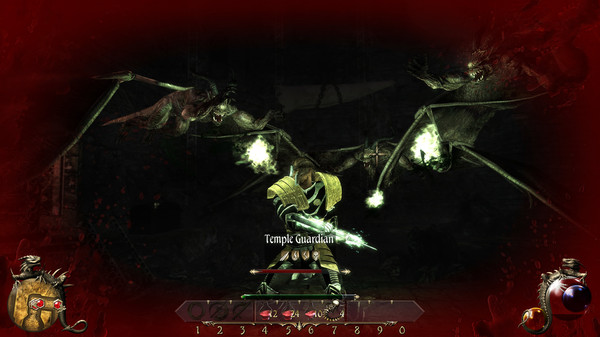 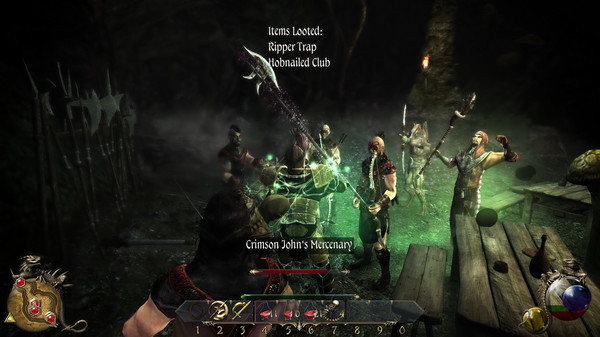 Return to Antaloor in a brand-new, three-map multiplayer adventure that bridges the events of "Two Worlds II" and "Call of the Tenebrae"!

Even in the darkness that has enshrouded Antaloor, old friendships burn brightly! When Doctor Lavarius, your old friend from Veneficus University in New Ashos sends you an unexpected letter asking for help, you quickly rush to his aid... and the riches that usually follow his schemes!

It seems that the good Doctor has learned of some curiously abandoned structures located deep in the forgotten Eastern Regions. Local legends claim that they were built by the Tenebrae, the cursed order of vile monks who once mercilessly ruled Antaloor with an iron fist.
The legends also say that no human has entered these structures since the Order perished centuries ago... and that a great source of ancient evil still exists deep in their depths, located in an underground lair!

But those are just legends! No one truly believes those childish tales! Besides, the stories were likely created to scare off intrepid explorers looking to uncover the priceless Tenebrae artifacts and secrets. Perhaps there are even lost Tenebrae technologies down there, worth more than a mine full of gold!
Come to think of it, you’d better hurry; the University has more leaks than a rotten boat and there’s no telling how many cutthroats and treasure hunters have already heard about the doctor’s discovery. If you want the treasures within, you must make haste before the rabble beats you to them.
As you enter the first dungeon, the giant stone gate slams shut behind you. You are met with only silence. And yet…it seems as if the darkness is not empty.
Slowly, the sounds of claws on stone and guttural moans reach your ears…and they’re coming closer.

You fire your torch and unsheathe your blade- it appears that there’s more to the legends than you thought. A grin touches your lips. Let them come!

FEATURES
★ A multiplayer adventure with a complete storyline spanning three maps: "The Forbidden Mines", "The Begrimed Grotto", and "The Ancient Temple"
★ Each map contains the main quest chain in addition to a host of optional side-quests
★ All new magic cards! Summon the lethal Tribal Rats, the helpful Marshland Motharks, and the predatory Irenite Ants to assist you in combat
★ New Tenebrae altars wait to be discovered, aiding your quest by restoring your health and mana
★ Over 300 newly added and enhanced items for all classes, including clothing and weaponry, from coats to armor, for both male and female warriors
★ Fully upgradeable Irenite swords
★ Updated weapon appearances with all new looks and visual effects
★ Over 20 new paint pigments to color and customize your equipment, from earthy tones to bright, colorful pastels
★ Enemy markers have been reprogrammed and revamped to improve enemy spawning
★ New chests scattered randomly throughout the adventure contain mighty power crystals
★ Maps are packed with enemies, including bloodthirsty mercenaries, possessed cultists, freakish Irenite mutants, cursed spirits, crafty criminals, and the deadly "Dawgs", a vile offshoot of the Varn tribe
★ All non-quest equipment from "Two Worlds II", "Pirates of the Flying Fortress" and "Call of the Tenebrae" is now available randomly in shops and chests.
★ Monster packs have been upgraded and enhanced up to level 300 for increased difficulty, providing a stiff challenge for even the mightiest warrior
★ A new musical score composed specifically for this Multiplayer adventure
★ Enemies now have access to all weapons, ramping up the challenge and making every area progressively more dangerous with each replay