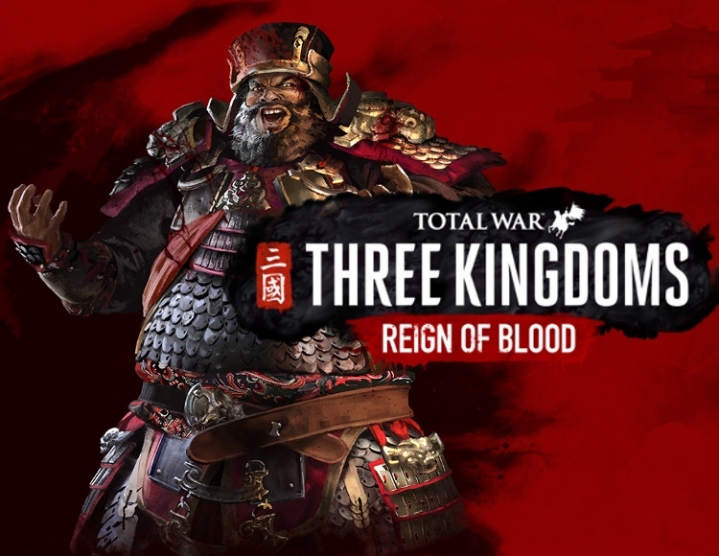 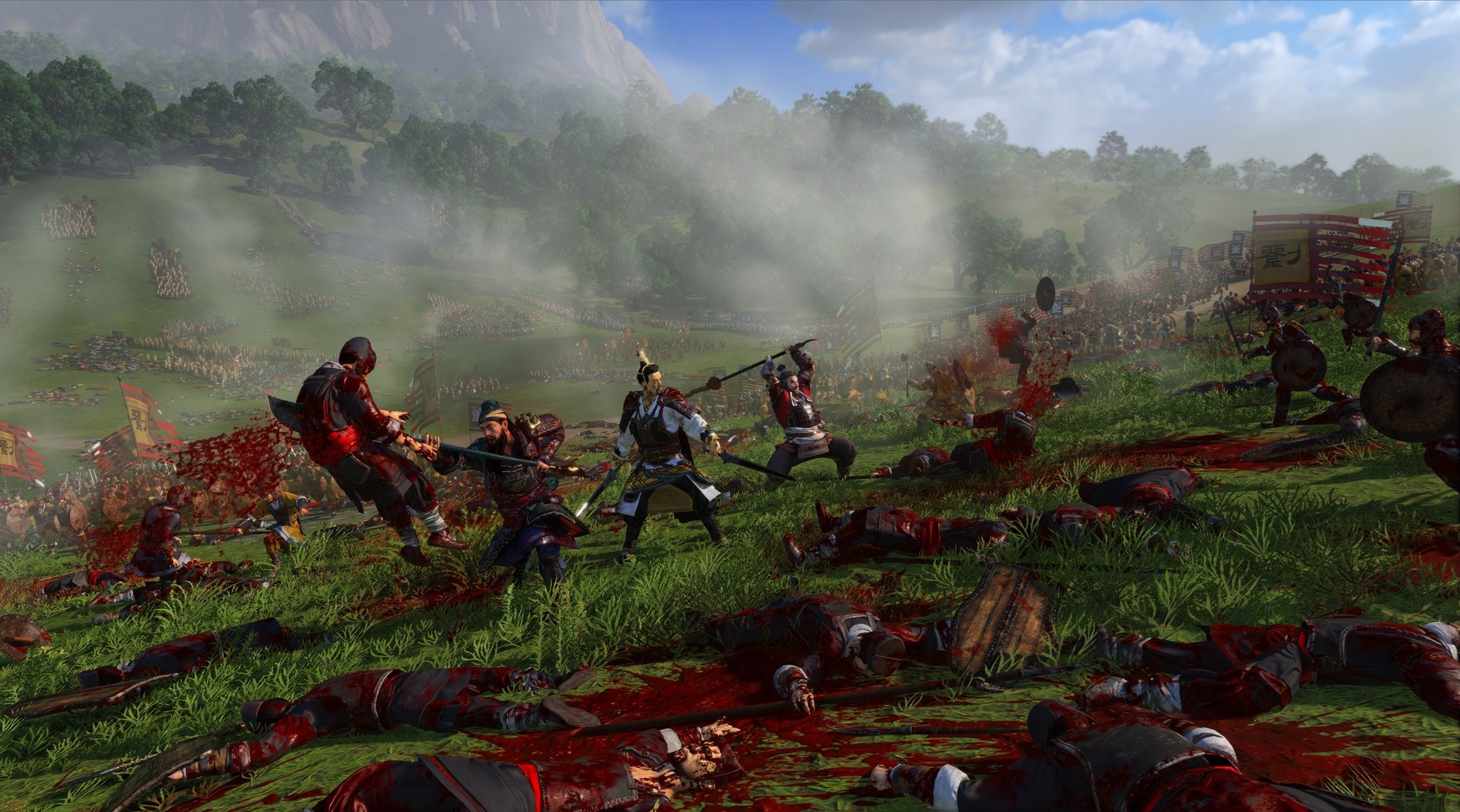 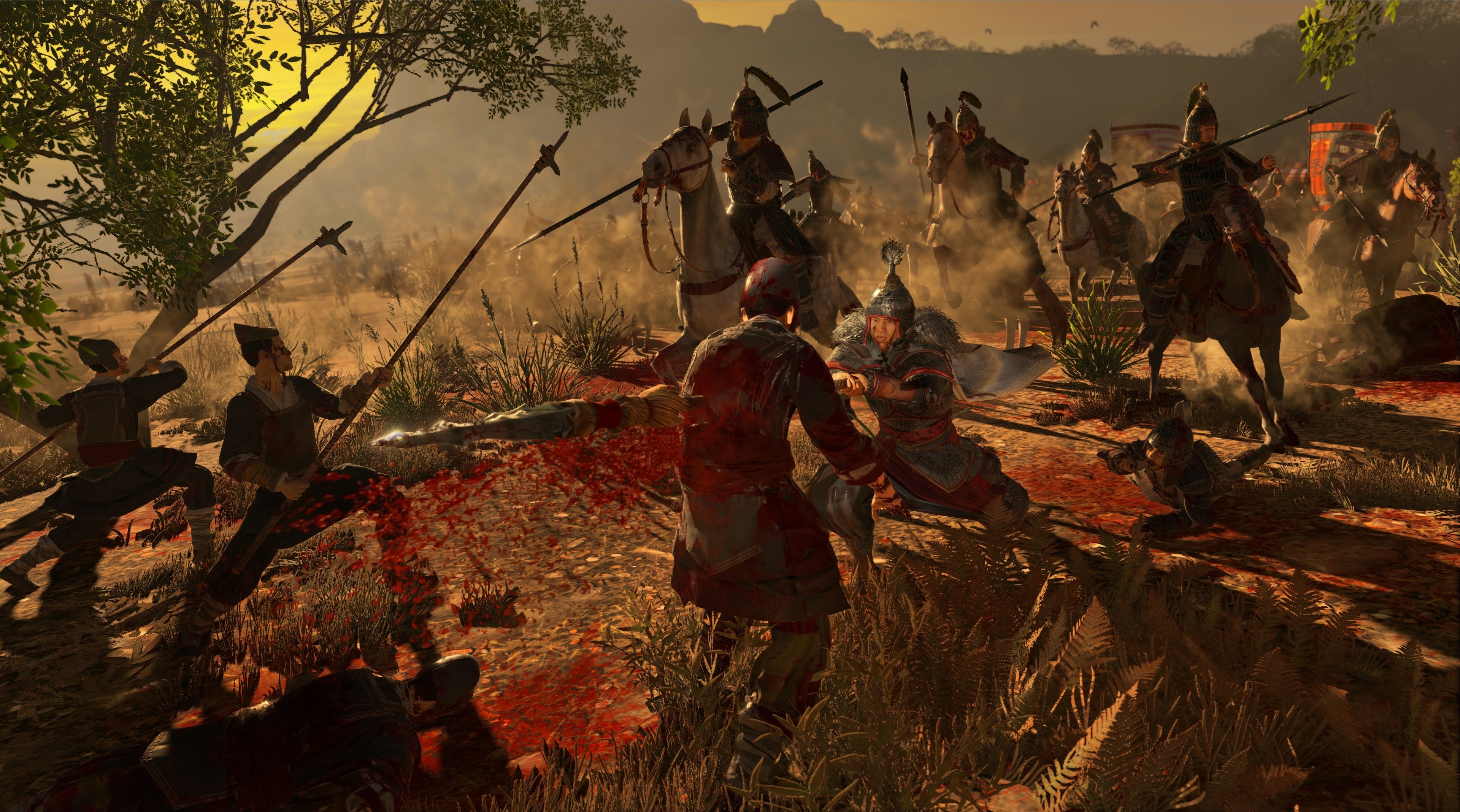 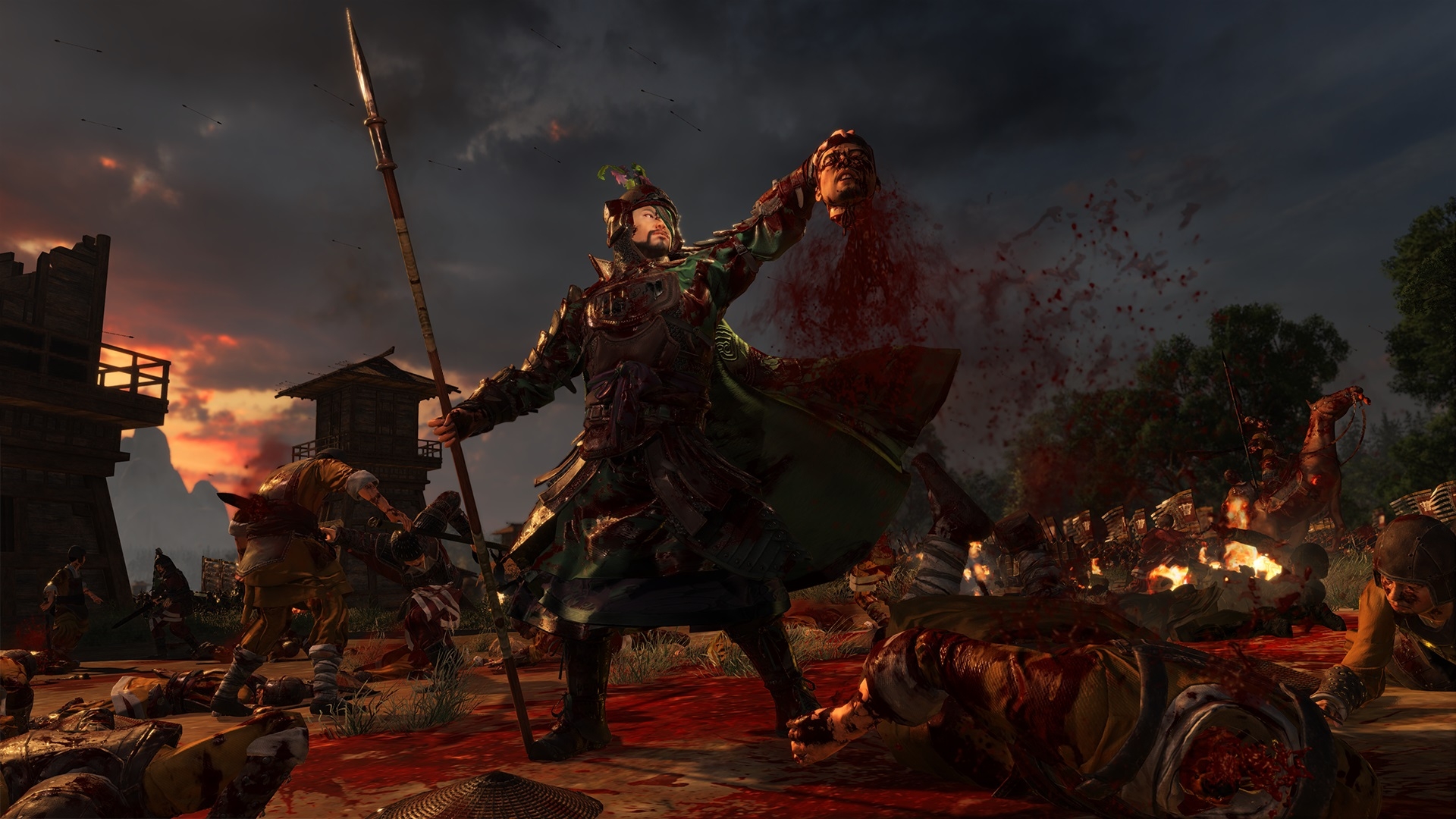 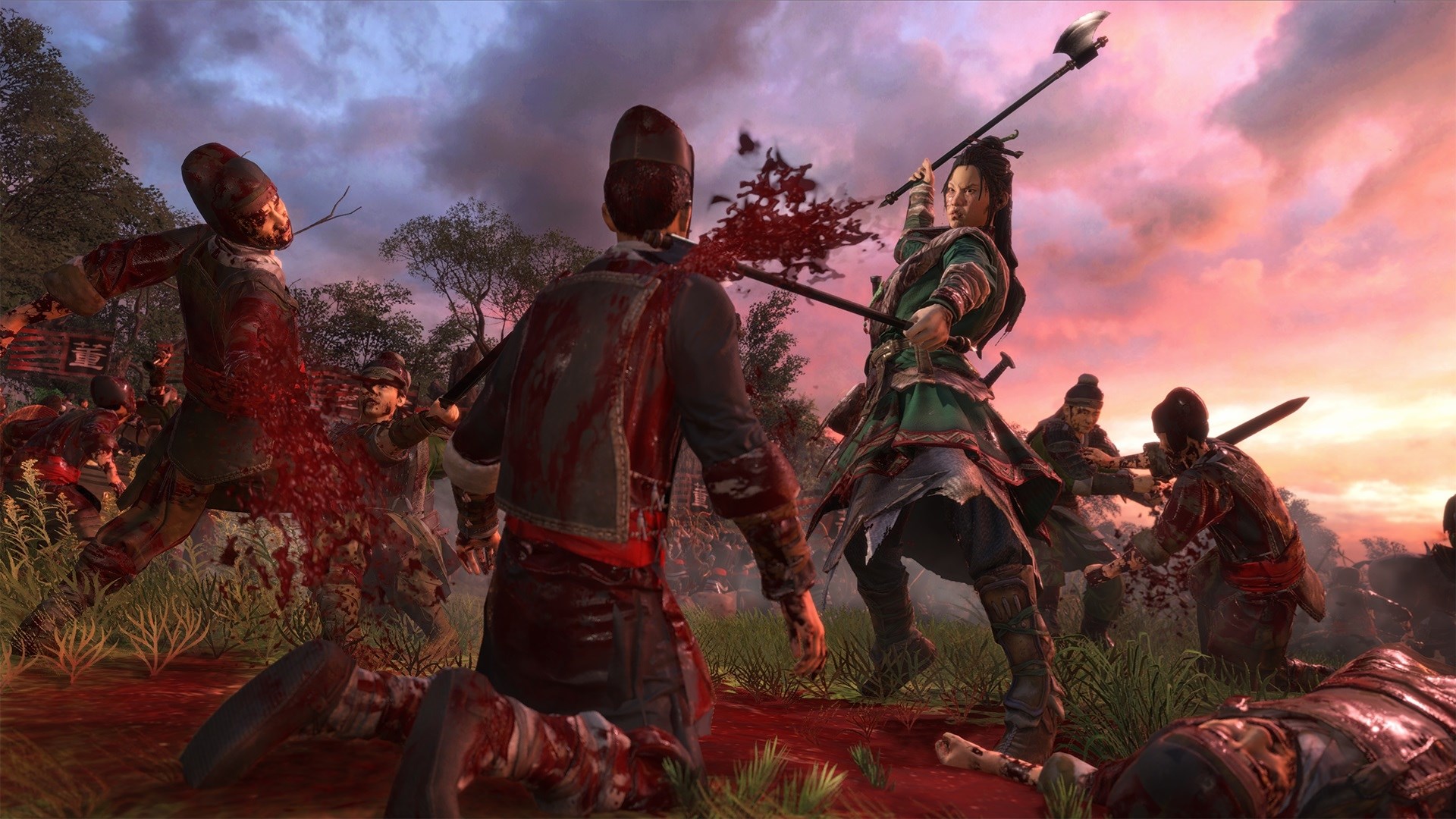 Description:
Attention! To start the game requires the presence of the Total War: THREE KINGDOMS.

“... He is as impenetrable as darkness; his movement is like a thunderclap. ” - Sun Zi The greatest battles of ancient China are ready to show you their ugly wrong side. The addition of “Reign of Blood” (Reign of Blood) changes the visual design of Total War: Three Kingdoms, adding new special effects, animations and deadly blows. Changes affect both the battle and the campaign screen. By installing the add-on, you can change the visual design of the game from the graphics settings menu. The list of changes is the campaign screen: New - bloody and naturalistic - illustrations for events.
Blood in the animations of fighting characters in the auto-calculation of the battle.
Battle Mode: Dismemberment of people: cutting off limbs and heads.
The dismemberment of horses: cutting off the legs.
Charred corpses.
Splash of blood in injuries.
New death animation for battles between characters and foot soldiers.
Scattered corpses adorning the battlefields.
Naturalism and cruelty of visual effects can be adjusted.
Attention! Depending on your country of residence, setting the Reign of Blood visual effects set can increase the game´s age rating.