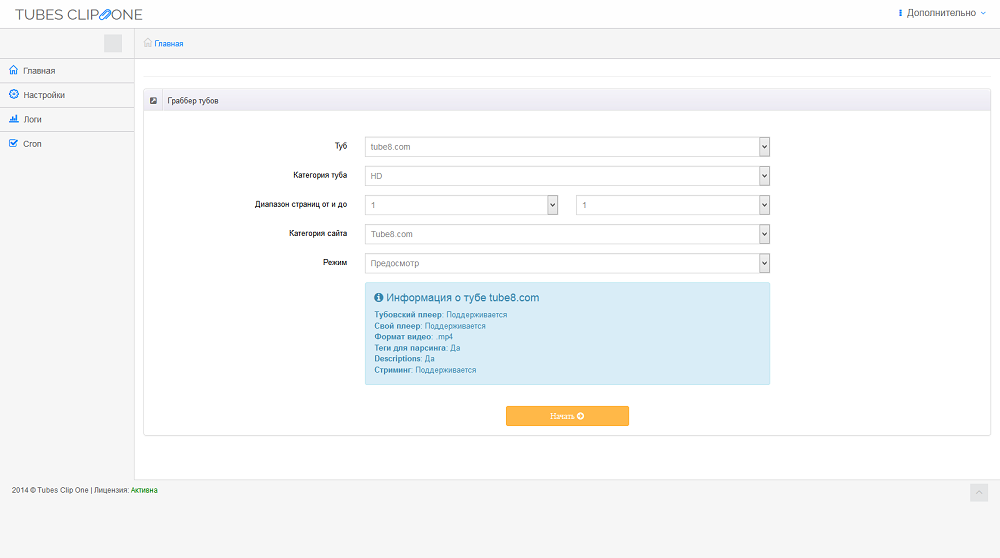 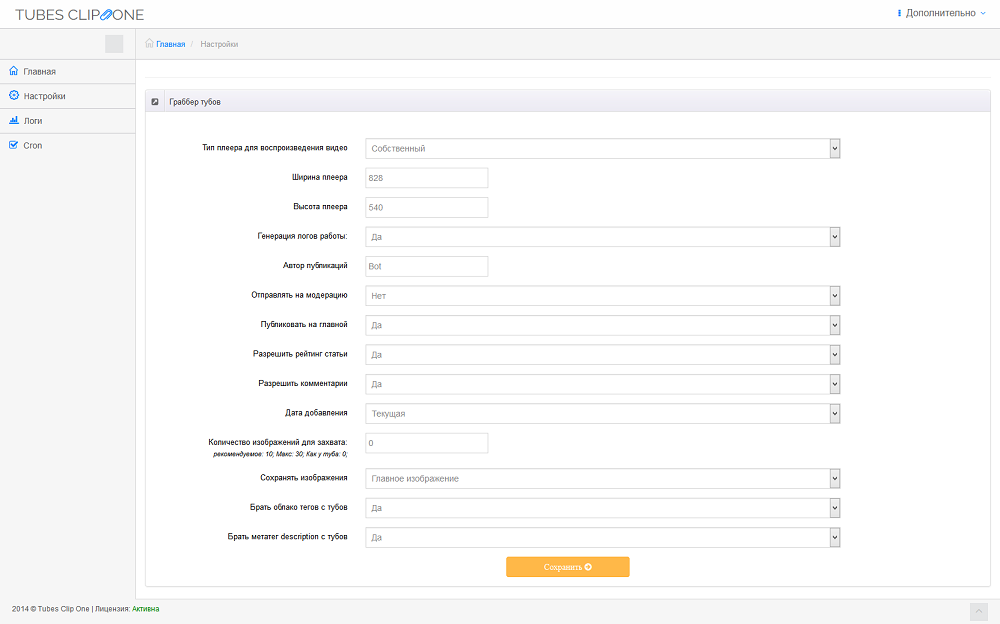 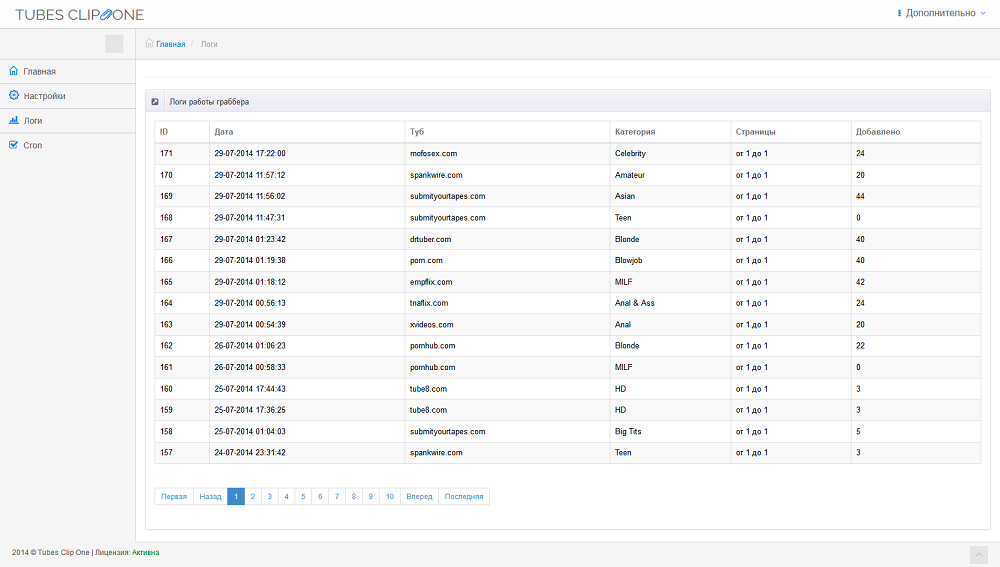 Razor82 information about the seller and his items

Tubes Clip One - is a tool for parsing the data required to create and populate the adult video sites. Tubes Clip One parses data from large adult-sites and has a number of useful functions.

Hosting requirements:
IonCube Loader 5.0 and above
The cURL library
PHP 5.4 - 5.6