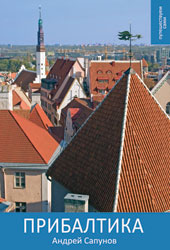 wladislavk information about the seller and his items
offlineAsk a question

Baltic States - one of the most pleasant places on the European continent for independent travel, regardless of budget. With Western Europe Baltic countries have in common the overall grooming and attention to the development of tourism and the mentality of the local people. From the Soviet Union got the low price level, the railway system, a good level of knowledge of the Russian language among the locals.

This book is written to help travelers who are going to go to the Baltic States on their own, without the help of travel agencies and intermediaries. In the book you will find:

- 20 maps of major cities in the Baltic region, which shows the objects described in the book;
- Public transport schedules, detailed information about border crossings and Schengen visas;
- A description of the Kaliningrad region - a small Russian enclave with old German architecture and seaside resorts.

For each city described indicated a few inexpensive place to stay, food service points and exit points to the Internet.

Related to item "Travel themselves - Baltic":