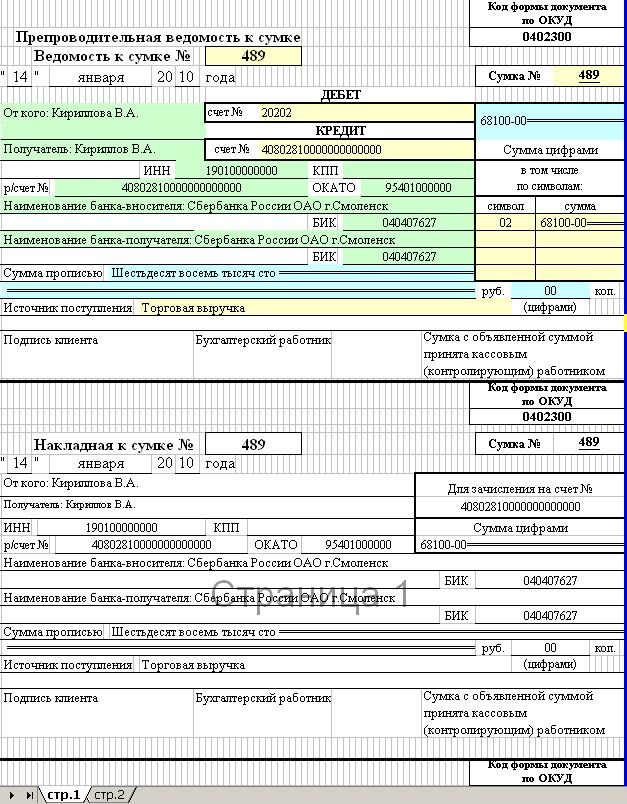 boss1 information about the seller and his items
offlineAsk a question

A new form of pereprovoditelnoy statements (effective from 1 September 2008). It is a book with Excel formulas and macros. Not tied to 1C, requires installed on the computer MS Excel.
Fill in the required data in the yellow and green cells (top of form). The receipt and delivery notes The figures themselves fit.
Provided avtomachicheskaya recipe amount. Ie fill in the data on private symbols, and the total amount in figures and words will be written by herself!

To operate recipe amounts and dobivku digits "=" sign is necessary that macros have been included in Excel (Tools - Macro - Security - Low).
Fill in the amount you need only in yellow cells - in the box "including the characters." The amounts put in the normal numerical form. Replacing the separation point on the dash and the addition of symbols "=====" will be automatically updated. Amounts in blue cells do not fill themselves - they will be filled in automatically if the included macros.