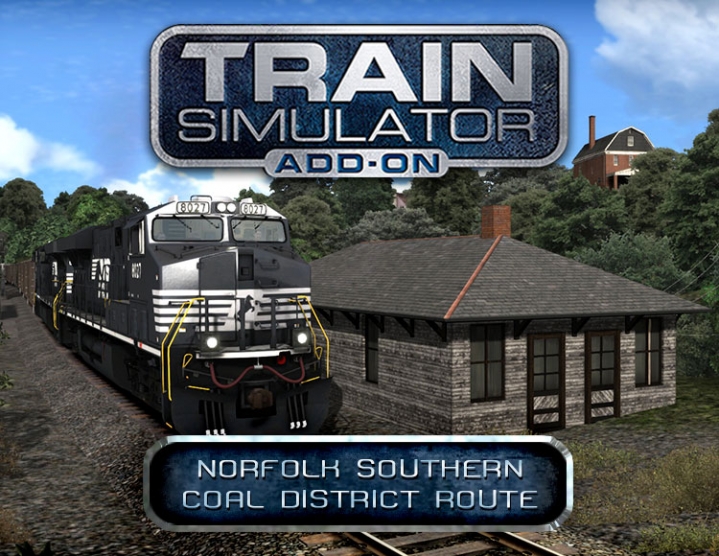 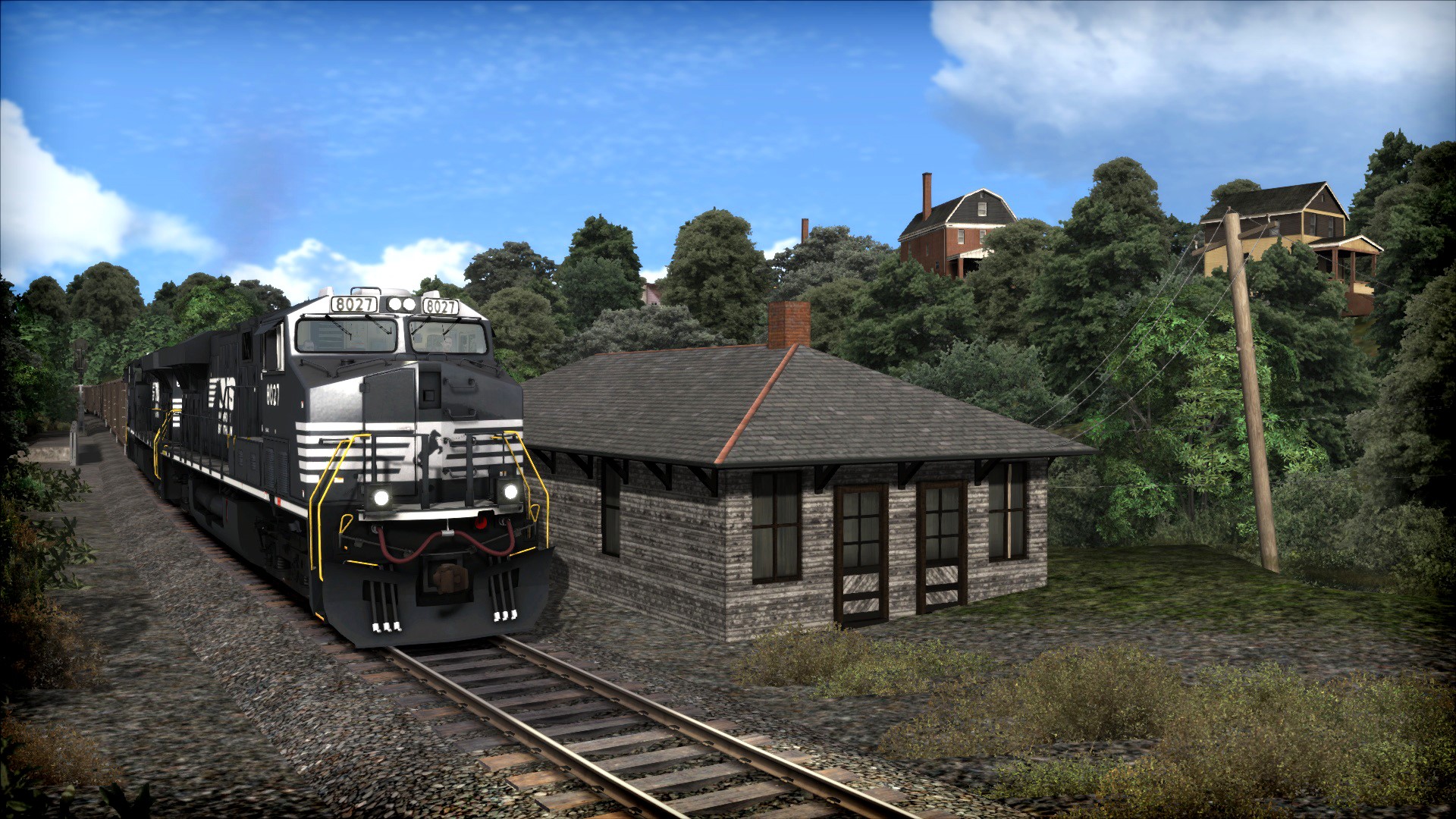 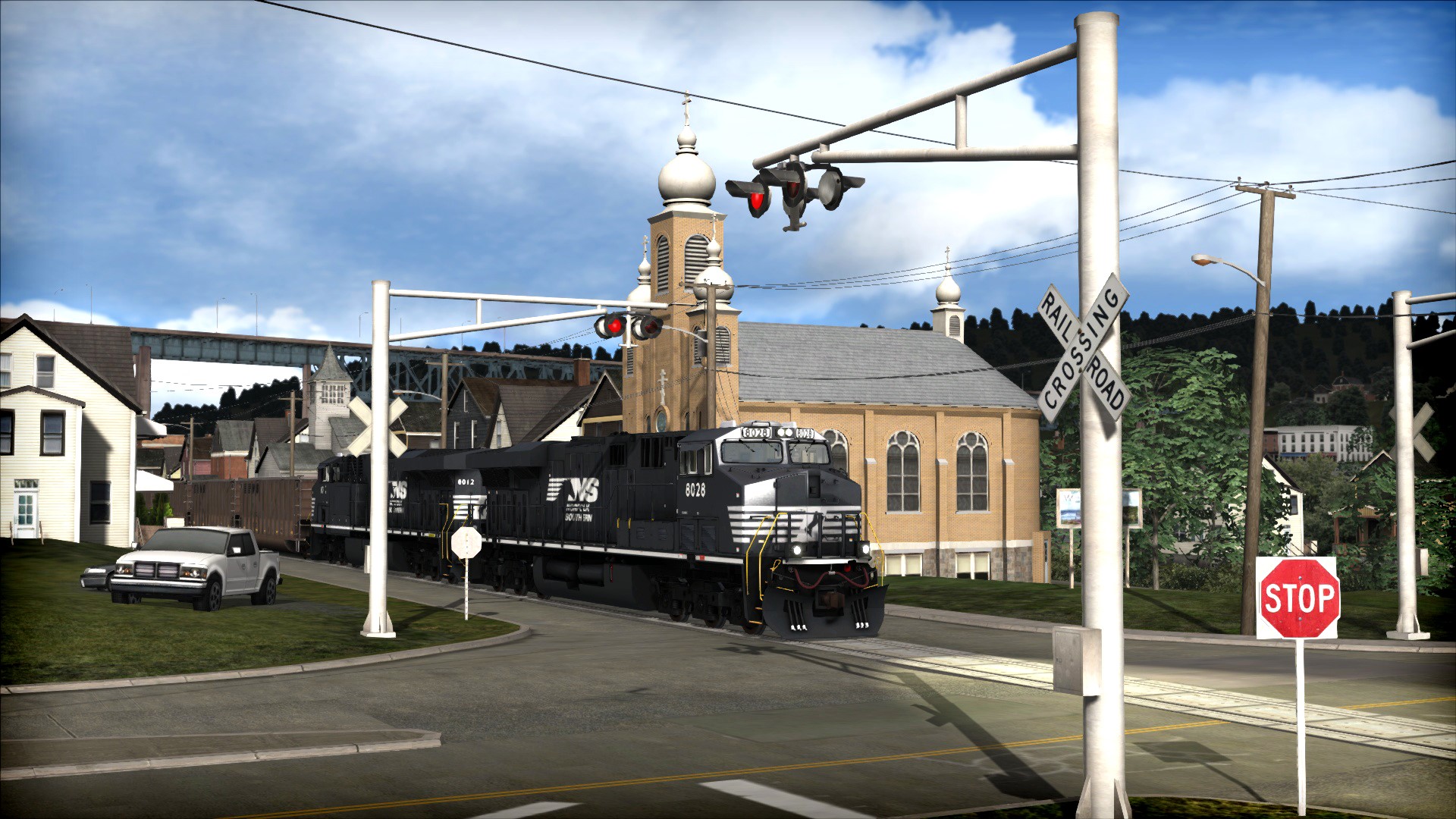 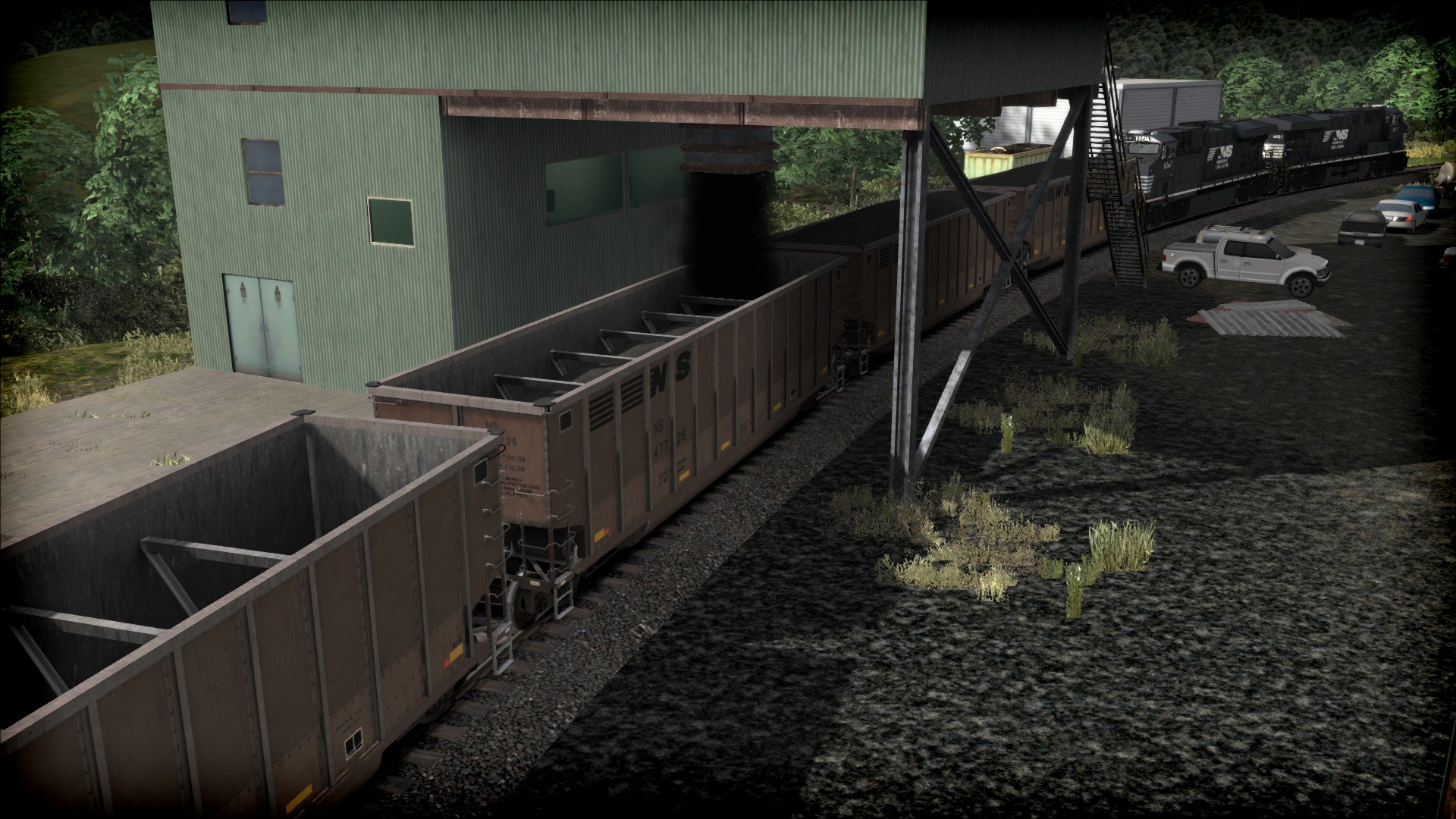 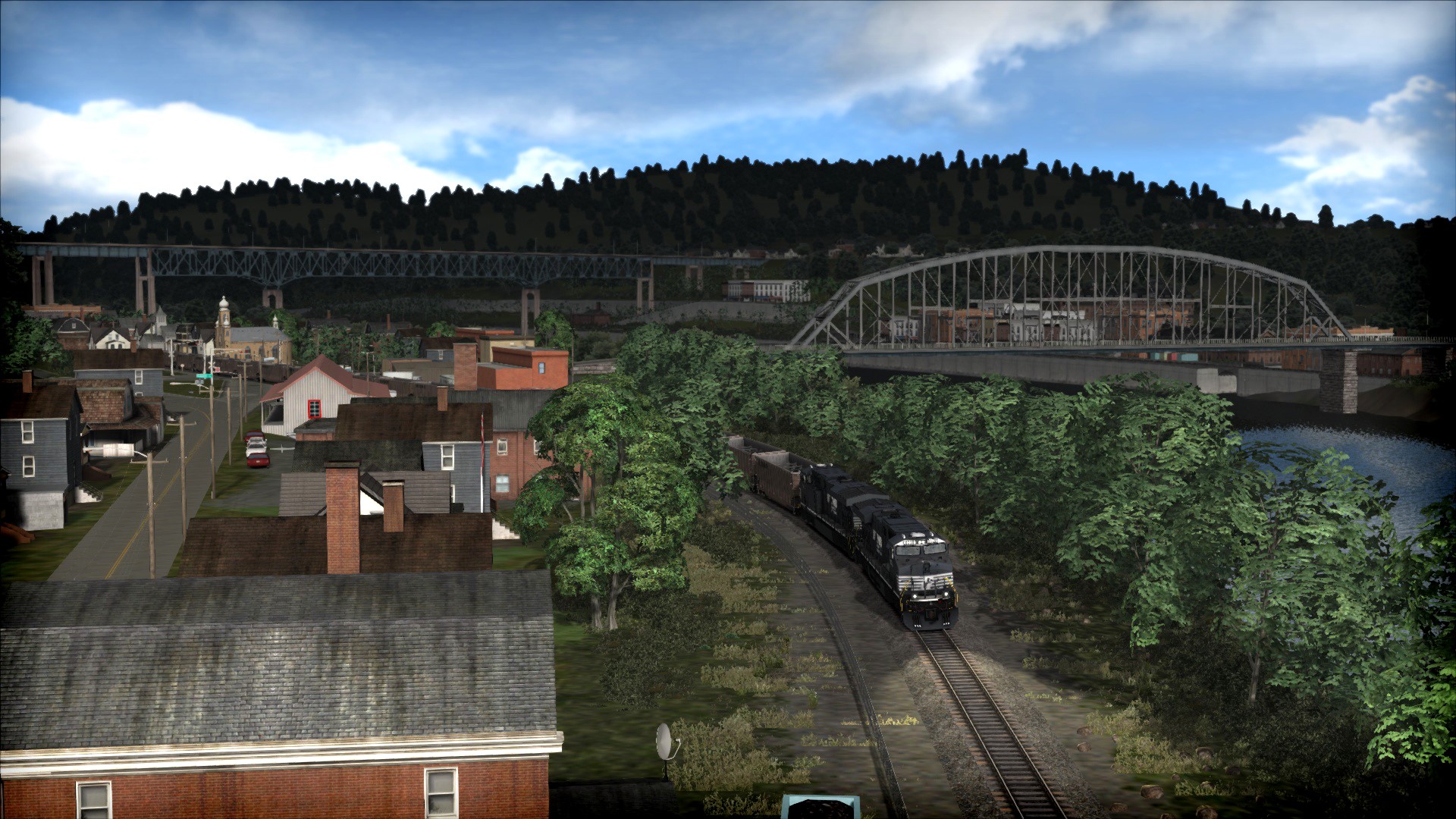 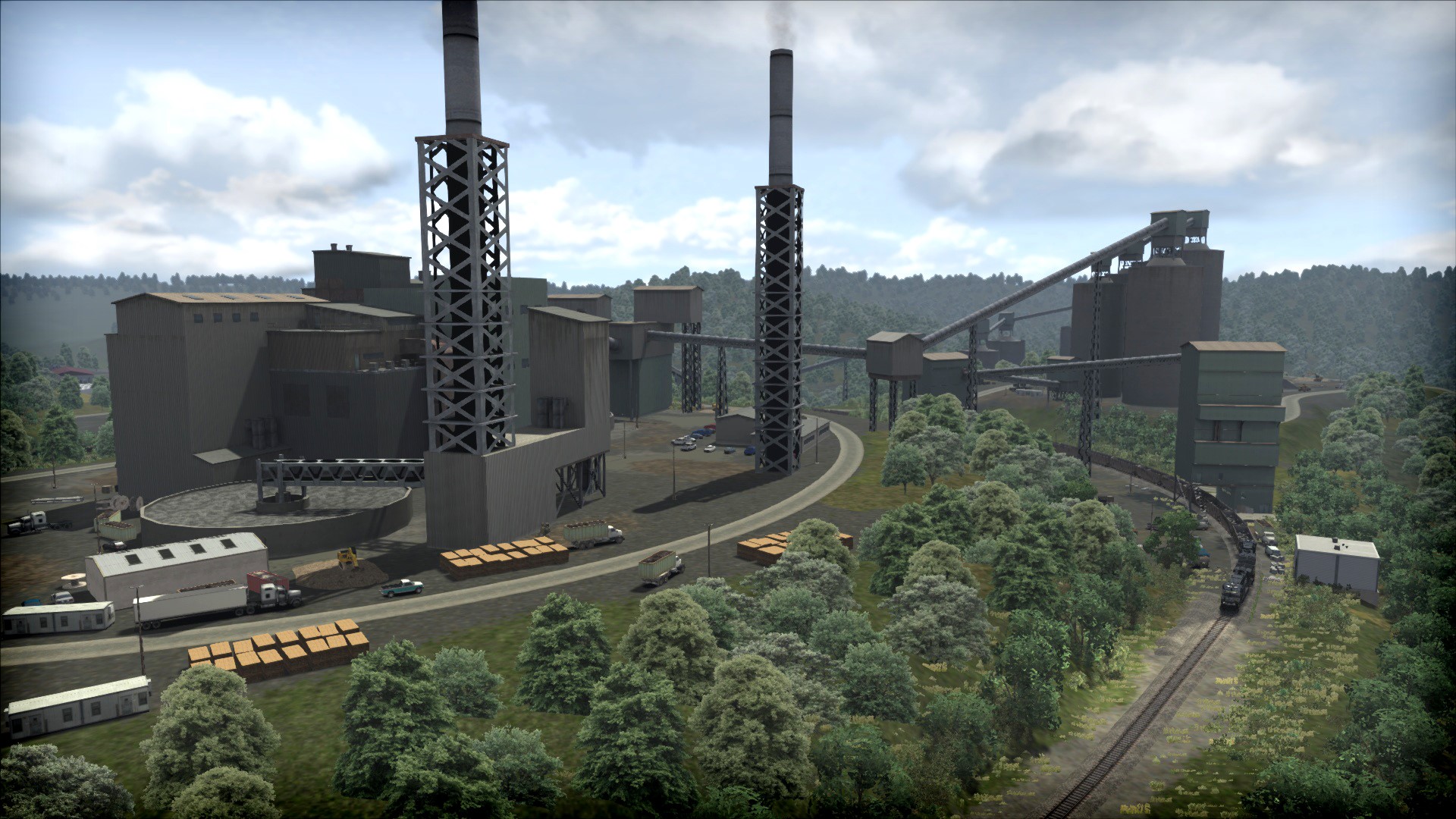 Description:
To start, you need a Steam version of the game Train Simulator. The beautiful Mon Line, paved through the very heart of Pennsylvania, the United States, now also as a route for the Train Simulator, will introduce you to a mile-long coal train and an unusual section of the railway that runs straight on The original Monongahela railway was a joint project between Pennsylvania Railroad (PRR) and Pittsburgh and Lake Erie Railroad (P & amp; LE). In the early 1900s, the two companies acquired many railway branches in the area, and by 1930 the Monongahela (´Mon Line´) route had a total length of more than 170 miles, and served numerous coal mines. Located in the coal area of ??Pennsylvania, these days the line belongs to Norfolk Southern, but CSX Transportation also has the right to use the paths. There are several coal mines on the route, the largest of which, Bailey Mine and Emerald Mine, are connected by rail to a freight park in West Brownsville, where coal trains continue their journey to power stations or ports to send coal for export. Already, about 20 million tons of coal, most of which is later reloaded to river barges. The main part of the route consists of four branches: Manor, Ten Mile Run, West Brownsville and Loveridge. In addition, the route includes a site where cars are forced to share with the full-sized freight trains a section of the central street in the city of West Brownsville. The route profile is relatively flat, as the road is laid along the banks of the Monongahela River to the Millsboro settlement, and then along the Mile Creek stream to Waynesburg station and the Emerald Mine. Then the route makes a turn to the northeast, following the bends of the Browns Creek creek. The last 15 miles pass through a truly virgin nature and end with a reversal ring at the Bailey mine, after which the coal mining area ends. The route includes a 50 mile stretch of Bailey Mine-West Brownsville route and a GE Evolution diesel locomotive ES44AC in Norfolk Southern. The locomotive has a capacity of 4,000 hp. and develops a top speed of 75 mph, which makes it the ideal diesel locomotive for working with long coal trains on the Mon line. You can independently dip coal into wagons using existing loading devices at the Bailey Mine and Emerald Mine mines, and then use all your experience driving the train, following the branch along the Monongahela River, which includes ways for scrap metal north of Brownsville, a repair base for barges and construction routes in the south, and a reloading base in Alicia. Scenarios: Training: ES44AC - Advanced Management
Training: ES44AC - Simplified management
Coal from the mine Emerald
Heavyweight - Part 1
Energy source
Manor trip Features: 50-mile Mon line from Bailey Mine to West Brownsville
10-mile branch along the eastern bank of the Monongahela River
Locomotive ES44 AC in painting Norfolk Southern
Coal hopper G11, empty and loaded version.
Function of loading coal at the mines of Bailey Mine and Emerald Mine
Locomotive Dash 9-44CW (Only in AI traffic)
Scenarios for the route
Compatible with the "Quick game" mode
The volume of uploaded files: 1 286 MB