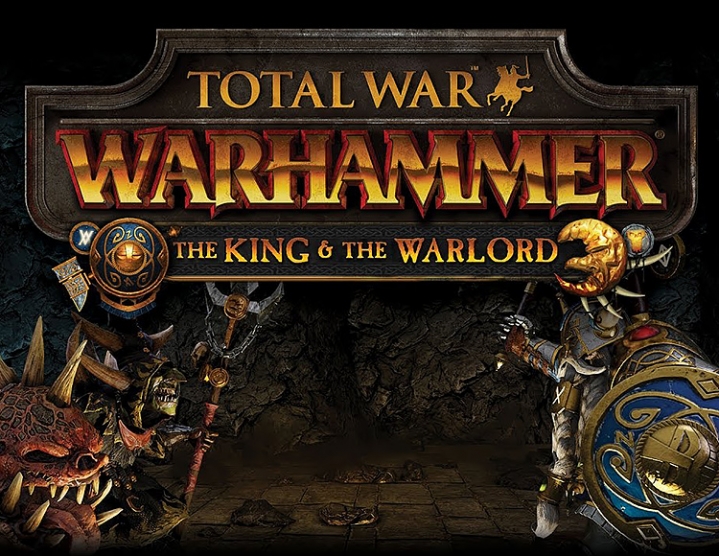 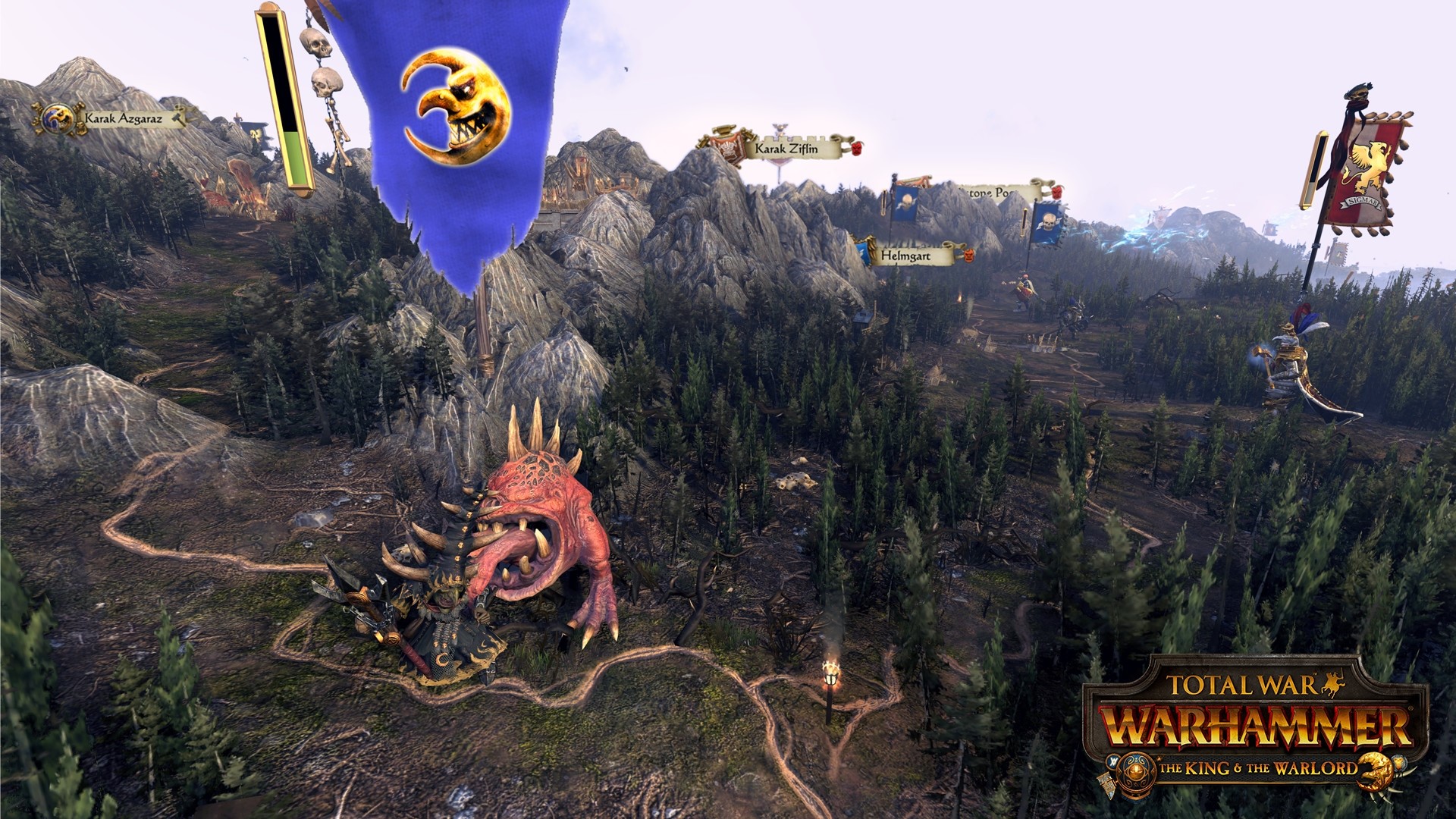 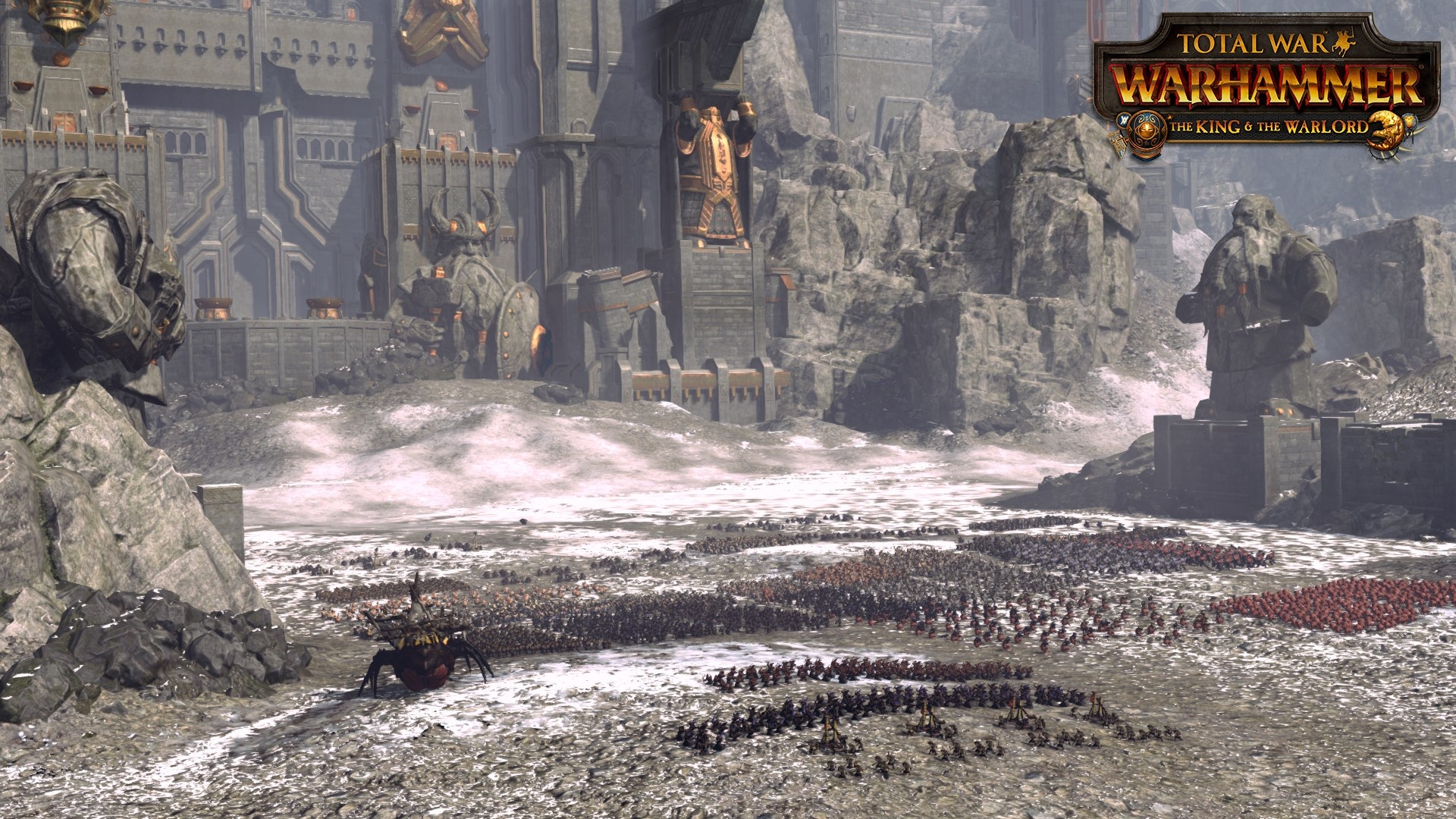 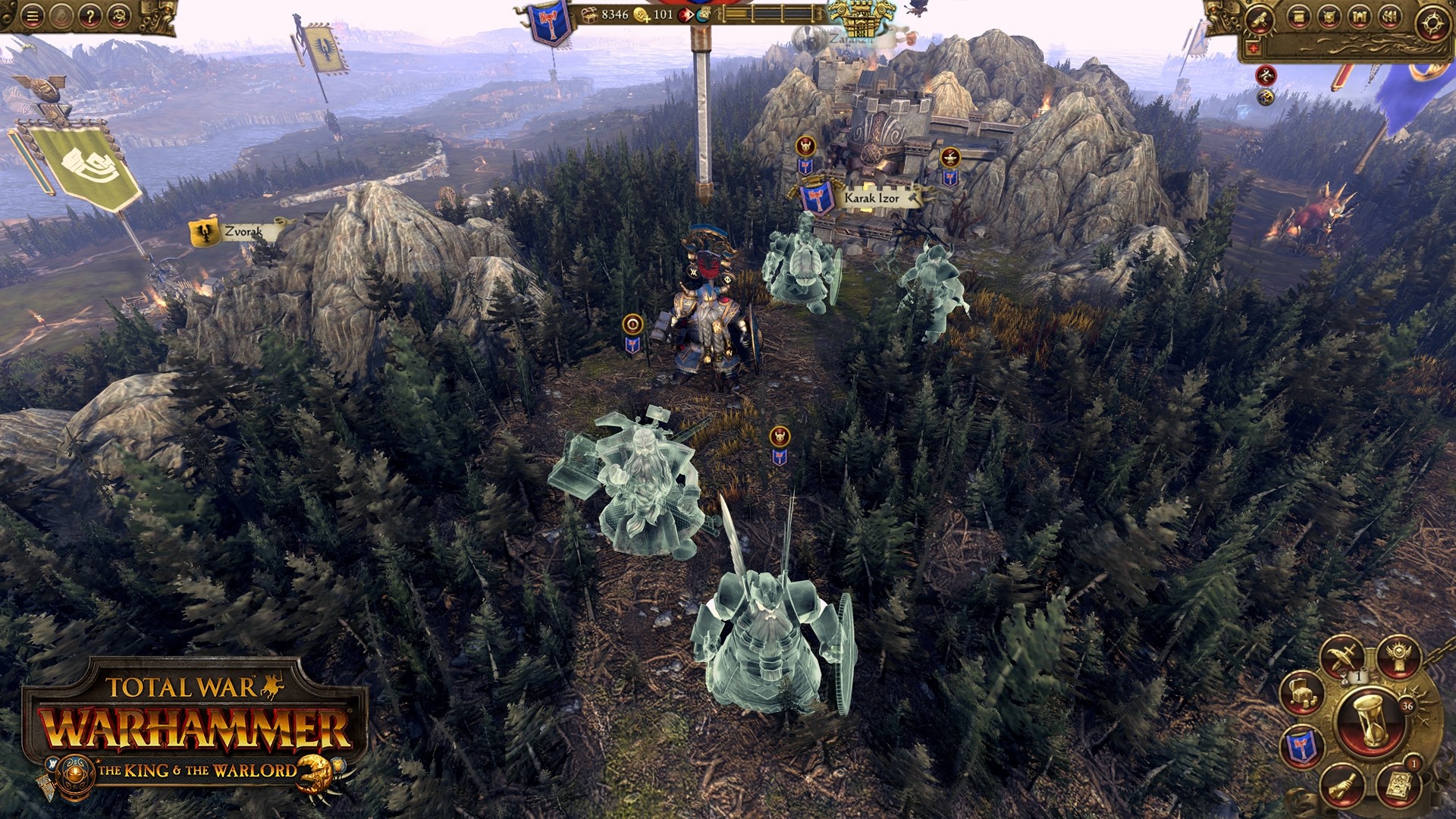 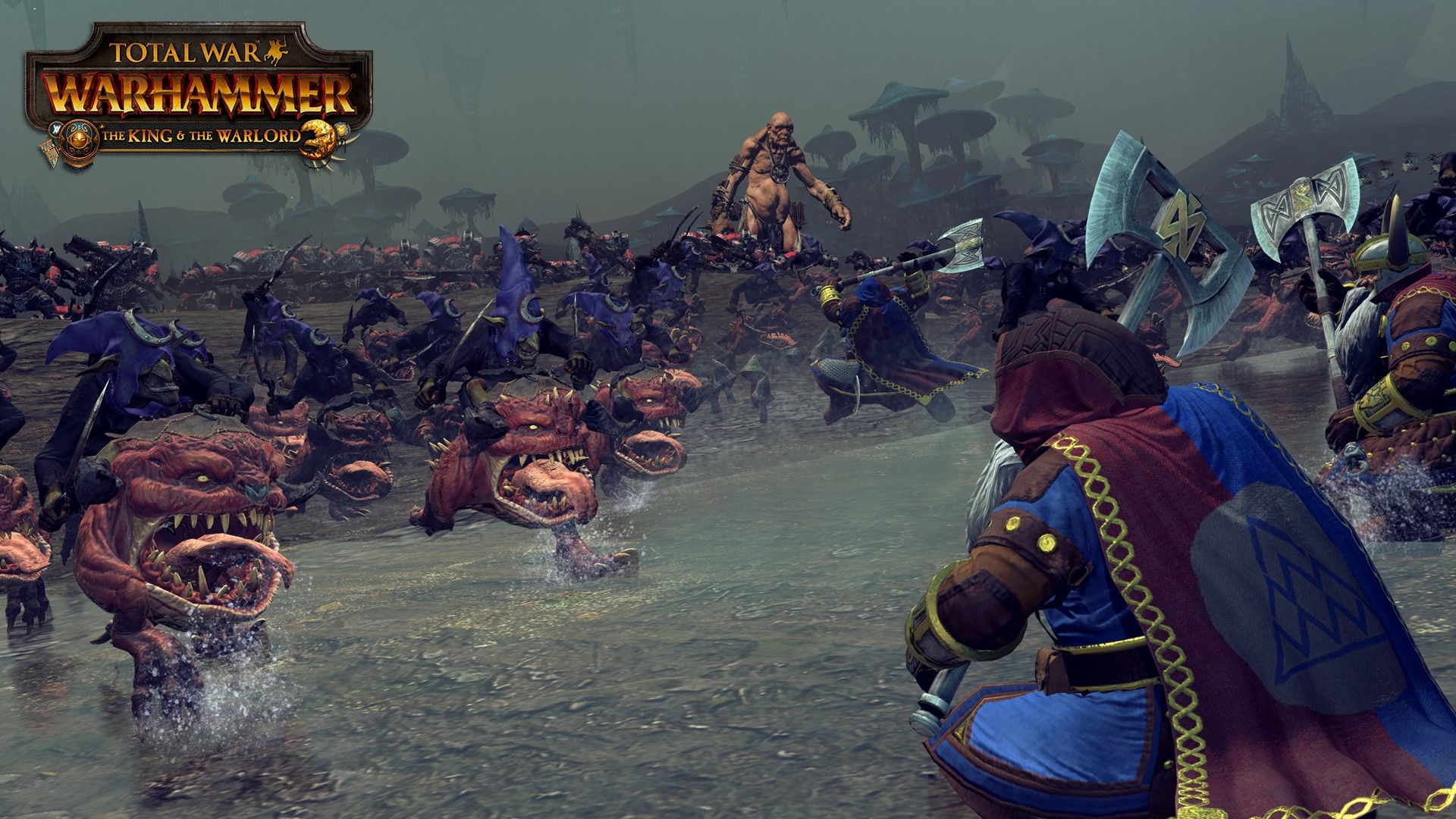 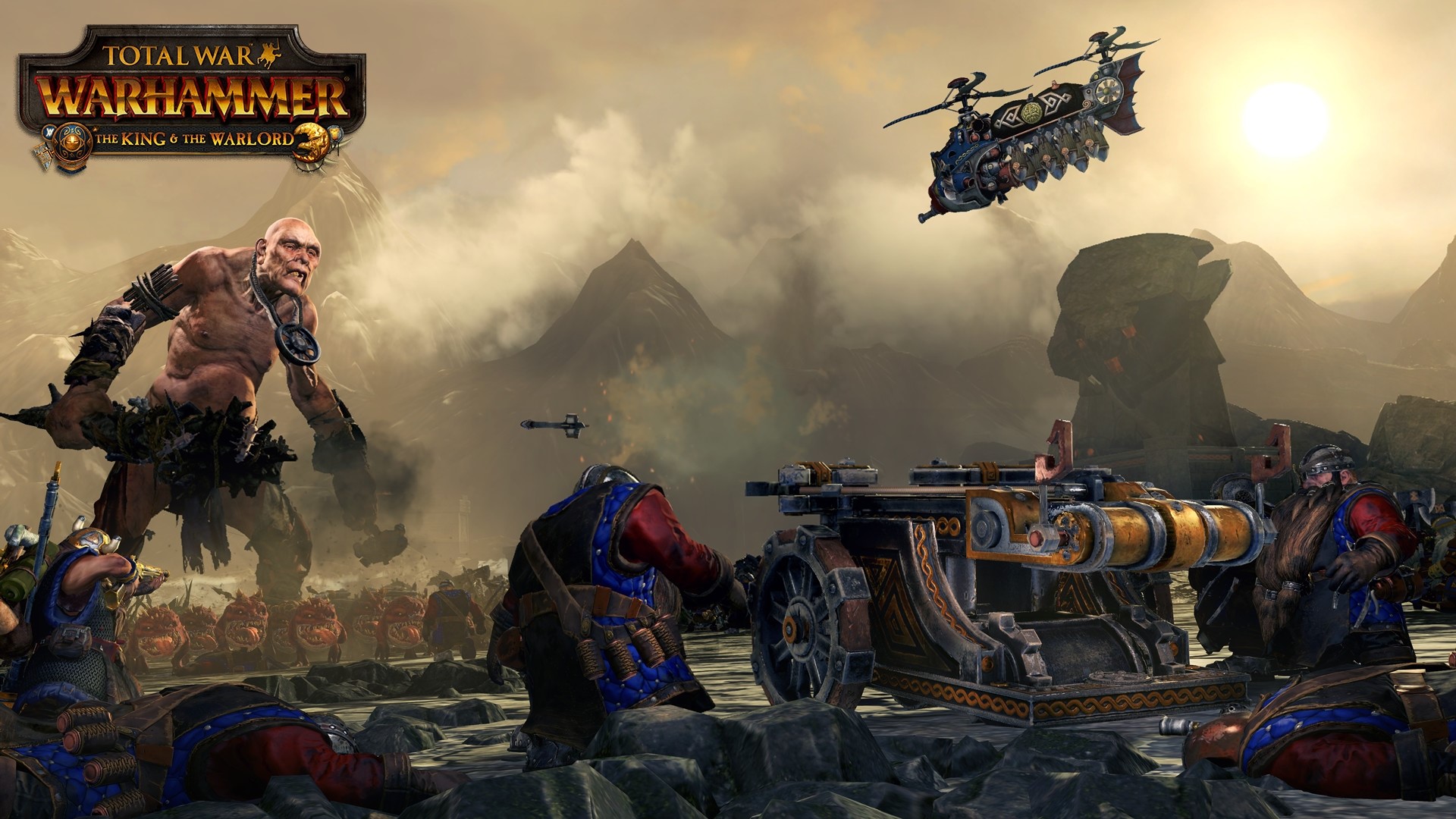 Description:
"King and Leader" - this is the second set of lords for the game Total War: WARHAMMER. Expanding the possibilities of greenskins and gnomes, he adds to the campaigns and battles of two famous characters and a whole series of cult groups from the universe of Warhammer Fantasy Battles. Two new legendary lords ...... with their own chains of tasks, magic items and skill treesTwo new types of lords Six new the types of troops22 of the new famous detachmentBelegaru Iron Hammer, who heads the Angrund clan, inherited a bitter heritage: his direct ancestor was King Lunn - the last dwarf ruler of the Eight Peaks of Karak. Belegaar vowed to regain the throne of this great fortress and is now gathering an army in Karak Izora. Speaking against the accursed coffins shoulder to shoulder with the spirits of the legendary ancestors, he will fulfill his vow and himself will go down into legends. Meanwhile, Skarsnik, the leader of the night goblins, who captured the Eight Peaks, went hunting for Squigs in the Gray Mountains east of Bretonnia. When he camped in Karak Azgaraz, news reached him of the campaign of Bellegar and, worse, of the mutiny of his subjects, who in absentia declared him deposed. Vile, vile, treacherous bastards! Two legendary heroes claim to one ancient fortress. Their fates are closely intertwined; one day the king and the leader will converge in the decisive battle for the right to be called the ruler of the Eight Peaks of Karak. The new legendary lords Belegar Iron Hammer, the true king of the Eight Peaks of Belegara, heir to the throne of the Eight Peaks of Karak, awaits a difficult but glorious future. This fearless dwarf swore to liberate his ancestral fortress from green-skinned usurpers, whatever it cost. But Eight Peaks is not only Belegara´s legitimate legacy, but also one of the greatest dwarven fortresses, second only to Karaz-a-Karaku itself. Having liberated her name in the Angrund clan, the Iron Hammer will be able to descend into the tombs of her ancestors and grab a huge arsenal of ancient rune weapons ... Unique starting position Begalar begins a large campaign in the fortified settlement of Karak Izor in the territory of the Borderlands. Advantages in the campaign During the large campaign, Bellegar is accompanied by his spirits ancestors: King Lunn Iron Hammer (Tan), Halkenhaf Kamneborod (tan), Dramar Molotoruky (experienced engineer) and Troni Zheleznobrov (rune-keeper). These fleshless heroes have all the advantages of astral orders. Playing for Belegaar, you can build outposts of the rangers - special buildings that allow you to hire huntsmen already at the early stages of the campaign. In addition, this legendary lord has the property "Assault on Fortifications" and can attack settlements with walls without siege weapons. On the other hand, until he releases the Eight Peaks of Karak, he will have to bear increased costs for the maintenance of troops. Special Assignments While fulfilling special tasks, Belegard can obtain two legendary objects - the shield of contempt and the formidable runaway Angrunda Hammer. Scherznik, the leader of the Eight Pikas The Scarce, the leader of the Krivoy tribe Months, is the most powerful night goblin in the mountains of the Edge of Light. Such a high status he managed to achieve thanks to an unusually sharp mind, tireless anger and unlimited cruelty, amazing even by the standards of green skin. Skarsnik himself fights well in close combat, but the main threat to his opponents is not he, but his favorite cave squig Proglot. In the eyes of this huge gluttonous creature, any enemies look like appetizing running snacks. Advantages in the campaign From the very begin