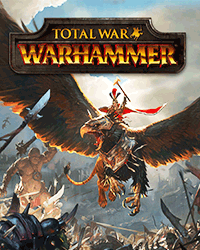 After paying for the order, the system will automatically (without our participation) instantly send you a link by mail to access the official activation key for the game - Total War: Warhammer

• Eight lords of four races will face all the hardships prescribed in the script, in their own way solving the tasks.
• Hundreds of hours of play can be spent in this stunning world of Warhammer Fantasy Battles, among magical creatures and legendary heroes that terrify the entire area.
• Spiteful gnomes and bloodthirsty vampires, green-skinned orcs and goblins, as well as brave warriors of the Empire: for all of them unique gameplay is prescribed, including the style of battle, as well as their own set of troops, magic and path of development.
• An exciting story will unfold in front of you during the passage of unique plot tasks, which will help you to complete your army, magic and countless assistants, the most incredible kind.
• The huge campaign map is generated from an excellent set of landscapes and creatures, immersing you every time in epic battles and exciting strategy of unimaginable proportions.
• Supernatural creatures clash in a great battle, bringing destruction to each other. Giants, dragons, wyverns, griffins, dread cavalry, and ubiquitous foot soldiers of all stripes growl, shriek and stomp, tearing opponents to pieces.
• Powerful spells at one moment can change the course of a bloody battle, melting armor and changing the fighting mood of the fighting in one direction or another. Mages, necromancers and shamans will call upon such unpredictable and monstrous forces to help, which it is even terrible to mention.
• A great war broke out on earth and in heaven, the name of which is Total War: WARHAMMER. A fascinating plot, stunning graphics and an excellent combination of turn-based strategy game mechanics and large-scale battles will leave no one aside.

Activation:
1. Start the Steam client.
2. Go to the "Games" section and select "Activate on Steam".
3. Enter the activation key you purchased.
4. After that, the game will appear in your list of games and you can install it.