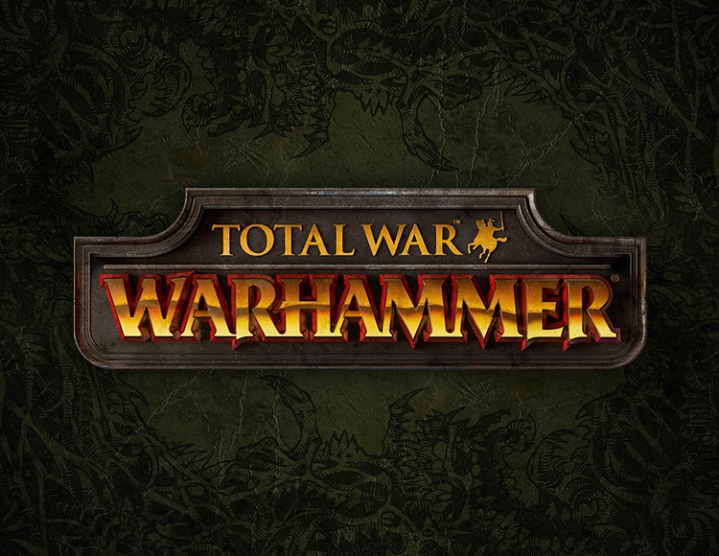 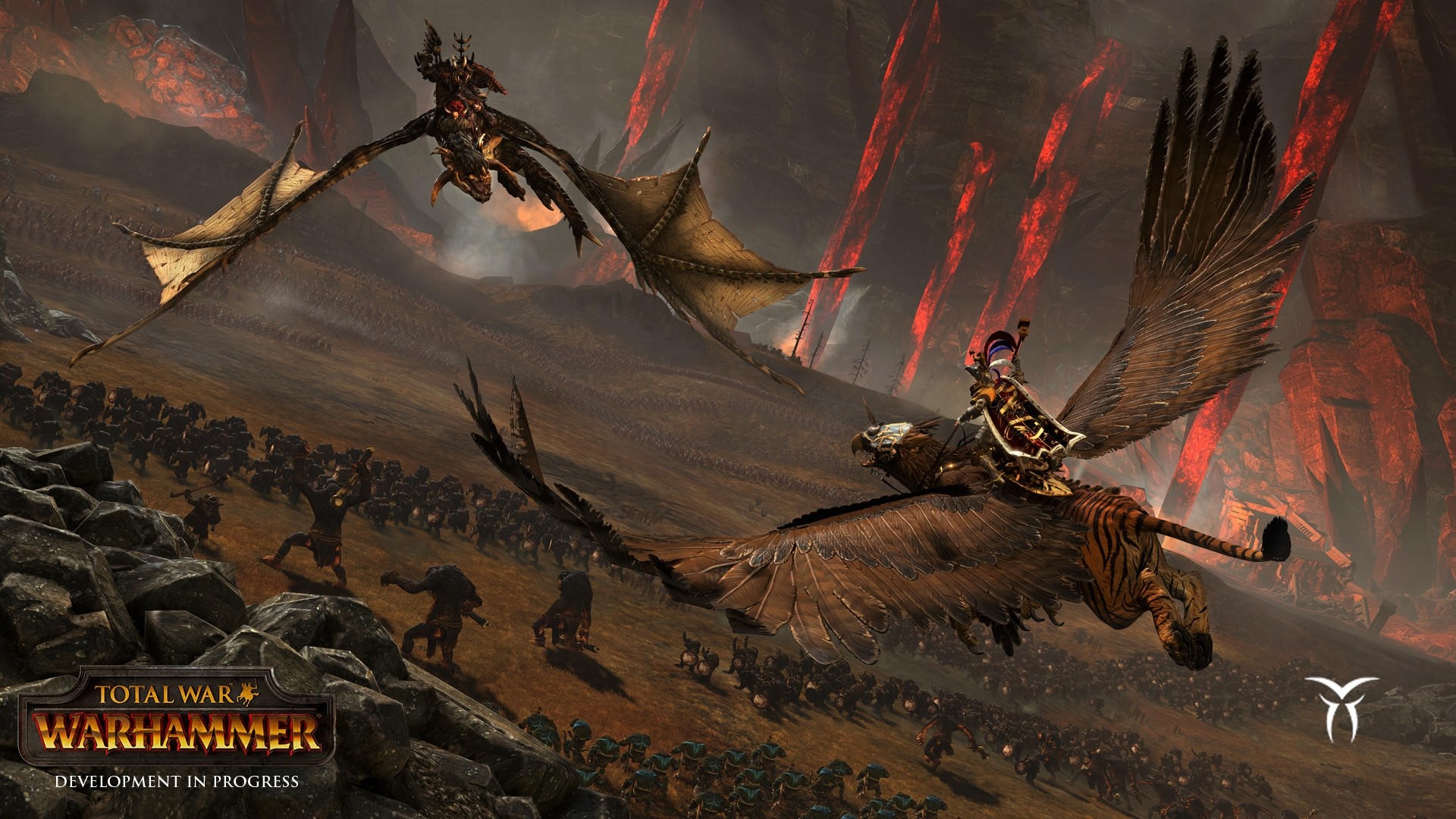 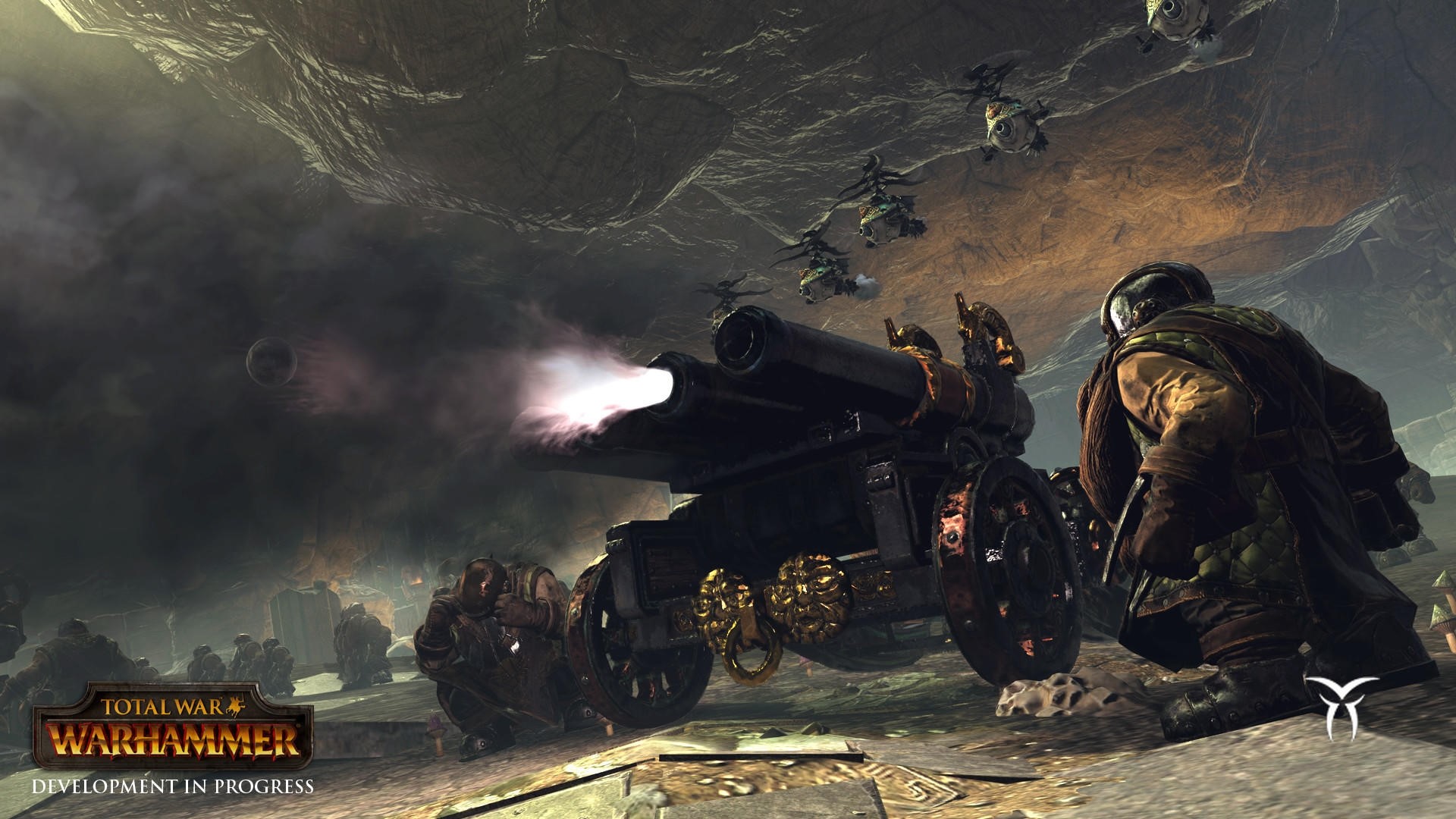 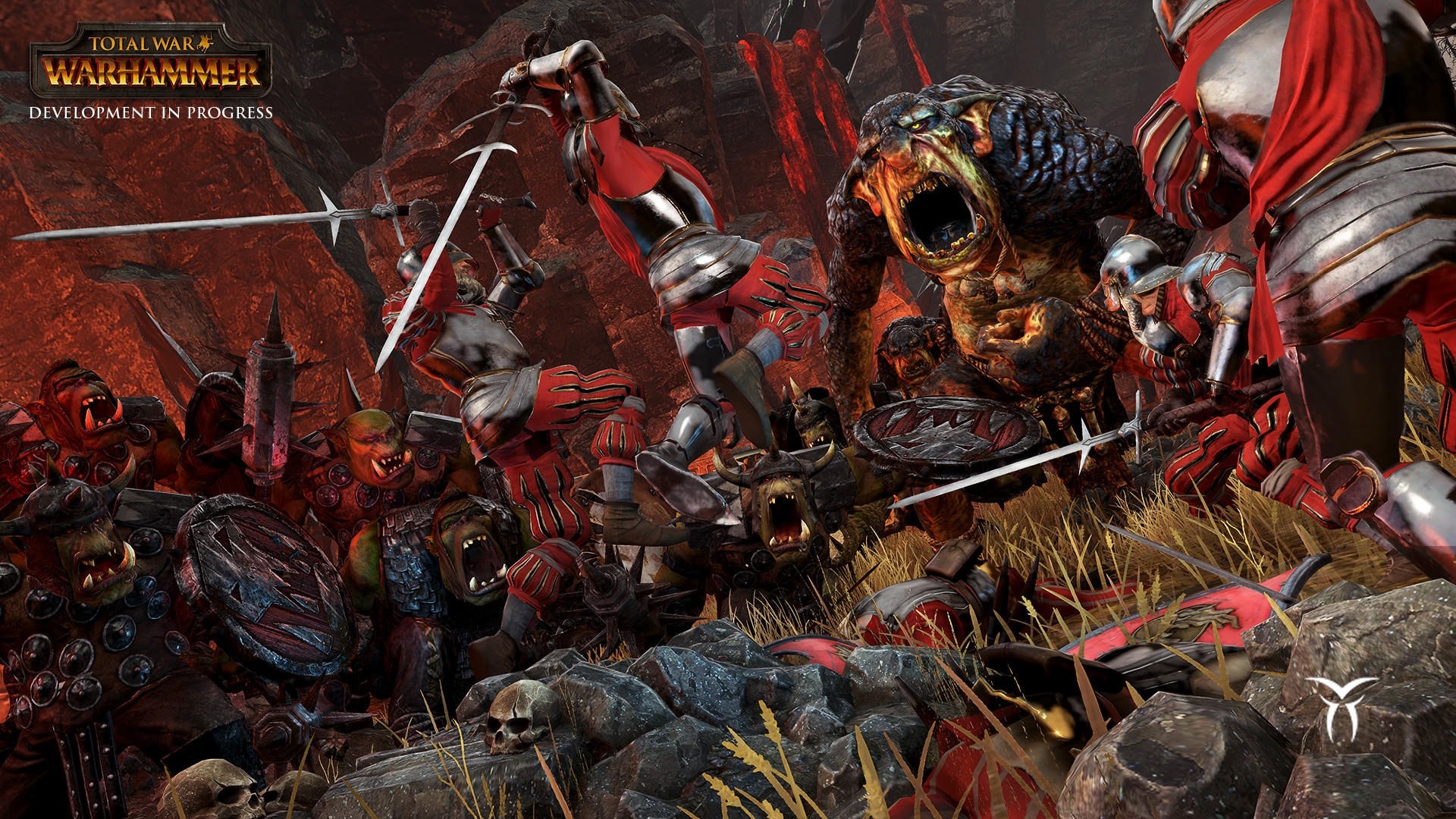 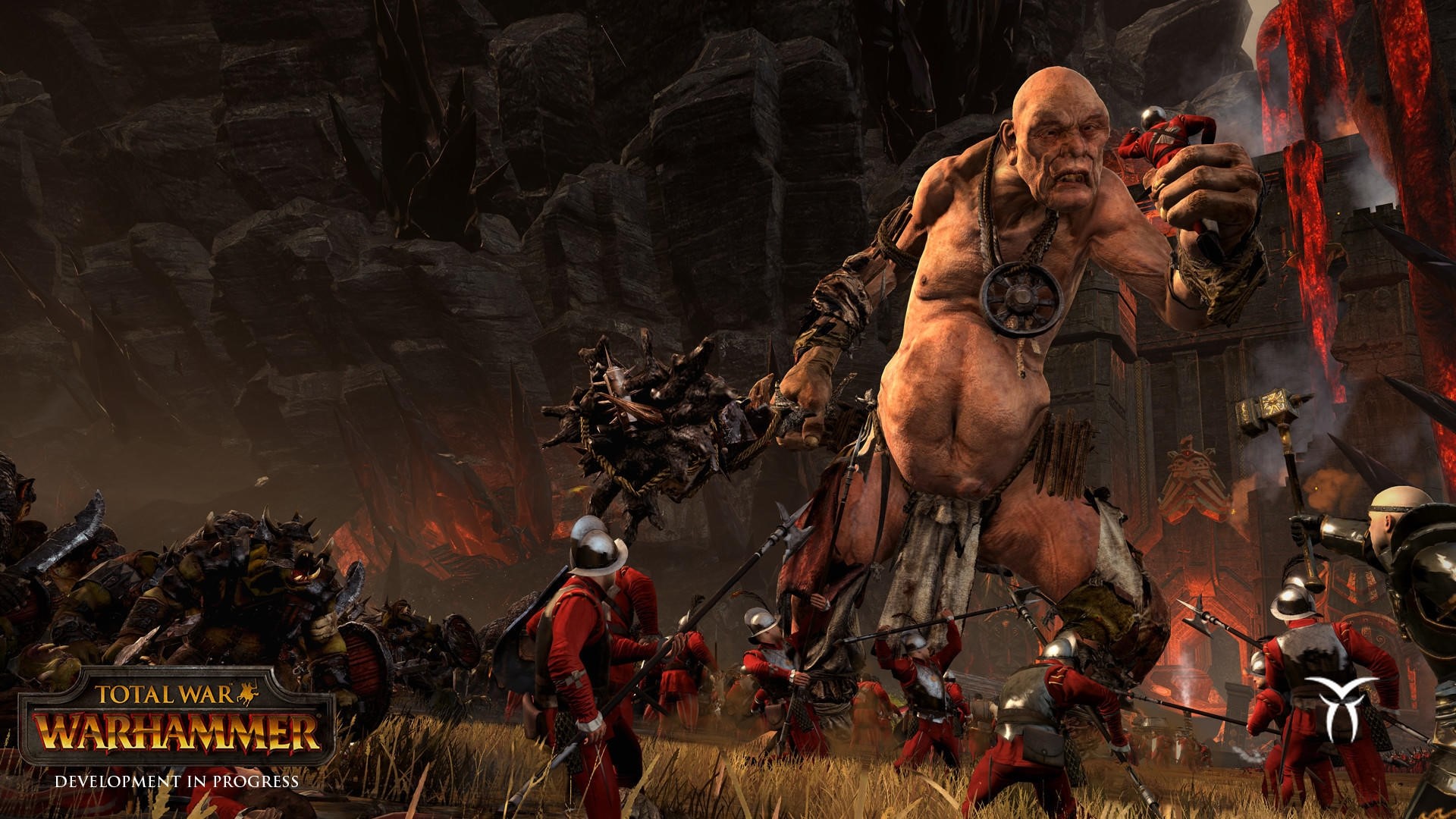 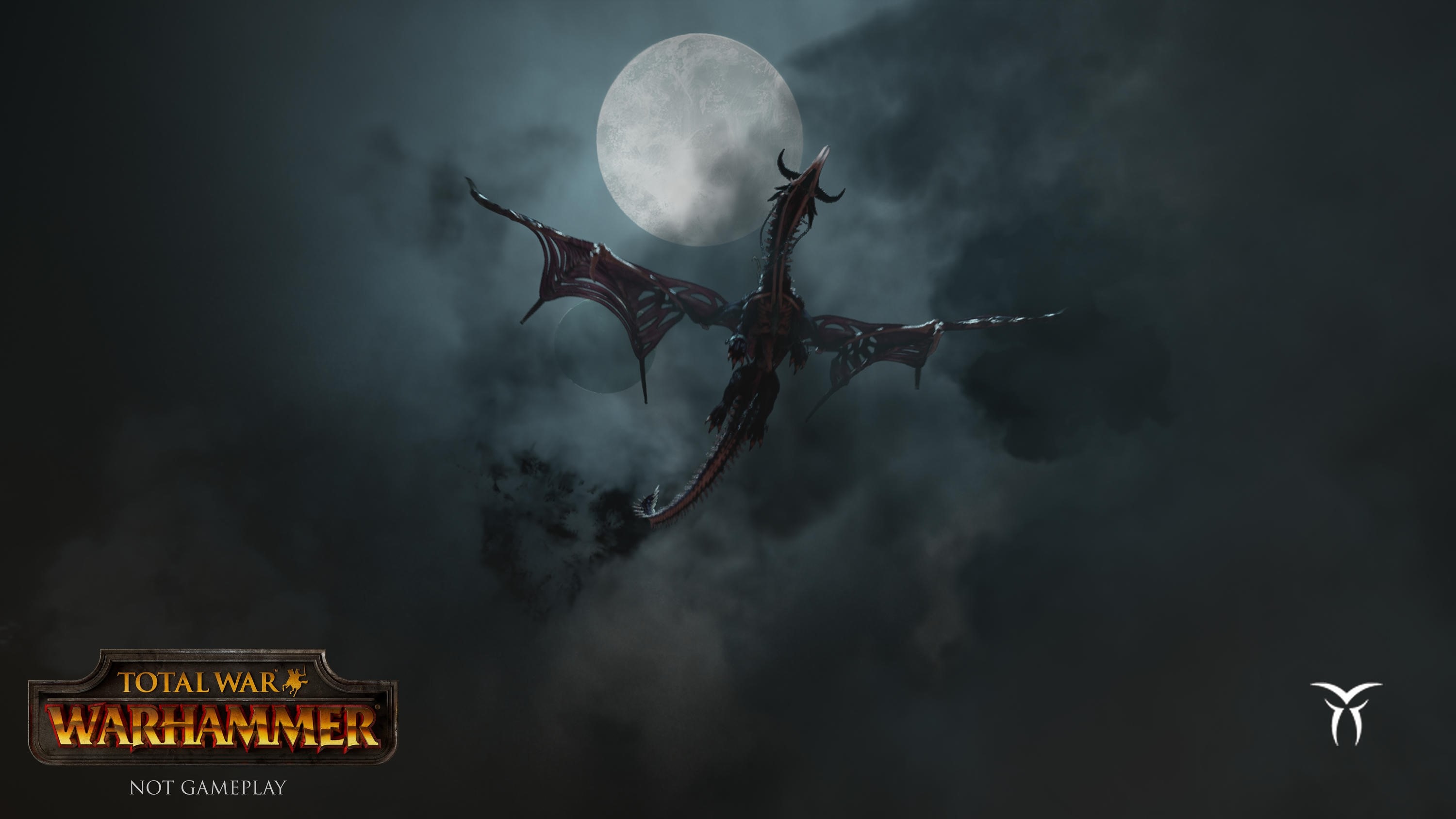 Description:
Field flowers hopelessly trampled into the ground by the heavy trot of iron-bound shoes. Soon the earth will become obazritsya blood, absorb the pain, suffering, and then - the flesh and bones of untimely death. If, of course, the latter are allowed to rest, even death is not the end of the road. Uncover the blade, fight, rush into the slender ranks of enemies. Perhaps you will gain fame, perhaps you will die from the first skillful attack of the enemy, but your sacrifice will not be in vain - the fire of the War blazes with renewed vigor, demanding more and more food. Total War: Warhammer is a worthy continuation of the legendary series of strategies in which, surprisingly the scale of epic mass battles with subtle step-by-step planning on the way to the key goal - to elevate your empire over the whole world is combined. If you buy Total War warhammer, then immediately noticeable one key feature: instead of the closest approximation to historical realities, players are thrown into the crucible of the fantasy universe. Here you have your own rules and customs, not to mention completely new possibilities for fighting. Now you can play the total war varhammer with one of the four races: Empire, orcs (greenskins), vampires, gnomes. Each of them is distinguished by unique troops and heroes, which makes the gameplay much more diverse than in conventional strategies. Choosing a race, you have to adjust to its characteristics, make the most of the strengths of one or another kind of troops to crush the enemy with an able leadership, do not give a chance to win. Although, of course, the enemies also have a lot of trump cards in their sleeves, and this makes the desire to buy total war varimmer even more, because what compares to the excitement of rivalry with a truly powerful opponent, not devoid of cunning and tactical planning skills? Not without epic heroes - only eight of them, - able to bring in the game a lot of interesting. Someone will increase the chances of concluding a mutually beneficial agreement with the neighbors, the other will inspire the soldier, raising morale in the face of advancing enemy forces, the third will contribute to the economic prosperity of the empire - to buy Total War warhammer and personally participate in epic battles by selecting key characters and faction, you can now. Legendary lords will not sit in the back rows, reliably covering themselves with a detachment of loyal warriors. They alone can, if not to throw out another´s army, then certainly provide a serious help in the problem areas of the front line. Another reason is total war varchar to buy as soon as possible - an alloy of technology and magic. You can no longer rely only on the severity of the blade, the strength of the armor or the ability of shamans and sorcerers. The key to winning is the competent use of all the richest possibilities, beginning with the correct construction of troops and ending with the time given by the team to use a deadly spell. What could be better than playing a total war varhammer and bringing down on the enemies something like a magical meteor that sweeps everything in its path? Or pull out of the whole force life force, in a few moments turning them into infirm old people. Or go through the heavy tread of the invisible golem right on the enemy´s army, destroying the construction and destroying the important objects in the total war varhammer, which was bought so by the way. If, of course, the magic before this does not give way under the pressure of hot steel guns and guns, if a heavy ax broke through the cordon cordon cordon does not fall on the head of a surprised shaman or necromancer. You

1
allpositivenegative
The seller was very understanding, I bought another similar product by mistake but he helped me. 10/102019-05-23
1