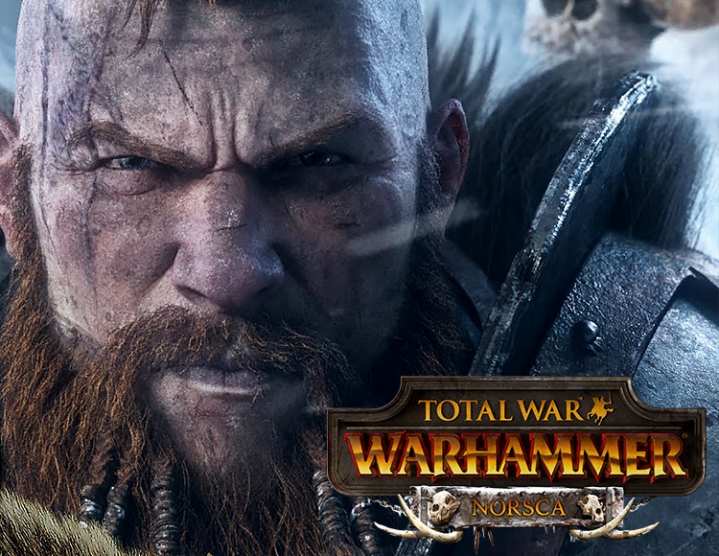 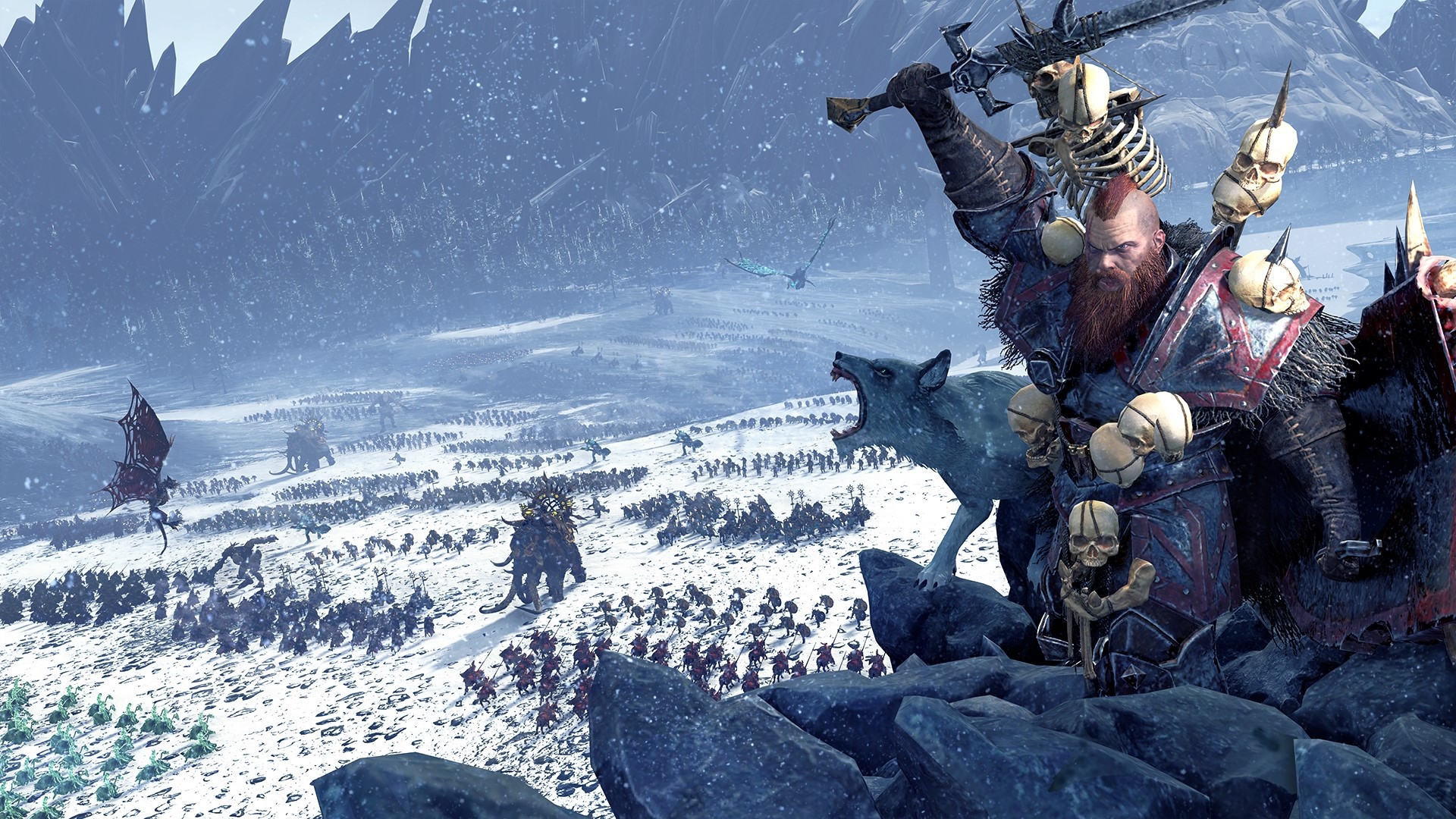 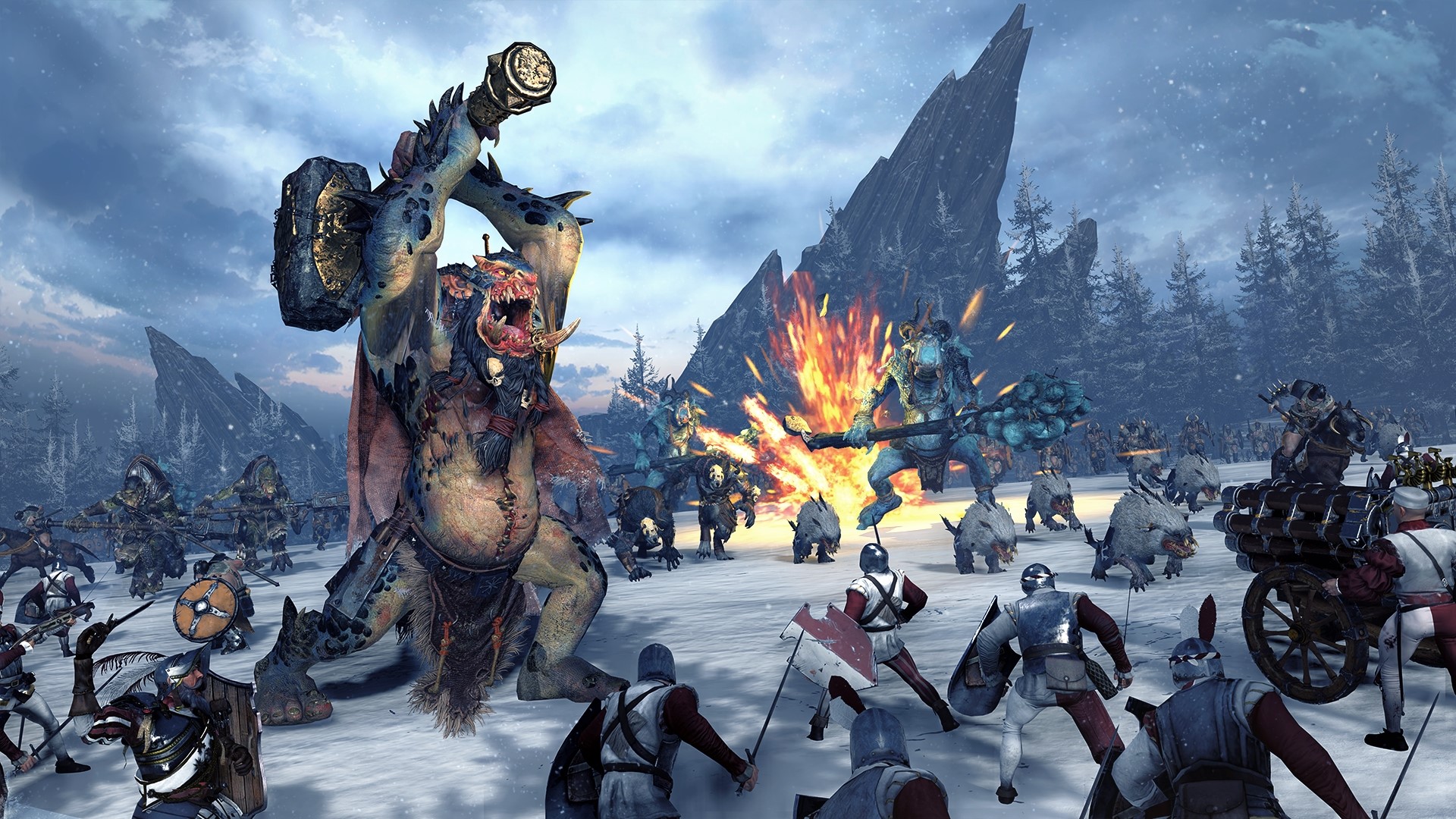 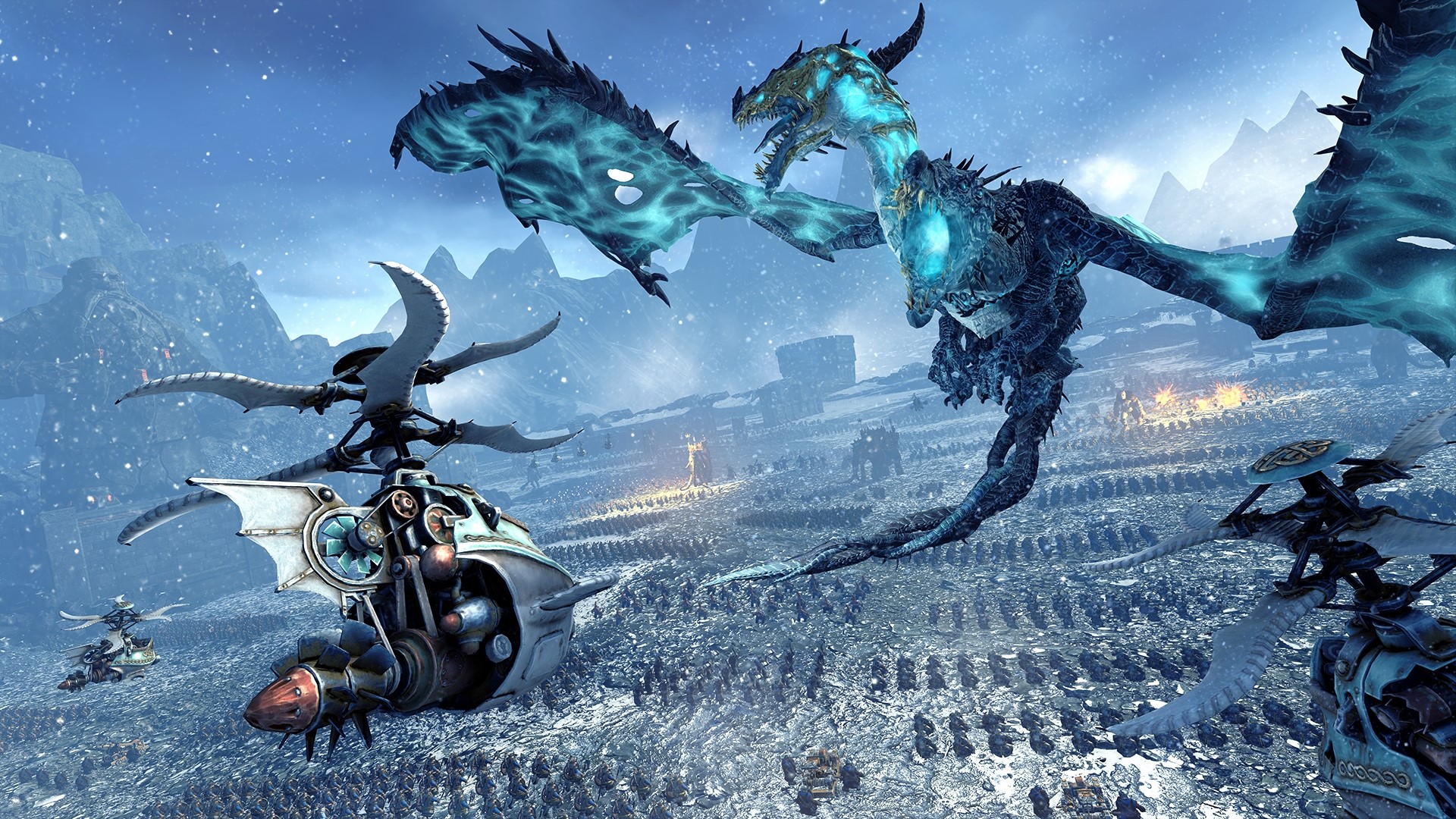 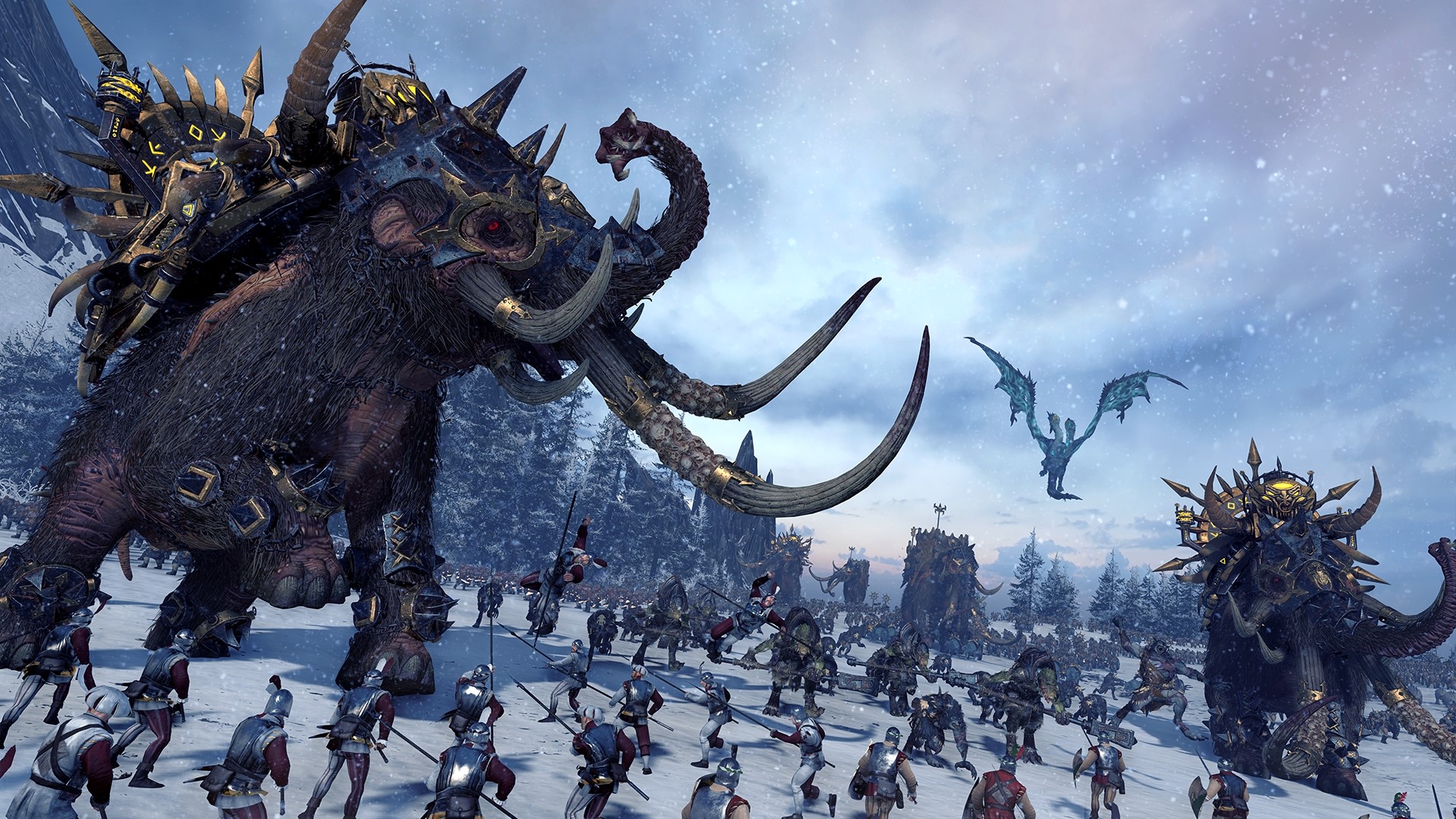 Description:
To start it requires a Steam version of Total War: WARHAMMER.Total War: WARHAMMER - Norsk
Conquer the Old World, having led the tribes of the robbers of Norska or giving it to the torn to the Winter Fang
Two new legendary lords: Wulfric Wanderer and Trogg
Hire Norsky lords with advanced skills
Hire three new types of heroes with developed skills trees
Seek help from the dark gods to receive a generous reward!
Capture the most terrible monsters of the Old World and tame them to make them fight on your side
Recharge your ranks with unique monsters, such as war mammoths and icy snakes
Slow down enemies with the combat ability "Fierce cold"
Destroy enemy ranks with the new abilities "Rage" and "Berserker"
Description
Far to the north of the Old World, between the Wastes of Chaos and the Sea of ??Claws lies the peninsula of Norska. Its inhospitable, barren lands are inhabited by tribes of bloodthirsty warriors, hardened by blizzards, living in the icy tundra and proximity to the monstrous inhabitants of Norska. These tribes worship dark gods, tirelessly seeking worthy opponents and rich in living land. They will not stop at anything in trying to prove their primitive power.
The Norse campaign calls you to unrestrained robbery and destruction. The main source of income for Norwegians is the raids and ruin of foreign lands, which affects the style of the game, forcing it to act quickly and aggressively, constantly moving troops from place to place and often opposing other factions. On the site of the destroyed settlements you can build monoliths in honor of the dark gods of Norska ... and the gods are always supportive of those who are loyal to them! In battle, the troops of the Norwegians are quick and ruthless. Their main striking force are foot squads of robbers, cruel and well armed. After erecting a number of buildings, you can also hire a wide variety of monsters - for example, trolls, warriors of the gods, Norse ice wolves and wolfhednars. The most elite monsters are the icy snake and the giant fighting mammoth. Unique mechanics of Norski
Devotion to the gods
Having captured the settlement, the Norse factions can perform a new unique action. In addition to the "Occupation" and "Robbery", they can perform the "Destruction" and erect a monolith in honor of one of the four dark gods whom the Norsemen represent in the form of the Eagle, the Ravens, the Serpent and the Dog. The more monoliths are erected, the more gods will be benevolent. As a reward, they can bestow various advantages in a campaign or battles, and in some cases even unique squads or characters. The Condition of Victory
Having reached the maximum level of service to the god and having received from him the highest award, you will have the opportunity to complete the campaign. However, the gods are envious, and those three gods whom you rejected will be unhappy with this. They will send their strongest warriors against you to test your might. The associated task chain will end with a grand finale. Hunting for monsters
Unlocking the ability to "Monster Hunter", the Norsk faction gets access to Monstrous Arcanum, an ancient folio that lists the most powerful beasts and monsters of this world. After this, the player can start a hunt, during which he will have to perform a chain of tasks. The culmination of the hunt will be a battle with the legendary creature, having won that, the player can get the legendary trophies for his characters. In some cases, monsters can be tamed and replenished with their army. Frostbite
In the list of detachments now appeared units with a constant ability to "frostbite", such as the Norse ice wolves and the Norse