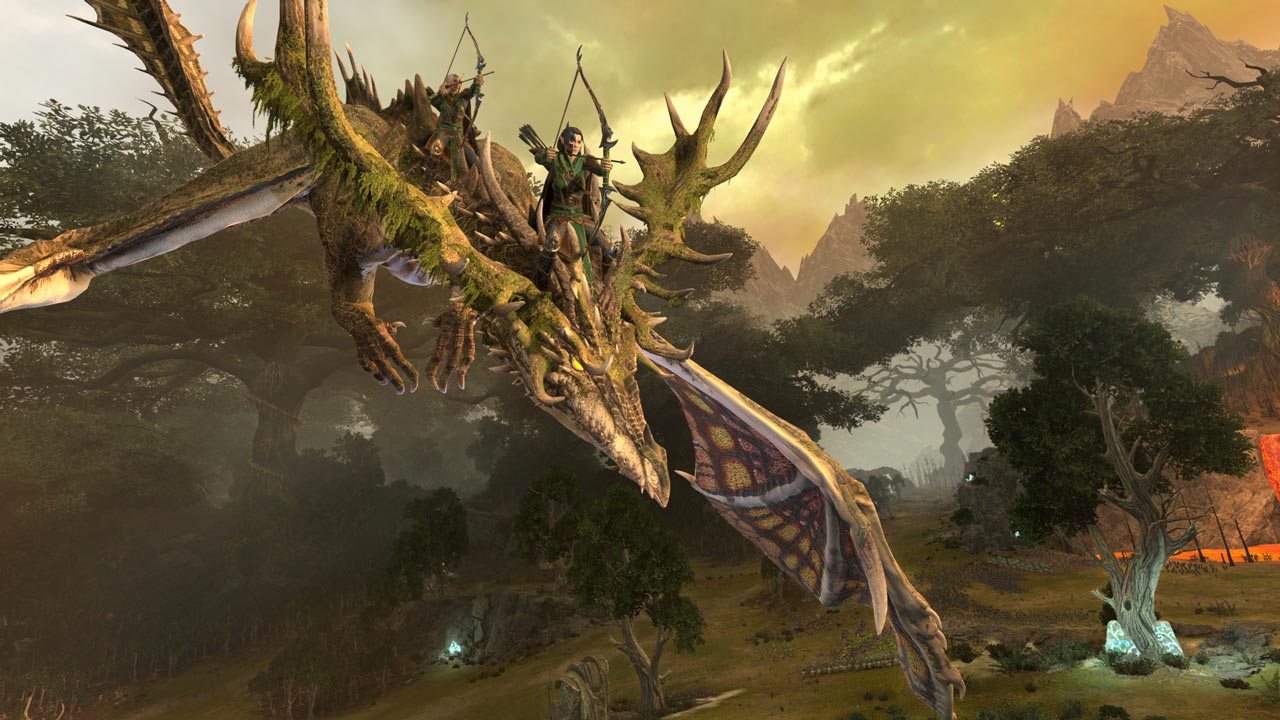 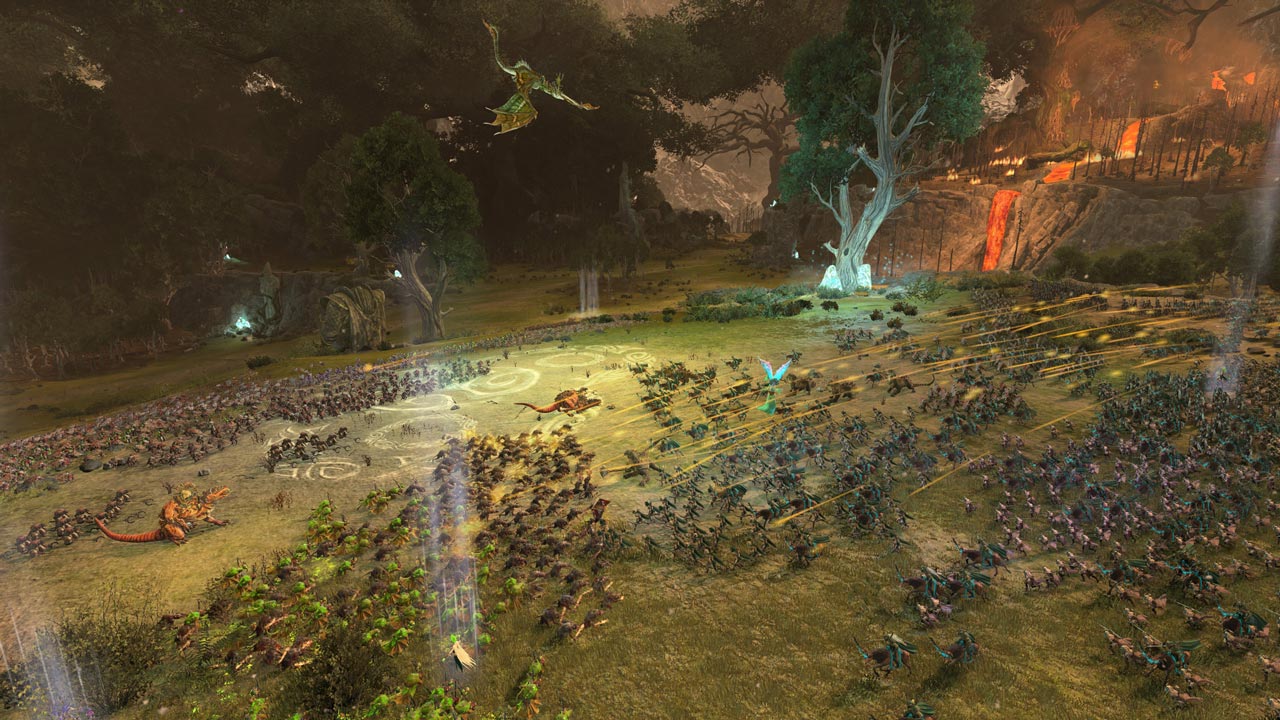 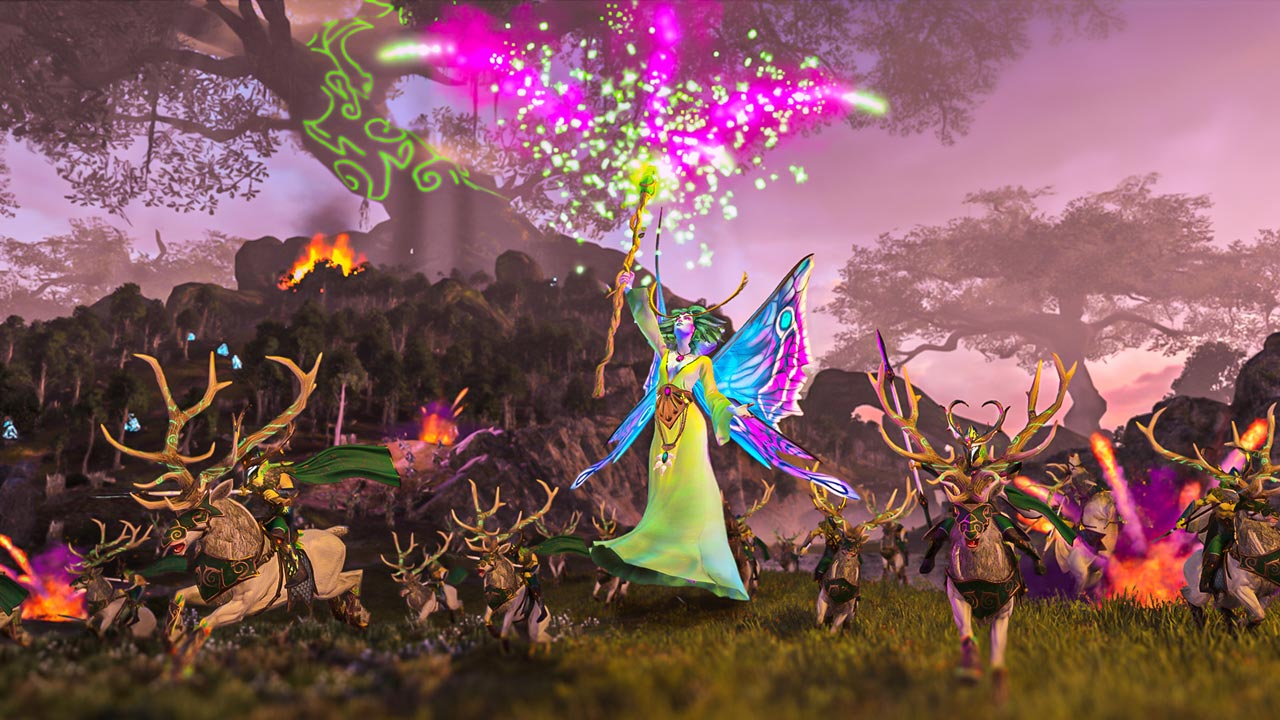 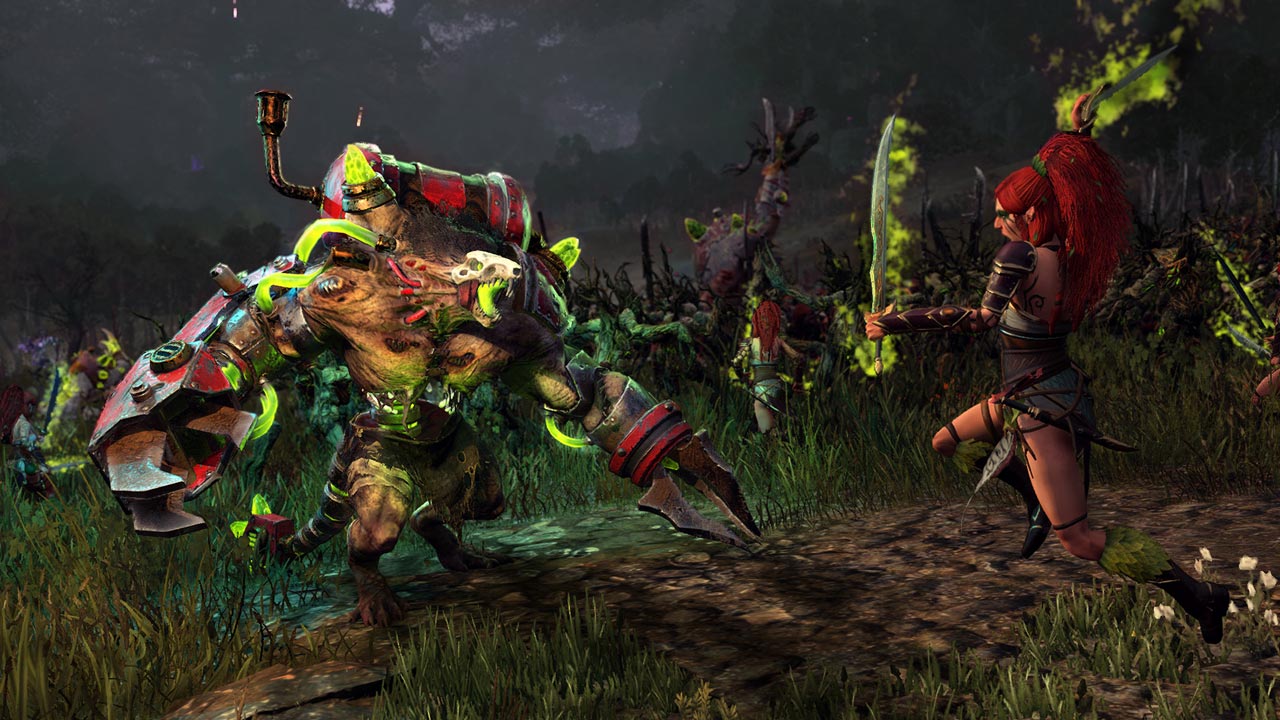 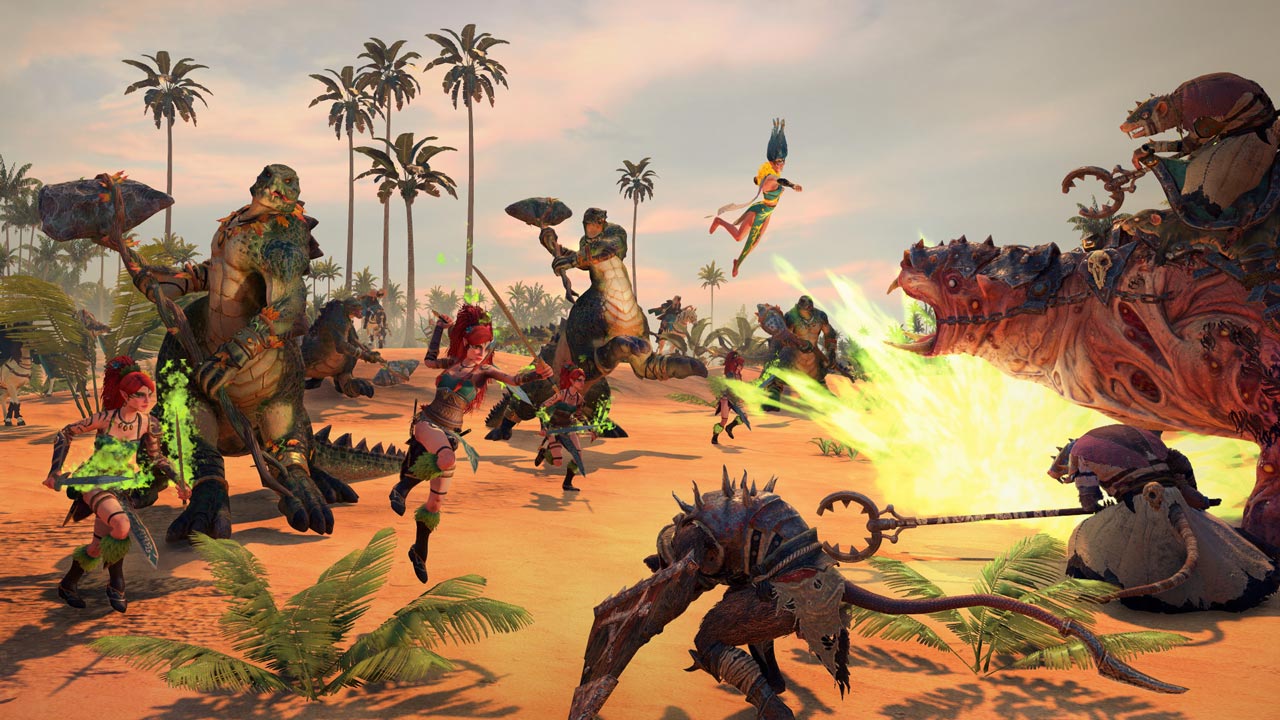 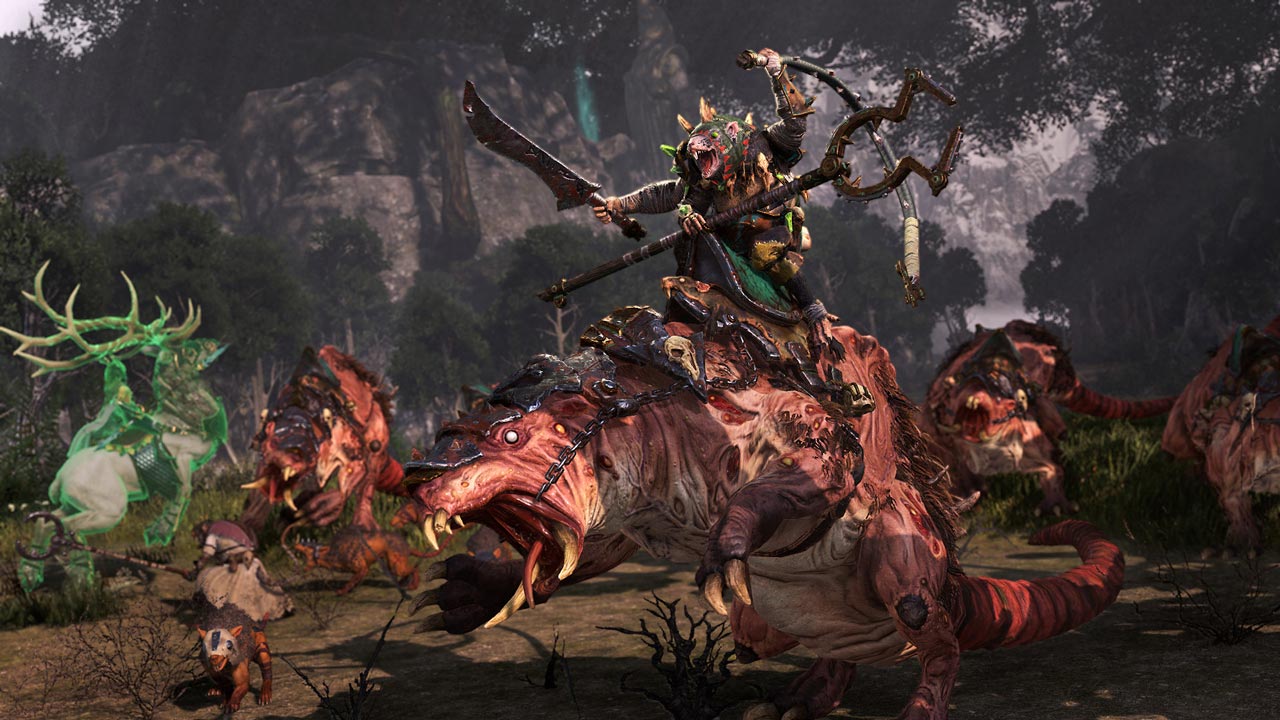 Attention! To start the required Steam-version of the game Total War: WARHAMMER II

The wild energy of the Great Vortex has created a rift in the Dreamwoods. Can he become a source of demonic invasion? Sensing great danger, Queen Athel Lorena Ariel sends the Sisters of Twilight, her trusted messengers, to prepare everything for the closing ritual.

Upon learning of the plan, Ariel, Trot the Unclean realizes that he has a chance. If he can defeat the Sisters and capture the elven queen while she is vulnerable, then perhaps he can use her essence and heal from the eternal hunger pangs caused by the metabolism from the warpstone ...

Wood Elves: Sisters of Twilight
Naestra and Arakhan are two sides of the same coin. They were once one, but were separated by the Weave, becoming sisters. Together they serve Queen Ariel, leading her forest warriors, and can only die if both fall in battle. The Sisters of Twilight must prepare the clearing for Ariel´s arrival and protect her while she performs the ritual.
Troops:
• Ariel: Queen Athel Lorena, who can be recruited as a legendary hero. She is a powerful spellcaster who is quite capable of fighting back in close combat.
• Weaver of spells: a hired supreme caster of one of the schools of magic (Life, Beasts, Shadows, Dark and High)
• Zoats: powerful monstrous beasts with access to associated spells of the School of Life
• Knights of the Great Deer: heavy wood elf cavalry, used to punch through infantry and destroy lighter cavalry
• Singing Blades: Elite sword-wielding war dancers

Skaven: Throt the Unclean
Eternal hunger gnaws at Trot, Master of Mutation of Clan Moulder. Experimenting with himself over the course of a lifetime has made him a powerful creature, but his extremely accelerated metabolism means that he must constantly feed in order to stay in shape. He is obsessed with the desire to turn the queen of the wood elves into a magical mess, which he will devour to finally get his fill.
Troops:
• Gorich: the former commander of Archaon Forever Chosen, once disobeyed the orders of his commander and was sent as punishment to the Hellhole. There, Trot transplanted his brain into the body of a rat ogre, creating a fiend with incredible speed, strength and intelligence. Goric can be recruited as a Legendary Hero
• Leader of the Pack: This hero serves as a support with area attacks and directional buffs, summons ratwolves into the thick of battle and can ride a dark horror
• Ratworms: extremely mobile pack animals that can be poisonous and armor-piercing
• Rat Ogr Mutant: a large individual monster that can fight with his fists
• Gloomy Horror: a huge and fast monster that knows how to break through the ranks of the infantry. Can also be chosen as a mount for Troth the Unclean and the leaders of the pack

Related to item "Total War: WARHAMMER 2 - The Twisted and The Twilight":