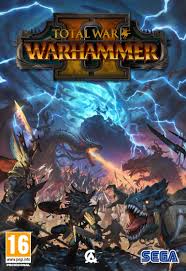 Uploaded: 09.06.2021
Content: key (1).jpg 1,73 kB
Loyalty discount! If the total amount of your purchases from the seller mrakk more than:
If you want to know your discount rate, please provide your email:

✅ LICENSE KEY FROM THE GAME Total War: WARHAMMER 2 IS DISPLAYED IN THE BROWSER WINDOW AND COMES TO YOUR E-MAIL AUTOMATICALLY AFTER PAYMENT !!!

Total War: WARHAMMER II is the second part of the trilogy, which began with the cult game Total War: WARHAMMER. In it, players will experience a new exciting campaign "The Great Vortex", which takes place on the vast continents of Lustria, Ulthuan, Naggaroth and the Southern Lands. As the plot progresses, its action becomes more intense, in the end to come to an epic ending, the likes of which has not yet been in the Total War series.
The player will enter the role of one of eight legendary lords who will lead the four iconic races of the Warhammer Fantasy Battles world. To stabilize or finally destroy the Great Vortex, he will need to perform a series of arcane rituals and stop all attempts of rivals to do the same. All legendary lords have unique starting positions, and each of the four races has its own playstyle, campaign mechanics, storyline, military traditions, armies, monsters, schools of magic, and legendary characters. Some of the new units can even carry out massive bombing of the battlefield.
Shortly after the release of Total War ™: WARHAMMER II, all users with both parts of the series will have access to a new campaign of colossal proportions. On a common map that unites the territories of the Old World, Naggaroth, Lustria, Ulthuan and the Southern Lands, players will be able to lead any of the races available in both games to victory.