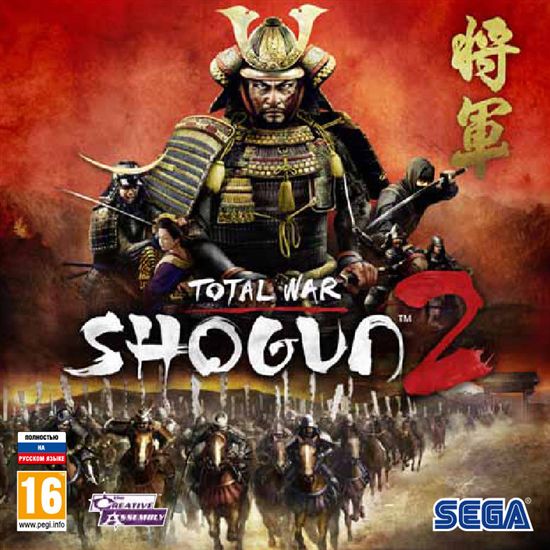 mckay information about the seller and his items
offlineAsk a question

By purchasing the game "TOTAL WAR: SHOGUN 2", you are guaranteed to receive a license activation key for the Steam platform immediately after payment. All keys from an official supplier.

Mid-16th century. Feudal Japan, once under the rule of the emperor, is fragmented and divided among many warring clans. In the role of daimyo - the leader of one of them - the player will have to fight, solve various economic issues and play a subtle diplomatic game in order to achieve the main goal: to end internecine feuds and unite the country under his leadership, becoming the ruler of all Japan.

Lead one of the nine factions that existed in feudal Japan. Among them are the powerful warlike Oda clan and the very influential Tokugawa family. Any of the clans will be able to come to power under your careful guidance.

Daimyos and generals, as in Rome Total War, will try to inspire their armies for military exploits. The game provides more than 100,000 variants of speeches, depending on the nature of the speaker, the location of the army and the relationship with the enemy.

Japanese siege techniques differ greatly from those used by Europeans, and the fortress can be a deadly trap. During a siege, both defenders and attackers can use a wide variety of combat tactics.

Castles of different types can be improved by building fortifications of five levels, which means that the attackers will need to use different techniques and techniques of conducting a siege. The assault on the outer walls and the seizure of the courtyard are just the first steps on the road to triumph.

For the first time in the history of a series, battles take place at all seasons. Combat conditions will depend on the season, as well as the state and mood of the army. All this will have an important impact on the choice of the strategist and tactics of military operations.

Wild harsh mountains, picturesque plains and flowering cherry groves - thanks to the new system of terrain formation used in the project, players will have to fight in different regions of the country, radically different in landscape.

In the game encyclopedia, you can glean a lot of useful information about Japanese troops and technologies, as well as learn interesting historical facts. With its help, you can better study your enemies, learn their strengths and weaknesses.

For the first time, buildings appeared on the battlefields that have a psychological effect on soldiers during battle. Protection or seizure of monasteries and temples, the destruction of enemy shrines - all this affects the morale of the troops.

Participation in famous historical battles, including the battle near the village of Sekigahara, will be a difficult but very exciting test for virtual commanders.

Total War: SHOGUN 2 is the first project in the series in which you can fight on land and at sea at the same time. Cruise between islands, use coastal features, fog and other weather conditions to gain an advantage over the enemy. Skillfully lining your ships along the coastline and between islands, create traps and impose your tactics on the enemy.