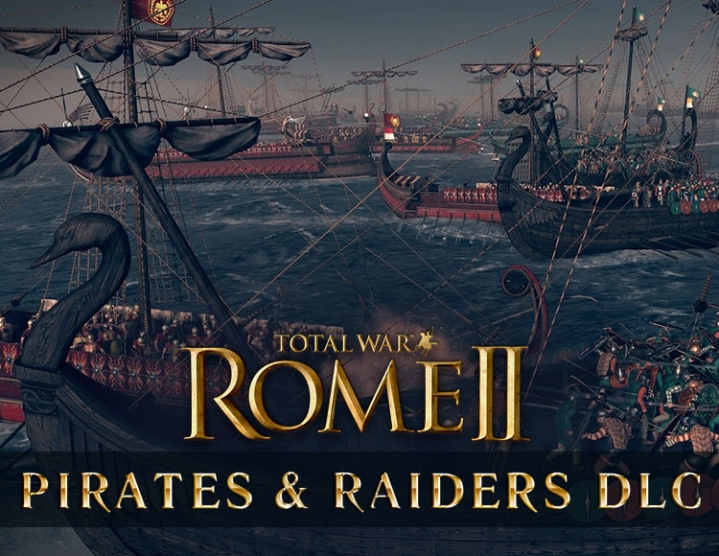 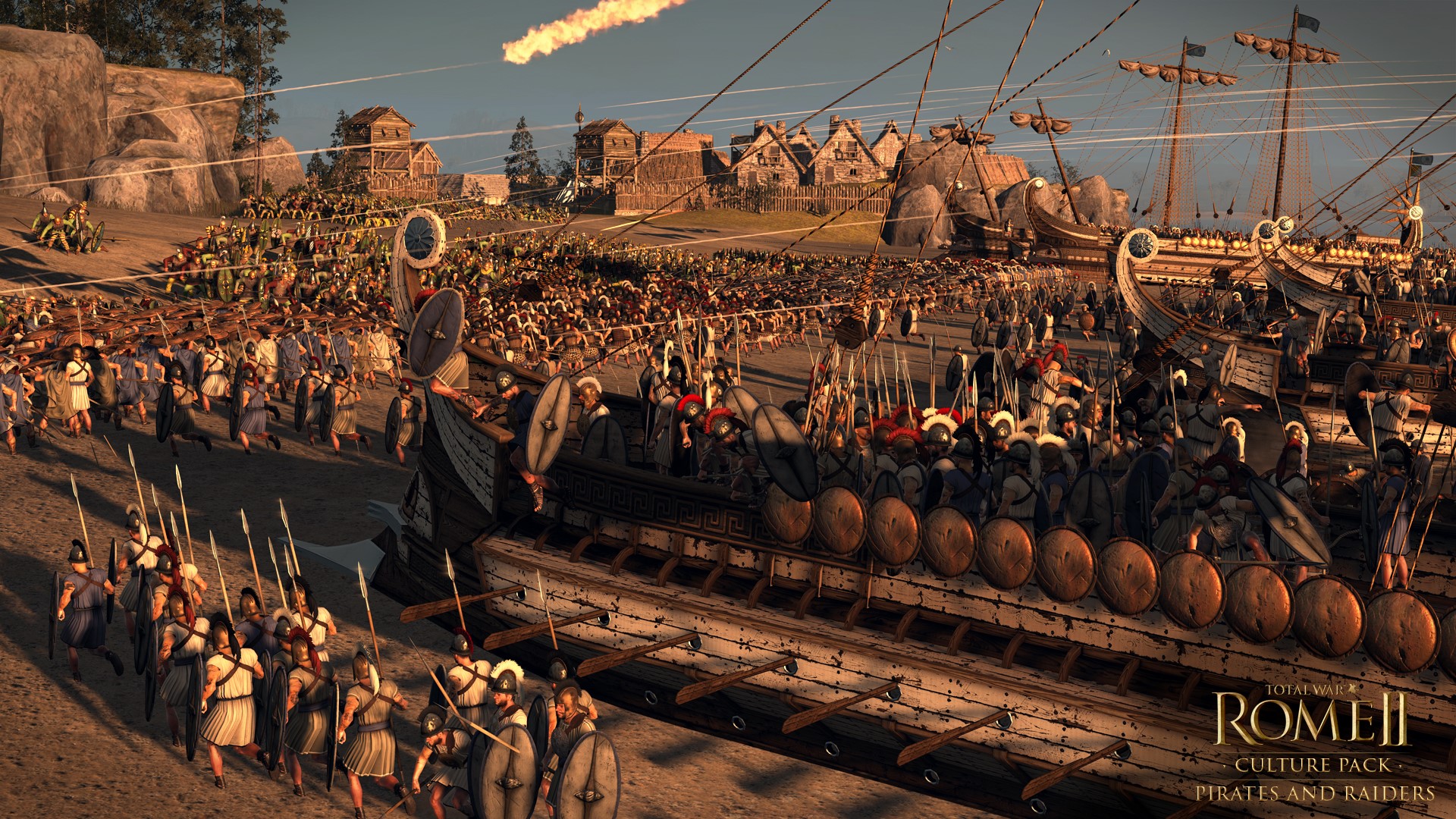 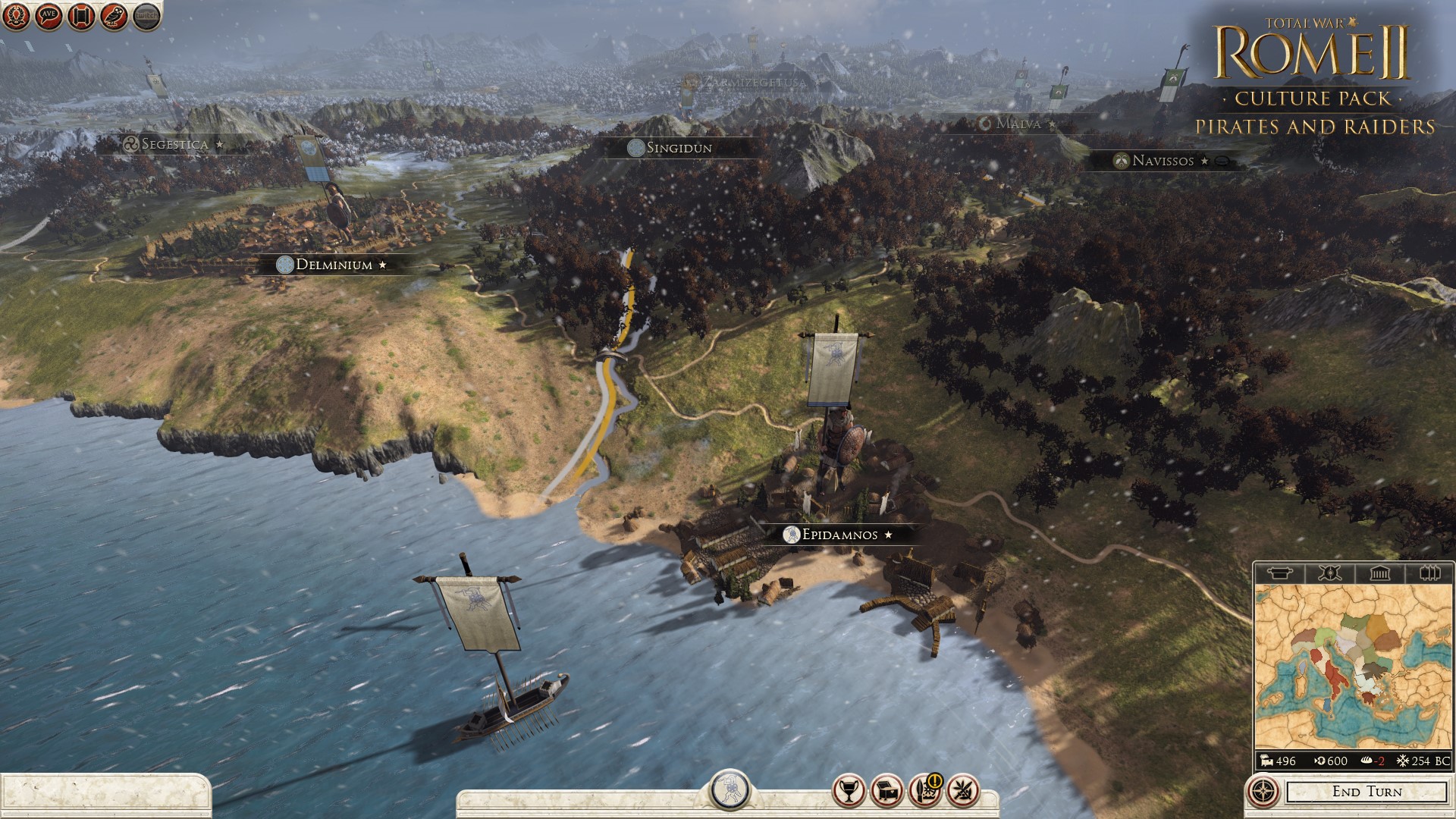 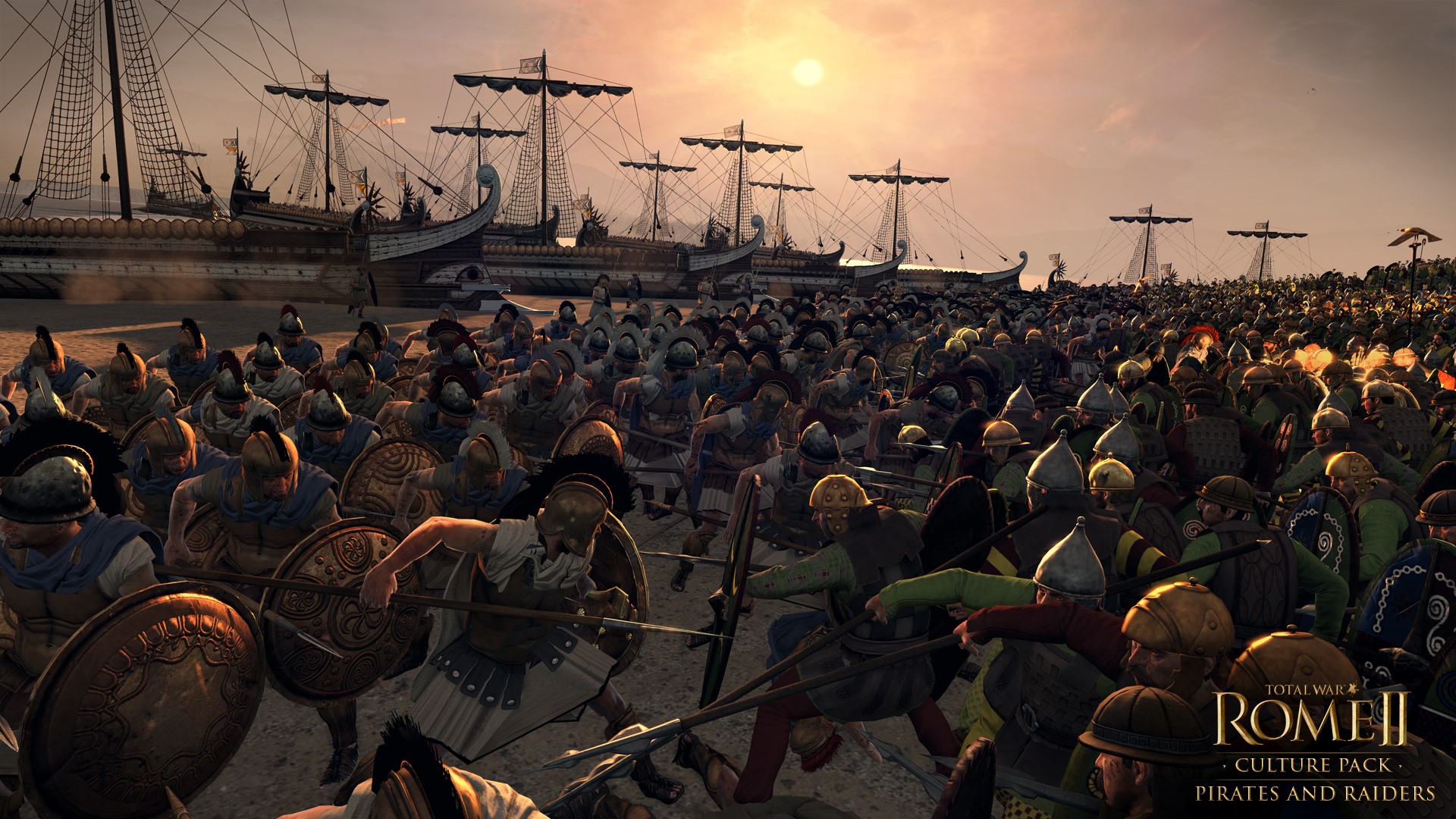 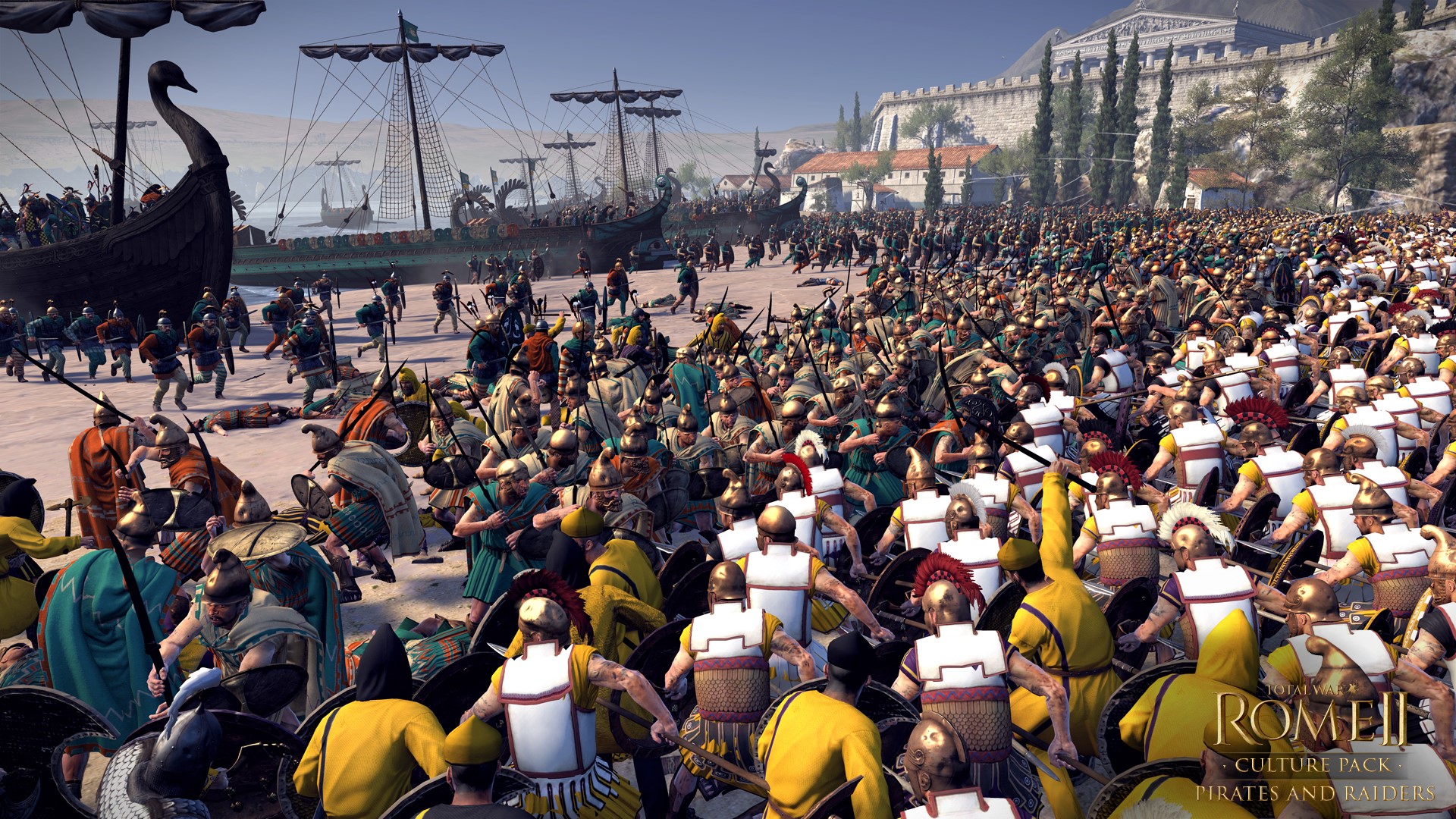 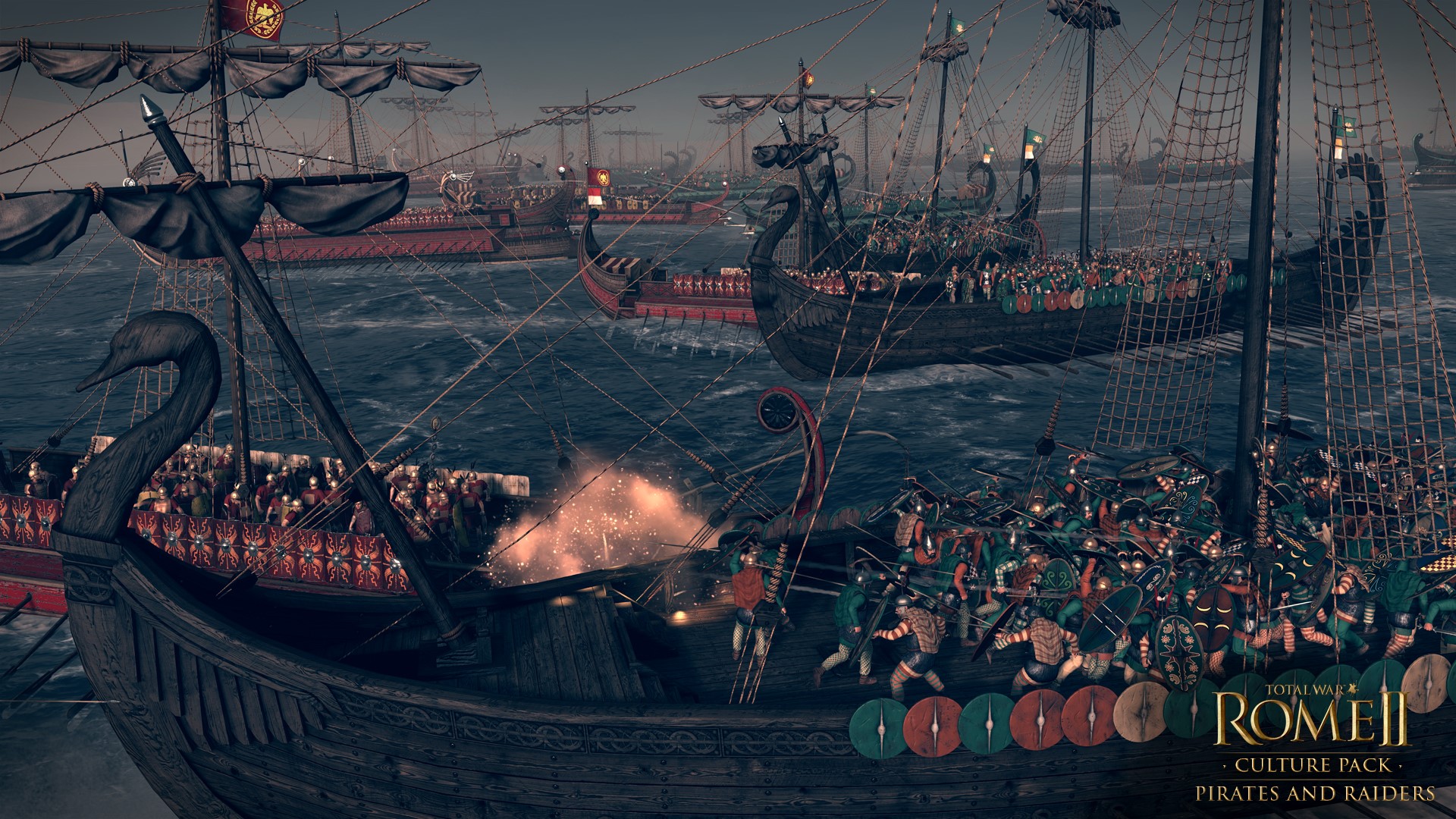 Description:
Attention! To access the content of the add-on, the game Total War ™: ROME II - Emperor Edition is required. The "Culture: Pirates and Robbers" Set Becomes a thunderstorm of the ancient world with the set of "Culture: Pirates and Robbers" for Total War ™: ROME II. The set of "Pirates and Robbers" presents a new accessible to the game culture, consisting of three factions, focused on raids and robbery. This set adds to the game Total War: ROME II new buildings, technology, religion, features fractions, as well as land and sea troops. Now the player can repair the robbery on the map of the campaign, playing for the Ardiyev from Illyria and the tribes of Tila and the Audris kingdom. These Balkan factions have their own land and naval forces, distinctive features and a unique style of play. They will allow you to take a fresh look at the main ROME II campaign.
New opportunities: New Balkan cultural features: Tylis, Ardiyi and Odris kingdom are skillful robbers who steal wealth from under the nose of other factions. They are also able to quickly assemble an army of mercenaries before the raid on a military target. New features of the factions: each of the Balkan factions has its own initial position on the campaign map and its own set of features. This makes a unique game for them in the main campaign. All three factions live by robbery; while the Illyrian armies prefer piracy, the Thracians of the Audris kingdom are remarkable archers, while the inhabitants of Tilis, the descendants of Celtic settlers in Asia Minor, are distinguished by the high level of training of infantry soldiers. The new religion: the Ardiyas and the Odrissian kingdom have a number of unique religious buildings that give them various advantages and effects when playing in the campaign. New technologies: both the Ardiyevs and the Audris kingdom have their own unique technologies. They allow the player to open new key troops and effects, replacing part of the base tree of the technology of the culture of the barbarians. New troops: the Balkan factions have taken much from their Celtic ancestors, including the main types of troops. However, each of the factions has their own new fighters.
• Illyrian sailors: well-trained infantry, armed with spears and protected by medium armor.
• Illyrian robbers: a fast and unobtrusive infantry armed with axes.
• Notable Illyrian hoplites: well-trained infantry, protected by very heavy armor.
• Gemiola-raider: a ship that allows a quick landing and disembarkation, run by Illyrian robbers.
• Assault hex: a huge assault ship, run by Illyrian robbers.
• Assault Tetra: a large assault vessel, ruled by Illyrian robbers. The Oodry Kingdom:
• Thracian cavalry: fast middle cavalry armed with spears. Tilis:
• Gallo-Thracian Warriors: fast infantry, causing considerable damage to swords.
• Warriors of the tribes: well-defended middle swordsmen, excellent in defending themselves.
• Mounted robbers: noble riders armed with darts and swords and capable of performing any task. New mercenaries: soldiers from robber tribes know the value of money well and are ready to fight fiercely for the one who pays them. When you play for other factions, in the indicated territories you can hire the following mercenaries and allies: Mercenaries: • Hired Thracian warriors: excellent melee combatants armed with swords. (Thrace)
• Hired serpionos: infantry melee, armed with frightening falxes - swords with a curved blade. (Dakia)
• Hired Dakya skirmishers: magnificent skirmishers, armed with darts. (Dakia)
• Hired Illyrian robbers: fast and barely noticeable infantry armed with axes. (Illyria)
• Gemiola-raider: a fast warship, ruled