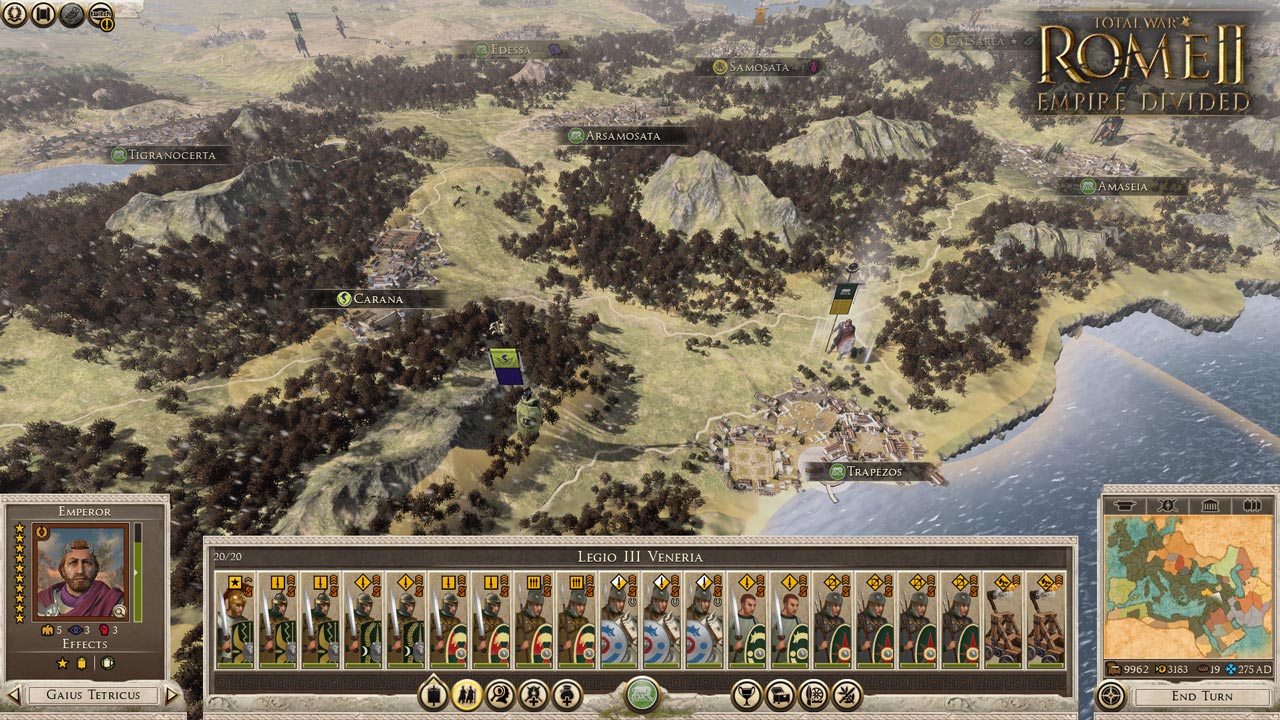 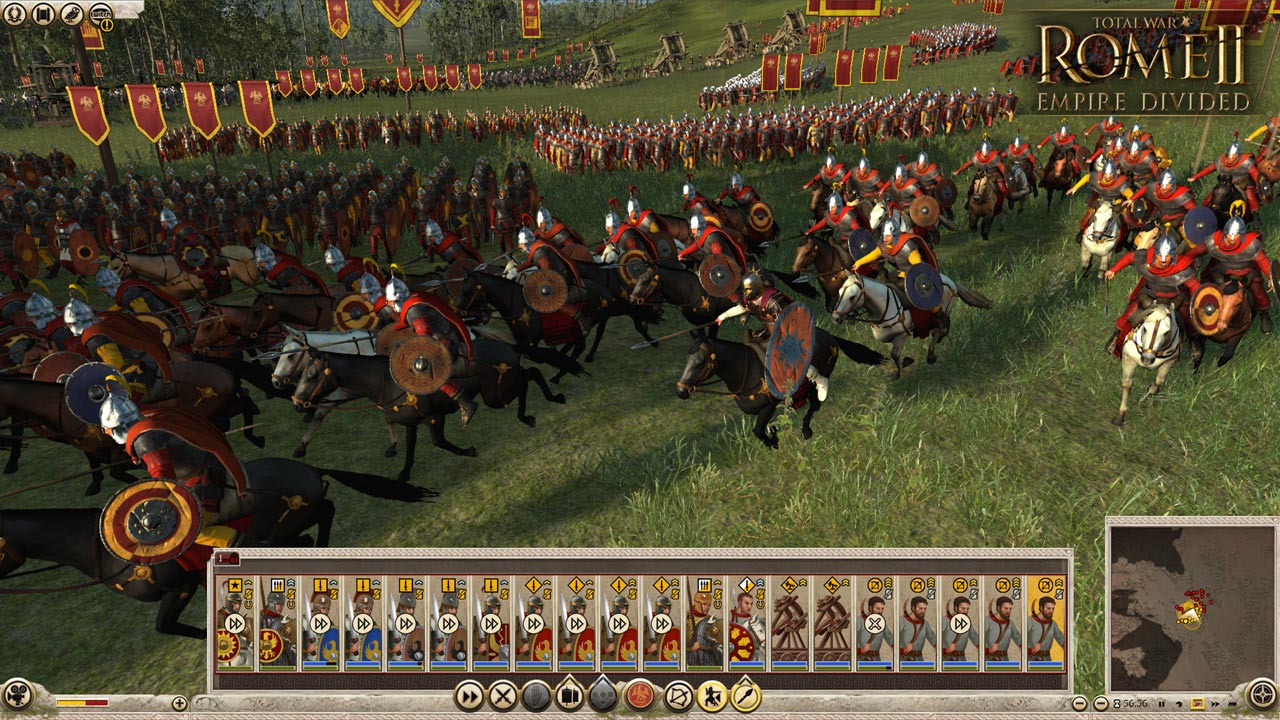 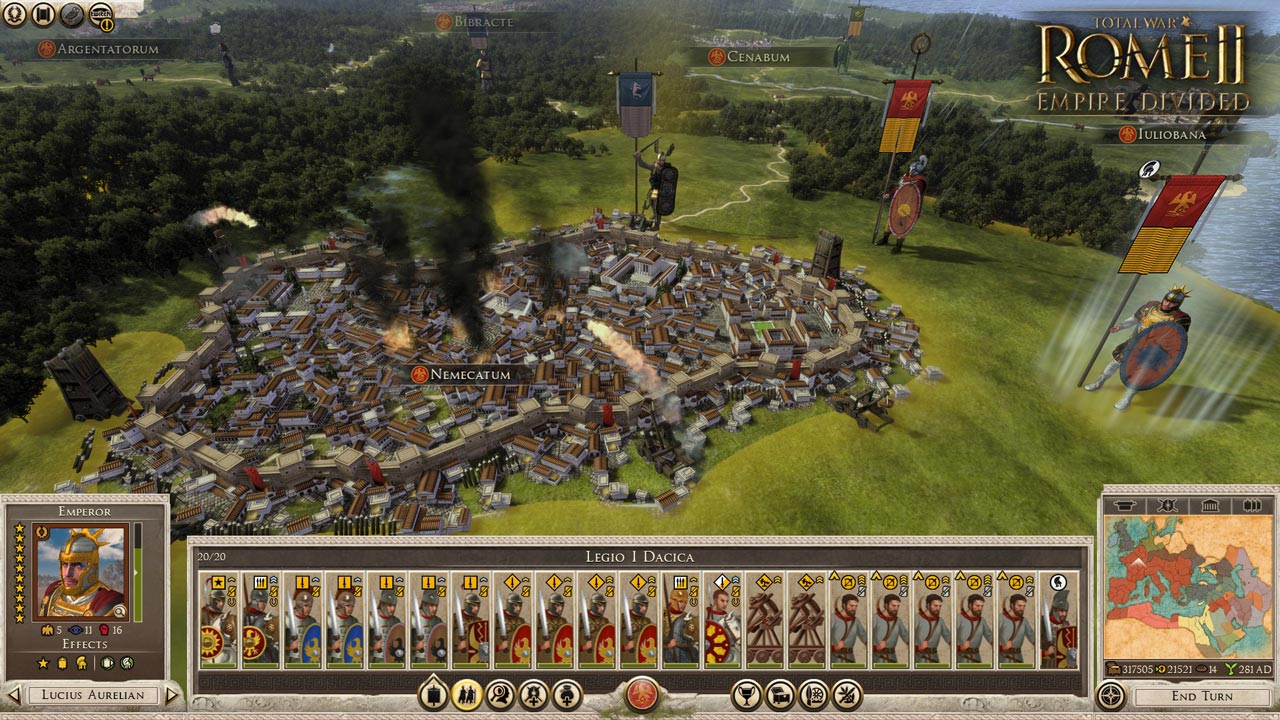 
DESCRIPTION:
The year is 270 AD. A succession of inept emperors and power-hungry usurpers brought the Roman Empire into a global economic crisis. The empire had never known such a decline.
Taking advantage of the weakness of Rome, the barbarian tribes of black locusts gathered on its borders, ready to plunder the rich lands of the civilized world.
In the east, the Sassanids began a great conquest, the main goal of which is to seize the possessions of Rome. Only the firmness of Palmyra´s defenders holds back their onslaught. Queen Zenobia is resolute - but how long will she last?
The legions, invincible in their time, are forced to defend themselves: their forces are fading. Alas, time is now against the Romans. However, there is still hope. Aurelian is ready to take the reins of the empire into his own hands, but the task before him seems impossible ...
Will you be able to unite the divided empire and return Rome to its former glory? Or will you witness its final fall?

KEY FEATURES:
• A new set of epic campaigns for Total War: ROME II
• Travel to a crisis of the 3rd century AD - a turning point in the fate of Rome
• Play as one of ten factions belonging to one of five cultural groups
ВЂ гер New heroic factions with carefully thought out conditions for victory, famous leaders and chains of events
• New events, dilemmas and tasks for each time period
• New campaign elements: epidemics, cults and robbers
• Changed technologies and new unique buildings