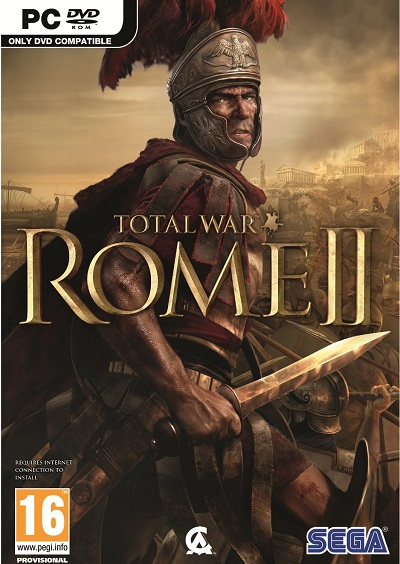 Uploaded: 15.02.2021
Content: Total War Rome II Nomadic Tribes Culture Pack_16.txt 0,24 kB
Loyalty discount! If the total amount of your purchases from the seller GameCod more than:
If you want to know your discount rate, please provide your email:


Every second buyer (in random order) of all our products leave positive feedback - get one of the more than 40 different games to Steam. What? This you will learn when you get your gift in the mail.

It can be activated in the "Steam".

Attention !! Gambling Review - You warrant that you have read all the conditions for a gift, and if something is not clear - asked.


CAUTION The key can not be activated in Origin.


Warning! To activate the dlc is necessary to have the game on Steam account "Total War: Rome II 2".


Set "culture of nomadic peoples" adds to the game Total War: ROME II three fractions nomads - ruthless Roxolani, freedom-loving and proud Massagets Royal Scythians. Each can be used in both single and multiplayer campaigns, as well as in custom battles and multiplayer battles.


Nomads - unsurpassed riders and experienced raiders - ready to leave the steppes and to strike settled pampered life of the empire! These soldiers are very independent, but lightning can gather in a huge army.

In Roxolani, Massagets and Royal Scythians have their mighty warriors, each tribe has distinctive characteristics and unique style of play, allowing to pass a new campaign.


Roksolany extract wealth trade and is famous for its conquest: they fought hard in enemy territory. Royal Scythians - excellent archers and artisans, grown rich through his own skill. Massagets fiercely defended their independence, better to fight on their land, and their knowledge of animal husbandry allow to receive higher income from livestock.

All nomads get to their home provinces set additional cells, allowing them to quickly convene the army. They are truly skilled raiders and robbers - the capture of foreign territories their troops collected more trophies than any other faction.

For nomads provided its own set of military, economic and cultural conditions for victory, as well as bonus objectives based on the history of the Great Steppe. In addition, each faction will experience unique events and conflicts.

Army nomads gain an advantage thanks to a new military tradition "Steppe Horde", which increases the range of movement of the army, raises the morale of soldiers fighting in enemy territory, and as a tribute to the nomadic tradition to fight on horseback, reduces the cost of hiring cavalry troops.

The backbone of the armies of nomads, great riders and apt archers, of course - mounted warriors. In addition to various riders who specialize in melee combat and armed with bow, spear or dart, in a set of "Culture of nomadic peoples" are unique riders, capable of inflicting great damage to the enemy.


Noble saki-armored spearmen. Few are able to withstand the onslaught of skilled, clad in heavy armor soldiers from among the nobility.


Saka cataphracts. These riders are protected by armor from head to foot, swept away on its way anyone.


Saka archers cataphracts. Born to win these riders help heavy armor and mastery of the bow.


\u003cdelivery\u003e This item can be distributed via digital distribution, is a only a pin code, and does not contain the packages and boxes. \u003c/delivery\u003e

Hearts of Iron IV Together for Victory (steam) - - RU