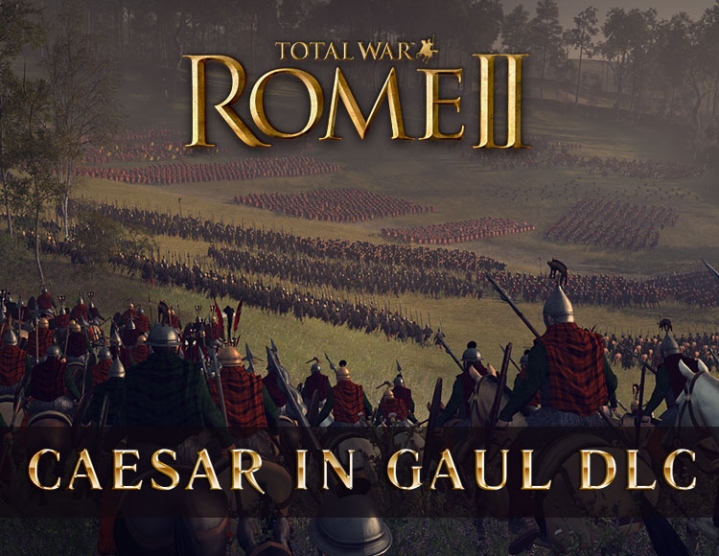 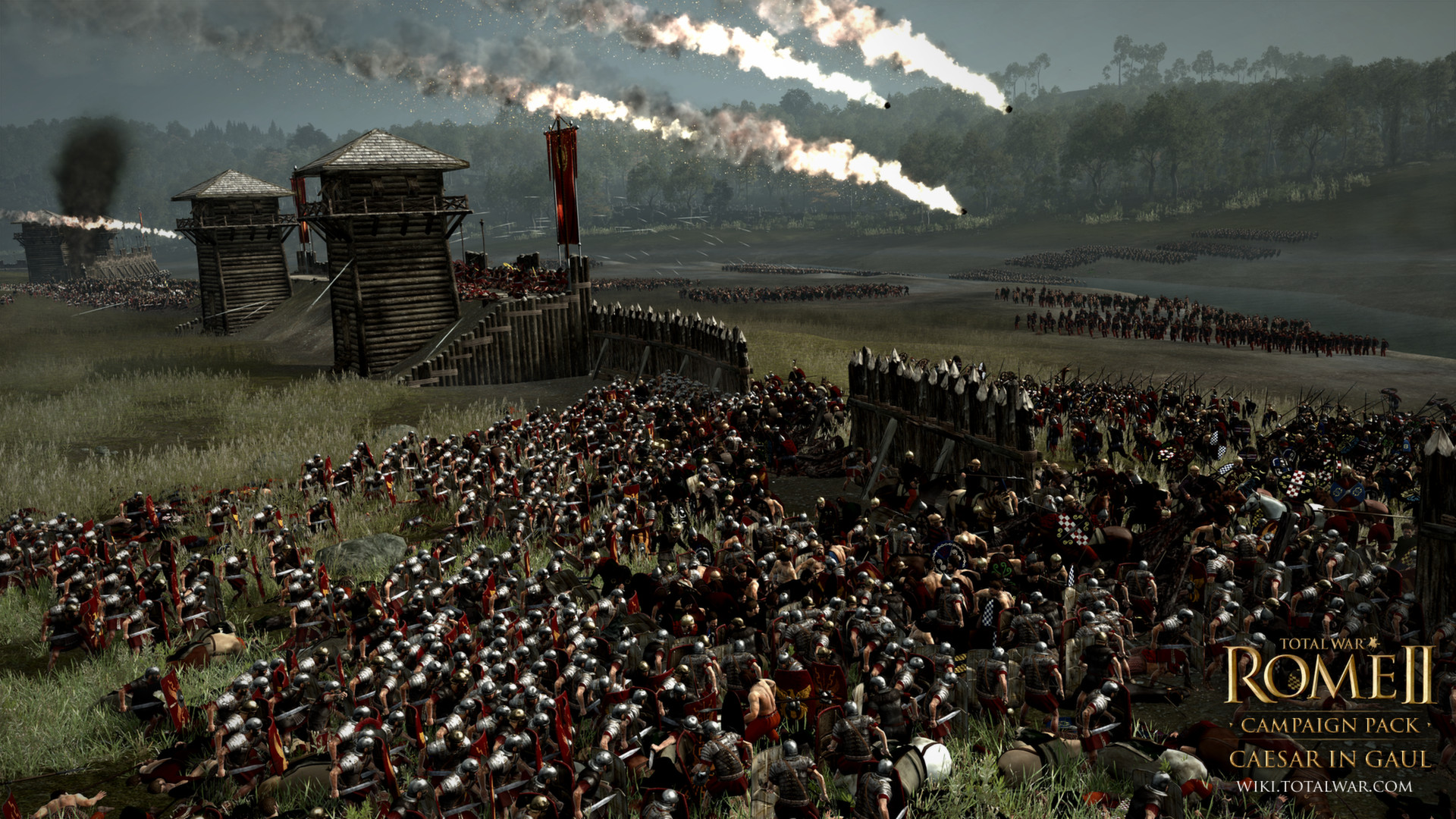 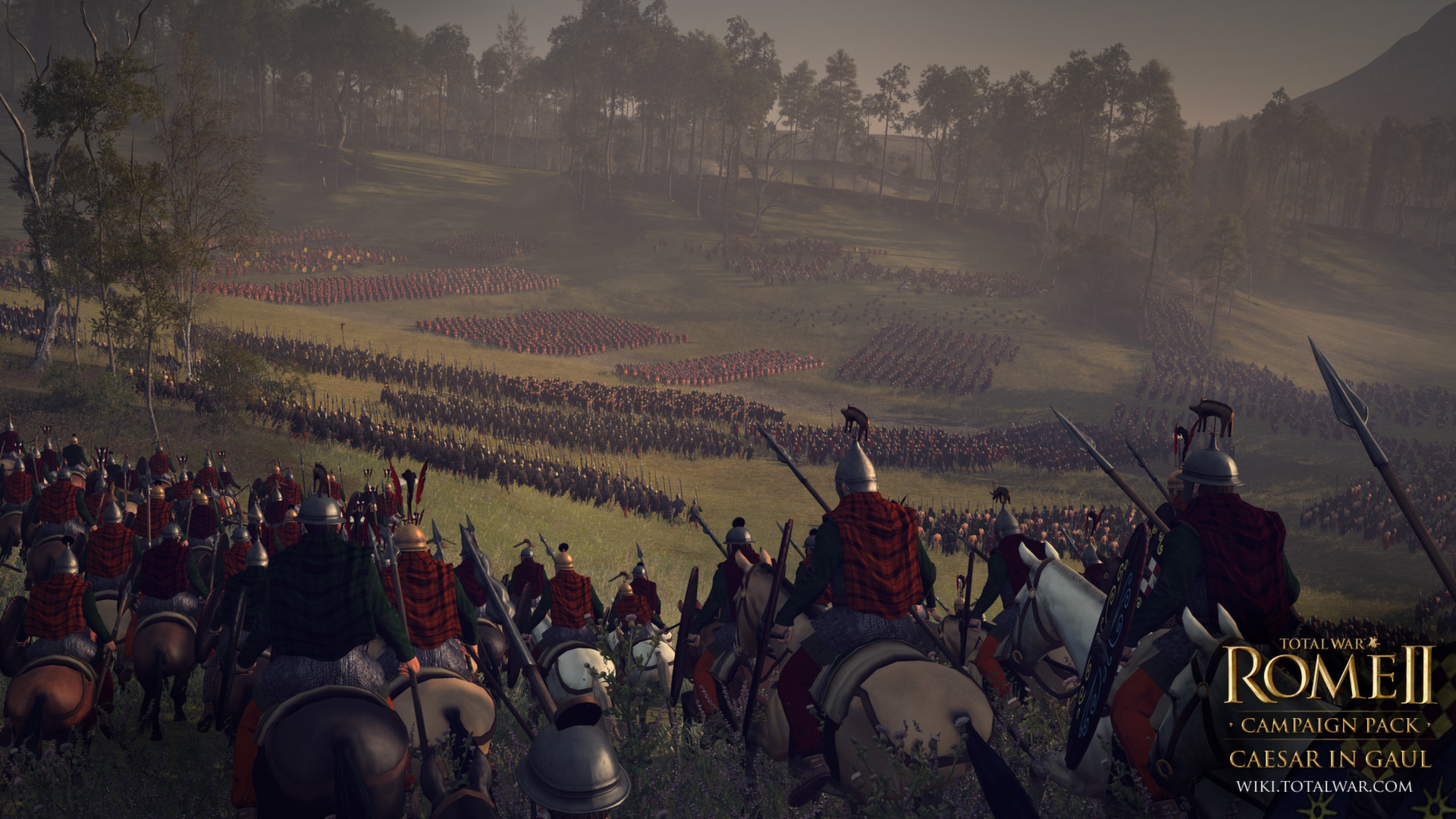 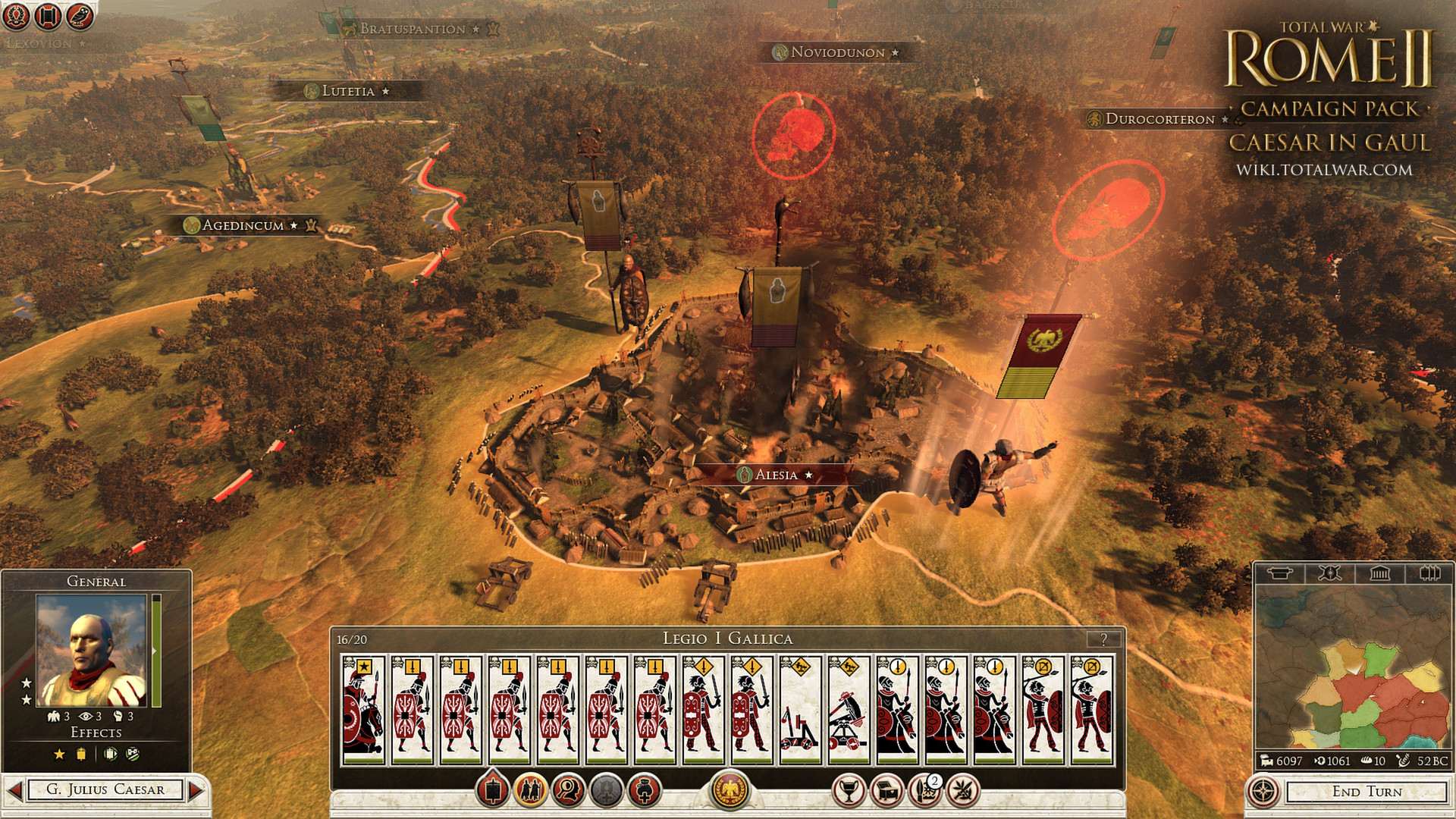 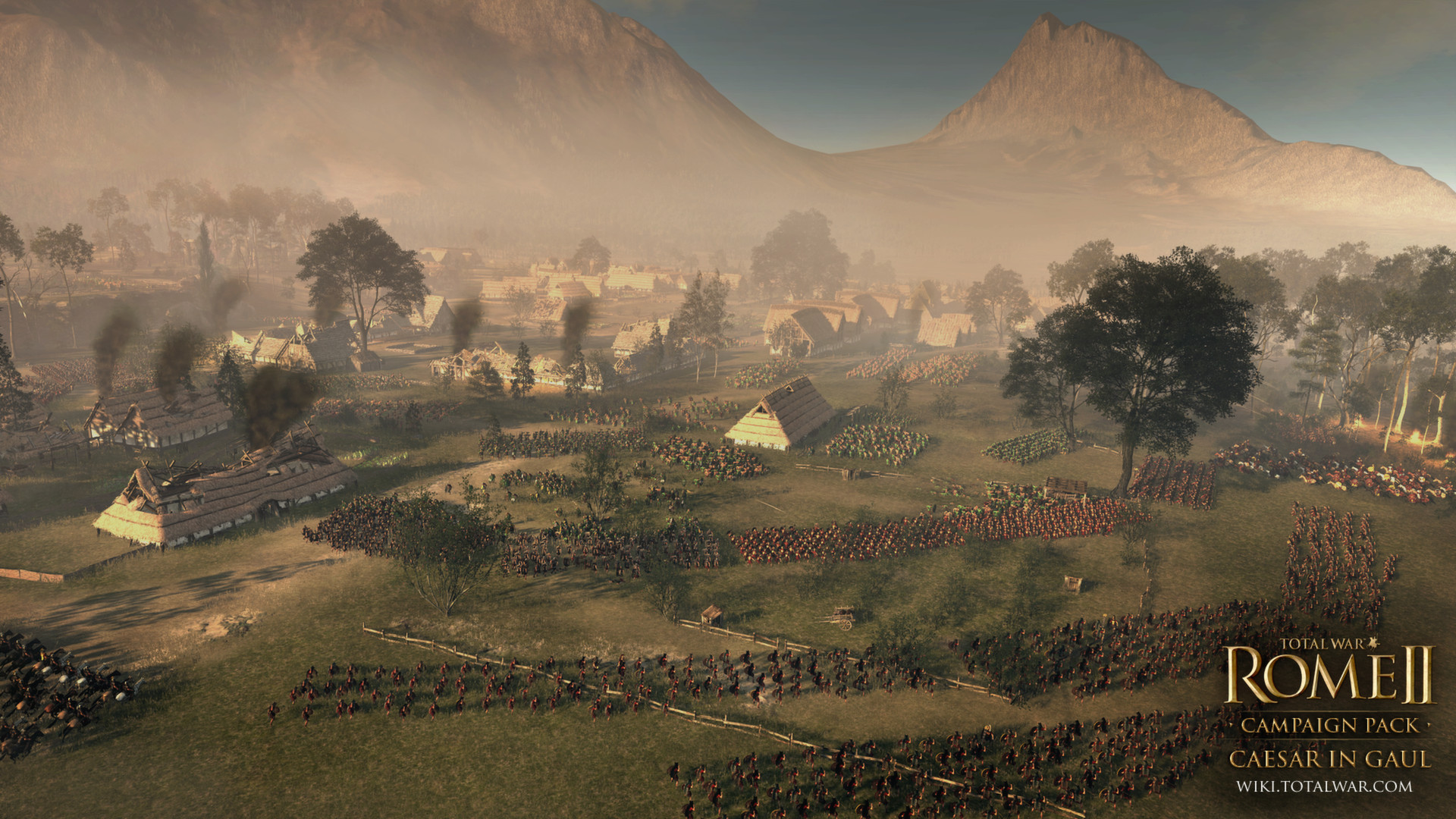 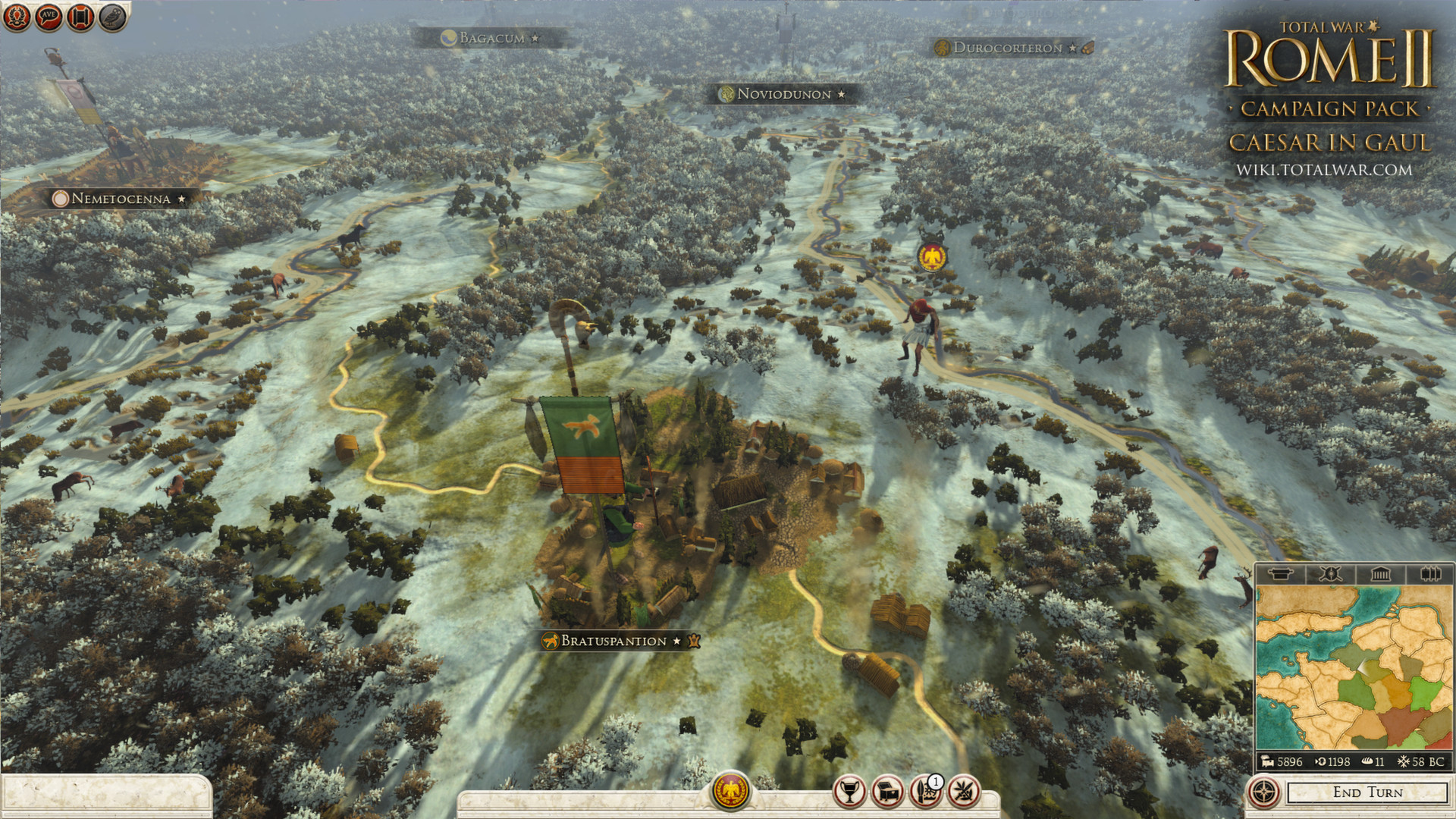 Description:
Attention! To access the content of the add-on, you need to play Total War ™: ROME II - Emperor Edition. "Caesar in Gaul" is an independent campaign for Total War: ROME II, dedicated to the conquest war of Julius Caesar against the Gallic tribes. The campaign is based on Caesar´s essay "Notes on the Gallic War" (Commentarii de bello Gallico). Players can choose between the four factions involved in the conflict: Arvern (Gauls), Svebs (Germans), nerves (Belgas), and Rome. The Caesar in Gallia covers a shorter time span (58-51 BC. ) and a smaller part of the territory than the ROME II itself, but it is more detailed about Gallia and the southern coast of Britain. Compared to the Gaul map in ROME II, the Caesar in Gaul campaign has more regions and provinces, more factions (gaming and non-gaming), it also has a number of well-known generals and historical statesmen whom the player will hire or with whom he will fight depending on the chosen faction. This war brought Caesar huge profits and fame, making it incredibly popular among the Roman people. And at the same time setting up against him the senate who watched the increase in his military and political might, which later allowed him to become a dictator. The addition of "Caesar in Gaul" differs from the basic game ROME II in a number of important aspects: * A new campaign map: * Campaign "Caesar in Gaul" "In more detail represents Gaul - players can move through 18 provinces with resources, new settlements and new metropolitan cities. * Special attention to the characters: * Many factions employ famous generals and historical state de teley (e.g., for Rome this own Julius Caesar, Mark Antony and t. d.). Each of the four game factions has a leader acting as a player avatar throughout the campaign. * 24 moves per year: * Since "Caesar in Gaul" covers a shorter period of time (58-51 years BC) compared to the grandiose main campaign ROME II, each move is only two weeks, and not the whole year. This means that the game again appeared the seasons. How this will affect the gameplay, it is difficult to predict, especially since everything can vary depending on the province. Late autumn, for example, can lead to a good harvest, but a long dry summer can harm your food supplies. * Compact multiplayer campaign: * For those generals who wish to pass a multiplayer campaign faster, in the addition of "Caesar in Gaul" there are many interesting possibilities. Thanks to geographic coverage and 48 factions opposing each other, campaigns for two players where they can interact or compete have become more compact and focused and take less time than a full campaign. * A new test system in the middle of the game: * Players who have reached the middle of the game will face new challenges that will be a more suitable substitute for civil wars ROME II. Selecting the Gallic tribe, you will feel the blows of the armored fist of Rome, sending in response to your actions of heavily armed troops, and playing for Rome, you will see how the Gallic tribes raise mutinies and enter into alliances against you. * New historical battle: * Added a battle under Alesia. It was a turning point in the Gallic War, leading to the capture of Vercingetorix, who was then taken to Rome and executed after participating in the triumphal procession of Caesar. In the battle of Alesia, the player´s task is to siege the Gallic fortress under the command of Vercingetorix. The battle begins with the fact that the Roman troops are deployed around the fortress, standing on a hill. The player must lead the Romans, reflecting the attacks of defenders of the fortress and the huge army that came to the rescue. * New game f