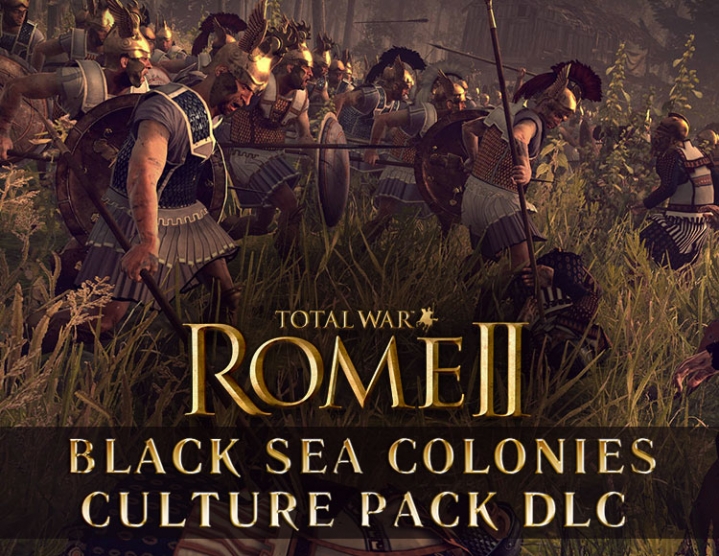 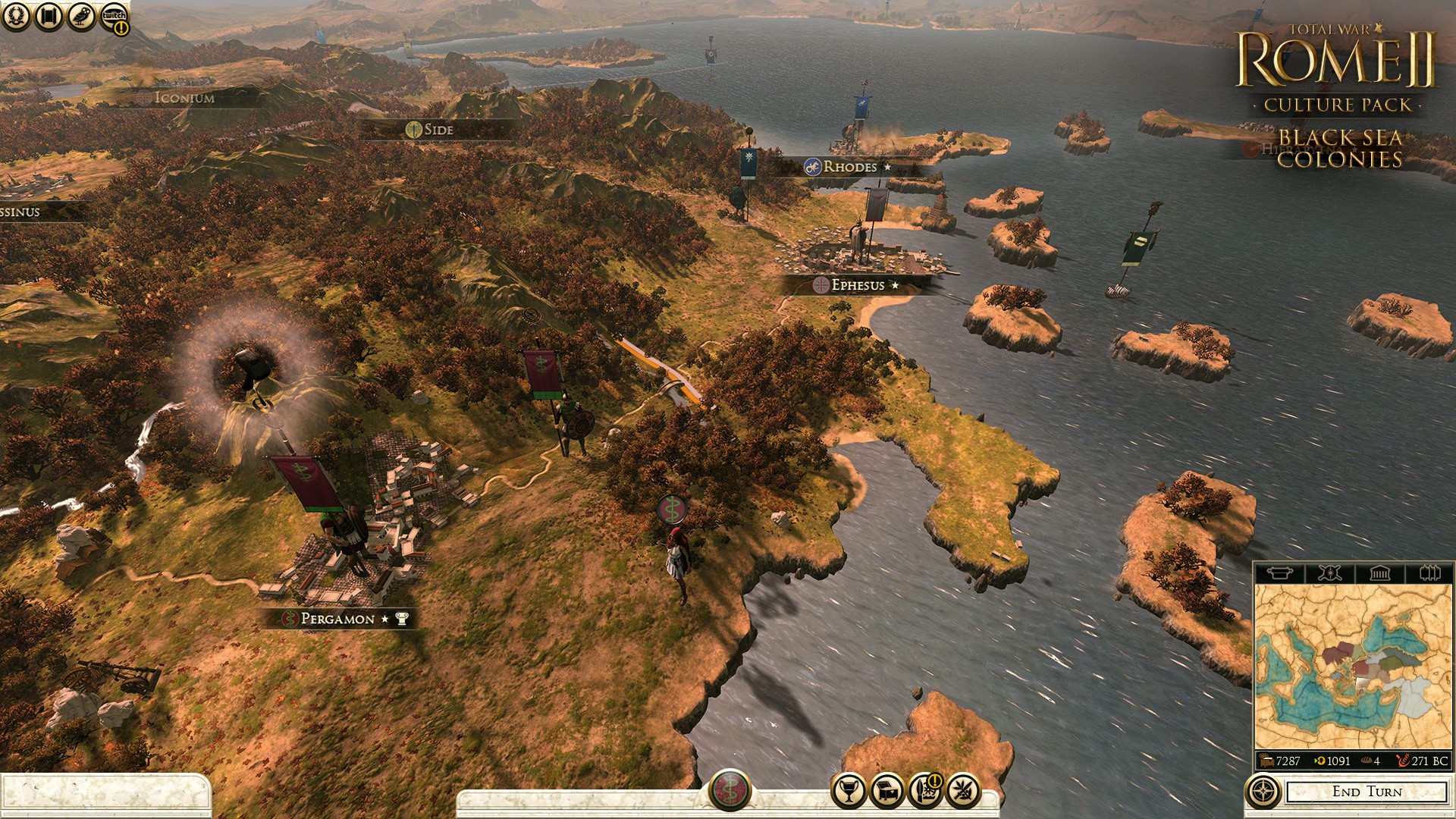 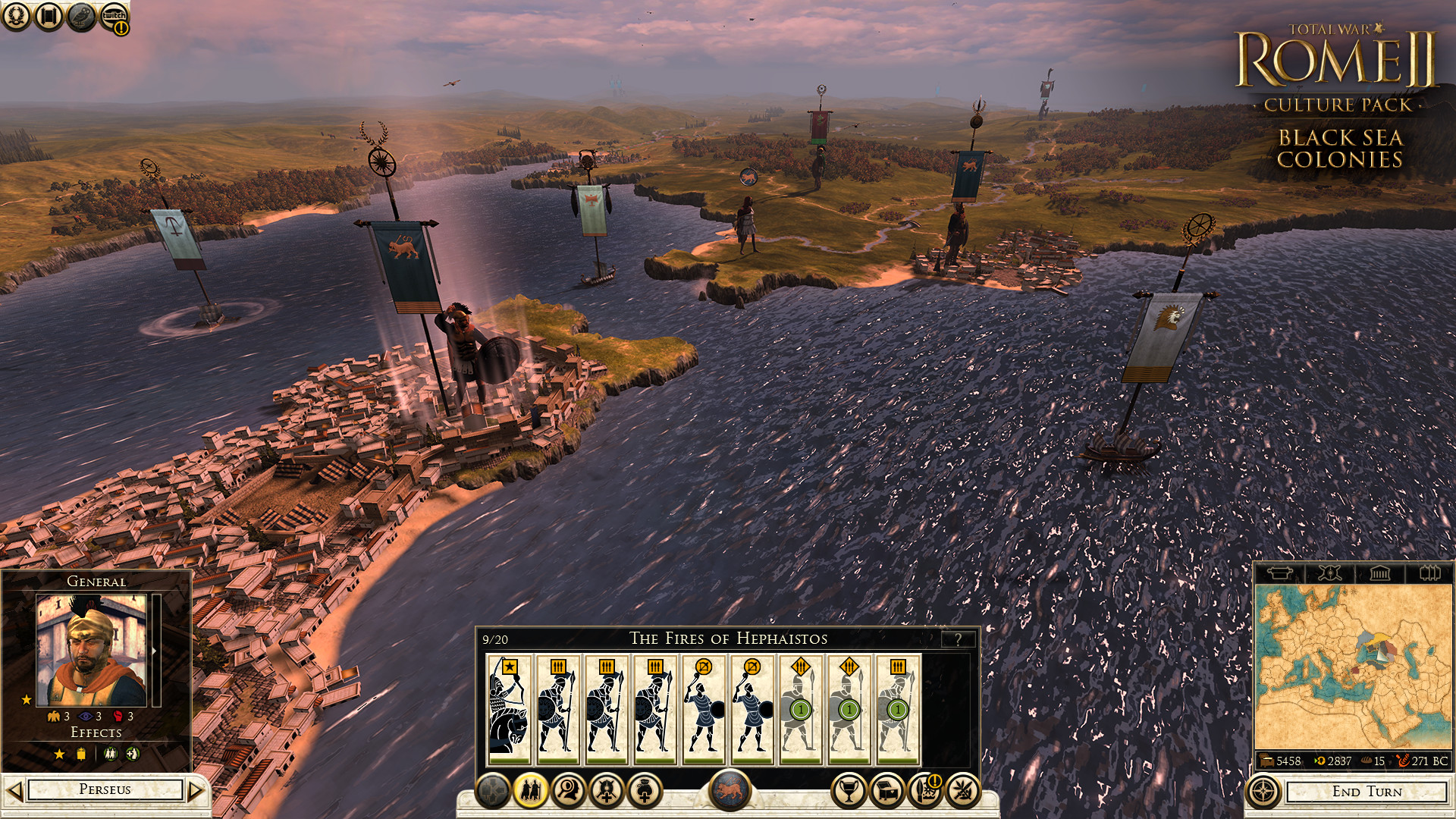 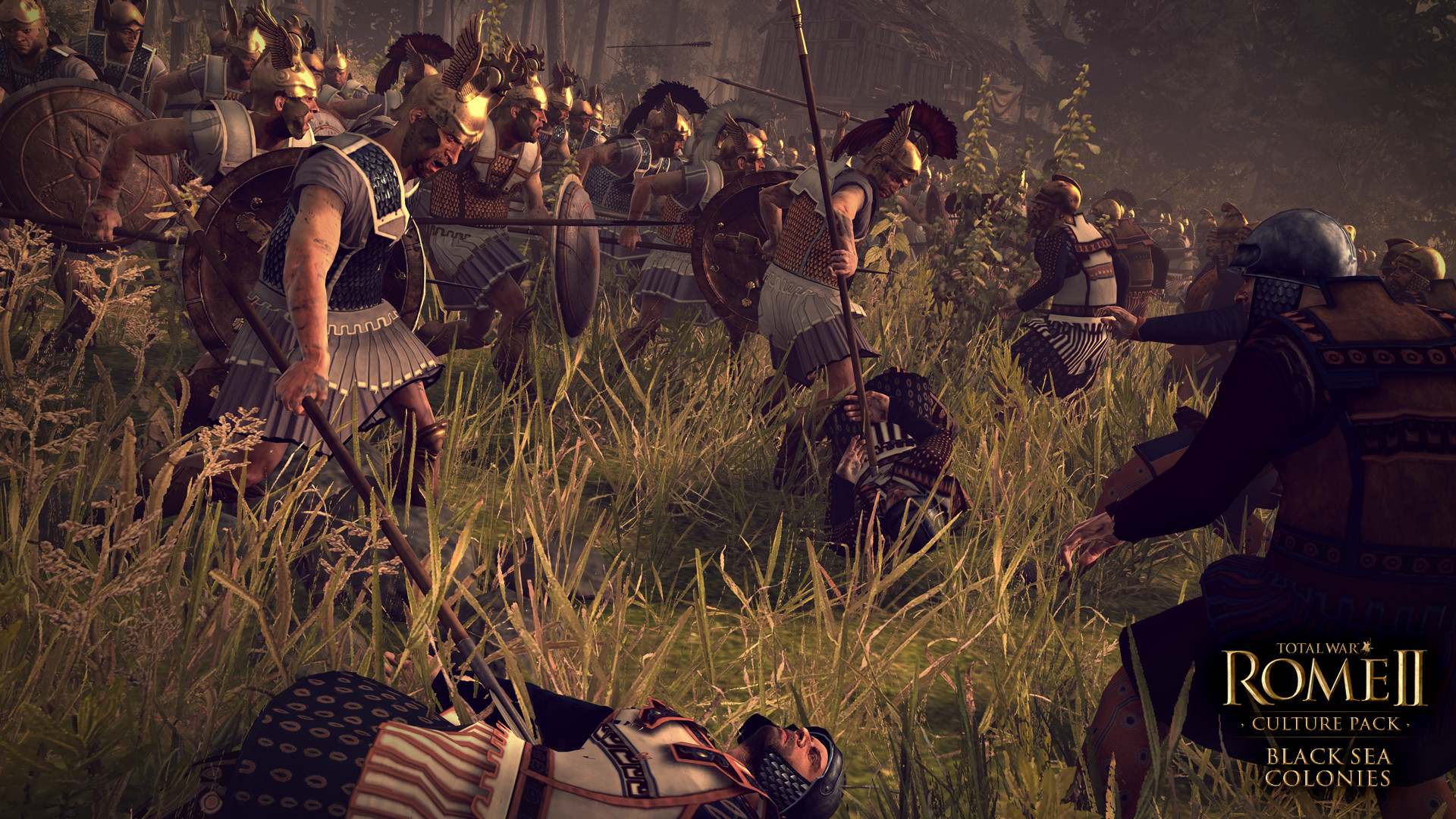 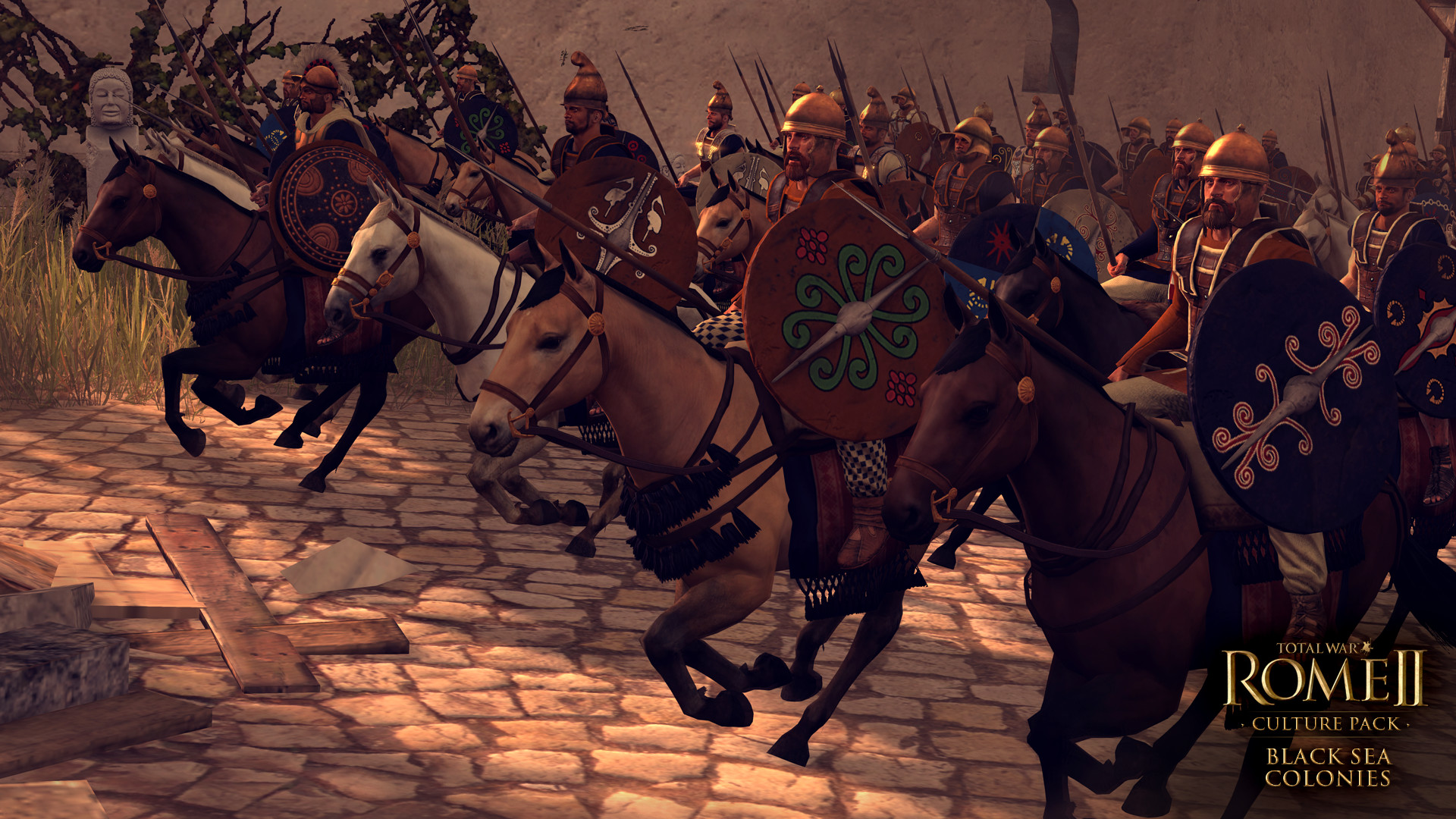 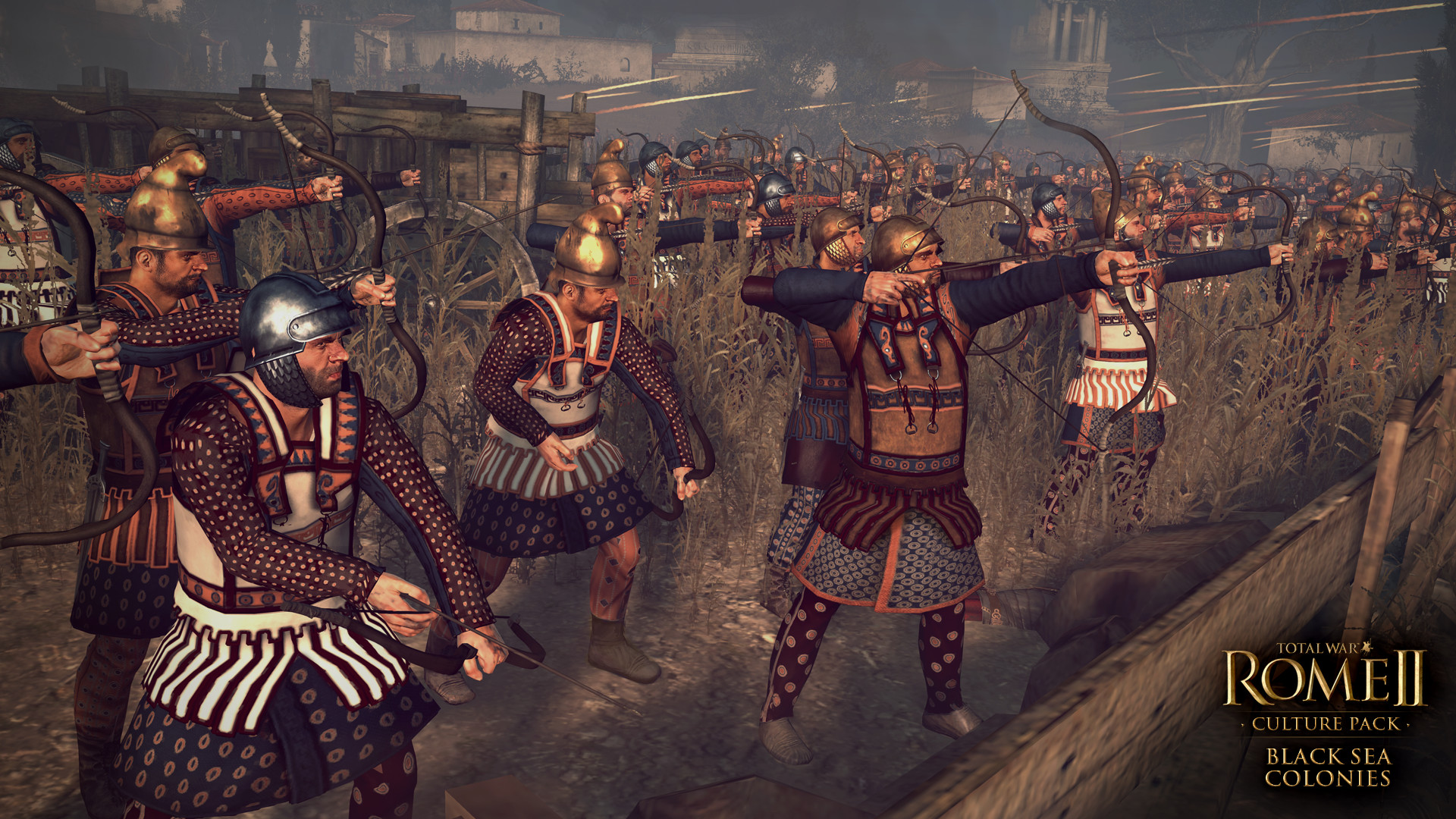 Description:
Attention! To access the content of the add-on, you need to play Total War ™: ROME II - Emperor Edition. Total War: ROME II - set "Culture of the Black Sea colonies" The set of "Culture of the Black Sea colonies" adds three new factions controlled by the player to the big campaign of the game ROME II: Cimmeria , Pergamum and Colchis. Originally they were colonies of Greek policies, but later the descendants of Hellenes mixed with neighboring peoples, which led to the emergence of original and unique cultures. The set "Culture of the colonies of the Black Sea Region" transfers their originality with the help of new features, combat units and buildings, as well as mixed troop formations. Cultural features of the colonies of the Black Sea region: Greek knowledge: 5%
Away from home: 2 to cultural changeCimmeriaHistory: For the resources and strategic advantages of the Cimmerian Bosporus for thousands of years there have been fierce battles. In the 6th and 7th centuries BC, the brave Greeks from Miletus in Asia Minor created several colonies on the Black Sea coast to subsequently trade local resources with the vast Greek world. By the beginning of the 5th century BC, their form of government had shifted from classical Greek democracy to rule by one family. The current ruler Satyr conquered nearby Greek cities, thus establishing the Cimmerian kingdom and the dynasty that exists to this day. Despite all its power, Cimmeria is threatened by the local tribes of nomads and the greedy Pont, whose military strength has yet to be shown. The features of the faction: Tyrants: 5% to corruption
Fertile Bosporan land: 25% to wealth from agricultural structures
Multiculturalism: -25% to the dissatisfaction of representatives of all foreign cultures on its territory. New troops: Scythian hoplites: these infantry detachments armed with spears and shields on the Greek pattern, are able to stand defensively. Kimmerian heavy archers: warriors in heavy armor, ready to change bows on spears as the enemy approaches. Kimmerian noble infantry: foot soldiers of noble origin, trained to fight in the classic hoplite style. Select Peltasts: these well-aimed and fearless skirmishers, armed darts, capable of inflicting serious enemy troops uscherb.Sostav: Mixed Greek-skifskiyUnikalnye built: pritanov
Buildings in pink marl
Temple of DemetraPermam History: Originally Pergamum did not play a significant role in the ancient world, but during the Wars of the Diadochi his influence increased noticeably. After receiving actual authority over this fortified city, an approximate Lysimachus named Filetter led him to prosperity, having built a magnificent acropolis and the temple of Athena. However, Pergamum has not yet become a realm in the true meaning of the word. It´s time to expand its boundaries and eliminate threats coming from Galatia, Pontus and Cappadocia. To stand in the coming trials and become the true heir of the power of Alexander the Great, Pergamum will need considerable force. Features of the faction: Great builders: -25% to the cost of all buildings
Military losers: 10% of the cost of recruiting troops that are not mercenaries
The growth of the settlements: 4 to growth in all provincesNew troops: Agamy lancers: elite Pergamon infantry, capable of keeping the order in spite of everything. The Pergamon horsemen-aristocrats: under the onslaught of these mighty and proud horsemen armed with peaks, not one enemy will stand. Selective peltasts: trained elite skirmishers, armed with darts. Composition of troops: Mixed Greek-Galatian Unique buildings: Pergamon altar
Pergamon Lib

✅ Dead by Daylight: A Nightmare on Elm Street XBOX 🔑