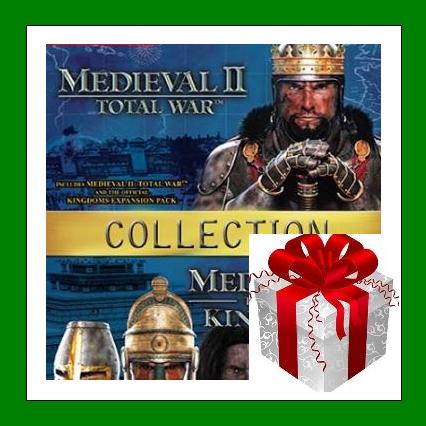 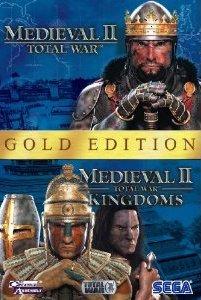 
In addition, we are launching a campaign for our loyal customers. For every 5 purchases any goods made by the sellerMediaSoft, starting from December 1, 2011 the buyer gets to choose one of the games from the STEAM company "New Disc" and "1C": RaceOn, Lost Planet Extreme Condition, Prey, Scourge Project, Shatter. Cooperate, buy friends and get your prize !!! The main condition - for all purchases you have to post reviews.


For any questions related to the conduct of the action, contact the seller. The action was not involved resellers have a personal discount of 5% or more. The number of keys is limited, the seller reserves the right at the end of promotional key to stop the action.


Lead your own army and achieve world domination Medieval II - the fourth game series award-winning strategy game Total War. Join the 3D-grandiose battles with up to 10 thousand brave soldiers, and at the same time, edit the largest medieval nations of the West and the Middle East. The game covers one of the most turbulent and unstable periods in the history of mankind; search for new lands and limitless power will guide you through the whole of Europe, Africa, the Middle East and even the New World.


You will rule your empire with the policies iron fist, controlling every industry - from the construction and expansion of cities to recruiting and training armies. Master the art of diplomacy and manipulate allies and enemies, outsmart "holy" Inquisition, and influence the Pope. Participate in the holy wars during the Great Crusade and bring victory to either Islam or Christianity. Rewrite history and conquer the world. This is Total War!


Battle real-time large-scale steel and entertainment. Quality animation combat units was better army - Numerous, the pace of the game - dynamic - all of which, together with unforgettable scenes of the massacre of fleeing enemy, creating a new, more realistic and exciting Total War.

New epic campaign. Advanced single player campaign, the effect of which will take place on three continents, will allow the player to go to America to confront the Aztecs on their home soil.

More opportunities. Advanced user interface and some additional campaigns will enable faster to plunge into the world of Total War and get maximum pleasure.

More than 40 innovations. Improved study of landscape diversity enhanced weather effects, and much more will awaken your desire to fight and fight again and again.

Intense multiplayer combat. Join the war against other players in 8 different game modes on a local network (LAN) and the Internet.