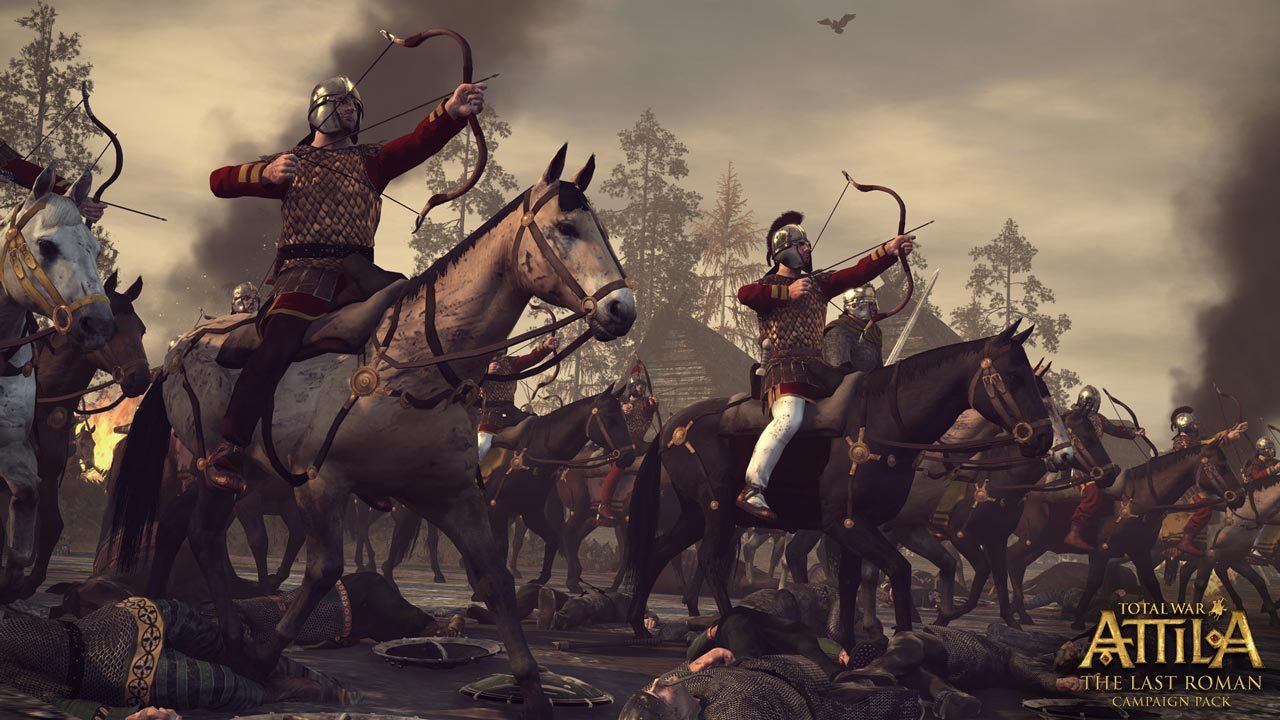 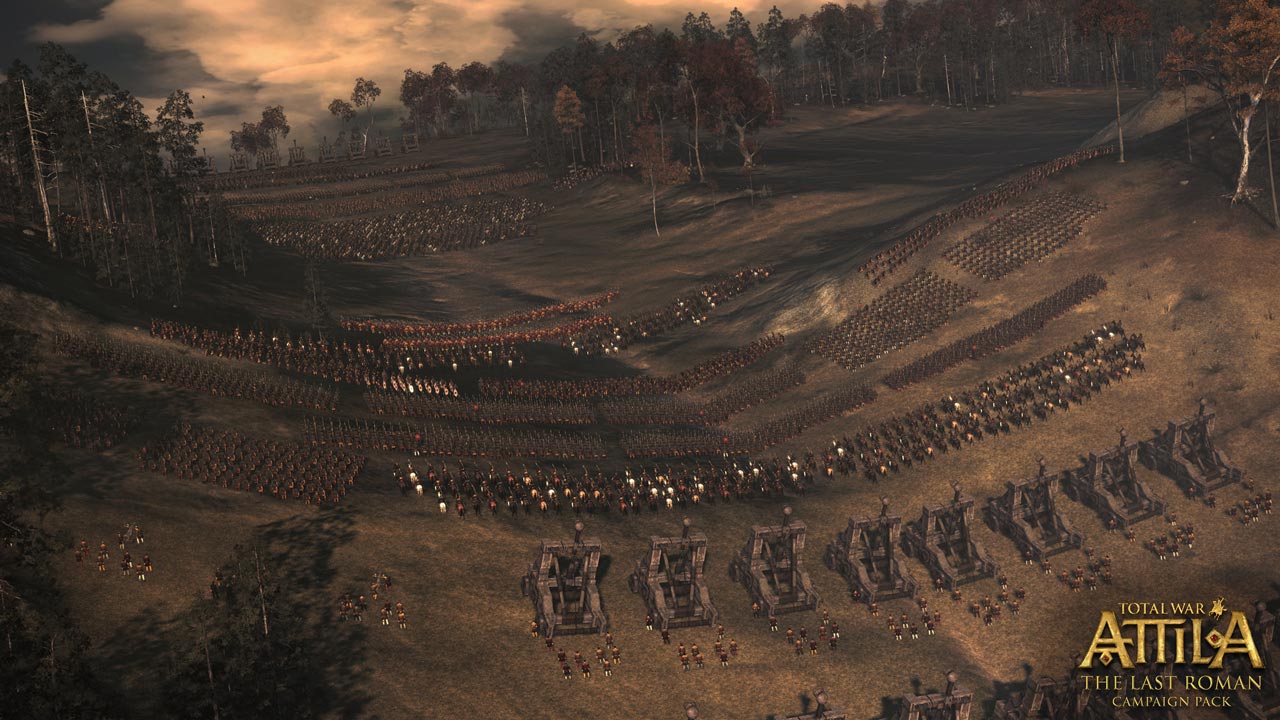 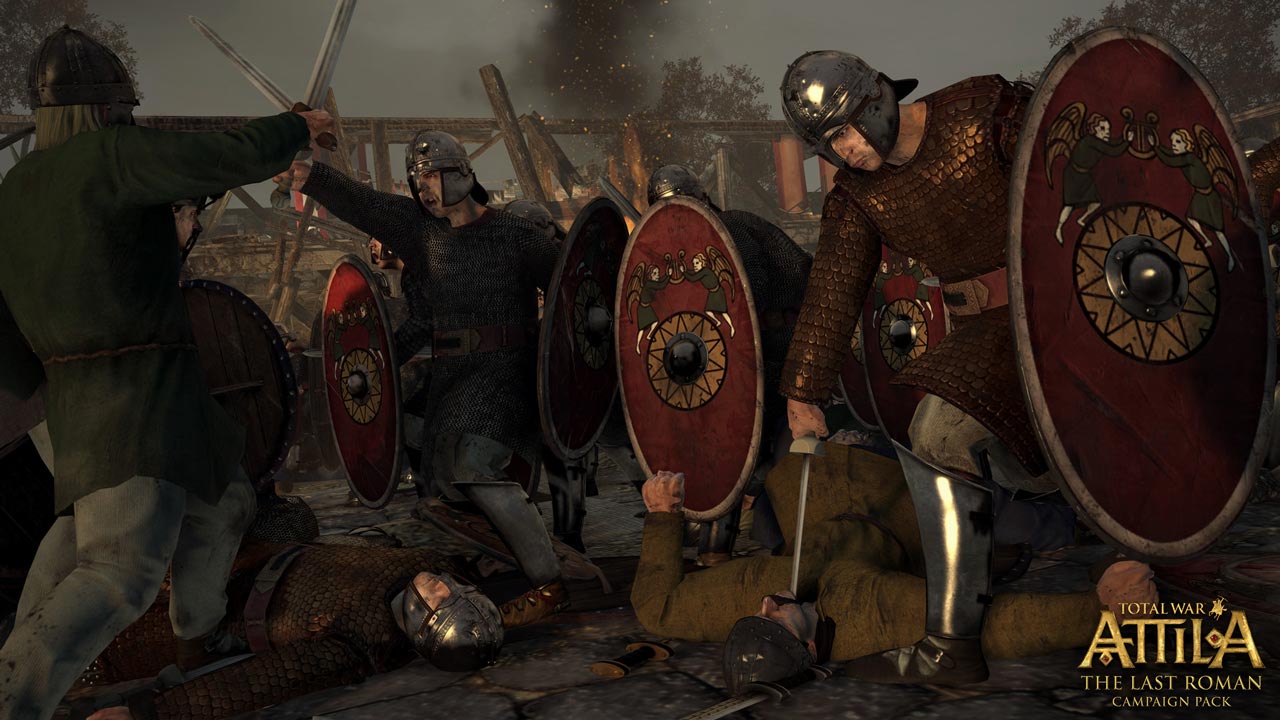 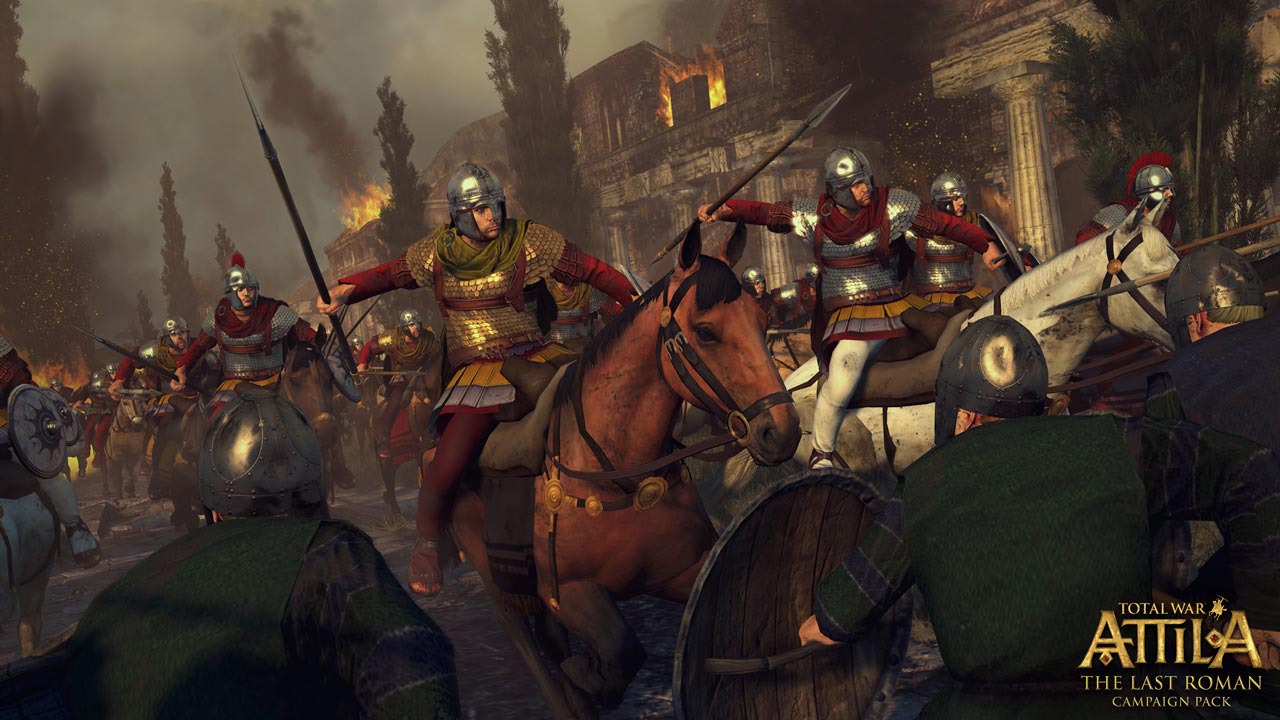 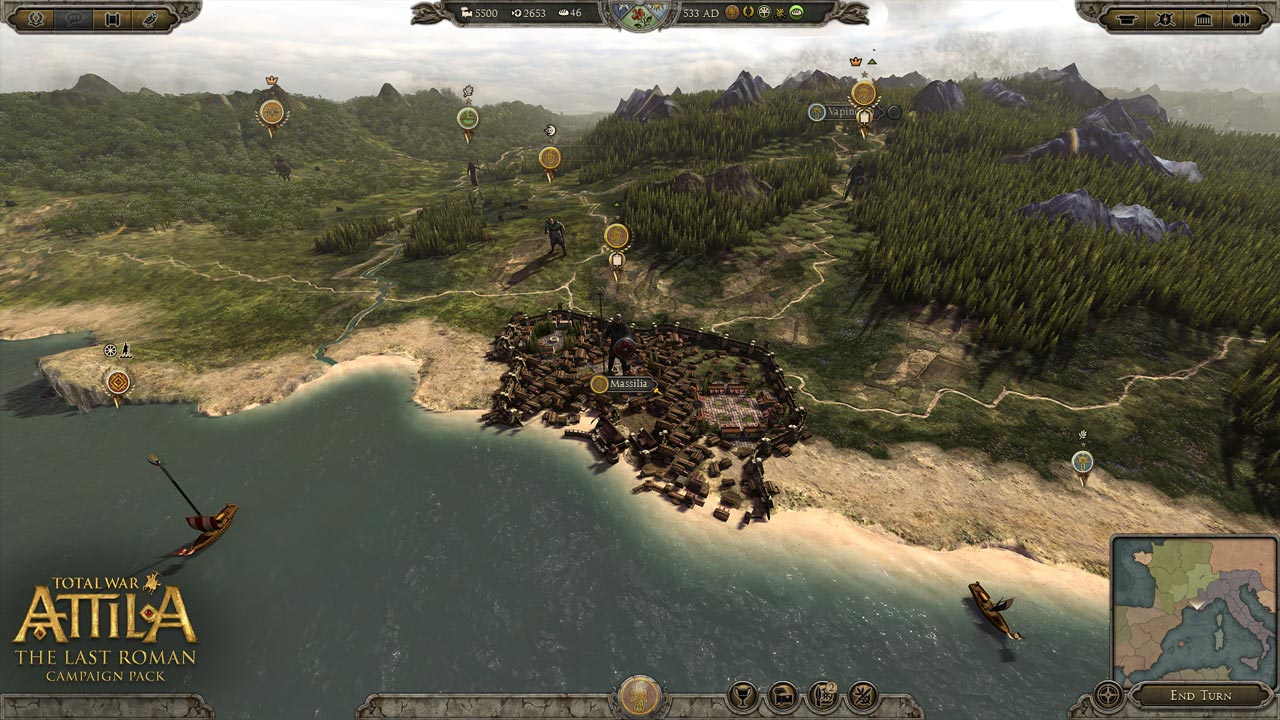 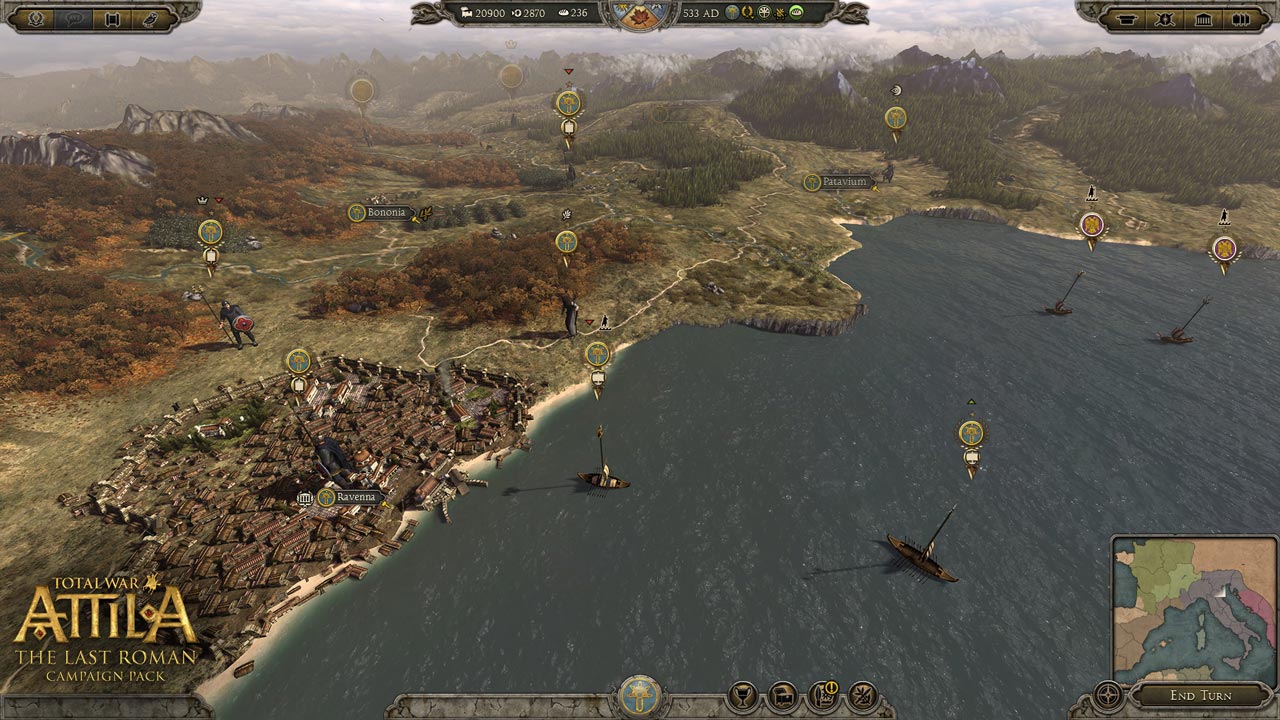 Attention! To start it requires a Steam version of Total War: ATTILA

• A new huge campaign map
• New faction "Expedition" with new features of the game
• 5 factions for the game with additional troops, technology and buildings
• A fascinating dramatic campaign based on real historical events


A unique campaign with a new game mechanics
The campaign kit "The Last Roman" is a grandiose expansion for the game Total War: ATTILA. The plot of the new missions will unfold on a new elaborated map of the Mediterranean theater of operations.
Experienced players in Total War must assume the role of Belisarius, lead his Roman expedition and take the Roman lands from hostile savages.
You are the servant of the Emperor Justinian, and you have to fulfill your duty for a whole series of missions and historical events. The Emperor, the Empress, even your own wife, Antonia, will fight for your attention, setting difficult and often contradictory tasks for you. Do these tasks to get new fighters and replenish supplies, but be careful if you offend the wrong person. The future of your entire expedition will be in jeopardy.
On the other hand, you can proclaim independence, restore the Western Roman Empire under your own banners and achieve glory and immortality far from Constantinople.
Will you remain loyal to the emperor and take for him Rome from the barbarians? Or will you go your own way and create your own empire in the West?

New Campaign Map
The campaign card "The Last Roman" is distinguished by the huge size and accuracy of the reconstruction of Western Europe 533 AD. You are waiting for 35 provinces and more than 100 regions, including the territories of Italy, North Africa, Spain and France.

Factions for the game
In the campaign "The Last Roman" you are waiting for five factions - in addition to the new Roman expedition there are Ostrogoths, Vandals, Franks and Visigoths - each of the factions has its own unique features and unique starting points of the campaign.

New units
In addition to the returned familiar combat units, the main factions of the "Last Romans" campaign have the following troops.