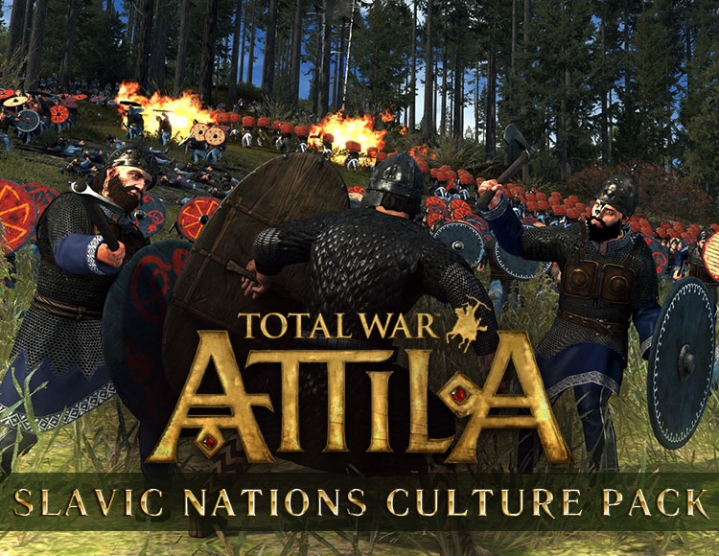 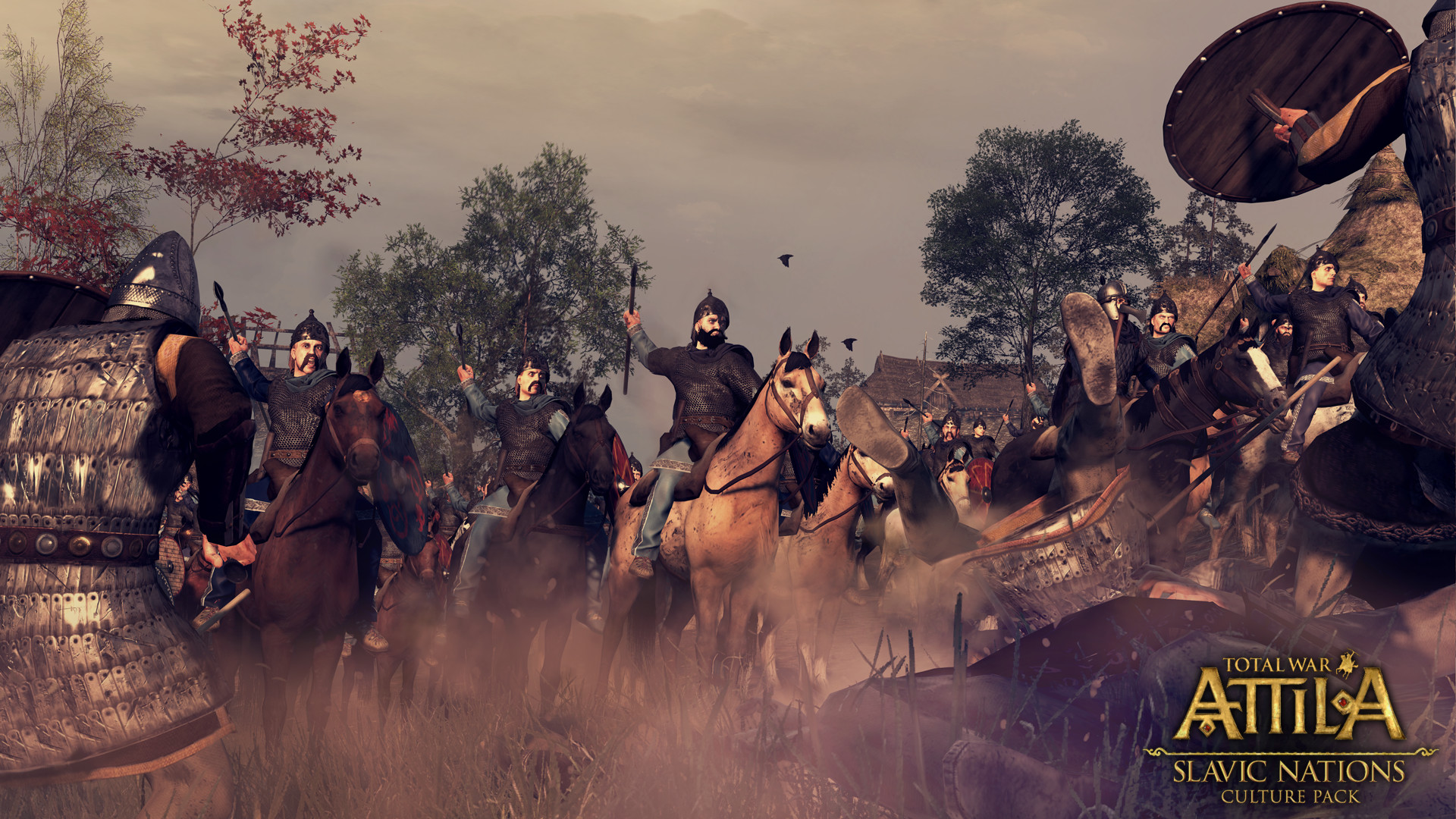 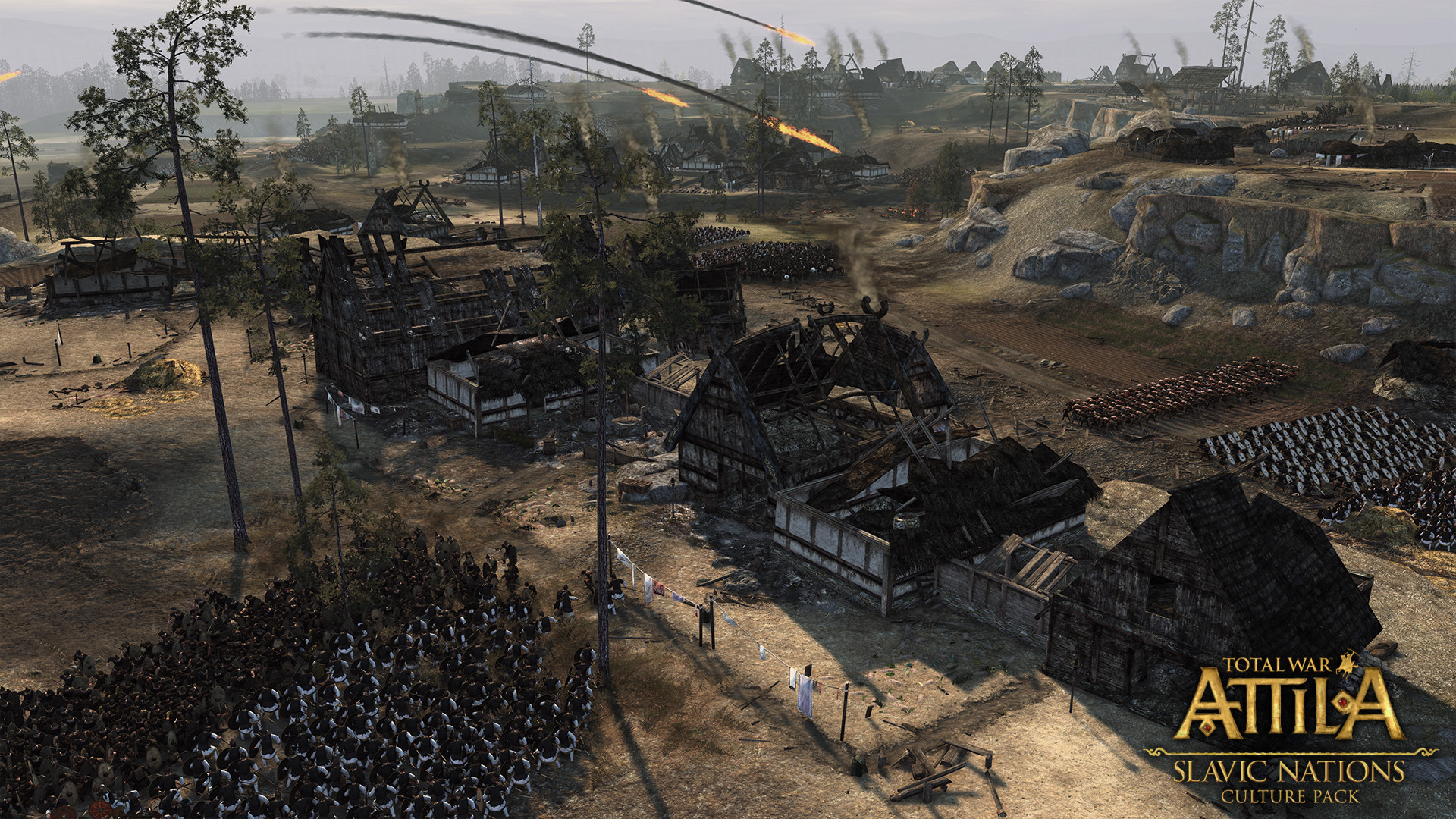 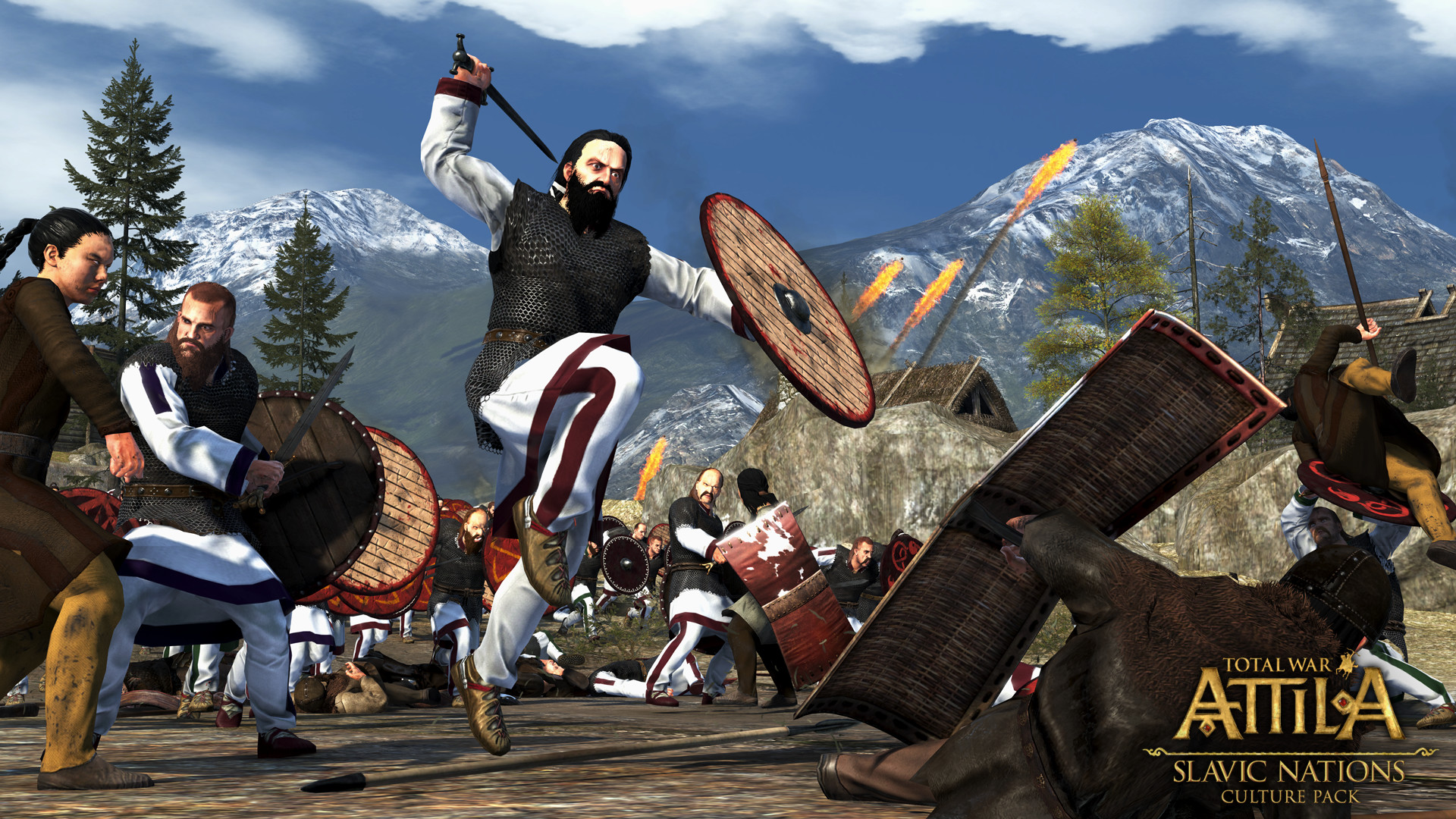 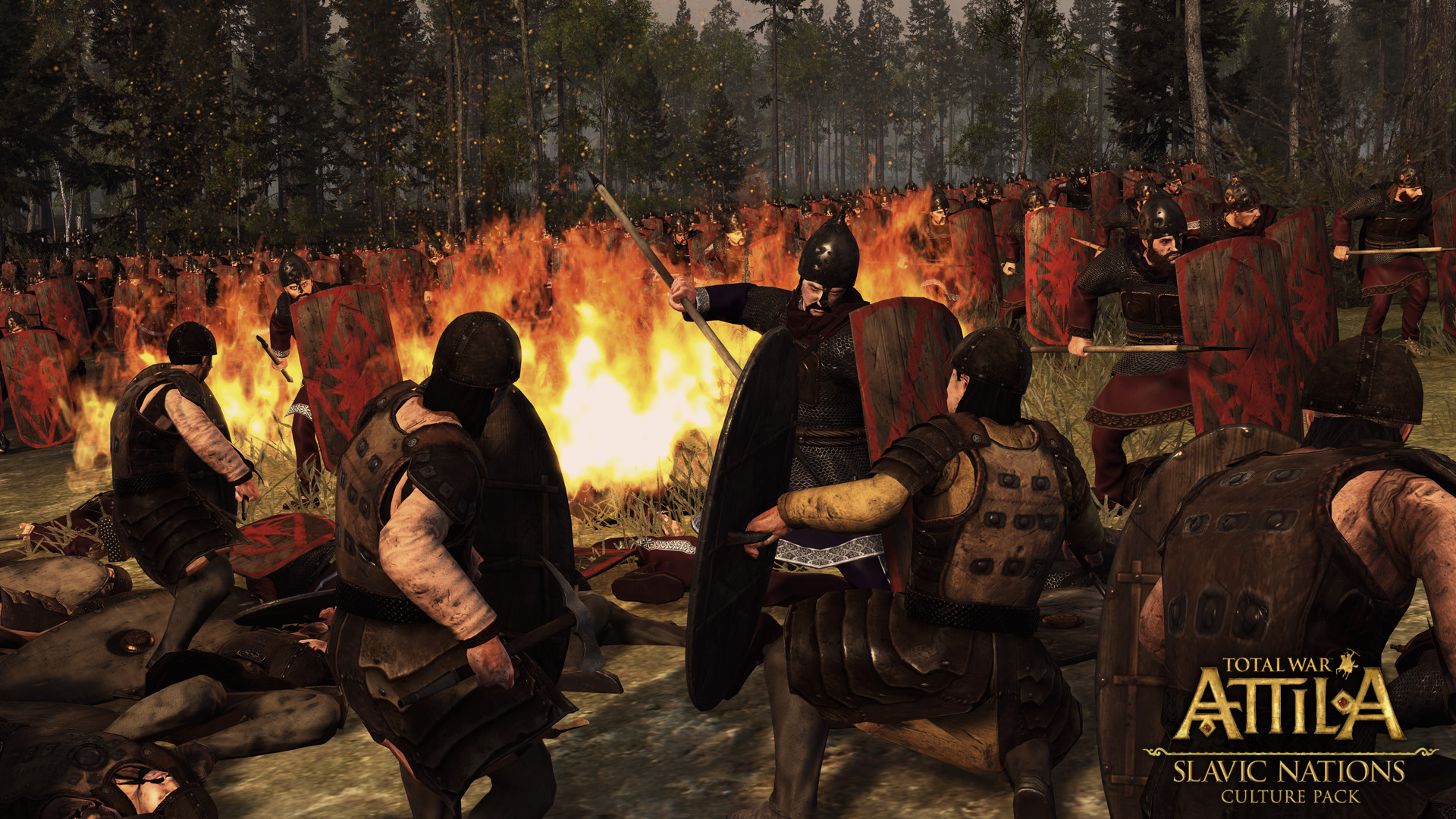 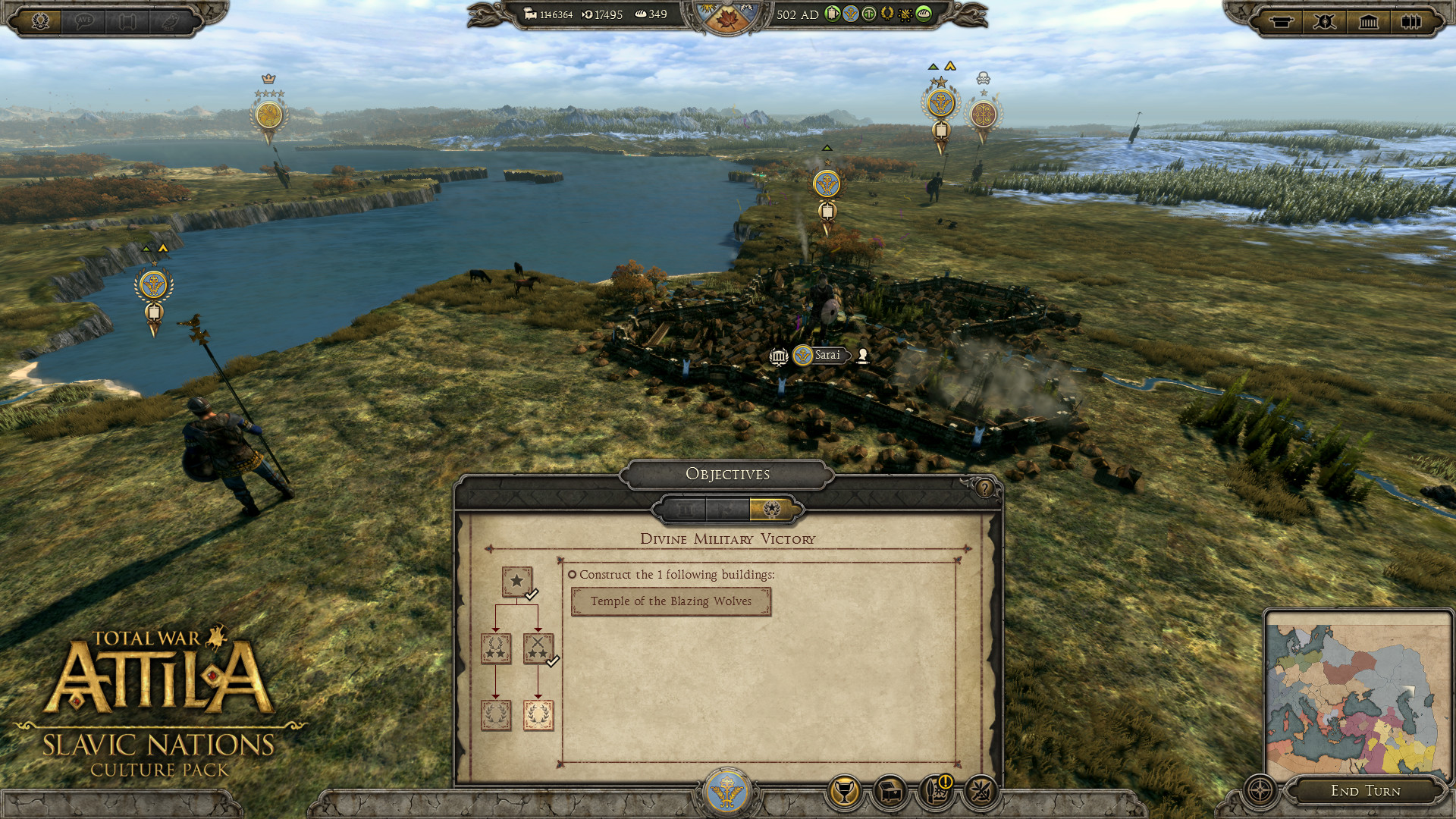 Description:
Attention! To access the content of the add-on, the game Total War ™ is required: ATTILAAddition "Culture of the Slavic states" adds to Total War ™: ATTILA three new factions for the game. Antes, sklavins and wends can be used in single and network campaigns, as well as in customized battles and battles across the network. Being a hardy and mobile people, the Slavs spread throughout the emaciated steppe to re-colonize it and bring a new life to the abandoned land. When there is a military conflict, they bring down on the enemy a destructive hail of poisoned arrows. Whether it´s diplomacy or conflict, they are perfectly opposed to the Hun threat and offer many unique ways to play Total War: ATTILA in campaign and battle modes. New builds and conditions of victory To win the Slavs from the player, it is required to build wonders from the new legendary chain of buildings. The scale of victory (small / ordinary / divine) and the type of victory (military / cultural) depend on the constructed miracle, so players can continue to build various miracles to increase the scale of victory. While miracles are very expensive to build and maintain, they bring more and more significant bonuses to provinces and factions and open new powerful combat capabilities for the Slavic troops. A new chain of religious buildings for cities includes temples with numerous religious and civil bonuses and opens combat capability "The Last Ridge g "for all Slavic troops in the province. A new chain of religious buildings for the towns includes temples that increase the growth and fertility in the province. Combined with cultural immunity to non-combat losses in the snow, this gives the Slavs an opportunity to flourish even more as the climate grows colder. Cultural characteristics of the Slavs All the fractions of the Slavic cultural group have the feature of "Persistent Warriors" that allows them to quickly colonize the destroyed provinces again. The feature "Persistent Warriors" gives the following bonuses: Immunity to non-combat losses in the snow
Lack of colonization fees
50% discount for all major buildings of the settlement
In addition, the new chain of Zadug´s buildings helps the Slavs to give impetus to the development of the economy in the newly colonized regions. The chain gives a large base income at rank 1 and increases the wealth that adjacent provinces are in possession. In a word, the Slavs can very quickly establish new colonies for free and immediately begin to benefit from them. The picking up arrows The stuck arrows are a new unique type of ammunition, available only to the Slavs, and the most deadly type of arrows in the game. Poisoned arrows exhaust the target and cause gradual damage. Antes can use heavy poisoned arrows with significantly increased negative effects acting on the target. SlavyaneAnty Although antes are often considered an offshoot of the Venedian tribe, they nevertheless fought with wild rage, forming their own independence and identity. Ironically, from the conquest by the Goths, they were saved by the advance of the Huns, who were made ready to go west before they began to completely dominate the Slavs. Beginning of the 5th century AD e. Nothing promises anything but further chaos; the Huns continue to loot, and the Roman Empire confronts them, desperately hoping in any way to contain the course of events. In such conditions, the antes are firmly on their feet, intending to prove that they are strong and can lead to the emergence of a united Slavic power! At the starting position next to the Huns, Roksolans and Quad, campaigns for antes throw the

Wolfenstein The Old Blood Xbox one 🔑