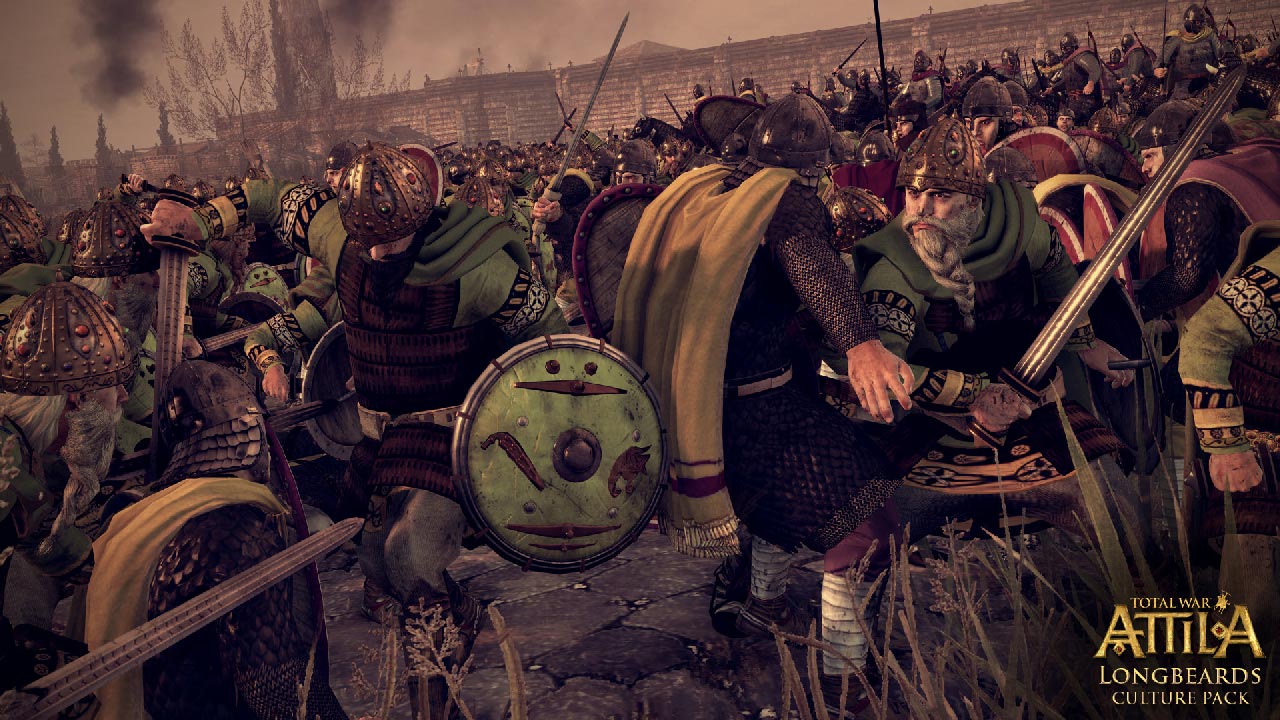 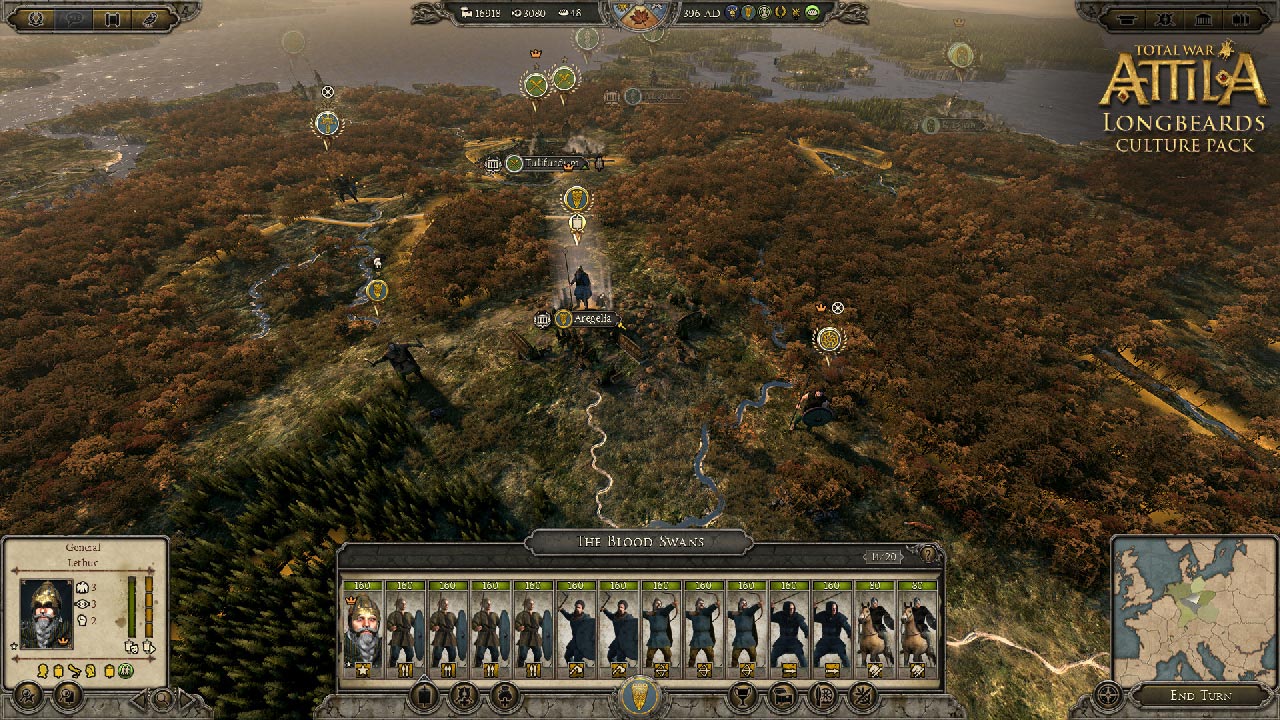 After centuries of Roman rule, these formidable and warlike Germanic kingdoms finally decided to start aggressive wars and expand their holdings. To the south lies the lands of the Western Roman Empire - poorly protected and rich in prey ... A unique selection of new buildings, fighters and features of the factions. "The culture of long beards" will allow you to fully experience the atmosphere of chaos of that historical era.
By the way, historically it was these three factions that subsequently founded some of the most powerful empires of the Middle Ages. Can you adequately manage their strength and create these empires yourself?

• Cultural Feature (Barbarian Kingdoms)
New kingdoms: building conversion rate -50%
• Unique campaign with a single plot: The Legend of Ybor
In the game for new fractions, you will be offered the campaign "The Legend of Ybor" in the style of the ancient German saga. Here you can control the actions of the illustrious hero. Closer to the end of the story, Ibor will be available to you as the general of your army, and decisions made earlier will determine the abilities that he will receive.
• Unique features of fractions
Each of the new factions has features that affect the style of play in the main campaign.
• Unique assignments
Players starting a campaign for the Lombards, Burgundians, or Alemans will receive a chain of unique quests. In one of them, in particular, you will be asked to leave your homes and become nomadic people in the full sense of the word. In return you will receive a decent amount
• Unique troops
In addition to the troops of the German barbarians, the Burgundians, Lombards and Alemans have access to a number of troops unique to each faction
• New supporting items
The Longbeard Culture Supplement contains supporting items to help develop the skills and abilities of key campaign characters