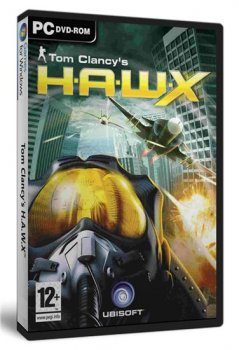 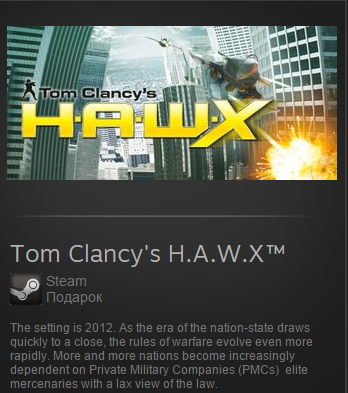 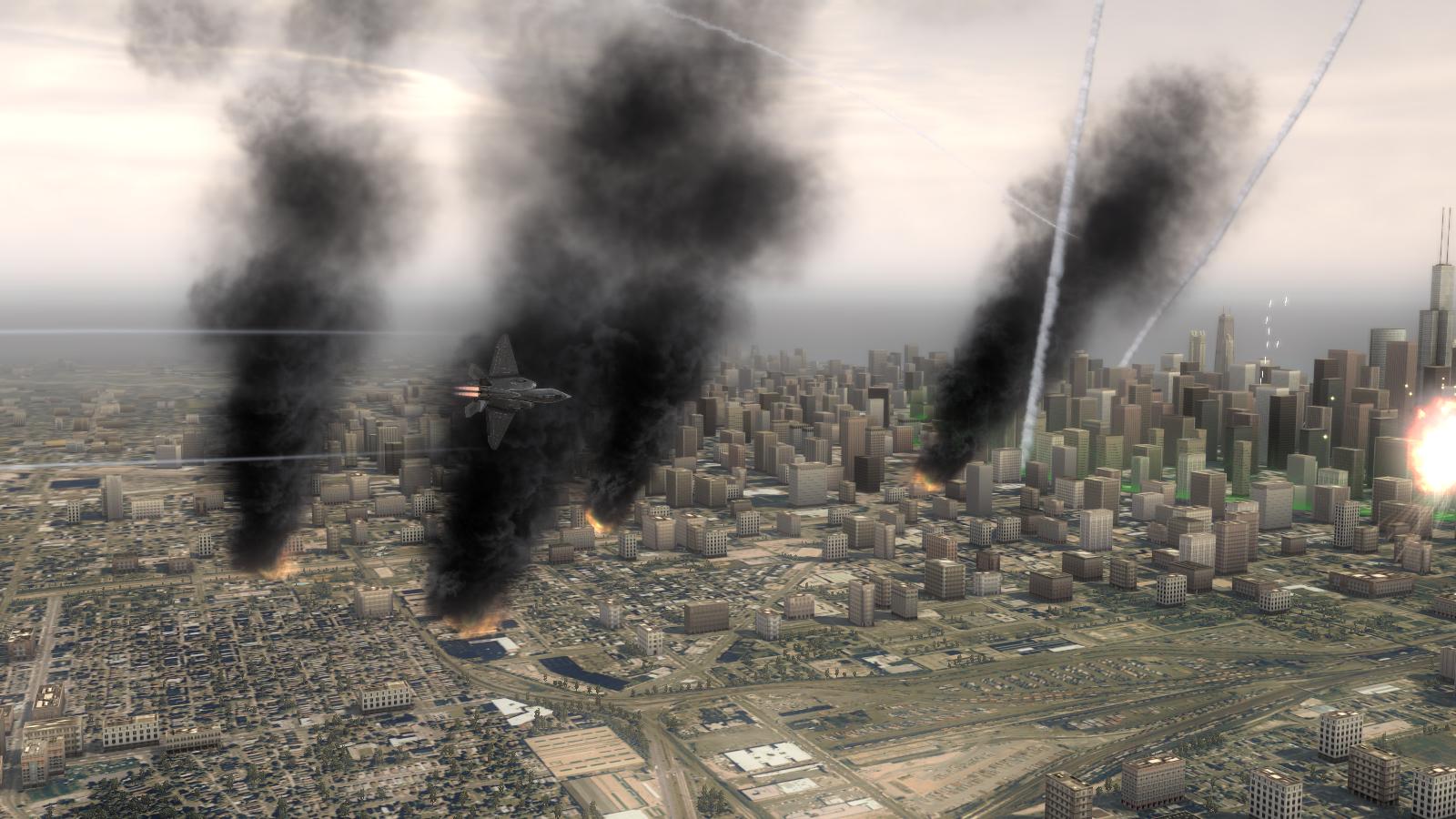 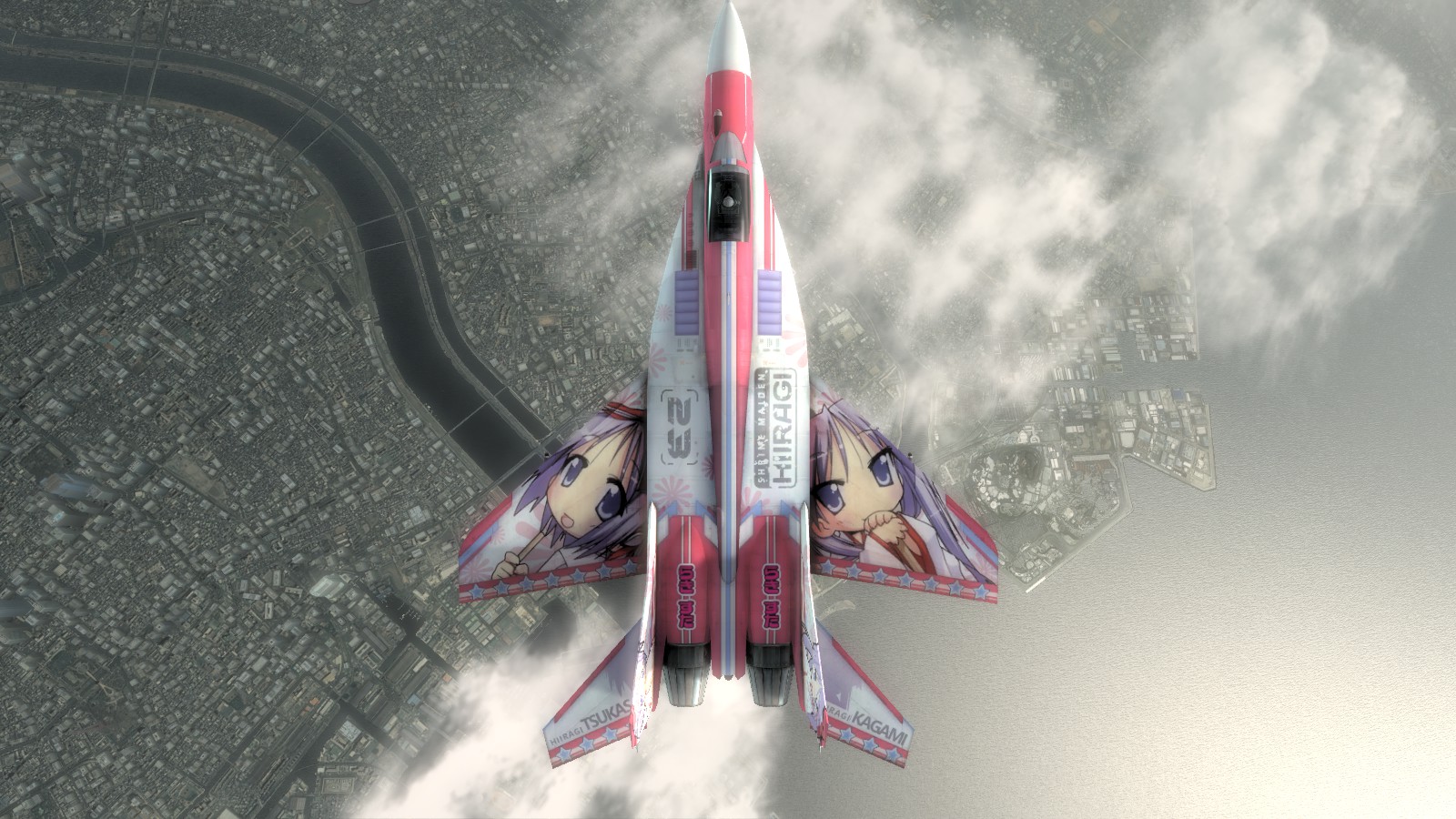 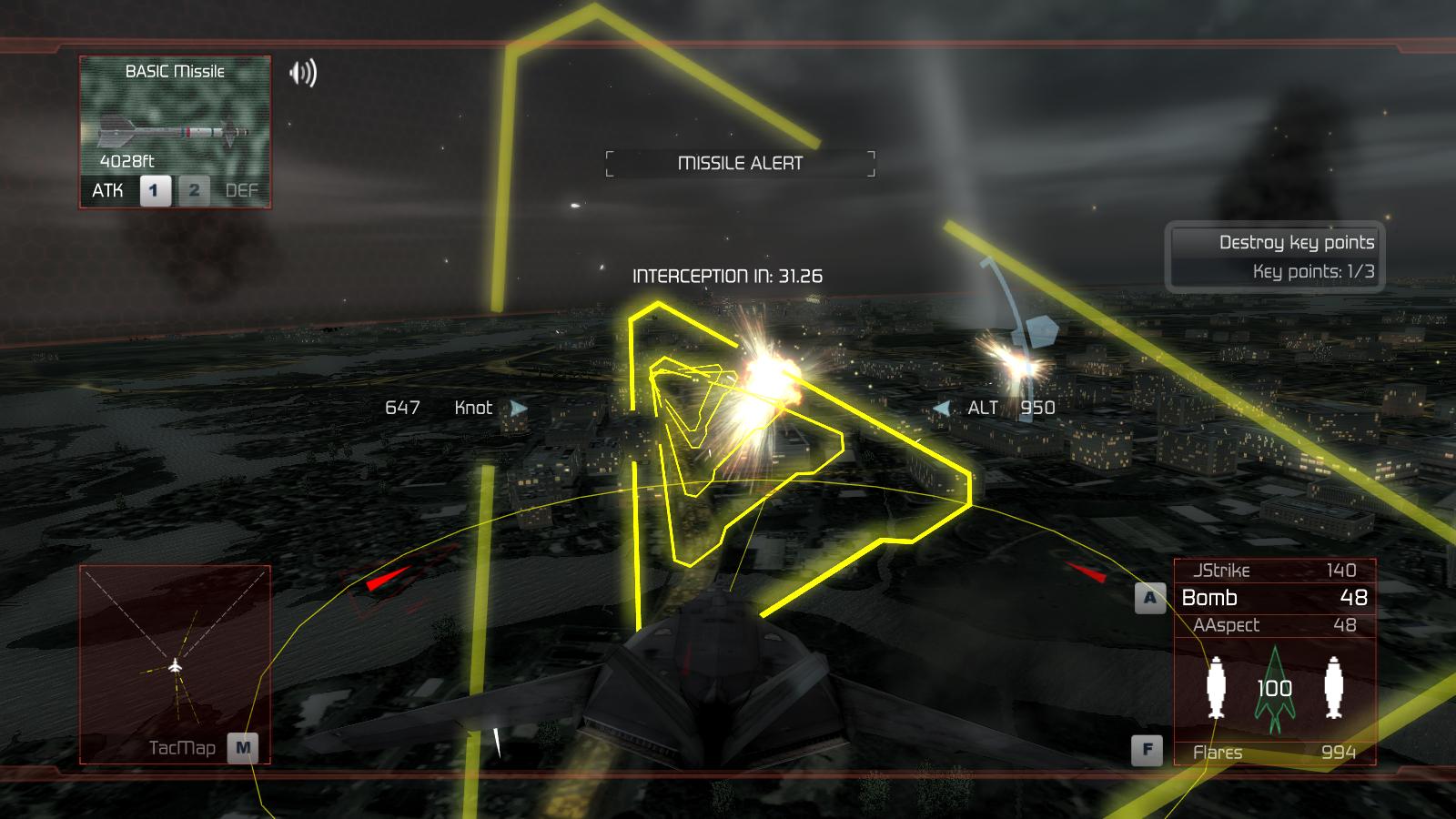 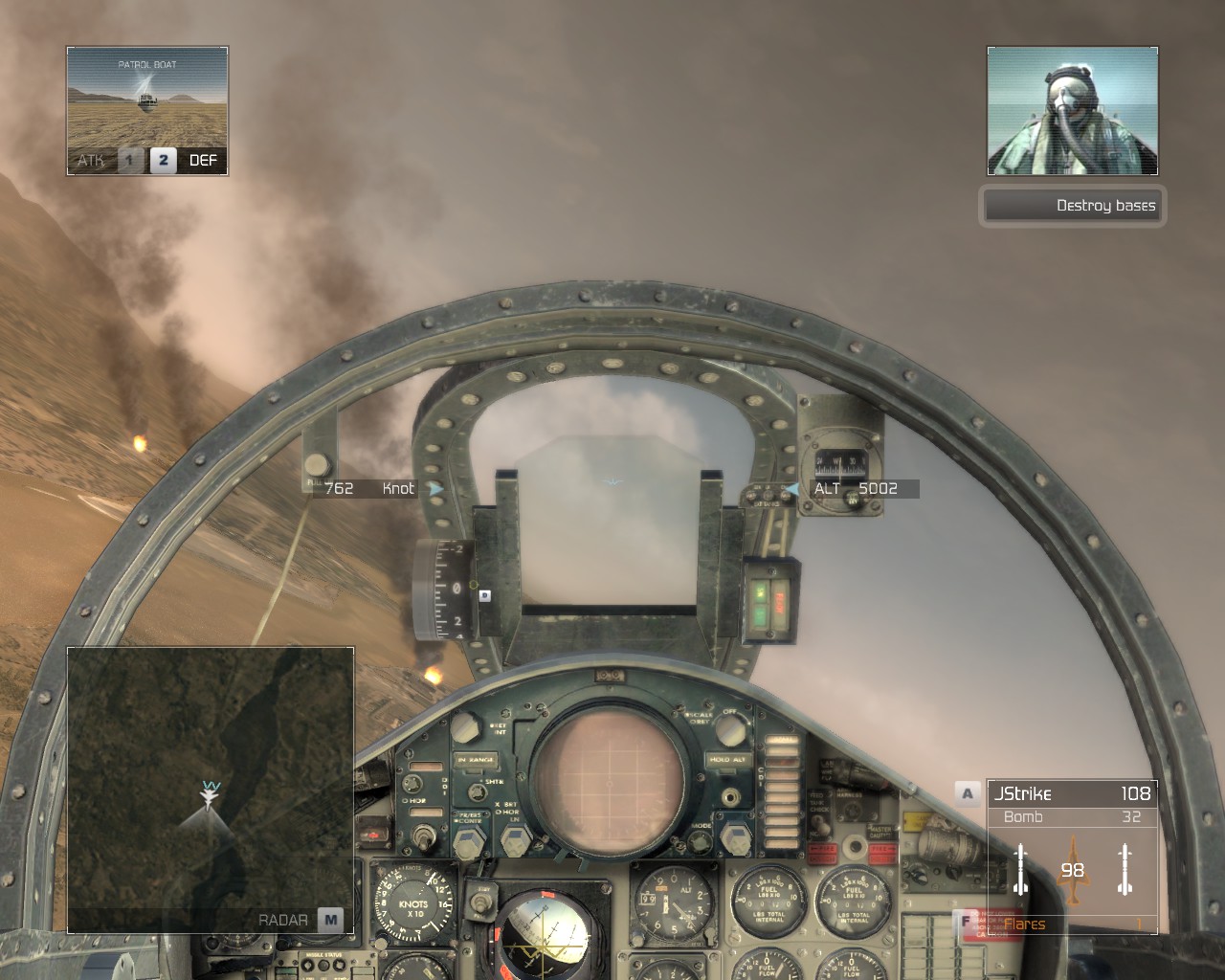 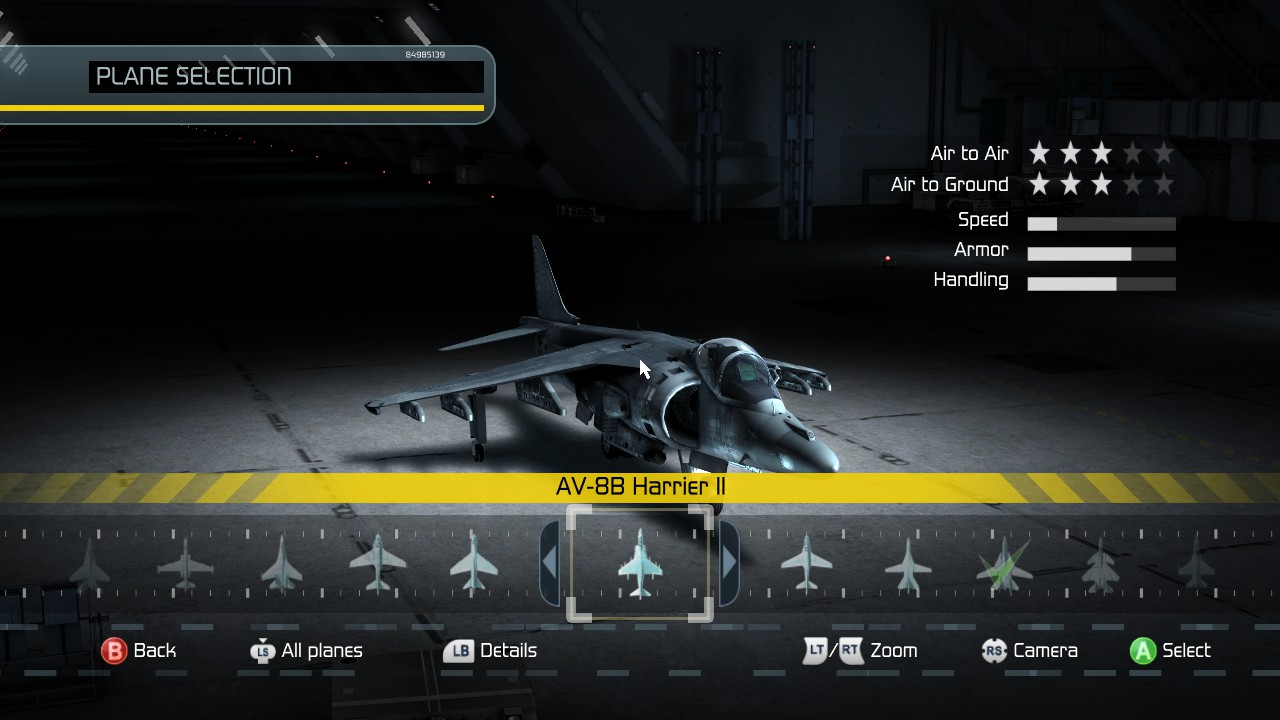 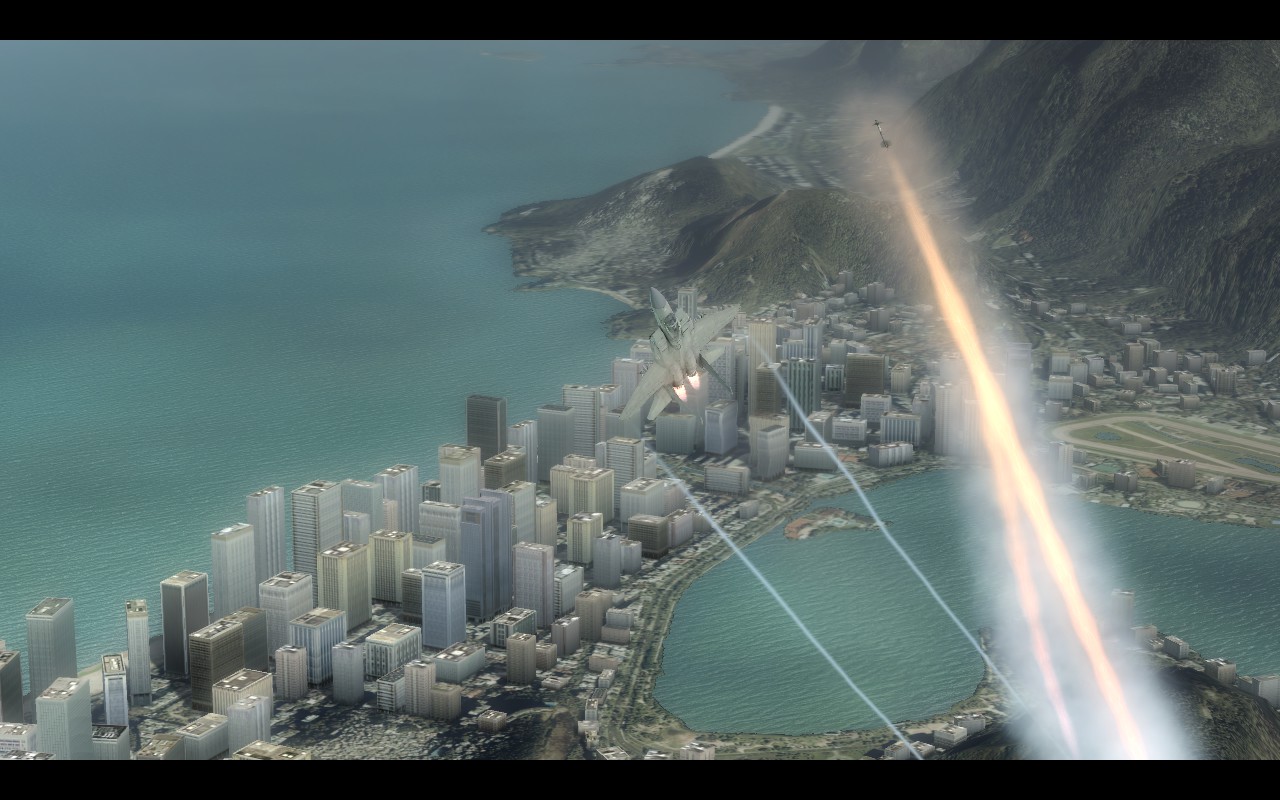 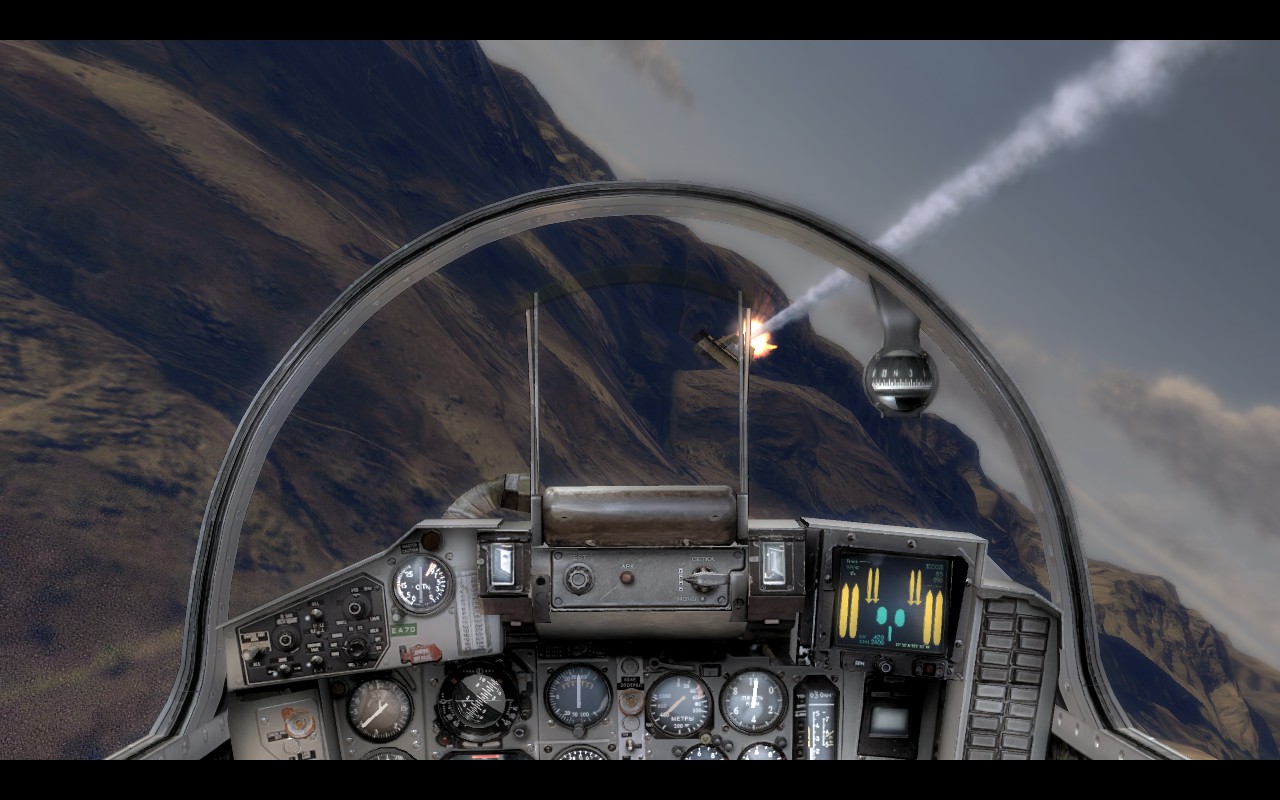 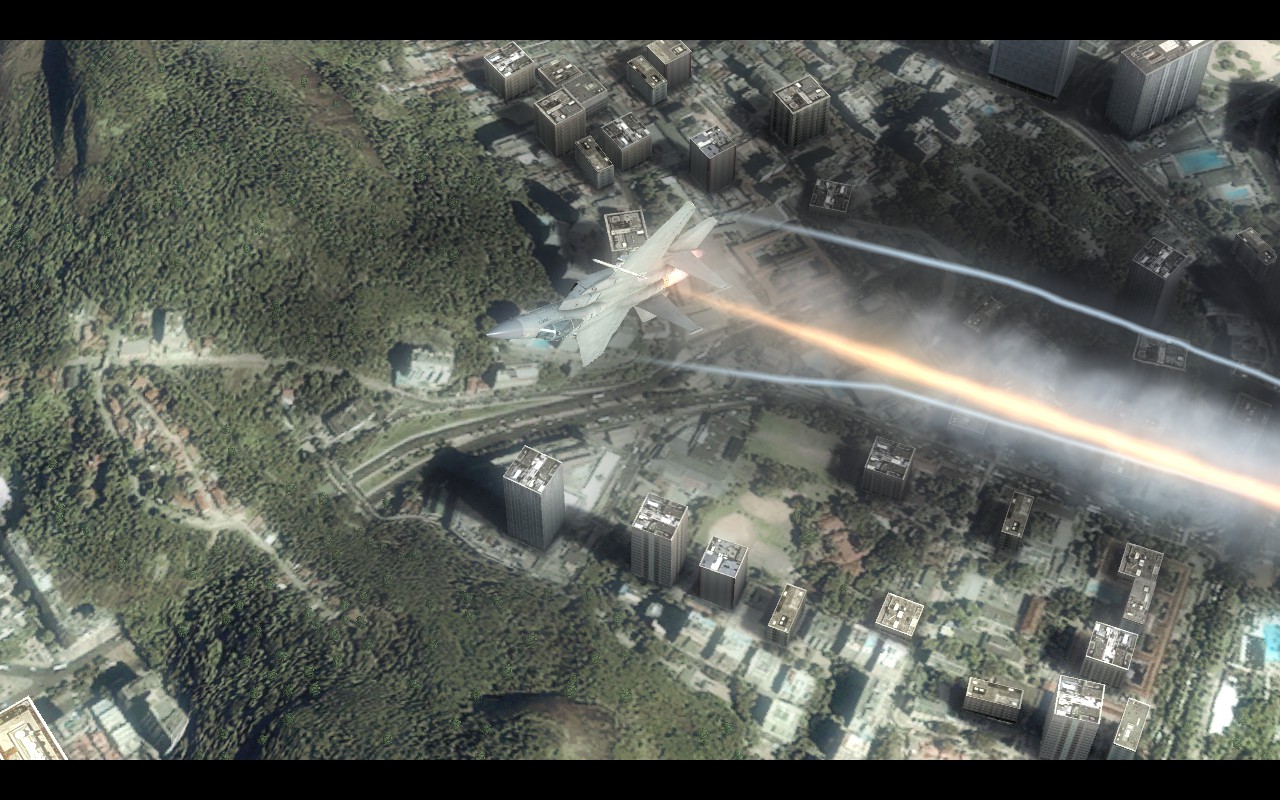 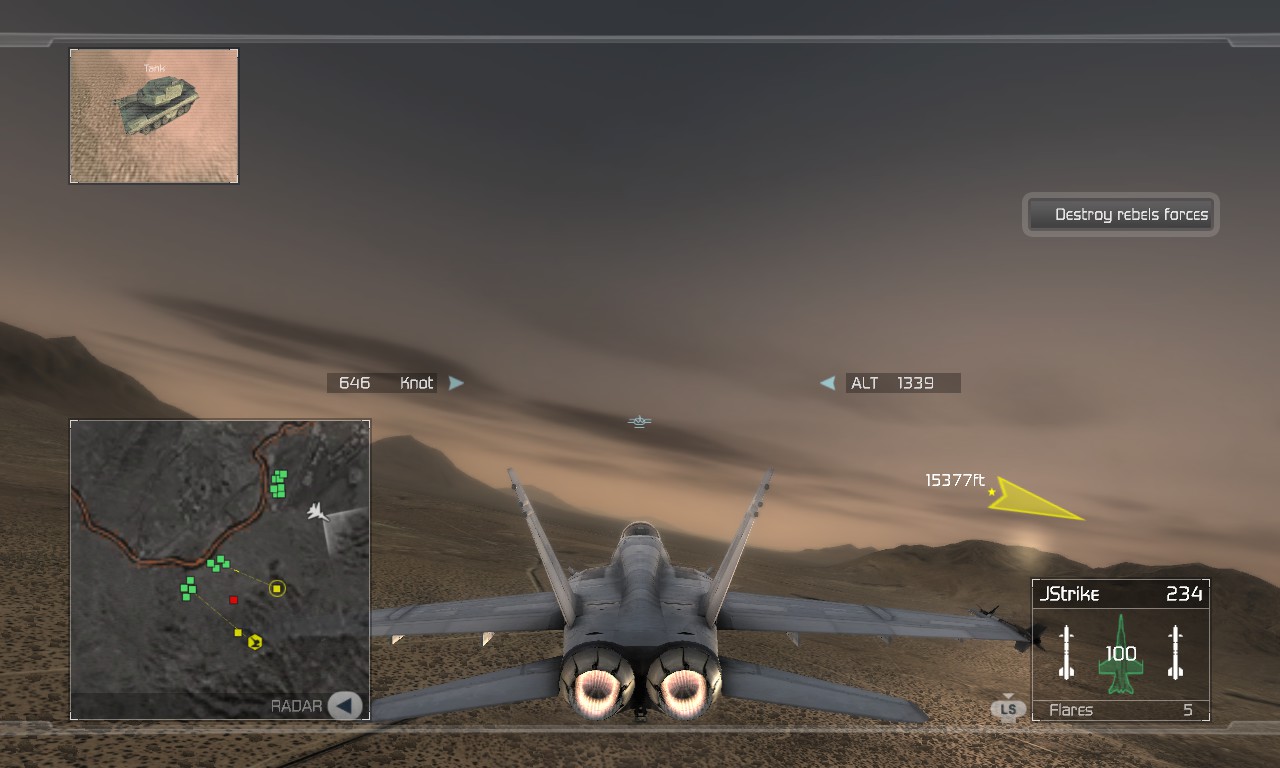 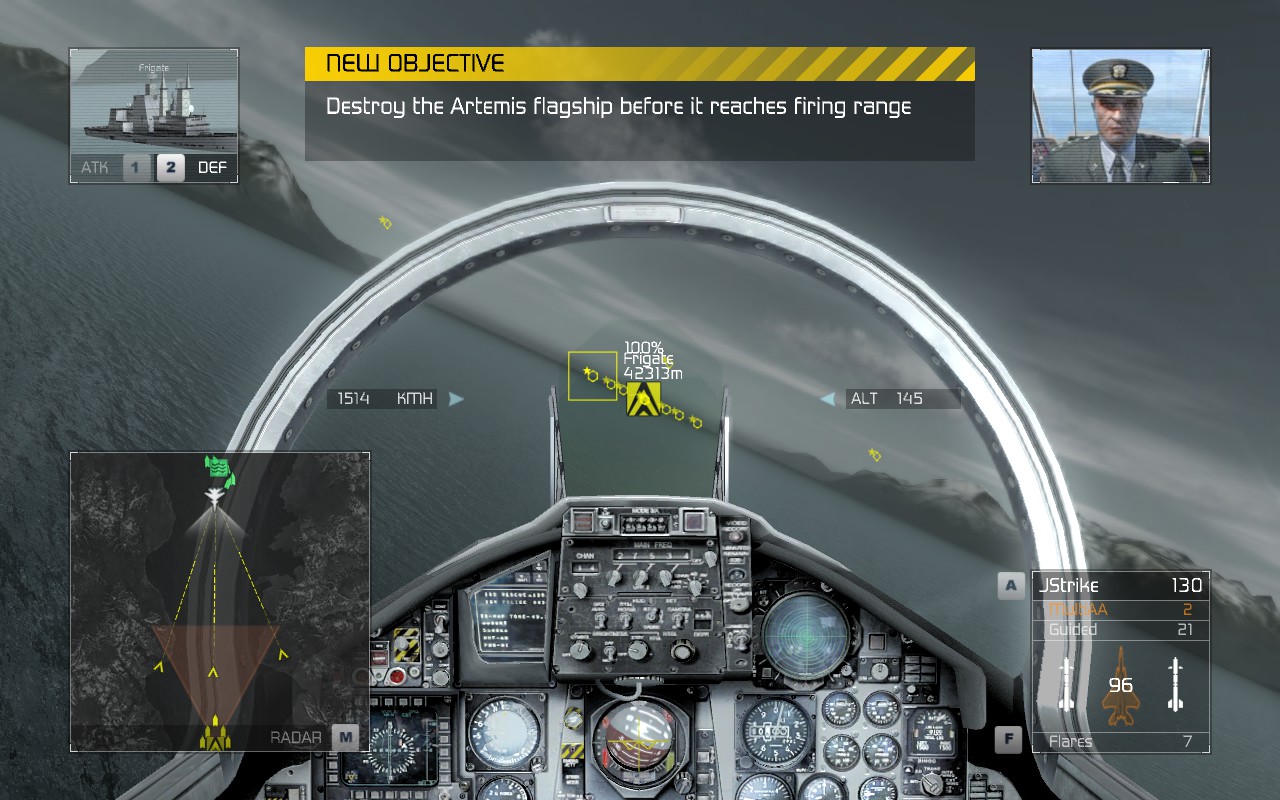 
Description of the game:
Tom Clancy´s H.A.W.X. is a flight simulator that will completely change the way players think about air battles.
The game takes place in the period 2014-2019, when an increasing number of nations are becoming dependent on Private Military Corporations, elite mercenaries who spare neither themselves nor their enemy. Corporations are allowed to use any weapons and equipment to achieve the assigned task, which they use, increasing their power more and more.
Tom Clancy´s H.A.W.X. is closely related to one of the most successful projects Ubisoft - Tom Clancy`s Ghost Recon: Advanced Warfighter 2. The player will work with the Ghost Recon squads, helping them achieve a common goal - to destroy the enemy.

Game features:
* Enhanced Reality System (E.R.S.) is an in-game technology that will help novice pilots feel like real aces. Radar control, missile detection, anti-collision system, damage control system, tactical map and missile trajectory measurement system are all E.R.S .. Also E.R.S. will allow the player to issue orders to their squadron, making it as unique to H.A.W.X. as the Cross-Com system in Tom Clancy´s Ghost Recon: Advanced Warfighter 2.
* Support mode will allow players to enjoy combat missions and complete missions in comfort. After turning it on, the player will be able to fully feel the support of E.R.S .. If the situation around requires total control over the aircraft, the player can turn off the support mode at any time, thereby deactivating all auxiliary systems and increasing the risk of losing the aircraft. On the other hand, it will allow you to perform more precise maneuvers during air battles.
* Brand new multiplayer mode, first seen in flight simulator. Up to four players can play the main campaign at the same time in Jump In mode, which will allow you to connect to the game at any time. In PvP mode, the winners of each battle receive not only experience points, but also money that will allow them to buy new weapons and aircraft.
* Realism and authenticity of what is happening. Players will be given the opportunity to take control of more than 50 of the most famous planes in the world, as well as fight in aerial battles over absolutely real landscapes torn by wars.

Platoon game and training with pros from wotmasters