Tom Clancy´s The Division 2 (XBOX ONE) 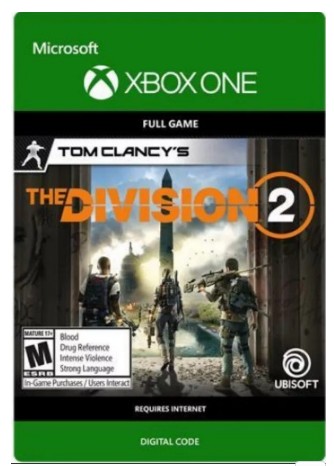 About the game:
A monstrous pandemic has spread across American cities – everywhere there is desolation and chaos, and once-majestic megacities have become a war zone. Tom Clancy´s The Division 2 sends special Forces agents to Washington, where they have to restore order.
The sequel develops the ideas of the original game, skillfully combining a third-person shooter with role-playing elements and MMO specifics. This time you will have to go to dilapidated Washington, beckoning with juicy and bright colors after the snow-covered landscapes of new York from the original. Agents who keep order in a dying world have set up headquarters in the White house – but you can´t hide behind regular army soldiers.

To activate the code, you need to follow the simple steps specified in the instructions that will be sent to your email with the code.

Related to item "Tom Clancy´s The Division 2 (XBOX ONE)":