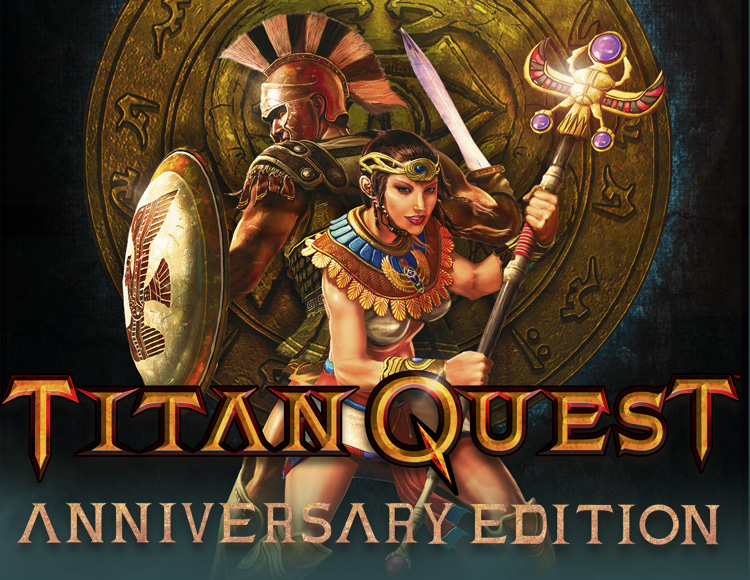 Uploaded: 18.09.2018
Content: titan_quest_0011.txt 0,02 kB
Loyalty discount! If the total amount of your purchases from the seller servicesoft more than:
If you want to know your discount rate, please provide your email:

After payment you will receive a link where you can get a license key for the game Titan Quest Anniversary Edition from the official supplier - the Buka company, for activation in the STEAM system.

1. You need to download and install Steam http://store.steampowered.com/ (if not already installed)
2. Register a new Steam account or log into an existing one.
3. Go to the "My Games" section and select "Activate via Steam", enter the key.
4. The game after activation appears in the list of games and you can download it from Steam.
5. Enjoy the game.

To mark the tenth anniversary of its release, the Titan Quest will appear in a whole new light. The Anniversary Edition combines Titan Quest and Titan Quest Immortal Throne in one game, which has become much better and will give the highest level impressions in the role-playing action genre.

Anniversary Edition differences
The multi-user mode has been restored, improved and has received new features such as built-in voice chat and NAT support, providing the best network connection
Now supports more screen resolutions, increased camera distance and added the ability to scale the interface
Improved game performance and stability
Support for creators of custom modifications has been expanded, thanks to new features and full integration with Steam Workshop
Complete revision of the balance and improvement of all schools of skill, types of damage, unique items and sets
Many fixes and other improvements, including all fixes made through the community of players over the past ten years
Increased the number of trials and rewards for large groups of players at high levels of difficulty
Dozens of new heroes and bosses
Improved artificial intelligence of your enemies and friends
Life has become easier and more fun, thanks to speed settings, an increased supply of consumable items, the ability to quickly pick up dropped items and carry even more things with you
Less opportunities for dishonest game, exclusion of test items and comparison of installed modifications in a network game
The ability to invite your friends from Steam
Steam Achievements
Steam Trading Cards

Titan Quest is a collector´s re-release of the popular RPG, which included: the original Titan Quest, a role-playing game from the creator of Age of Empires, Brian Sullivan, in which, after fighting the Parthenon, the Knossos labyrinth, the Great Pyramids and the Hanging Gardens of Babylon, you need to find a way to re-imprison the titans who escaped from places of their eternal exile, Tartarus, and Immortal Throne - an addition in which the player will challenge Cerberus himself, cross the Styx, unravel the prophecy of Tiresias, fight side by side with Achilles, Agamemnon and Odysseus to As a result, defeat powerful enemies. Also in the kit will include a unique soundtrack with the best songs from the game.

Game Features:
An epic adventure in the ancient world.
Included is the original Titan Quest and the addition of Titan Quest: Immortal Throne.
Amazing three-dimensional graphics with an incredible level of detail and realism.
Exciting berserk action.
An extensive class system and modifiable skills.
An endless, fascinating game world and no loading screens!
Over a thousand unique and legendary items of equipment.
Challenge the titans alone or share the glory of victory with friends, setting off to seek adventure together.