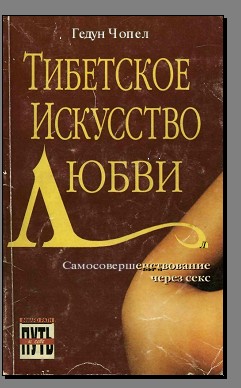 Ruban information about the seller and his items
offlineAsk a question

In 1967, a goal, when my five-year stay in the Lamaist Buddhist Monastery of America vFrivud Ekrs. New Jersey, came to an end, Mrs. Dorje Yudon Yuthok asked me to translate her notes. After numerous amendments and additions made to the manuscript with the help mnogihlyudey, she became behold autobiography, published in 1990 under the name "The House with turquoise roof." When work on her book was finished, she said that Western readers would be interested in the English version of "A Treatise on the passions" Geluna Chopel, and we sat down for the transfer. In the text published in 1967godutibetskom were many difficult moments, so the manuscript translation of twenty-four years lain among other work in progress. Then I managed to get much more successful version of the book (edited reprint of 1983 edition in 1969), and in 1991 began work on a new translation, which is the result of this publication. Some of the previous translations of erotic works much postradati otnavyazannyhtskstu views themselves translators who usually thrown from the translation of "sensitive" topics. Readers can be assured that the translation - the most accurate and complete presentation of the original.

The arbitration process in the Russian Federation