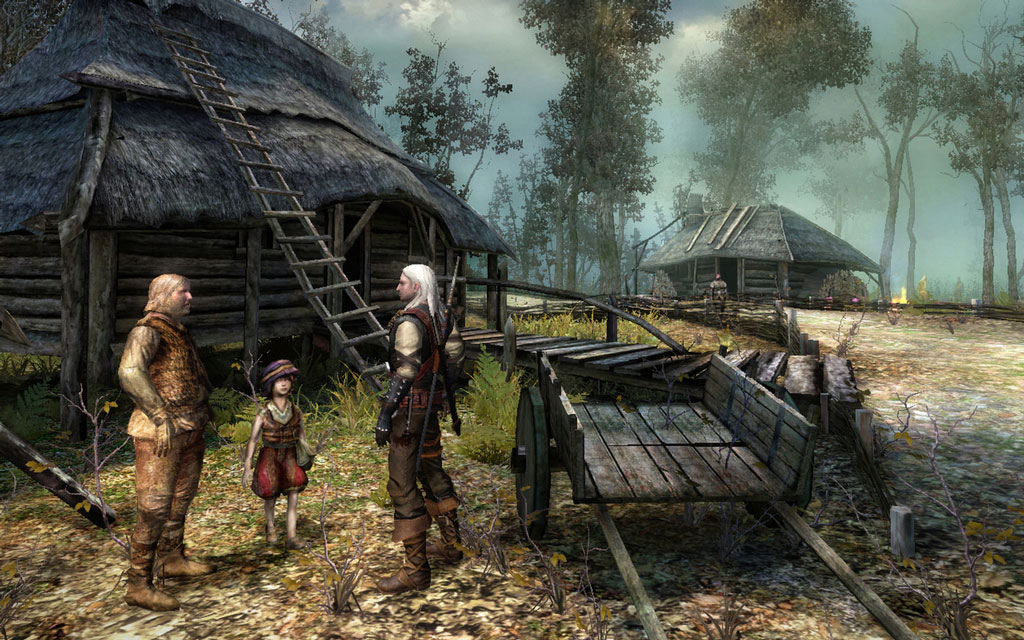 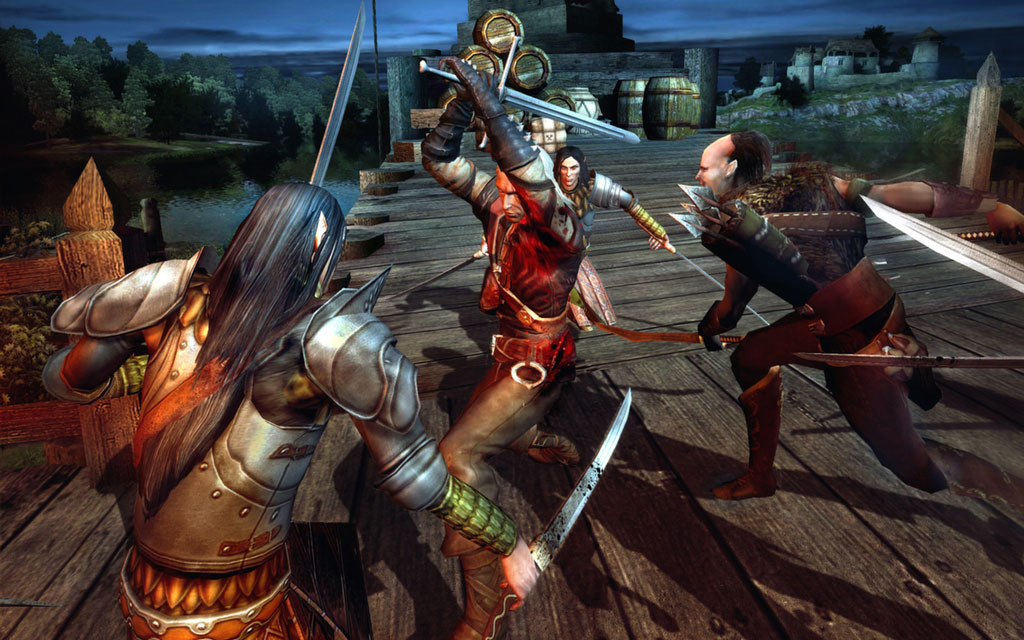 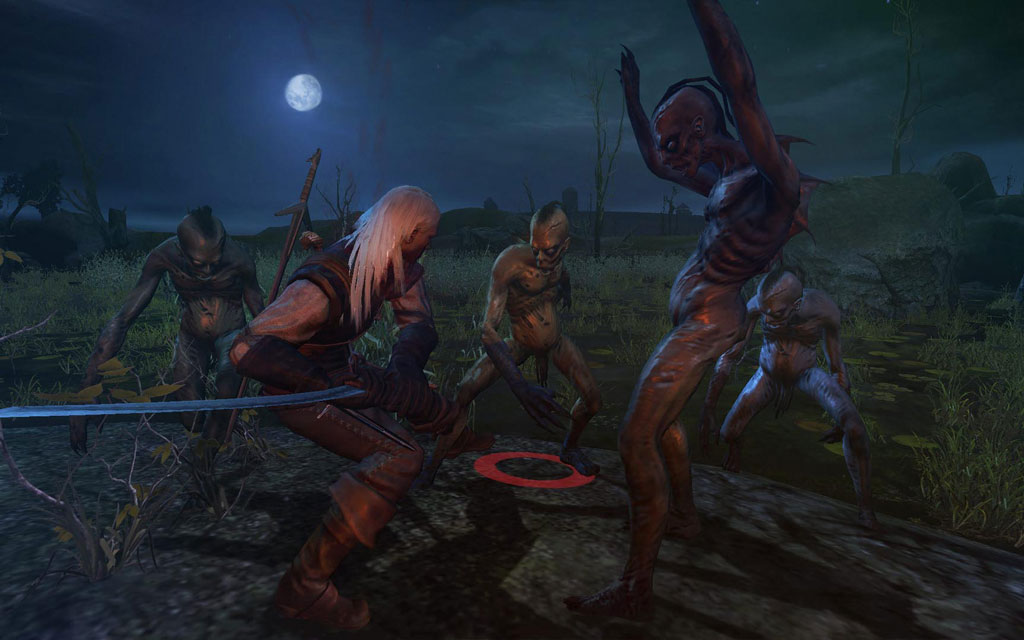 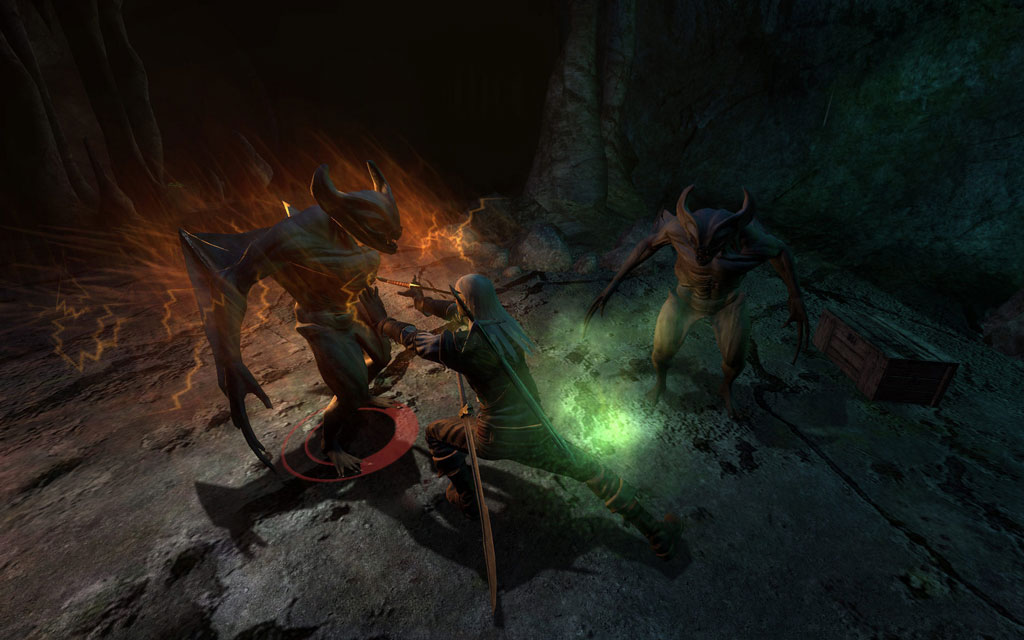 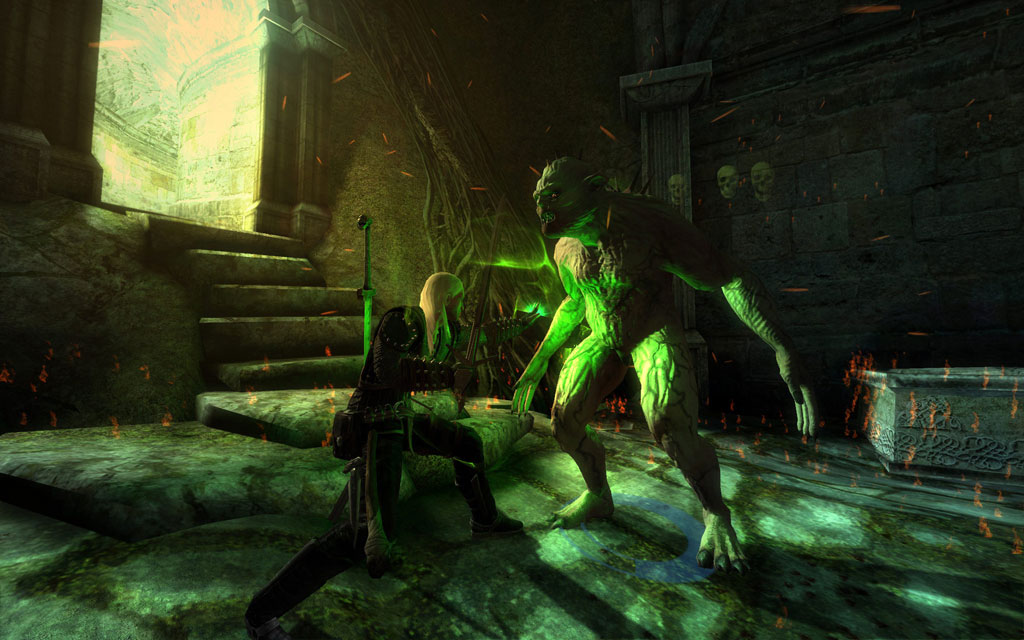 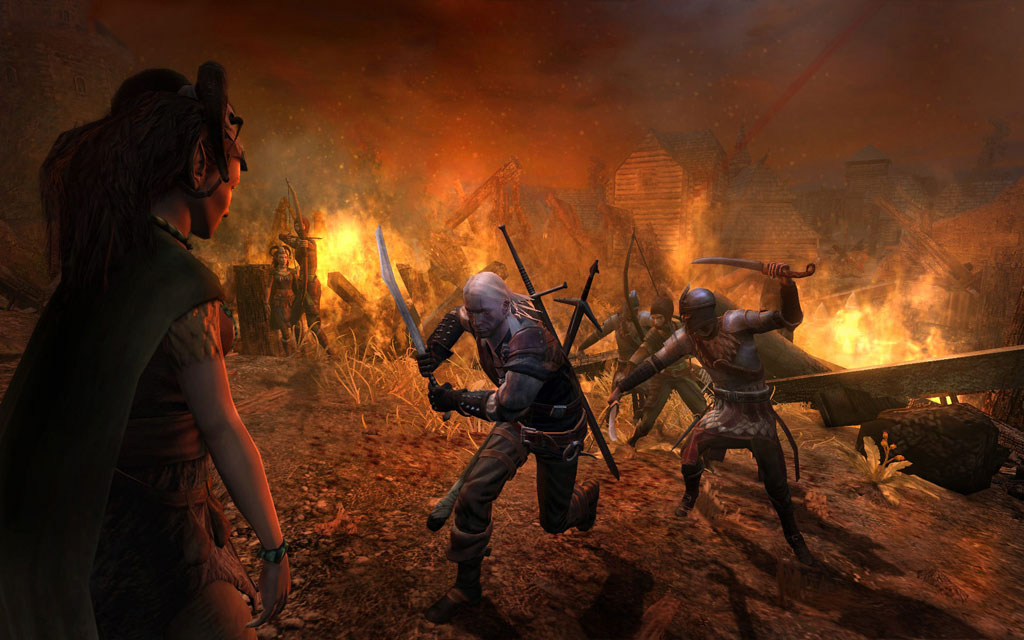 Game The Witcher (The Witcher) immediately after the bombshell and shook the already well-established genre of role-playing projects. The developers managed to dispel stereotypes about games from Eastern Europe - "The Witcher" has collected about hundreds of the most prestigious awards, including numerous nominations for "Best Role Playing Game of 2007" from renowned gaming magazines and Internet portals. Solid budget, great graphics and dramatic non-linear plot, based on the works of cult Polish science fiction writer Andrzej Sapkowski led to unprecedented success.
There is no single positive hero: the governors corrupt, lascivious princess and knights brutal. In this amazing fantasy world there is no clear dividing line between good and evil. All decisions of the player and his reputation form a unique storyline with three possible endings.
The main character - Geralt, Witcher from Rivia, a professional fighter monsters. It does the job not the best of intentions or desire to make the world cleaner - he simply earns a living.
In the arsenal Witcher - conventional and silver weapons, drugs and elixirs, deadly for the unprepared person, the magical "signs" that can control other beings. The player chooses what methods Geralt will hold better. Six combat styles, dozens of potions, modifiable weapons and magic - all this will help win over any opponent. Special thanks fans will get a dynamic battle and spectacular ways of destroying the enemy (for instance, players will be able to decapitate the enemy, cut his throat, let gut, impaled, brain, and so on. D.). Combat system based on real medieval battle tactics. In order to battle seemed realistic in the animation attended by specially invited masters of martial arts experts and sword fighting.

The Witcher 3: Wild Hunt - Game of the Year Edition (RU/UA/KZ/CIS)