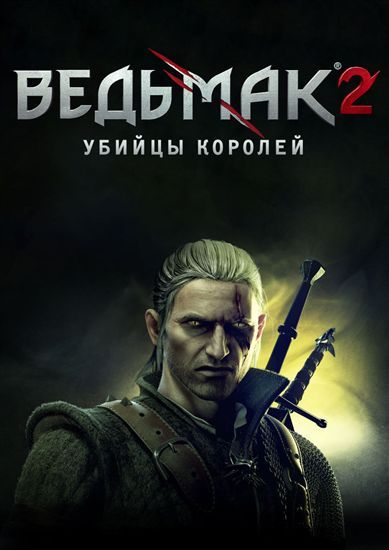 The second part of the saga of The Witcher Rivii - an interesting and deep story with a nonlinear storyline. Prevent the killing of King Foltesta, Geralt was involved in political intrigues. But his main task, one way or another, is to protect the life of the monarch, and for that White Wolf will find out who organized the attack and had sent a mysterious killer with "vedmachimi 'eyes.

Continuation of the famous role-playing game released not only a thrilling story, but also a new game engine, as well as the original battle system, based on real-life styles of martial arts and possession of knives.

* Heroes do not change.
Players will once again perform in the role of Geralt, a professional hunter in all sorts of evil and the hero saga by Andrzej Sapkowski.
* A new level of freedom.
Three independent storylines randomly intertwined. All key events are directly dependent on the actions and decisions of the players, and who as a result will lead to one of several alternative endings.
* "Alive" world.
All events occurring in the world, "Witcher", interconnected, have their own cause and effect, and every NPC operates in accordance with its aims and beliefs.
* Individual style.
Combining the three parameters of the character - the possession of the sword, the art of magic and alchemy - can create a hero according to the wishes and views of each player.
* Plenty of options for development.
The new system mutagens modifies the effects of each skill, depending on individual preferences. Craft is able to create almost two hundred items, including armor, gloves, belts and leggings, as well as select the optimal gear.
* With sword in hand.
The combat system continues the traditions established in the first part, but is highly dynamic and more freedom to make tactical decisions.

For those who do not know how to pay via vebmoney, Yandex, etc., then we
We offer to view the following video explaining how to pay cash through the outdoor payment terminal:
http://www.youtube.com/watch?v=feZqLLrABww
= = = = = = = = = = = = = 6 REASONS WHY WE = = = = = = = = = = = = = =
1) GUARANTEE - we are the authorized dealer of the publishers of "1C" and "Buck" in Russia, CIS and Baltic countries. We look forward to a long-term sotrudnichestvo.U we have more than 15,000 sales after the purchase you get a discount on all our products.
All our products can be viewed at the link - http://cyberlines.plati.market

2) Discount - You can get a unique system of discounts for all our products, discounts up to 15%

3) SAFETY - All keys purchased from us are absolutely legal, purchased from the official distributor - the company 1c and Buka, which ensures that the keys are perfectly legal and are not locked.

5) Instant delivery speed - After payment you will receive the key immediately, your key will be visible on the page receiving the goods oplata.info, as well as being on your mail comes a link to receive the goods.

6) The high level of service - Our operators are always ready to answer all your questions through online instant messenger or via ICQ to address any issues.

After activation serial key, the key becomes valid
ie re-use it is no longer possible, so
Be sure to remember all the details of your account! Without them, you will not be able to gain access to active games in the future.