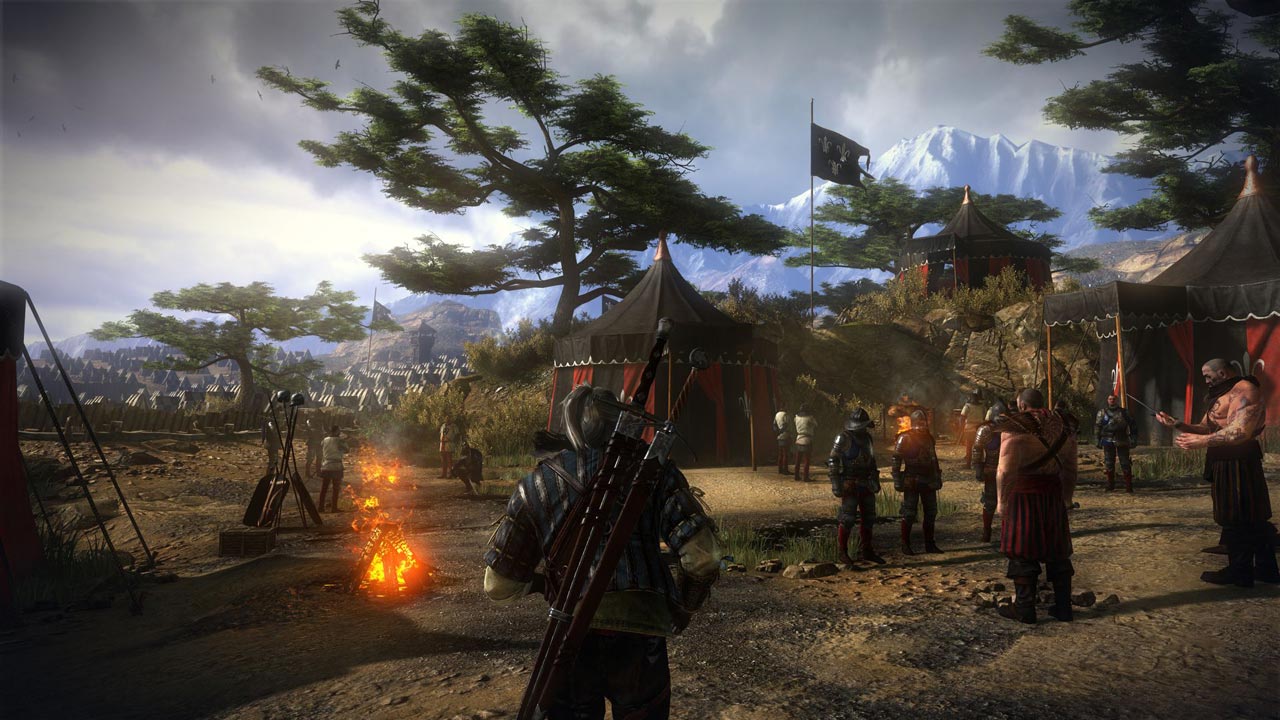 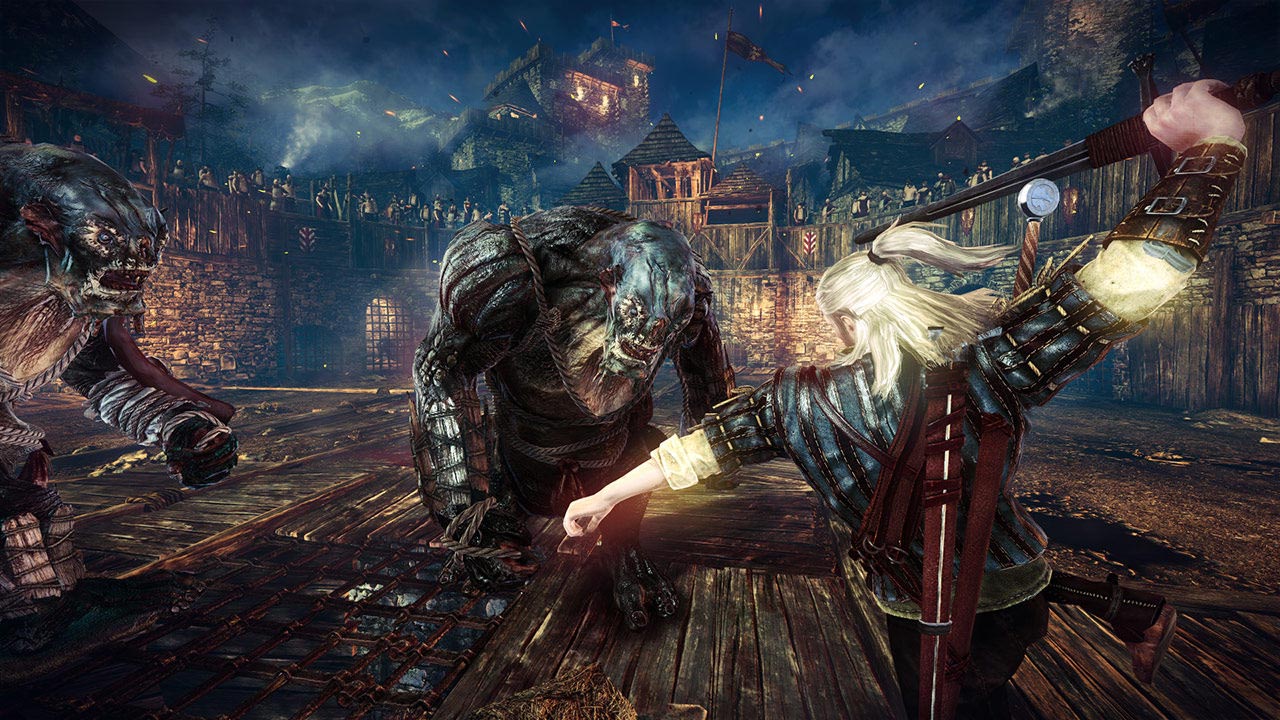 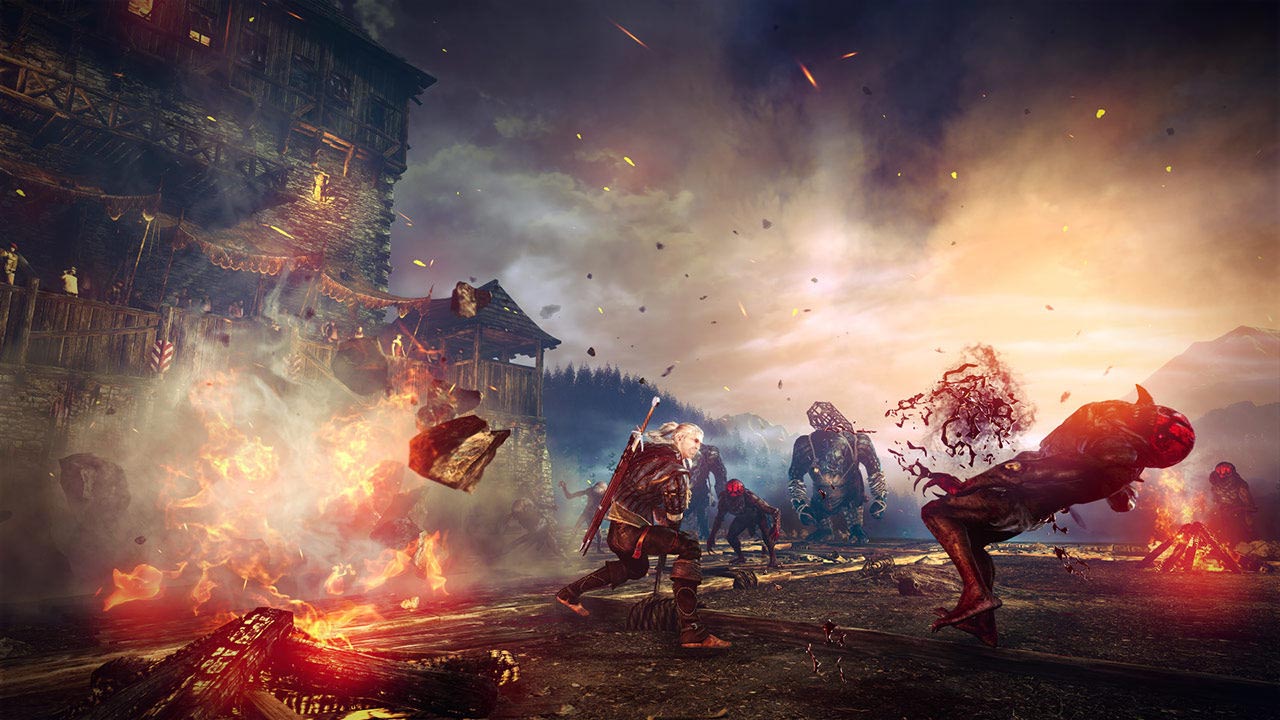 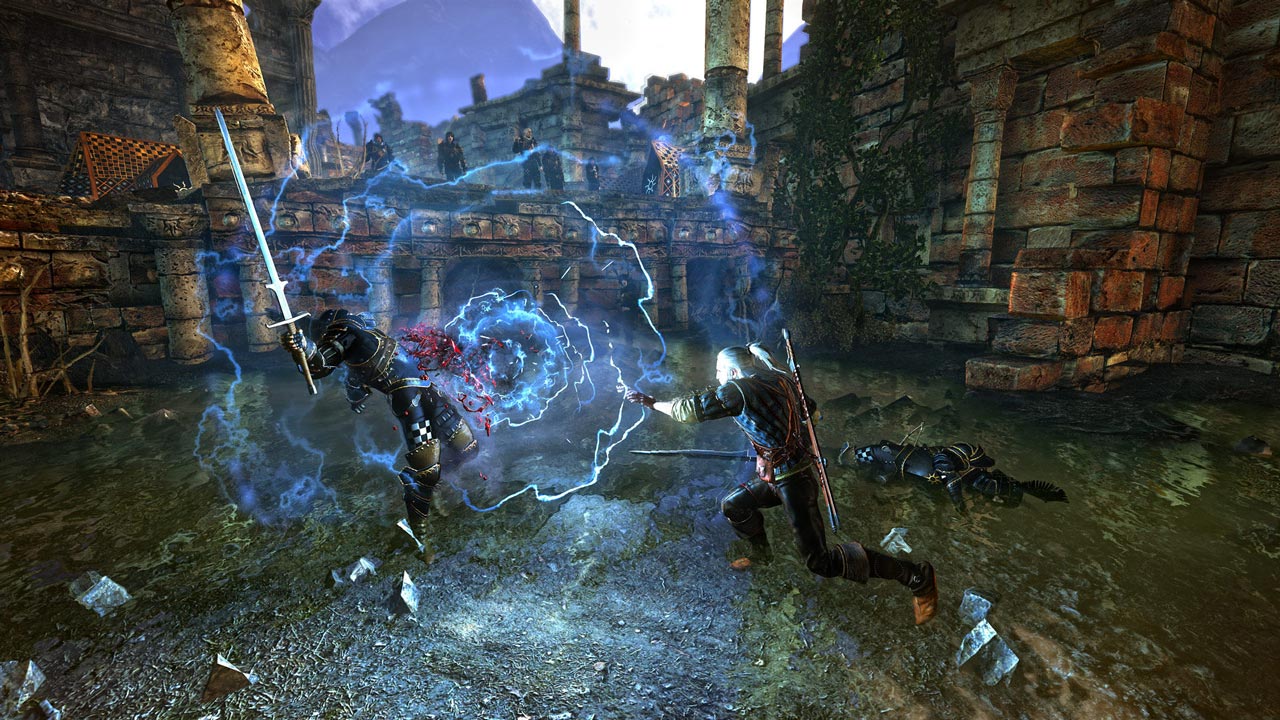 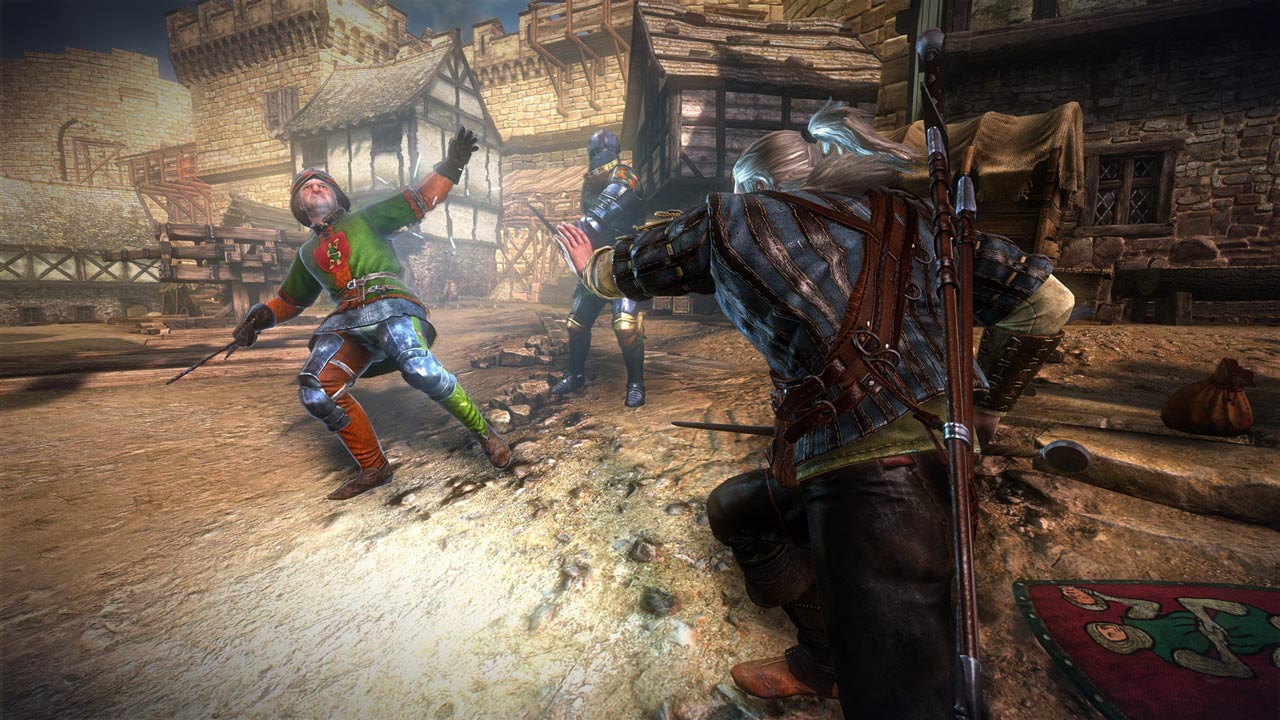 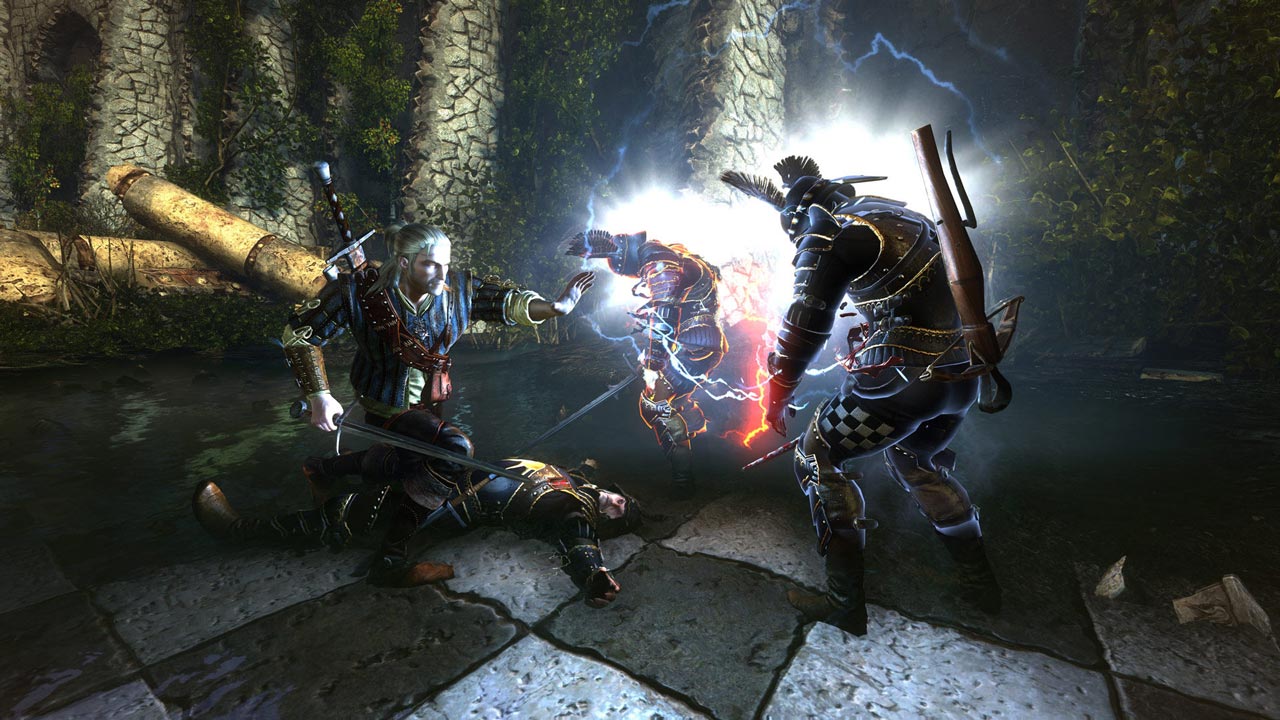 =======================================
You have to try yourself in the role of the witcher Geralt of Rivia, a professional killer of monsters. Finding himself in the epicenter of political chaos, Geralt manages to stop the Grand Master of the Order of the Burning Rose. Soon after, a mysterious murderer, very much like a witch, encroaches on Foltest. Geralt manages to save the king and he becomes his bodyguard. Folthu is able to restore order in Temeria, but this is not the end. Baroness La Valette disowned the throne and settled in her fortress with a small garrison. A month later Foltest´s armies stood at the walls of the fortress of La Valette, preparing for the last assault. On the side of Foltest, Geralt joined the ranks of his army, trying to find answers to his numerous questions.

• The player will once again play the role of the main hero of the saga of Andrzej Sapkowski - the witcher Geralt, a professional hunter for all sorts of evil spirits
• Three independent storylines are arbitrarily intertwined. All key events directly depend on the actions and decisions of the player, which will result in one of several endings
• All events occurring in the Witcher´s world are interrelated, have their own causes and effects, and every non-player character acts according to his goals and beliefs
• Combination of three character parameters - possession of the sword, art of magic and alchemy - allows you to create a hero in accordance with the wishes and views of each player
• A new mutagen system modifies the effects of each skill depending on individual preferences. Handicraft makes it possible to create almost two hundred items, among which are armor, gloves, belts and leggings, and also to choose the best outfit
• The combat system continues the traditions laid down in the first part, however it differs by a higher dynamics and greater freedom in making tactical decisions

Innovations extended edition
• Additional 4 hours of playing time: new adventures in previously unexplored territories, augmented plot, new characters, riddles and monsters
• New cinematic game scenes: a large number of new story clips, including a cinematic introductory video for 3.5 minutes, showing the assassination of King Demavend of Aedirn
• The founder of the introductory video was Tomek Baginski, BAFTA Award winner and Oscar nominee
• All previous additions and improvements added to version 2.0:
 Arena is an arcade mode that allows players to experience themselves in battles with endless waves of enemies
 The new training system - gradually reveals to the players the world of the game and the history of the wanderings of Geralt
 The dark level of complexity is the difficulty mode, designed specifically for professional players. Contains special "dark" items. Playing at this level of difficulty, you will have to carefully prepare for the battle, think through defensive maneuvers and risky attacks
• Official audio in MP3 format
• Map of the game world
• Guidance on assignments
• Game Guide

1. You must download and install Steam http://steampowered.com/download/SteamInstall.msi (if not already installed)
2. Create a new account on Steam or go to an existing one
3. Copy the received link and paste it into the Internet browser
4. Take a gift to your library or add it to your inventory