The Law of Love. Michael Shchelkonogov. 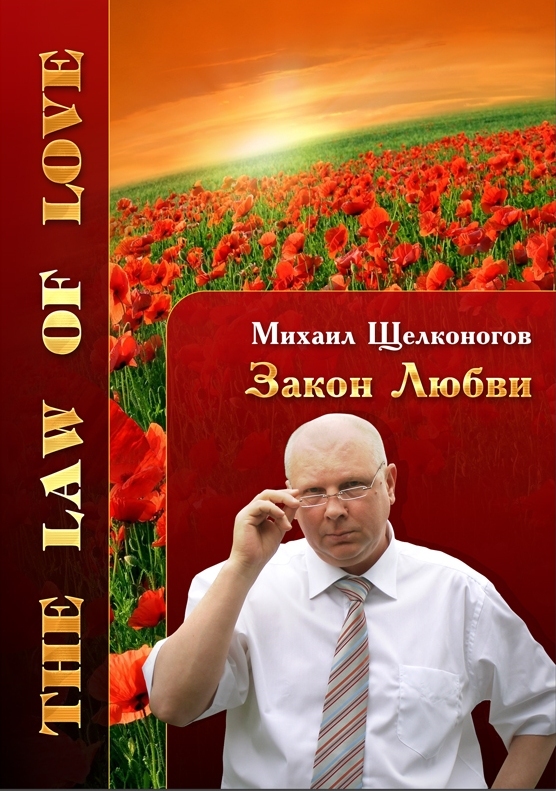 I want to show that love is not a feeling that can easily enjoy everyone, regardless of their level of maturity achieved. I want to convince the reader that all his attempts to love will certainly fail if it does not make every effort to develop his personality as a whole and to reach a creative approach to life. Love works wonders. Who does not love, he did not live ...

Contents:
1. From the author.
2. They say the students ...
3. The principle of honesty.
4. The principle of respect.
5. The principle of sincerity.
6. The Law of Love.
7. Teaches that hurts.
8. Method of "Respect the mentality of the outside world."
9. Guidelines addressed to listeners IMTA.
10. Used and recommended reading and videos.
11. Frequently Asked Questions.
12. schools and students.

- I was about love - asked the girl with orange hair and out of it Bunin, wrinkled - No, this is not the ...

I realized that the "love of man - is to see it the way it was created by God," and it's not so easy. And when reacts, here shown in full color spirituality, sincerity, tolerance, compassion, generosity, something invisible is hidden, and this interaction gives food for further work my soul to save the trinity.

I began with great respect for her husband, I began to understand his misfortune. And he began to look differently at me. I began to pay more attention to his son.

I learned to understand, to love and respect their children. Erstwhile blind selfish and overbearing love has become a real parent, sincere, respectful and honest.

So, "can be compared to a large male lying, strategic, architectural, ancient, as the word of Cain, with a pretty female lies, which does not appear to make any sense, intent, and even self-interest?"

Integrity - an objective, not a biased understanding the phenomenon, finding its essence, truthful answers to the questions "How should it be?", "What's happening?", "Who is guilty?" And "What should I do?" And accordingly, the adequate behavior of the situation. And continued to know the truth - so being able to see objects and phenomena as God sees them, ie, objectively and impartially in all the diversity and depth. Knowledge requires to be honest, and ignorance - to seek knowledge.

A smart man always keeps his word, the wise - will never give!

So, respect - harmonious, adequate, honest and sincere reaction, thought, action, expression of feelings and actions in line with the need of the present moment. Wise people say that you can not love others without loving yourself. Right, because then not possible harmonization of the internal and external worlds.

-C Whom I leave the baby?
Karavaev angry:
- If everyone would just take care of your children, Russia will perish.
Maroussia replied:
- Contrary. If everyone takes care of their child, everything will be fine.

- 2 199 023 255 550.
- I agree. So much you have to be the ancestors of only one last thousand years. We proceeded from the fact that both men and women to produce offspring at the age of 25 years. If they produce offspring earlier and the way it always was, then a thousand years are not recruited forty generations and more, and the number of ancestors increases quite astronomical manner. If we look further into the depths of a thousand years, the Roman Empire, during the Viking Age and the heyday of the Byzantine Empire, the pyramid of your ancestors can not be expressed by any figures.
- But on the ground it has never been, is not and can not be so many people.
- Of course no

Related to item "The Law of Love. Michael Shchelkonogov.":